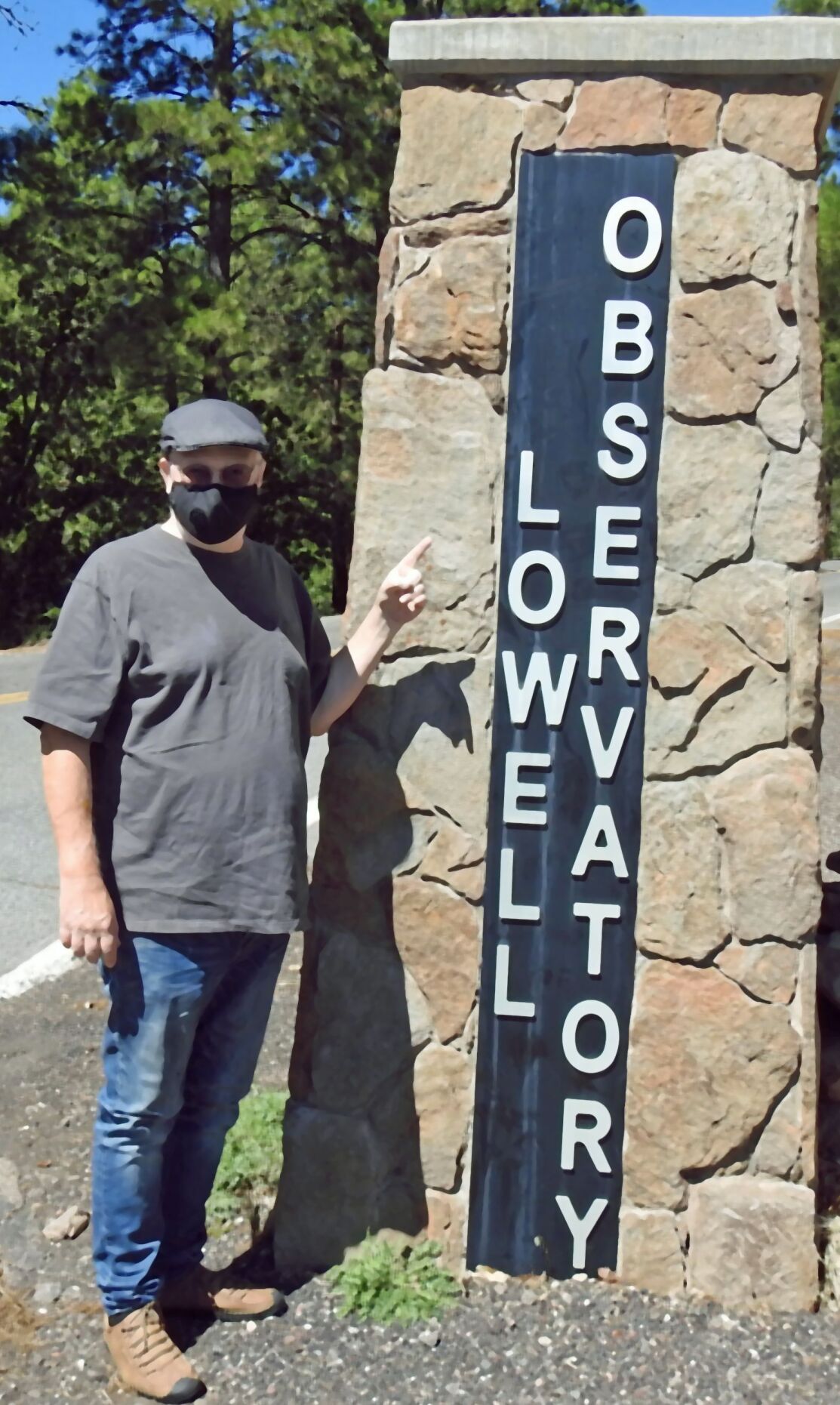 The author at the entrance to the Lowell Observatory in Flagstaff, Ariz. 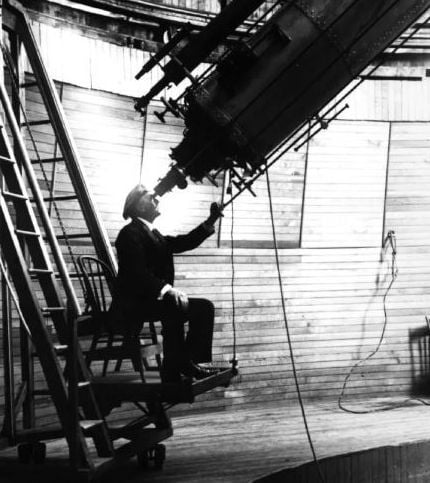 In this historical photo, Percival Lowell looks through the Clark telescope at Lowell Observatory, Flagstaff, Ariz.

The author at the entrance to the Lowell Observatory in Flagstaff, Ariz.

In this historical photo, Percival Lowell looks through the Clark telescope at Lowell Observatory, Flagstaff, Ariz.

FLAGSTAFF — One of the reasons we moved from beautiful Arcadia, Fla., was to be as near as I could get to the Lowell Observatory in Flagstaff, Ariz.

The Lowell Observatory holds a special place in my heart, as it served as home to my greatest inspiration, Clyde Tombaugh. A lot can be learned from Mr. Tombaugh.

The secrets of the universe will indeed reveal themselves to the "nobodys" who care enough to seek them out. This fact I can assure you as being truthful.

Clyde William Tombaugh was born on Feb. 4, 1906, in Streator, Ill., the son of a farmer. In 1922 the family moved to Burdett, Kansas, where Clyde made grand plans to attend college to study mathematics and astronomy. However, in or around 1926 the family’s farm and most of their crops were destroyed by a hailstorm. This was devastating to Clyde and his family. This news dashed Clyde’s hopes of ever attending college.

Here is where the lesson begins: No college for Clyde, but he was not discouraged. He could not, for example, afford a store-bought telescope, so be built his own, grinding mirrors on a fence post and constructing an equatorial mount from broken farm equipment.

Then to make better use of his homemade equipment, Clyde dug a seven-foot-wide, eight-foot-deep, 24-foot-long trench that would provide a consistent temperature, reduce air currents. This trench was also used by his family as a root cellar and a storm shelter.

From this trench with his homemade telescope Clyde made careful observations of the planets Mars and Jupiter. He could not afford a camera so he made very accurate drawings of the planets he saw through the eyepiece of his telescope.

After a while he submitted his drawings to the Lowell Observatory, which was founded in 1894 by Percival Lowell. He felt that Flagstaff offered some of the finest skies to work with in the continental United States. Lowell was so impressed by Clyde’s drawings, he offered him a job.

Delighted, Clyde gratefully accepted. There the observatory embarked on a quest to discover what was then called Planet X. Using a Zeiss blink optical comparator, Clyde discovered a small planet residing outside the orbit of Neptune, or Planet X! This discovery was sadly made some 14 years after Lowell's death on Nov. 12, 1916.

Planet X was renamed Pluto in honor of Lowell by ensuring the new name would include the letters P and L for Percival Lowell. Pluto was later designated a minor planet in the year 2006.

Tombaugh was also credited with the discovery of several asteroids and also found evidence for an expanding universe.

So, there you have it, my greatest inspiration — a Kansas farm kid with a homemade telescope and mount with no formal education making discoveries that astound and fascinate us over 100 years later. So important was the work done by Clyde Tombaugh at the Lowell Observatory that Time magazine listed the observatory as one of the 100 most important places on earth!

The life of Clyde Tombaugh is a fine example of how the secrets of the universe will reveal themselves to those of us taking the time and energy to seek them out.