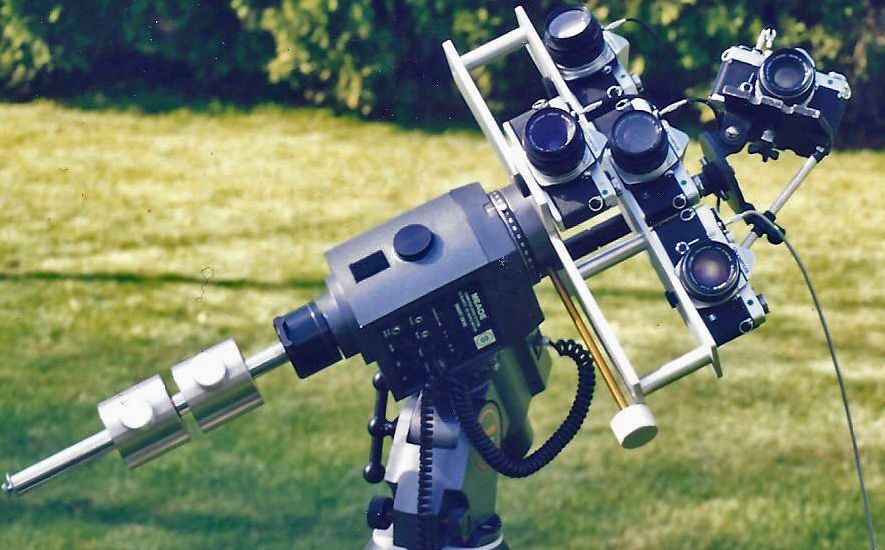 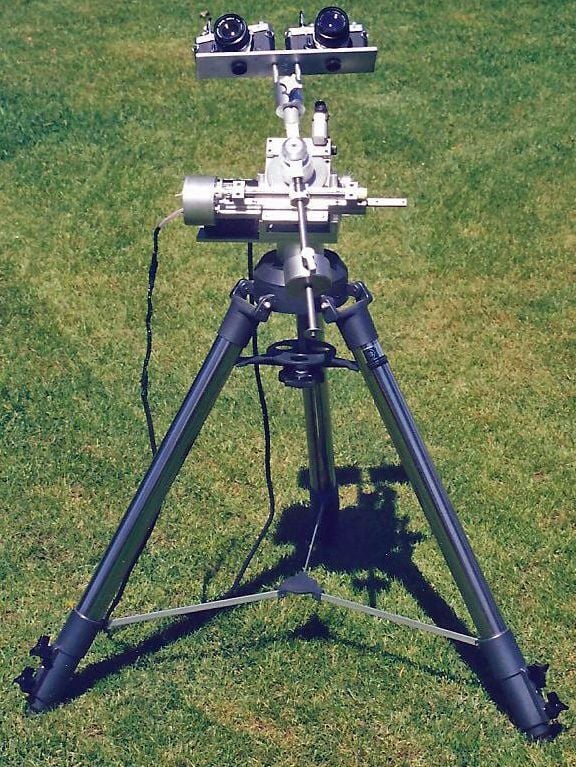 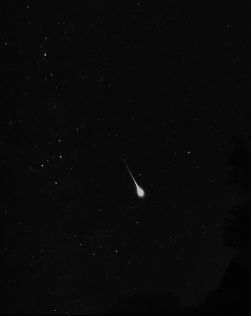 A fireball meteor is captured using the Oculus camera. The meteor was authenticated as a fireball by the American Meteor Society.

A fireball meteor is captured using the Oculus camera. The meteor was authenticated as a fireball by the American Meteor Society.

SEDONA — One of my greatest joys in life has been documenting meteor showers. When I was a young man, I would drive some 200 miles from our home in a Chicago suburb to Algoma, Wisconsin, where my family owned a couple of acres on the shore of Lake Michigan.

There the sky was quite dark and meteors (even dim ones) would readily show themselves. There I would set up a pair of equatorial mounts (one of them homemade) that were modified to carry several cameras, each piggyback style. This is a configuration that would use an equatorial mount without a telescope, or sometimes a camera could be mounted atop a telescope piggyback fashion, hence the name.

This configuration of using a camera and a normal lens would produce a fairly wide-angle image of the sky in the hopes of capturing a meteor in one of the frames.

This was back in the day when we used film. So we never knew if we caught a meteor until our film was developed.

I learned some patience that way.

The use of polar-aligned equatorial mounts provided pinpoint star images and some nebulosity ... but problems often arose. These cameras would have to be babysat, as dew would often cloud and distort the image. Our 12-volt hairdryers would constantly run to keep optics clear. Dew zappers were also used frequently.

And film needed to be advanced in each camera after every 10-minute exposure, plus the right ascension motors of the equatorial mounts were always running, so care was taken to ensure cables would not get caught on something and stretched to their breaking point.

It was cold in Algoma ... and in my life I have never seen bigger mosquitoes, I swear!

This system worked well for many years until we moved to Florida (from the backwoods of Missouri), where the Floridian sky was quite light-polluted and my 10-minute exposures were reduced to less than a minute or two.

There, I found video with a digital camera worked best, at least from home, where I could switch out Secure Digital, or SD, cards after running the camera for 30 minutes or so and check out the results of the first SD card on my computer while making video of the sky with the second SD card.

An equatorial mount was also not required. I made some of my greatest meteor captures using this method. Fireballs are great meteors, brighter than any object in the sky other than the sun and the moon.

My fastest lens is a 50mm 1.4 Carl Zeiss Planar manual focus model. One would like to use the fastest lens available for meteors in hopes of capturing the faintest ones. This is a great lens for meteors, however it sees only a small section of the sky — perhaps most of Cygnus or Cassiopeia, for instance.

Now for the solution, and honestly the coolest thing I have found for meteors, and that is the Starlight Xpress Oculus all sky camera. It is offered in two versions; a 2.5 mm f/1.2 150 degree and a 2.5mm f/1.2 180-degree version.

The 180 gives a true horizon-to-horizon image, like in the desert where there are no obstructions, while the 150 gives a slightly smaller field of view, handy if you plan to use it where trees, buildings or other things might block part of the sky.

The camera is powered by a USB port and will make up to 1,000 exposures of the sky all night long, even while you sleep!

These exposures can be easily combined into a video, reducing the entire night sky, all of it, into a one-minute or so video. I would then slow the video down in a Movie Maker software program. The video can then be searched for meteors at your leisure.

The Oculus camera also has a built-in heater to prevent the dome from fogging from dew. And again an equatorial mount is not required; a simple tripod works very well with this.

The Oculus camera costs about $1,000. But it is money very well spent if your interest lies in capturing a falling star on film.

Santa Barbara Instrument Group also makes a very fine all-sky camera ... but it costs about three times as much.