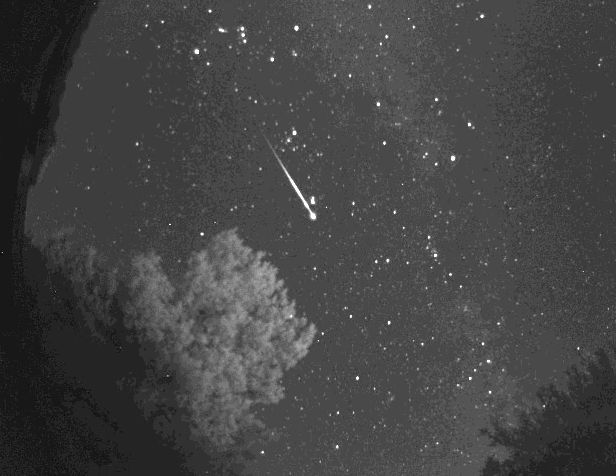 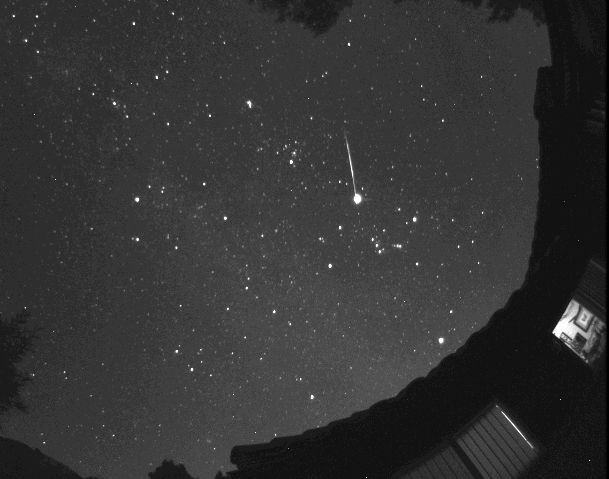 A meteor captured Oct. 19, 2020, with the Starlight Xpress Oculus all-sky camera. This one may not be a true Orionid, but it was captured 24 hours before the predicted peak of the Orionids. 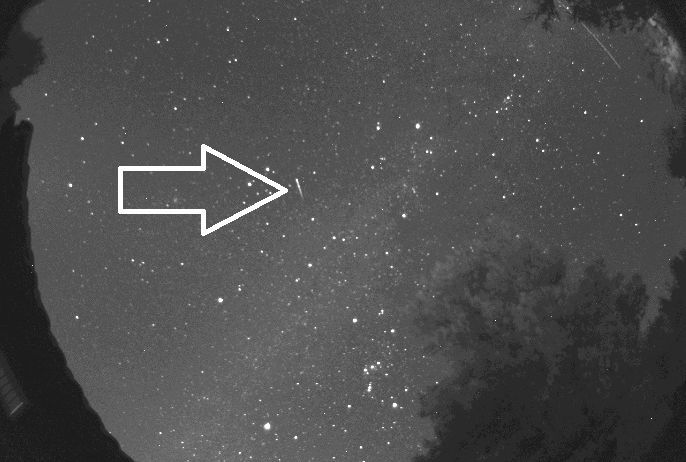 A meteor captured Oct. 19, 2020, with the Starlight Xpress Oculus all-sky camera. This one may not be a true Orionid, but it was captured 24 hours before the predicted peak of the Orionids.

SEDONA — According to the American Meteor Society, the Orionid meteor shower should be active through Nov. 7, 2020. The peak time of activity for these meteors was to be after midnight on the evenings of Oct. 20-21.

But there's still time to view these amazing spectacles.

I personally hold a special place in my heart for Orionid meteors, as they are remnants of Comet Halley, the world's most famous comet and the first one I had the pleasure to see and photograph.

Halley makes its journey around our sun every 75-76 years. It leaves in its wake a debris field of particles in which the earth in its own yearly orbit around the sun passes through. That occurs every October, like clockwork. Comet Halley should return to our skies in the year 2061.

The Orionids are swift meteors that travel at about 148,000 miles per hour. They originate from the constellation Orion (the Hunter), hence the name.

There is another lesser known meteor shower that was produced by Halley, those being the Eta Aquarids seen in May.

The Orionid meteor shower has generally produced about 20 meteors per hour. But during times of peak activity, many “fireball” meteors have been reported. This year, NASA’s all-sky cameras captured some 19 fireball meteors in a single night! Fireballs are meteors brighter than anything in the sky, other than the sun and moon.

November and December offer several meteor showers, most notably this one and the famous Geminids of December.

Northern and Southern Taurids, the Leonids, the Ursids and the Quadrantids run through Jan. 10.

That being said, these winter months can be rich in “falling stars” for us to enjoy.

Now a word on observing meteor showers. As always, avoid city lights. Light pollution can drown out many of the fainter meteors. Downloadable apps on sites such as Google Play or Apple Store can be a great help in locating radiant points and constellations.

Caution: Looking at a cellphone screen can destroy your eyes adapting to the dark for some time, defeating the purpose. Checking the phase of the moon can help too, as a full or nearly full moon can also drown out fainter meteors. Every year can be different, so the less moonlight the better. The glare from well-meaning landscape lights must also be avoided.

These wintertime meteor displays can be for some of us very cold, so dress appropriately and consider a hot beverage. A lawnchair is highly recommended for comfort, as well. And a warm blanket too is nice.

I remember one cold January night in Missouri when I was trying to capture a Quadrantid meteor on film, ducking in and out of my barn to advance film in multiple cameras while thinking about frostbite and how I could tell if I was getting it on my fingers, toes and nose. The peak of the Quadrantid meteors is very short, only six hours or so. (I did manage to get one that frosty night in Ursa Major).

Being in the right place at the right time is paramount. However, seeking meteors well before and well after the predicted peak can often produce results.

Falling stars can be very exciting, as they can all be very different. Meteors can produce different colors depending on their composition. They can leave smoke trails that can last several minutes. And they can even make a dramatic sound as they enter our atmosphere and burn up to be forever lost in space.