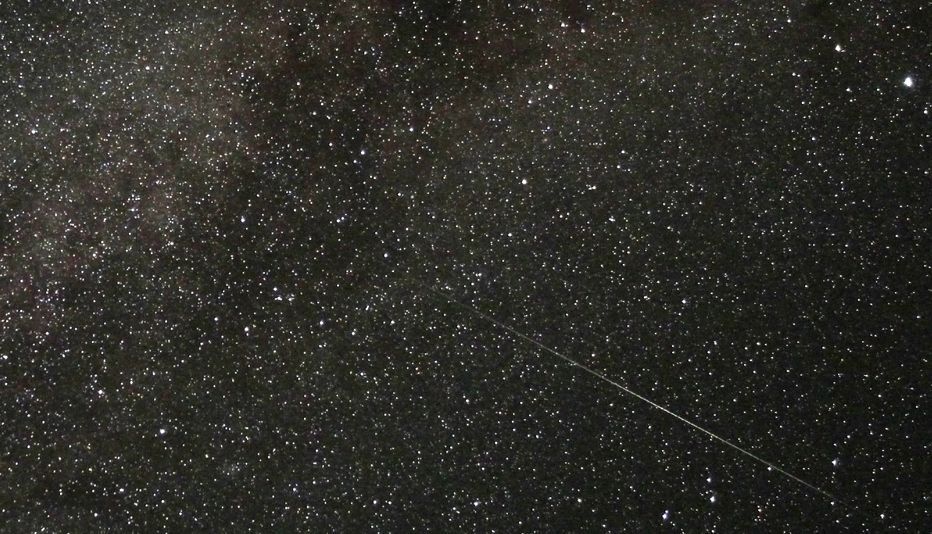 Persied meteor in 2013 as it traveled seemingly through the Milky Way. 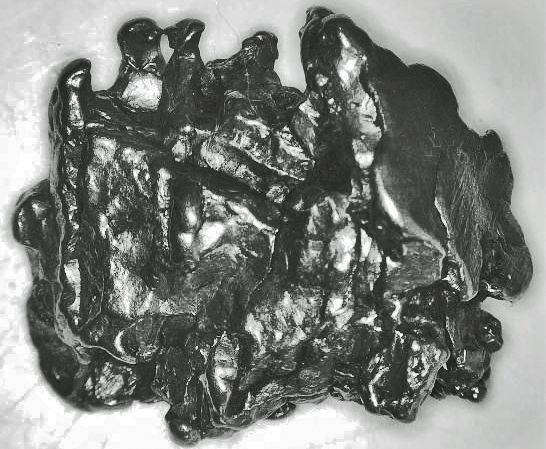 From the author's collection ... an iron nickel meteorite fragment from the Campo Del Cielo crater in Argentina. It weighs 62 grams.

Persied meteor in 2013 as it traveled seemingly through the Milky Way.

From the author's collection ... an iron nickel meteorite fragment from the Campo Del Cielo crater in Argentina. It weighs 62 grams.

The predicted peak of the Perseid meteor shower was Aug. 11-13.

Amateur astronomers (or gentleman astronomers, as I prefer to be called) around the world enjoyed a thrilling display of falling stars.

Each year as the earth returns to a similar position in its orbit around the sun, we earthers encounter partials left behind by a great comet, called Swift-Tuttle, a long-period comet with an orbit of about 133 years.

It is often referred to as a parent of the Perseids. For example, the Orionid meteor shower’s parent comet is comet Halley. An unusual parent of another famous meteor shower, the Geminids, is asteroid (3200) Phaethon, an asteroid rather than a comet.

In short, every known meteor shower can be associated with a parent, be it a comet or an asteroid.

The Perseid meteor shower became very well known for a couple of reasons, firstly this shower has been reported to produce up to 100 meteors an hour.

And secondly, the Perseids occur every August when the weather is comfortable at night for most people who would like to view the spectacle from lawnchairs in the comfort of their own backyards. Unlike the Geminids or Quadrantids that occur in December and early January, the Perseids offer something that most showers do not — the warmth and clear skies of summer nights.

In my lifetime, I have only managed to capture one Quadrantid meteor; with a camera on a sub-zero January night in Missouri.

The predicted peak of the Persieds is, as I have said, Aug. 11-13; this is what we hear about in the news because this is when the earth impacts the densest section of the debris field left by Comet Swift-Tuttle. However, the actual range of the Perseid meteor shower is from about July 17 to Aug. 24.

If a meteor is spotted during this time, it may be a true Perseid; but to be sure that meteor's trail must be traced back to what is called the radiant point. The radiant point in this case is in the constellation Perseus, or “the hero.” Hence the name Perseids. If the meteor trail cannot be traced back to this point, it is considered a rogue. Every meteor shower has its own radiant point, and that’s how they get their names.

In viewing meteor showers, it is wise to find the radiant point and wait until it is above the horizon, but I have found this not always necessary but better. Another factor in viewing meteors is moonlight. Before first quarter and after last quarter moons will not so much overpower fainter meteors with its light.

So some years are better than others depending on the phase of the moon. Avoiding city lights and light polluted areas is also suggested for optimum viewing. I have found that hiding behind a building or other structure to avoid glaring lights can also help greatly.

A great source of information on radiant points and predicted dates and times of meteor shower peaks can be found on the website of the American Meteor Society.

An amateur can easily join the society and even report meteoric events like fireballs, which are very bright dramatic meteors. And report how many sightings you witnessed on a particular night. If you are a photographer, you can also build a portfolio of your meteor captures on that site. I have been a member for many years and have many videos and photographs published there.

Some terminology I have found useful about meteors: A particle in space that has not yet contacted our atmosphere is a meteoroid. What we see as a falling star is a meteor. A meteor that survives its journey through our atmosphere to land on the earth is called a meteorite.

Every day the earth is bombarded by thousands of meteors, some bright enough to be seen in the daylight hours. But during these predicted peak days or hours, we have our best chance to see a falling star! This year I made three captures from Sedona, Arizona, all on video, so I cannot show them here!