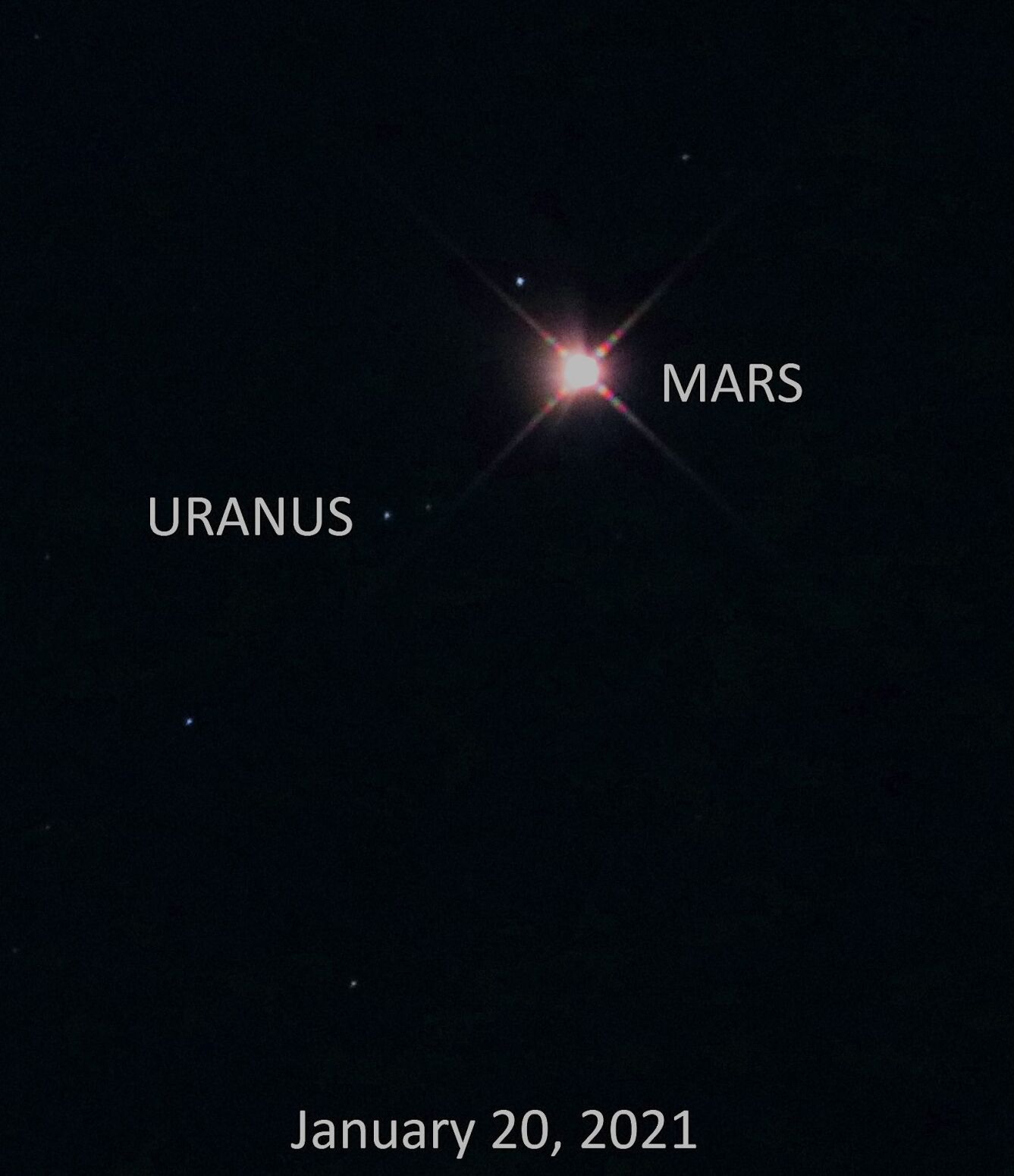 SEDONA — The planet Uranus has been the butt of many jokes. No matter how you pronounce it, the planet cannot seem to win.

Uranus is the seventh planet from the sun and is named after the Greek (rather than a Roman) god of the sky who was the father of Saturn.

Uranus has several very faint rings and about 27 small moons. A distinctive feature of Uranus is that it rotates on its side as it orbits the sun. This may have been the result of a collision of some kind. This orbit takes some 84 years ... and the distance between the earth and Uranus varies between 1.6 and 1.98 billion miles.

Light takes 2 hours, 44 minutes and 18 seconds to reach us from this distant place.

Uranus is not visible to the naked eye, so for backyard astronomers it can be quite an elusive target, difficult to find.

William Herschel discovered Uranus with a telescope on March 13, 1781. He had been studying very dim stars.

Uranus is a planet with an icy, rocky core covered by an upper atmosphere of water, ammonia and methane ice crystals that give the planet its blue/green color. It is considered by astronomers to be a “gas giant” or “ice giant” planet.

The National Weather Service reports that wind speeds on Uranus range from 90 to 360 miles per hour and the planet's average temperature is a frosty (minus) 353 degrees F. The coldest temperature ever recorded on Uranus is -371 degrees F!

The best opportunity to find this dim planet is when it is near (or in conjunction) with an easily recognizable object such as the bright planet Mars or the moon. All planets, the sun and moon more or less follow a path across the sky from east to west called the “ecliptic.” So even dim planets such as Uranus and Neptune will be found somewhere along that line.

But where? When these dim planets lie close to an easily recognizable object, we have our best chance for a telescopic sighting.

Uranus is the third largest planet in our solar system and about four times wider than the earth. But it is 1.8 billion miles away, so therefore appears to us quite small and dim. Looking mostly featureless when viewed at high power through a good telescope, subtle detail can be observed with patience, various colored filters and a very steady mount.

Okay, I cannot resist just one Uranus joke. In the morning over coffee, I say to my wife: "Honey, don’t get mad, but last night while you were sleeping, I photographed Uranus ... and posted the pictures on the internet!"