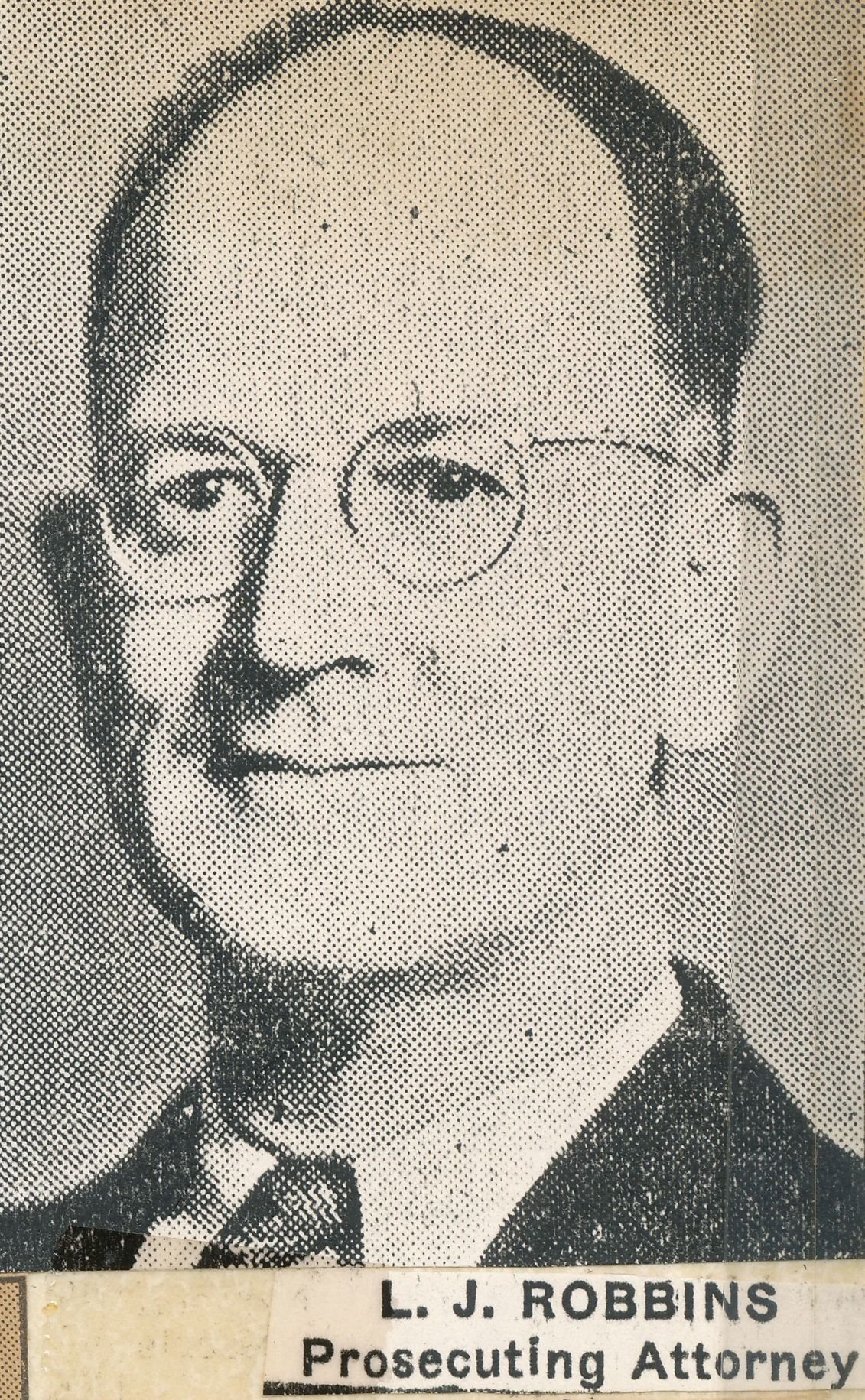 DeSoto County News in 1911 mentioned a visit to Arcadia by “L. J. Robbins, a hustling and prosperous farmer and orange grower in Venus.” About a year later, the Aug. 29, 1912, issue noted him as “a business visitor in Arcadia yesterday, proving up his homestead at the Courthouse.”

DeSoto County News in 1911 mentioned a visit to Arcadia by “L. J. Robbins, a hustling and prosperous farmer and orange grower in Venus.” About a year later, the Aug. 29, 1912, issue noted him as “a business visitor in Arcadia yesterday, proving up his homestead at the Courthouse.”

The Sealey family moved to Punta Gorda where they were counted in the 1920 U.S. Census: 42-year-old William a hotelkeeper, assisted by his 36-year-old wife Jessie, and their two daughters. Sometime before 1930, they moved to Plant City. Born in 1877, William died in 1958 and is buried in Bay Pines National Cemetery. Born in 1881, Jessie died in 1973 and is buried in Myrtle Hill Memorial Park.

According to Robbins’s obituary, he was born in 1886 in Alva on the Caloosahatchee River. In the 1900 U.S. Census, he was 14 years old, attending school in Fisheating Creek with his widowed mother Susan A. Robbins, age 44, and his sisters Mary, 20, and Alice, 7.

In the Oct. 8, 1908, Champion newspaper, the article reporting the DeSoto County commission meeting named L. J. Robbins as one of the inspectors for Venus, Precinct No. 12, in the upcoming general election — when DeSoto County was divided in 1921, Venus became part of Highlands County.

The Aug. 10, 1911, DeSoto County News mentioned a visit to Arcadia by “L. J. Robbins, a hustling and prosperous farmer and orange grower in Venus.” About a year later, the Aug. 29, 1912, issue noted him as “a business visitor in Arcadia yesterday, proving up his homestead at the Courthouse.”

Perhaps cash from the property sale helped Robbins pay for his schooling, because in 1915 he graduated from Washington and Lee University. The June 18 Enterprise newspaper reported that “he came home by way of Tallahassee where he took the bar exam before the Florida supreme court. Mr. Robbins will practice in Arcadia and will arrange for offices at an early date.”

In the 1917 Arcadia city directory, L. J. Robbins was listed as an attorney with Timberlake and Robbins in the King building, 34 W. Oak St. The First National Bank of Arcadia operated on the first floor and other businesses upstairs.

The 1920 U.S. Census listed James A. Timberlake, an attorney, and his wife Jessie, both age 28, and their two daughters living on S. Volusia Ave. Born in 1892, he was included in the 1921 Arcadia city directory, although he died that year and is buried in Bartow’s Wildwood Cemetery.

Herbert Sr. worked as the manager of King Lumber Co., founded by W. G. Welles in 1886. In 1913, with Welles, C. F. Walker, and F. R. McConnell, Davis founded the Nocatee Crate Co. In 1929, he was president of the company, according to historian Howard Melton in Footprints and Landmarks: Arcadia and DeSoto County, Florida. Robbins served as the county’s prosecuting attorney from 1925 to 1940 and then assistant state attorney for the judicial circuit from 1945 until he retired in 1951. He and his wife Lillian Youmans Robbins, born in 1892, died in 1963 and are buried in Joshua Creek Cemetery.

On Sept. 7, 1963, their children sold the house and property to Amos Leonard Smith and his wife Artie L. Smith. The Smiths lived kittycorner at 608 E. Magnolia St.

Melton characterized Mr. Smith as an “accidental Arcadian” because he arrived by chance in 1906 and stayed. Born in 1880 in North Carolina, he started as a “Drayman and Transfer Man” in Arcadia and by 1920, opened a seed store that eventually became Smith’s Ranch and Garden, 117 W. Magnolia St., still owned by his descendants.

After A. L. Smith’s death in 1969, his widow sold the house on July 21, 1971, to Billy A. Daniels Sr. and his wife Lois G. Daniel. Billy eventually turned the garage into a workshop for hand-crafting his Daniels Deceivers fishing lures. His namesake son to this day continues that business.