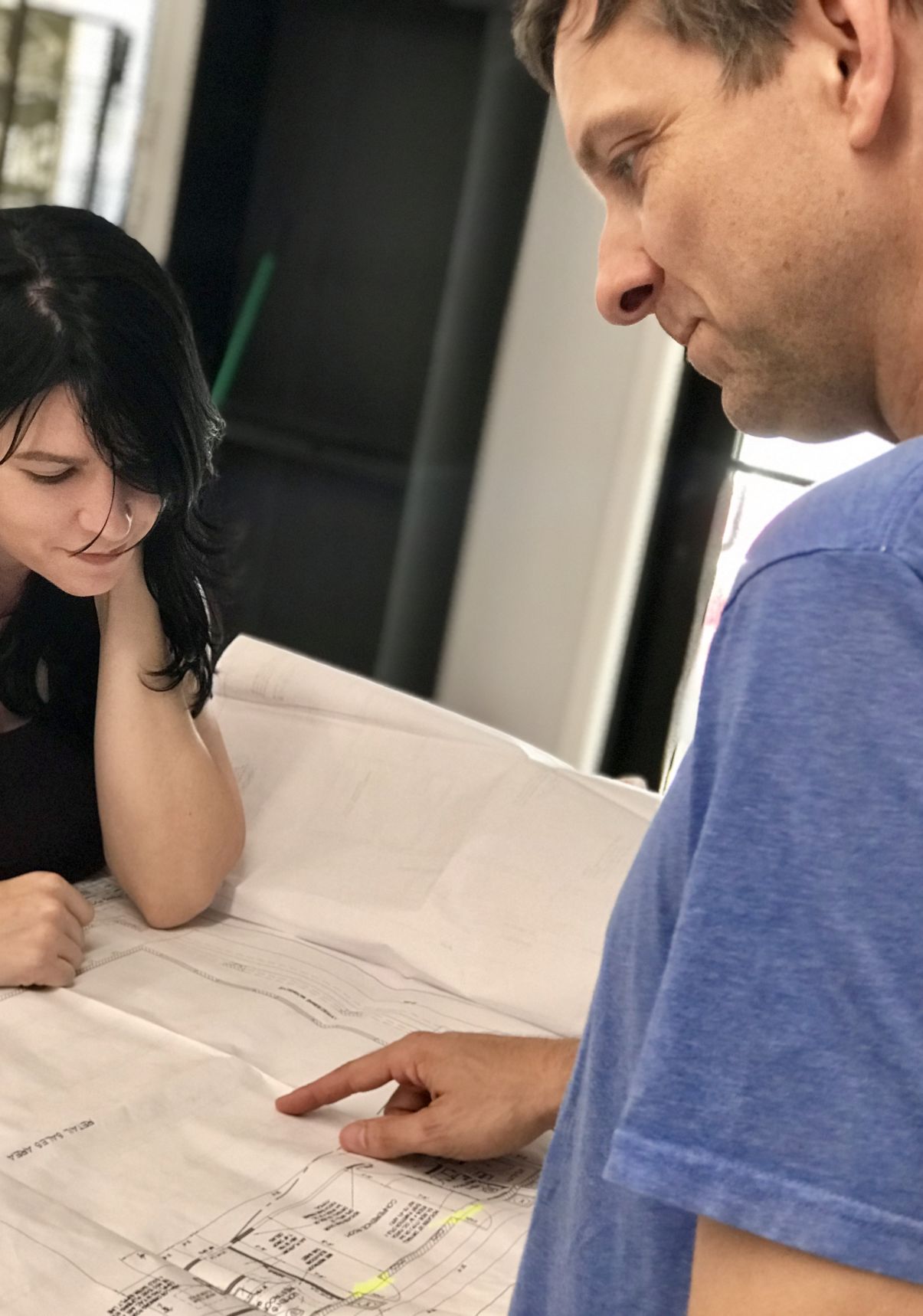 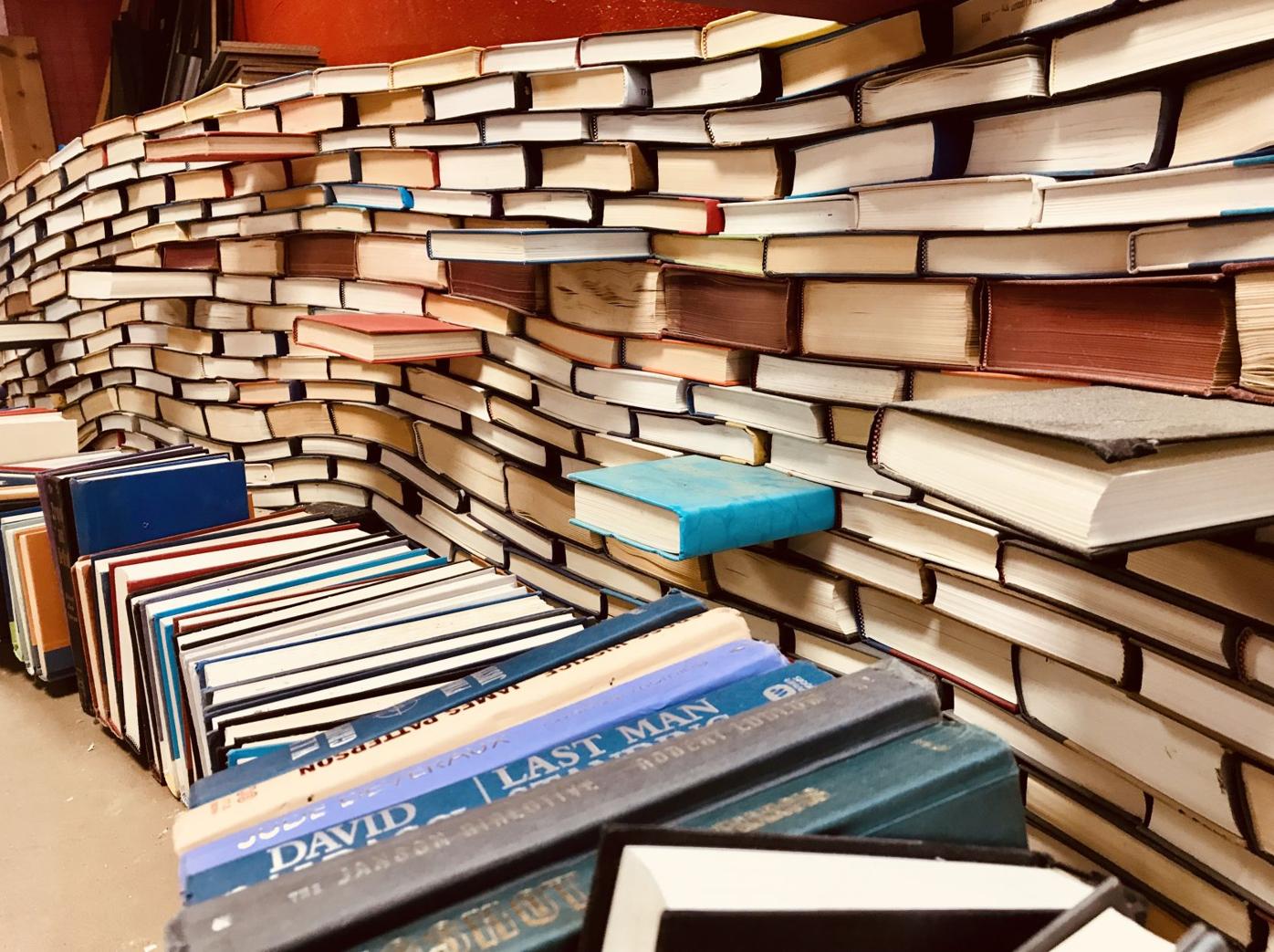 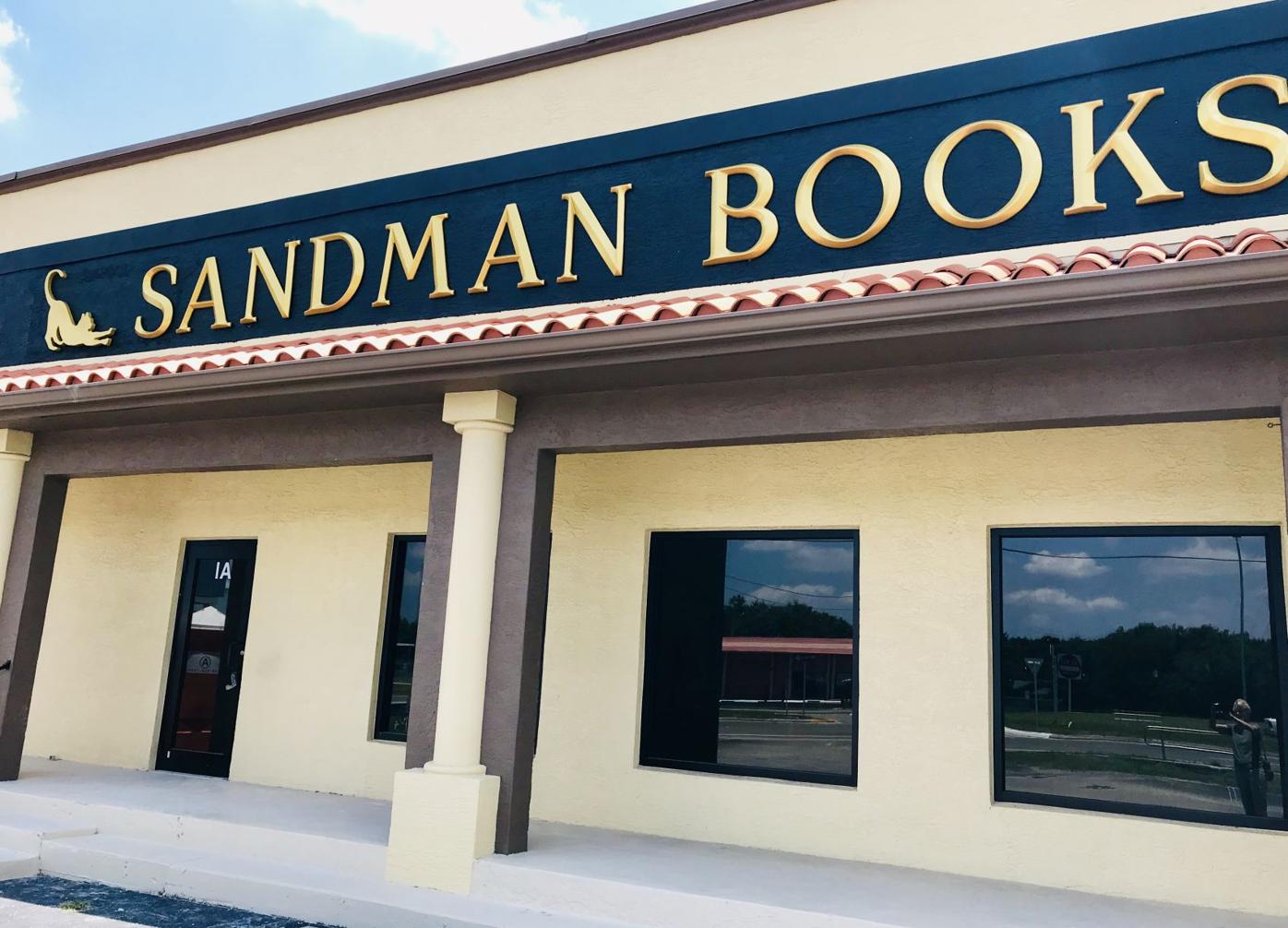 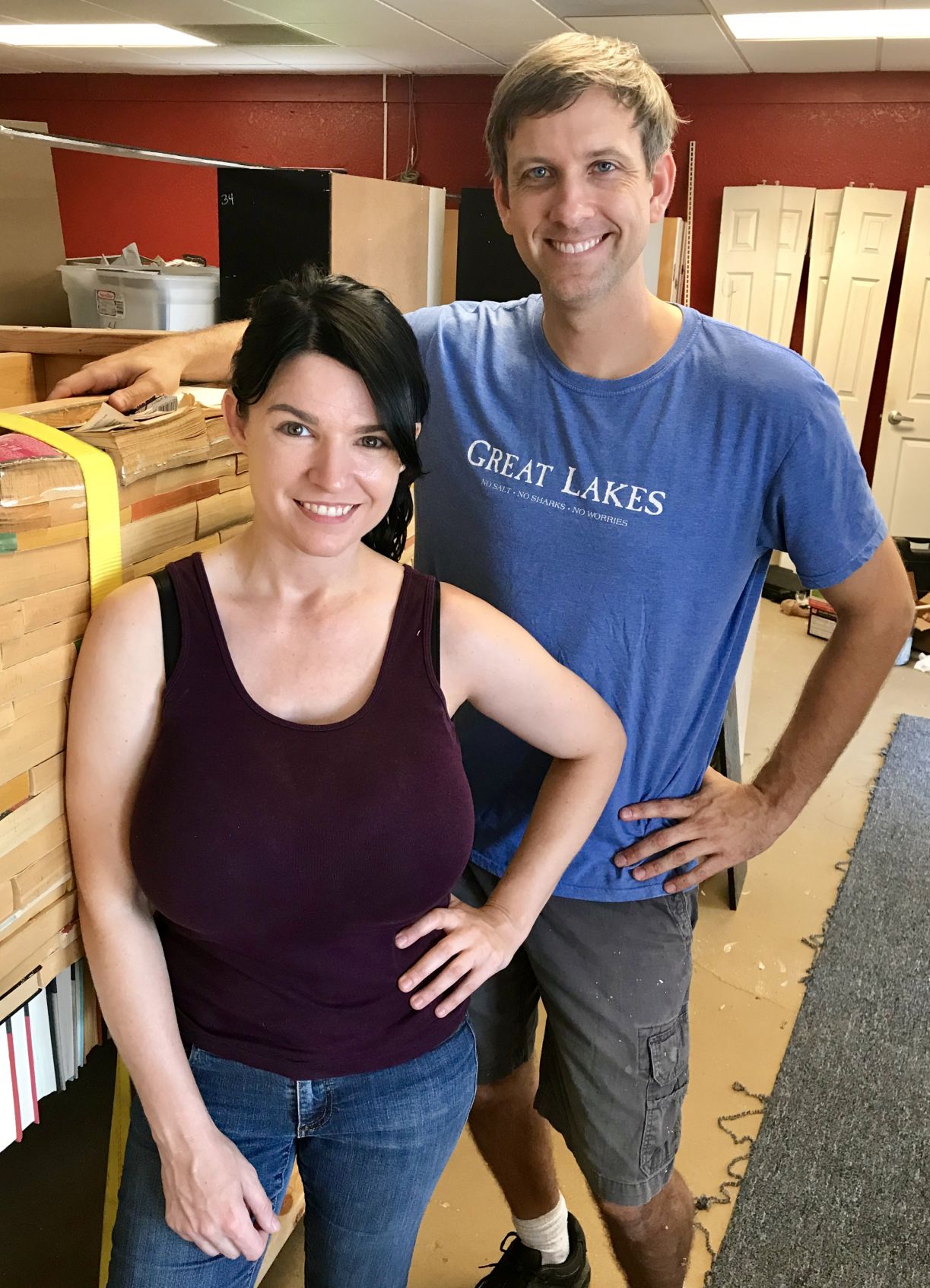 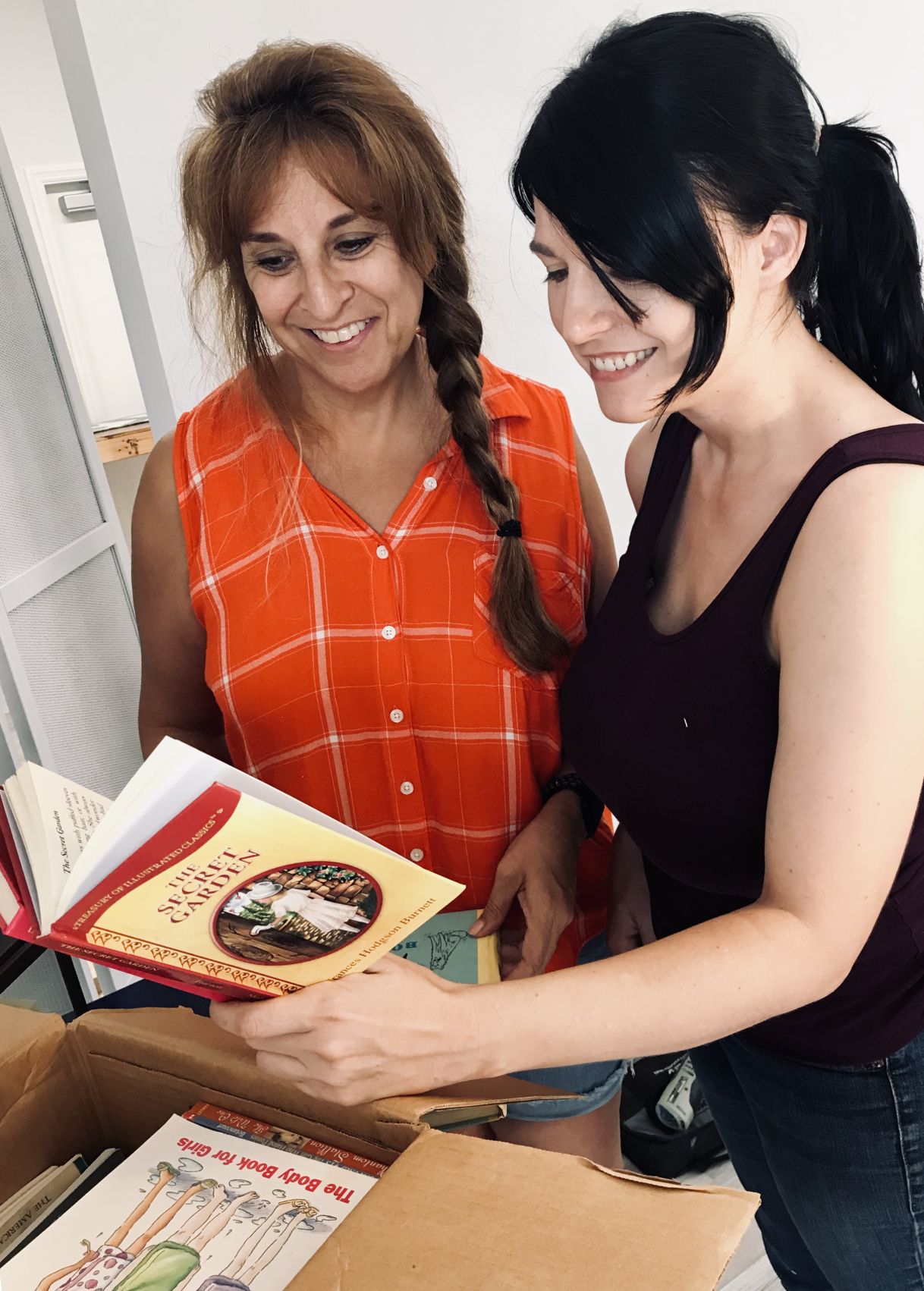 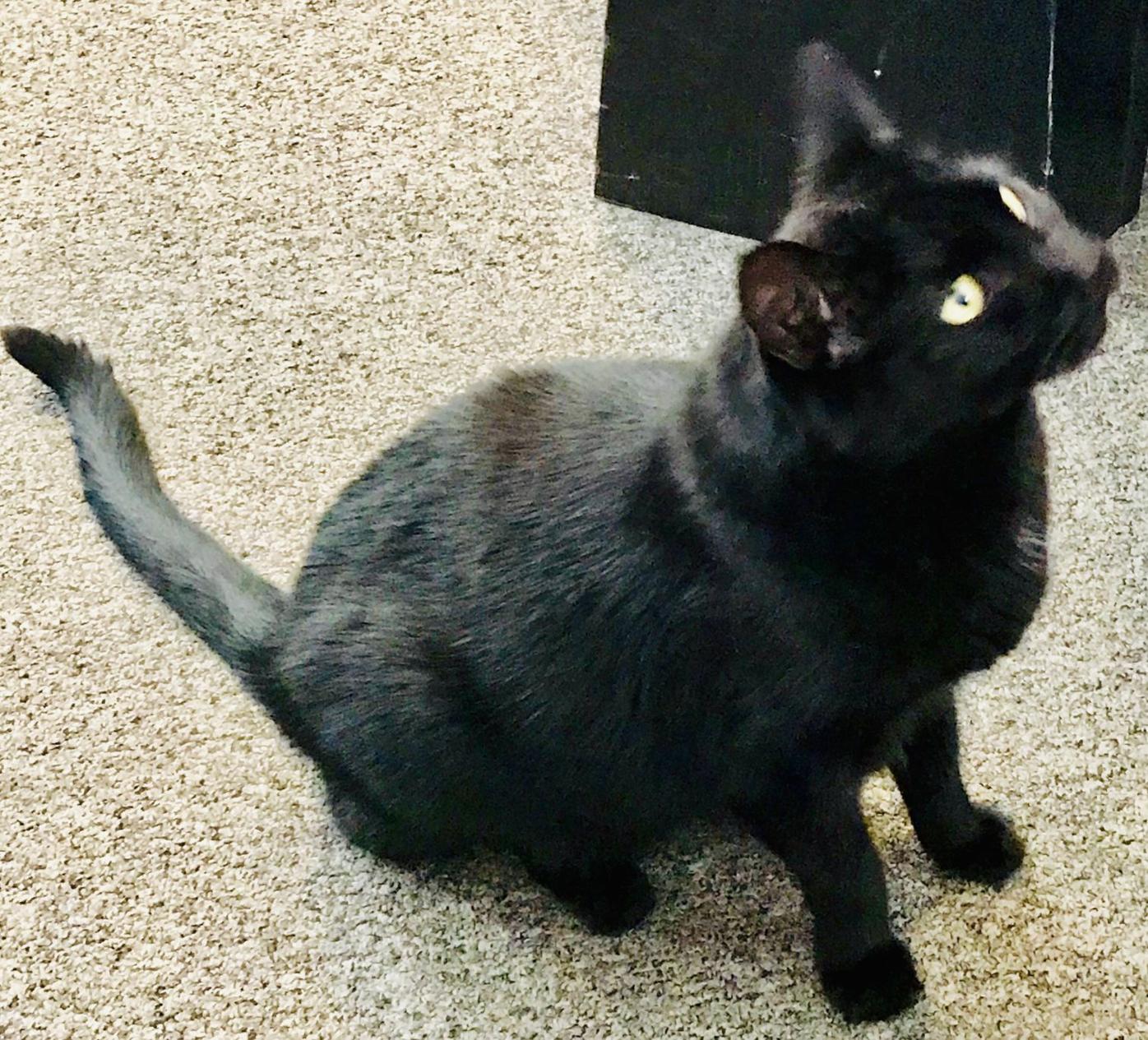 Instead, it has a very different — some say, magical — bookshop.

Inside the decade-old Sandman Book Company stands a 6-foot-high replica of a Roman aqueduct arch, built entirely of used books destined for recycling. Storybook princesses and pirates spring to life, and a restricted area secures unjustly banned books. Visitors lose themselves in a maze of stacks.

And the store on Duncan Road is a short ride from DeSoto County.

Every good bookstore requires comfy armchairs and a resident cat, and this one’s no different. Black rescue cat Kitty-Wan Kenobi prowls the aisles of his store, dispensing good luck, purring for treats and hopping into welcoming laps.

“A lot of people thought e-readers would kill books,” said co-owner Heidi Lange. “But people still love to hold a book and escape into it.”

Customers’ only complaint about Sandman Book Company was driving down Burnt Store Road to its Turtle Crossing Plaza location, especially during road construction.

“The last time, we almost went out of business. We couldn’t go through that again,” said Lange.

So, the Sandman Book Company has moved into a big new location at 5240 Duncan Road in Punta Gorda — closer to downtown and I-75. The easternmost building in its new plaza, it’s also the most prominent.

Why did things take so long?

In a perfect world, there wouldn’t have been much gap between one store’s closing and the new one’s opening.

When did the world ever start being perfect?

The original plan was to complete the move by January or February.

The first contractor, who began work in November, ran three months behind schedule, building several misplaced walls in the new space. Lange wonders if he read the architect’s sketch upside down.

Sandman was closed as of February, its busiest month of the year, and the move cost $90,000 to begin with, so none of this was perfect.

How did they move all that stuff?

Moving the largest independent bookshop in Southwest Florida was no mean feat.

Since opening in 2009 with an inventory of about 15,000 books, Sandman’s shelves now hold more than 10 times that number, in 385 specialized sections and subsections. It stocks nearly 160,000 books—not counting those that Lange’s husband, co-owner Scott Hill, used to construct the famous book arch. Hill and his dad, Victor, have in fact built everything there, from bookshelves to the new store’s custom window-box displays and front counter.

“We have a staff of 37 volunteers, but 90 people helped pack and move all the books,” said Lange. “It took 26 26-foot U-Hauls and three days to set up once we’d moved everything in.

“Everything’s computerized and numbered, and we know which are our best sellers, so we could prioritize moving those in. Before moving, we packed half of each section and kept half in stock at the old store.”

The new 5,400-square-foot store — which Lange describes as a Jules Verne-style steampunk “industrial Atlantis” — is now an undersea grotto-library.

Some 90 percent of Sandman’s books are what author Virginia Woolf called “wild books, homeless books” — in other words, used.

They don’t pay cash for gently used books here, but offer Book Exchange Coupons applied to customers’ accounts. The old store’s Book Exchange rattled along on a Rube Goldberg roller conveyor, jacked up at one end with a stack of books. Books in paper sacks tumbled off the other end to be sorted. The new store’s system is more automated.

“You can still use your existing Book Exchange balance,” said Lange.