You are the owner of this article.
Edit Article Add New Article
Login
I want to
Publications
Subscribe
Homes for Sale
Cars for Sale
Jobs
Classifieds
E-Paper
News Archives
Calendar
Public Notices
Your Newspapers
Contact Us
1 of 12

Volunteer Aliah Maldonado with Athena, a rescue horse at the Mustang Promise ranch in DeSoto County. 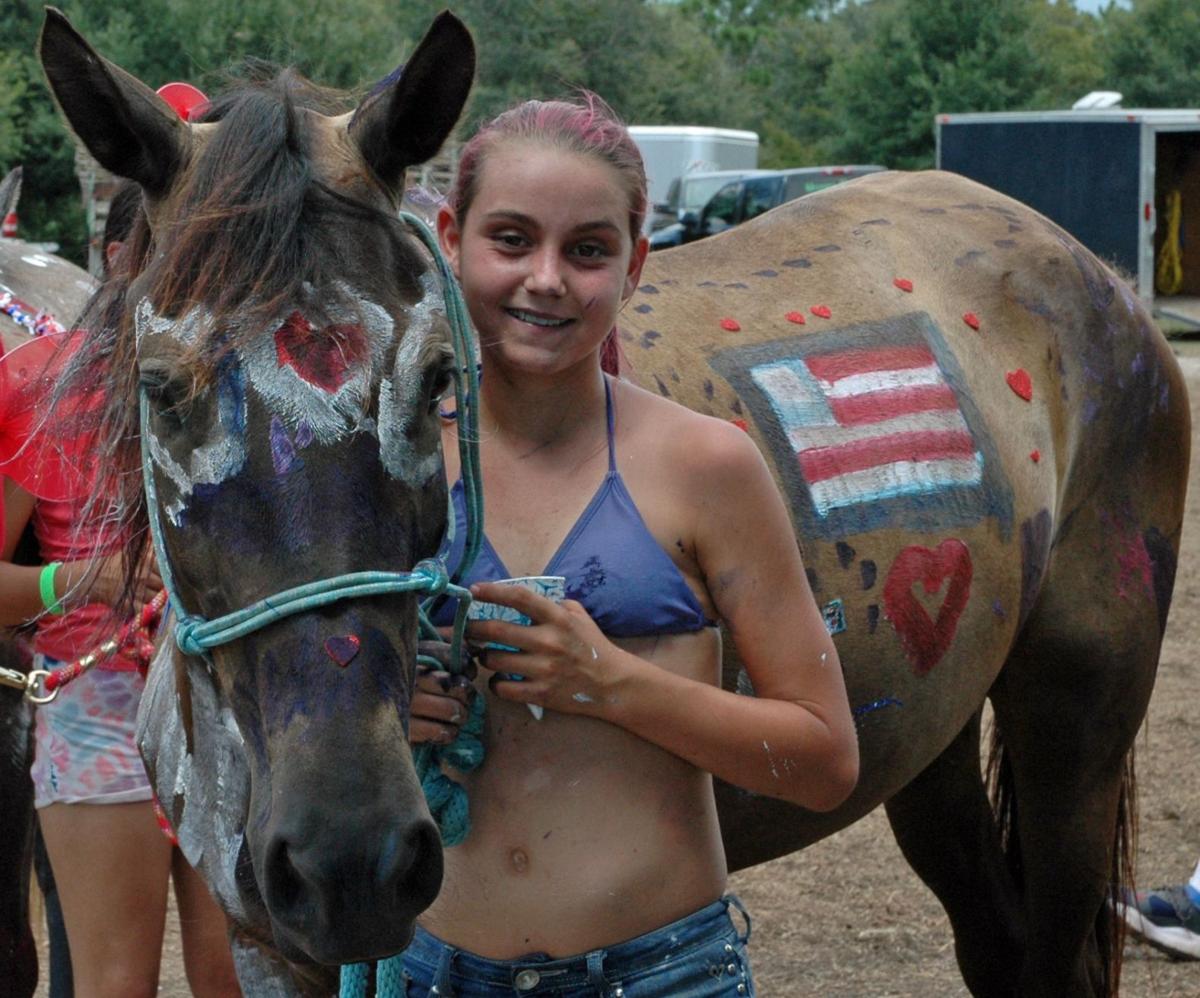 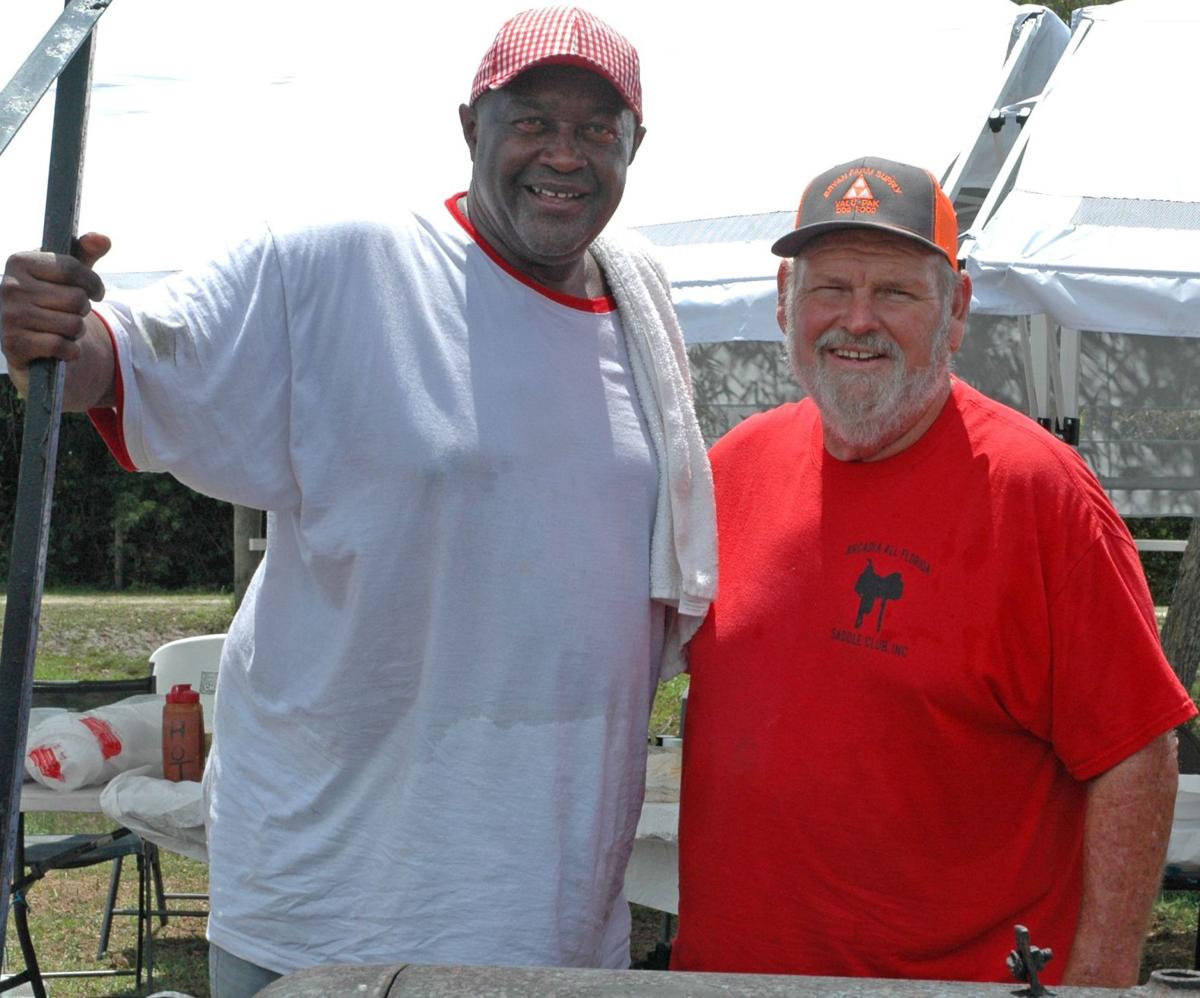 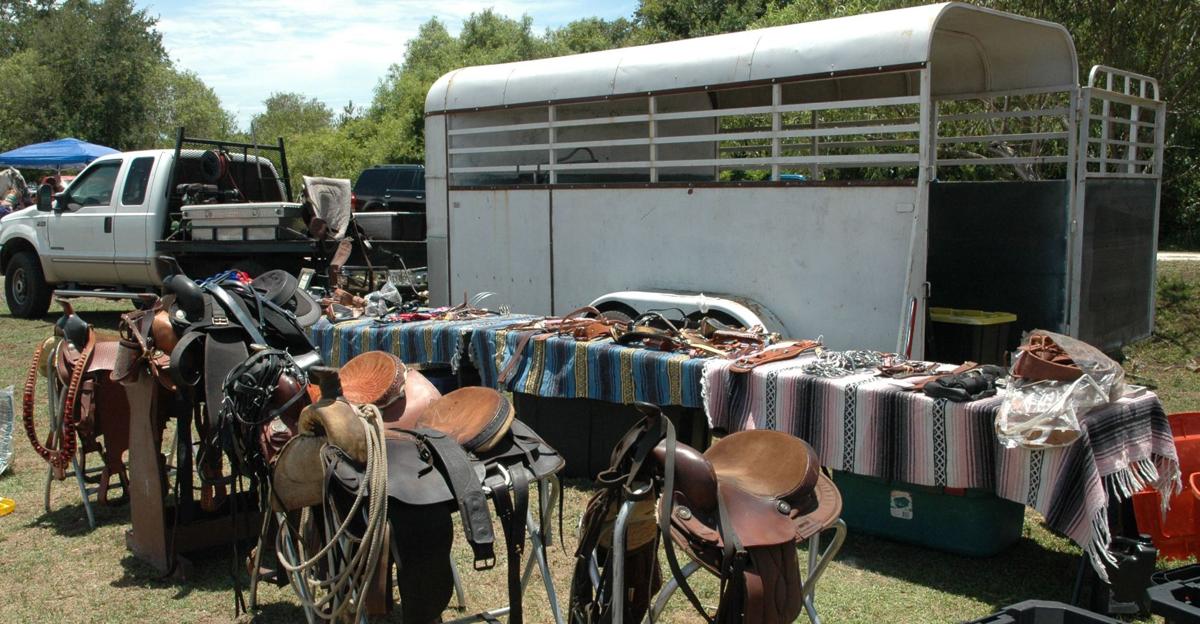 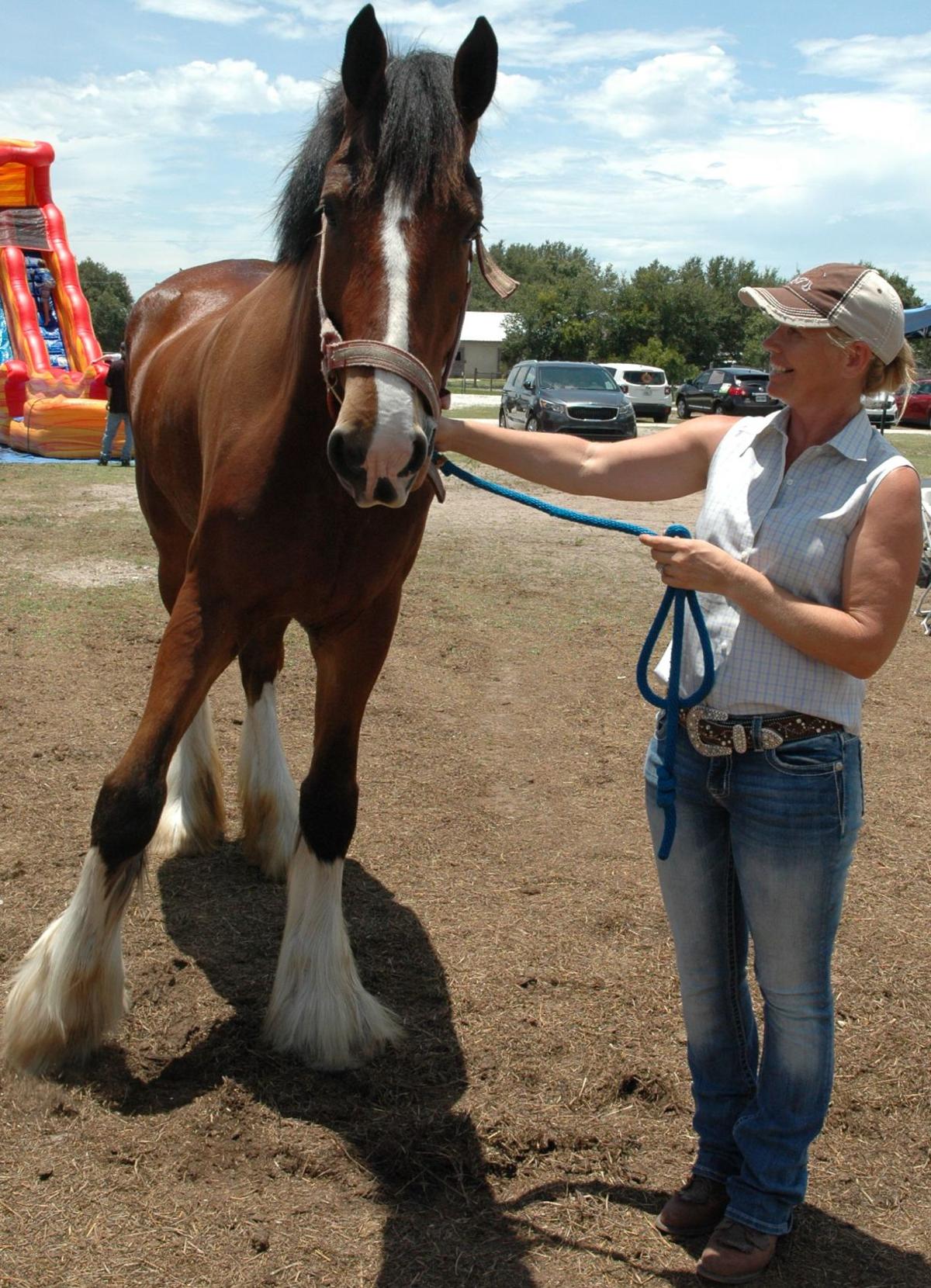 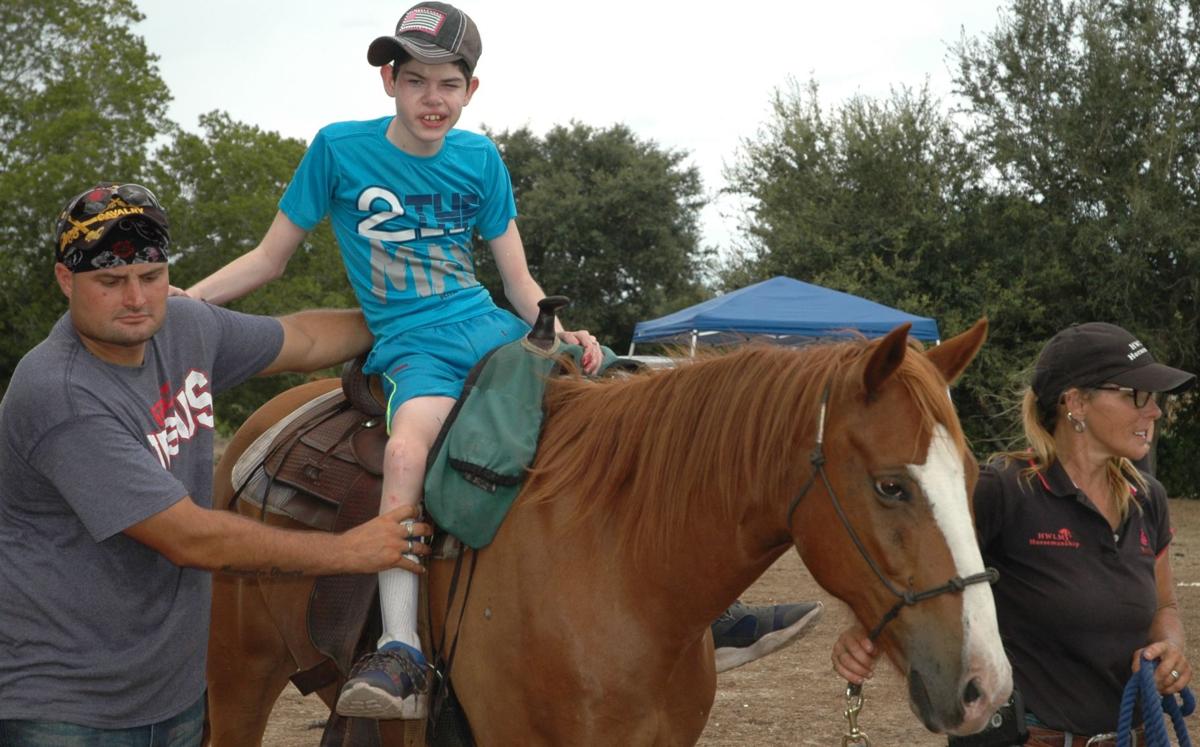 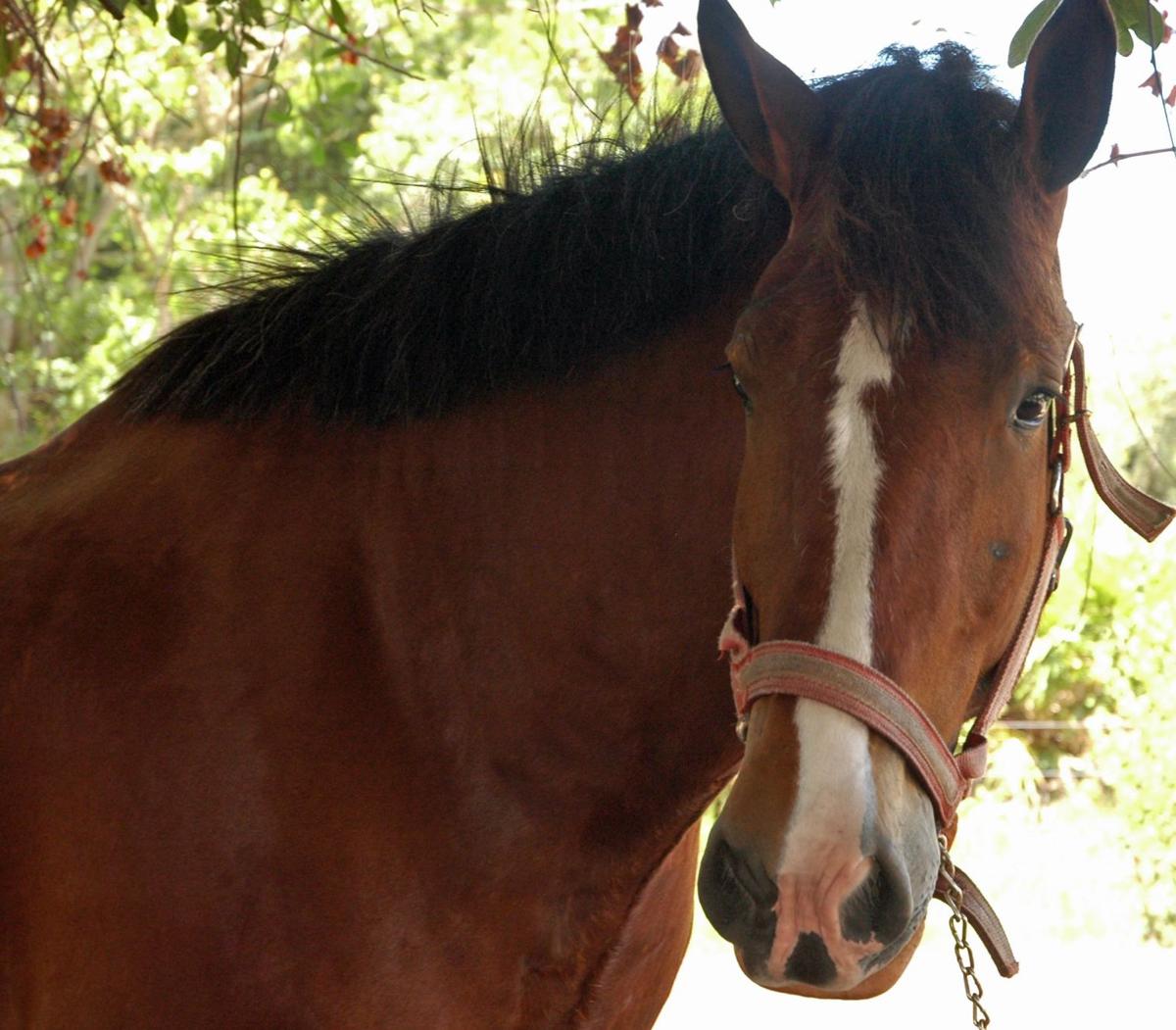 Kaitlyn is a former Anheuser-Busch Clydesdale. 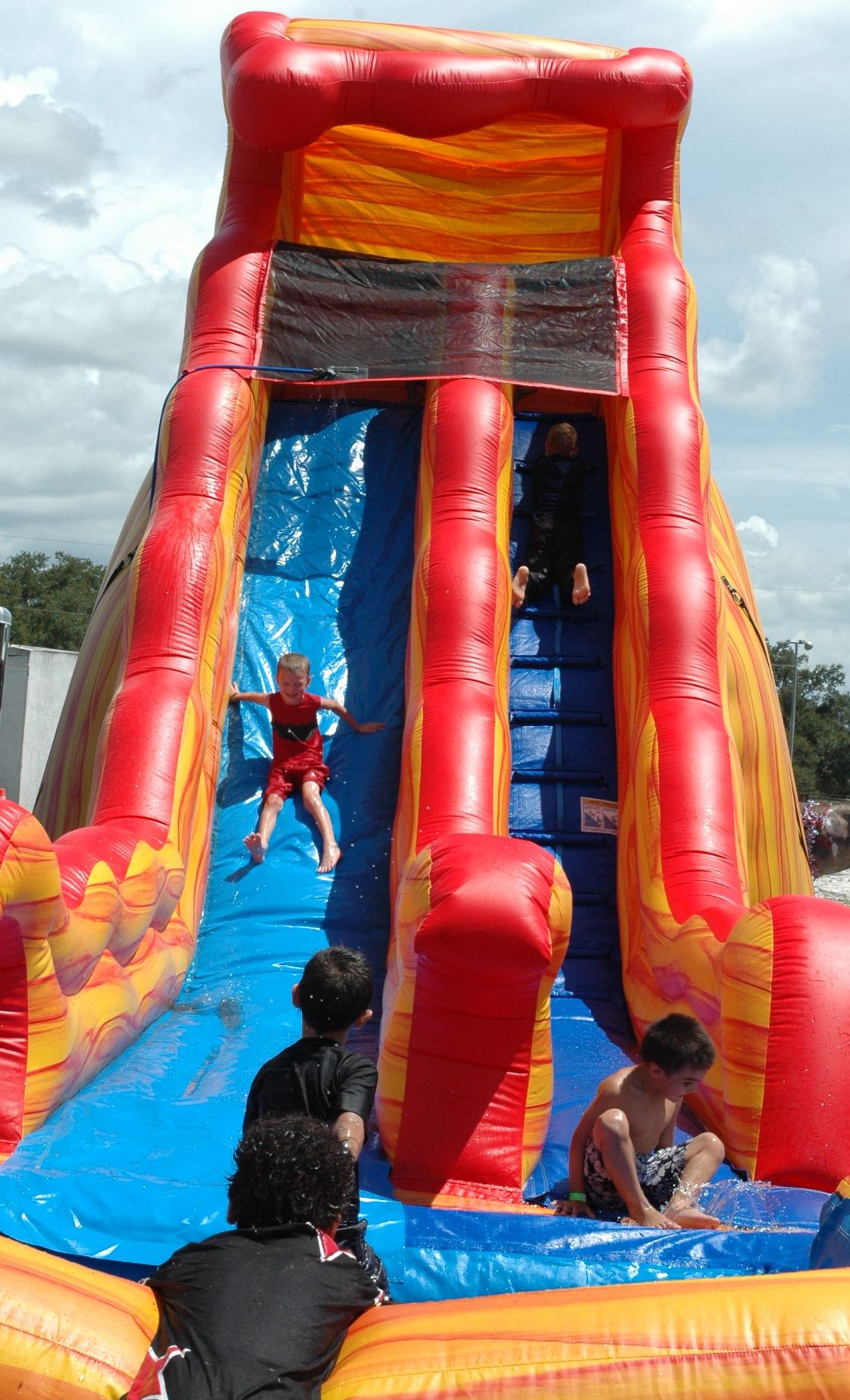 Nothing better than cool sliding on a hot summer’s day. 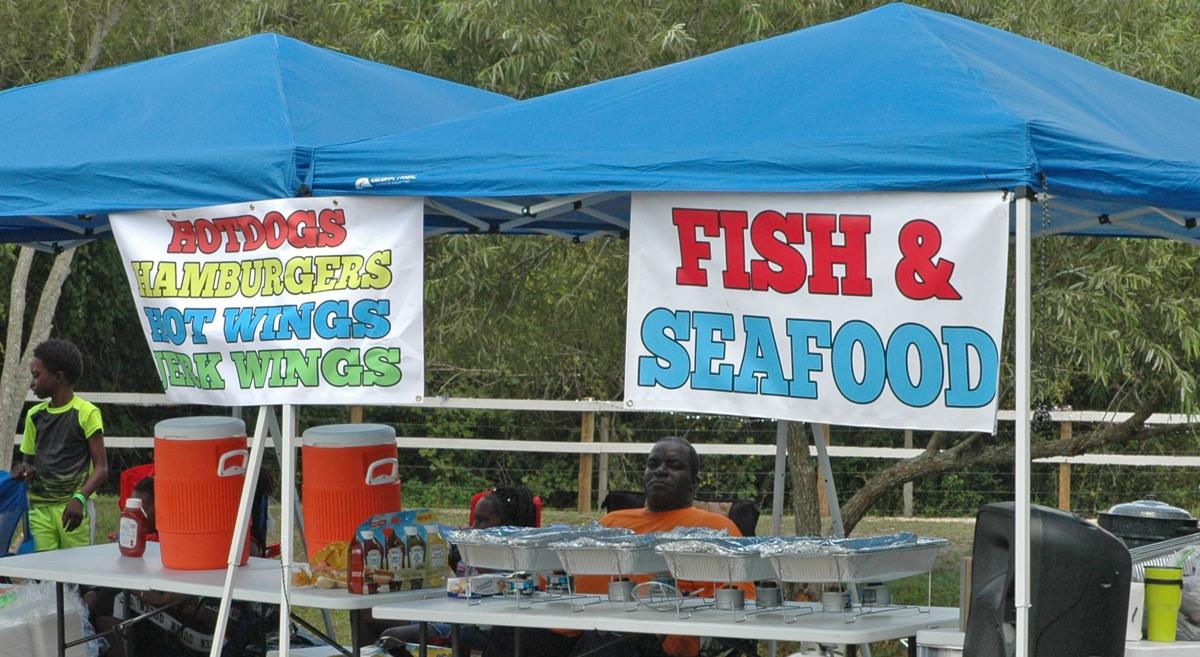 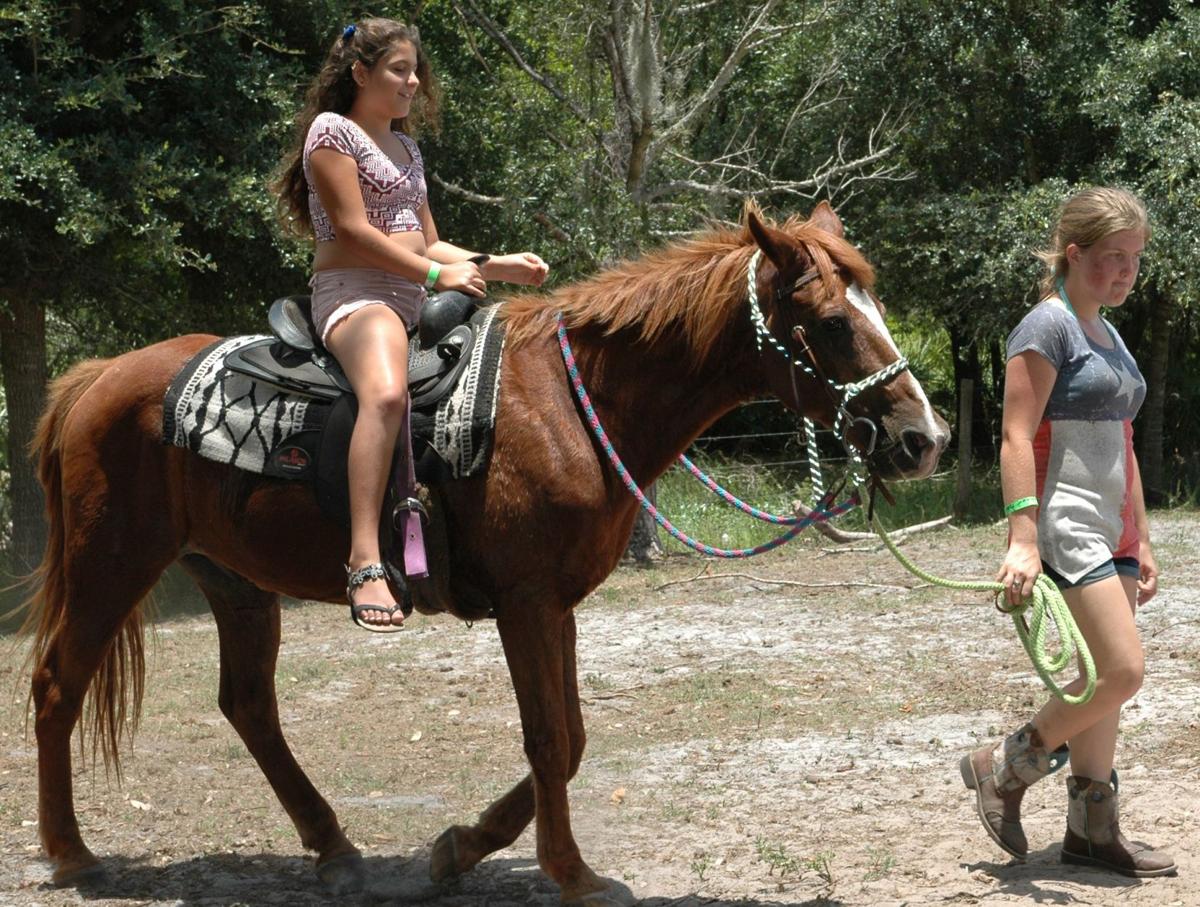 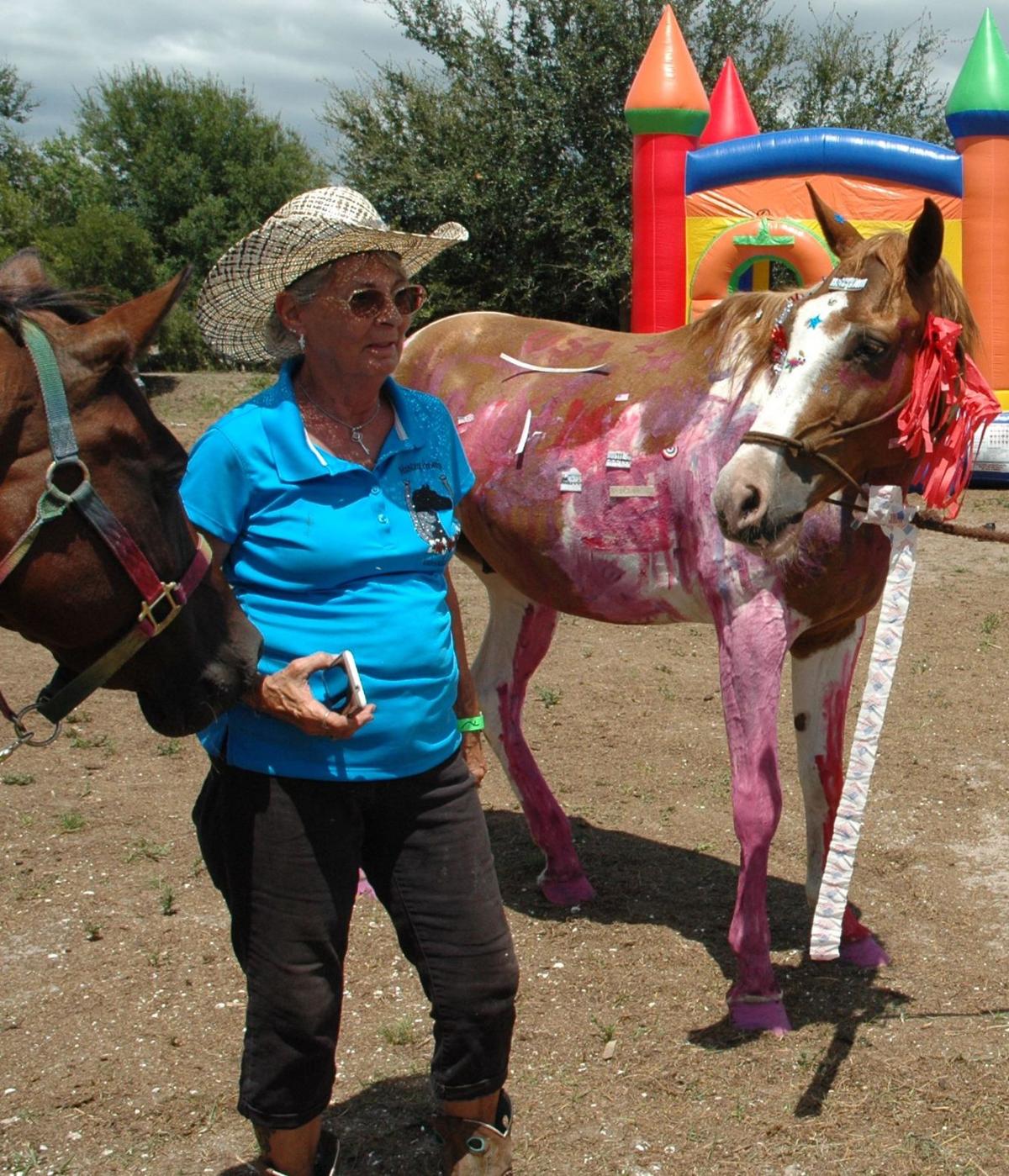 Volunteer Aliah Maldonado with Athena, a rescue horse at the Mustang Promise ranch in DeSoto County.

Kaitlyn is a former Anheuser-Busch Clydesdale.

Nothing better than cool sliding on a hot summer’s day.

Mustang Promise ranch in DeSoto County gave kids a chance to ride and slide, to paint ponies, horses and a donkey in a red, white and blue theme in celebration of Independence Day.

But after a freak Friday windstorm had earlier damaged several tents, Jan Chapman, president of Mustang Promise, was worried she may need to cancel the July 6 benefit. Riding to the rescue, Darvy Peden, Oakshire Farms VP, saved the event by providing replacement tents, tables and chairs. Darvy also brought one of her six majestic Clydesdale horses, Kaitlyn.

Darvy said, “Kaitlyn is a Clydesdale from Grant’s Farm in St. Louis, which is owned by Anheuser-Busch Corporation.”

By noon on that Saturday, the heat had kids enjoying waterslides provided by K Town Slyde & Bounce, as well as bouncehouses by Wanna Bounce. Julia Sutherland, owner of HWLM Horsemanship, brought her horses for rides. HWLM is a nonprofit in Felda, Florida, that provides horse training and problem-solving for both horse and handler.

The Mustang Promise event wouldn’t have been complete without Big John’s BBQ. Locally known as the original black cowboy, “Big” John Lloyd Jr. retired after 44 years as utilities manager with Punta Gorda. You would think Big John in retirement would be ready to relax, but not Johnny, a BBQ chef extraordinaire who enjoys catering affairs, especially “For the Love of Kids.”

Known as the peacemaker, John said, “I give God all the glory.”

Jan Chapman thanked the donors, volunteers and everyone who came to have fun, help the horses, and be part of the Mustang Promise event’s success on that Saturday, and into the future.

Jan’s ranch is for rescue horses, mostly mustangs, and for qualified children to place their horses. Some kids work to cover those expenses, which builds appreciation and a work ethic. Those with physical or emotional disabilities also find the therapy provided at Mustang Promise to be a healing experience.