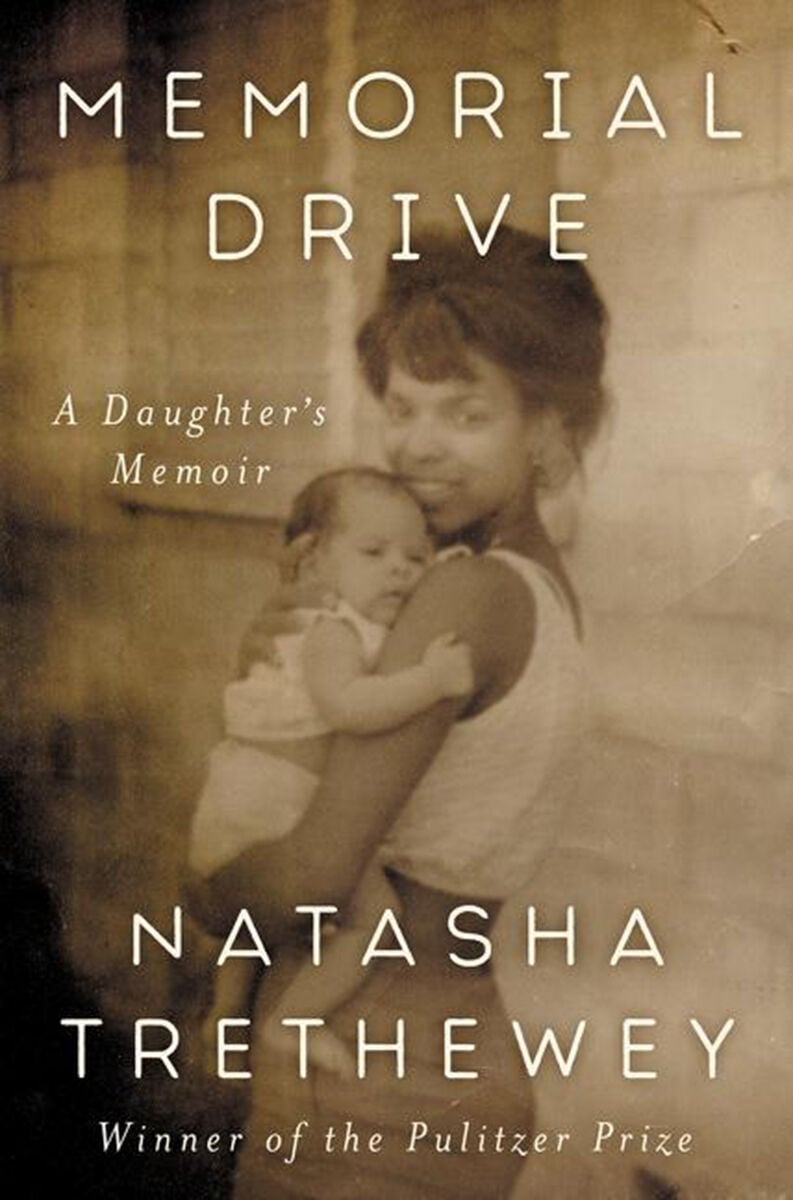 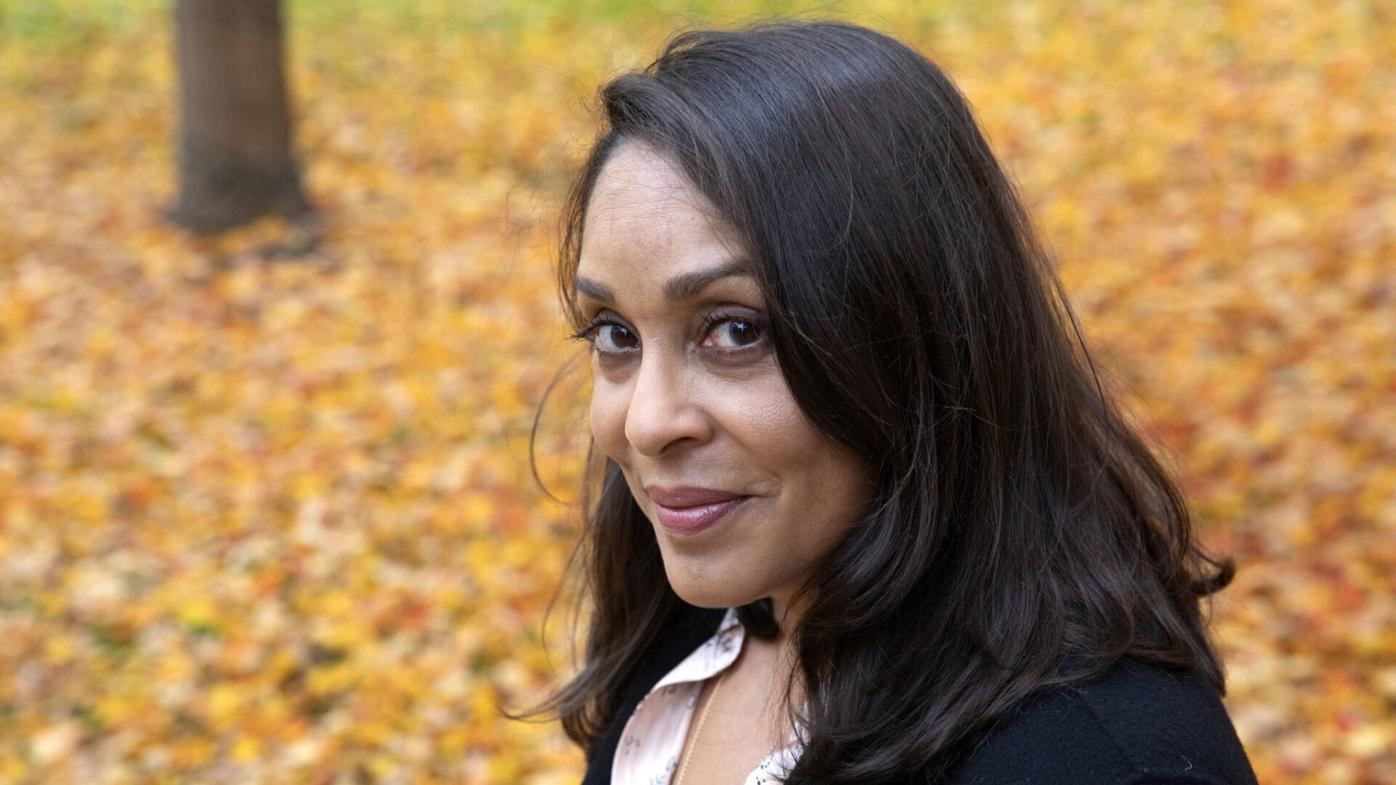 Two-time United States Poet Laureate and Pulitzer Prize winner Natasha Trethewey poses for a portrait Nov. 1, 2018, on the campus of Northwestern University in Evanston, Illinois. Her new memoir, “Memorial Drive,” discusses the murder of her mother by her step-father.

Two-time United States Poet Laureate and Pulitzer Prize winner Natasha Trethewey poses for a portrait Nov. 1, 2018, on the campus of Northwestern University in Evanston, Illinois. Her new memoir, “Memorial Drive,” discusses the murder of her mother by her step-father.

CHICAGO — As Natasha Trethewey began to garner acclaim for her poetry — notably winning the 2007 Pulitzer Prize for her collection “Native Guard” — news reports often mentioned the murder of her mother, Gwendolyn Ann Turnbough. Trethewey, who was 19 when her former step-father shot her mother to death after years of abuse, never intended to write about this devastating event. But she has written two volumes centered on it — the 2018 poetry collection “Monument” and now her latest, a memoir, “Memorial Drive.”

In only 200 pages, “Memorial Drive” distills her family history as it intersects with that of the American South. It’s a memoir soaked in love and violence, compassion and racism. Throughout, Trethewey’s keen ear for language elevates the narrative.

We spoke with Trethewey, a professor of English at Northwestern University, by phone earlier this month. An edited transcript of our often tearful conversation follows.

Near the end of your book you write, “Even my mother’s death is redeemed in the story of my calling, made meaningful rather than merely senseless.” It seems your writing has been leading to this book.

It does feel like that, that everything has been leading to this moment. Of course, I couldn’t have known that all along. I only know it looking back and trying to make a story out of the events of my life. I knew that I wanted to create a monument in words and poetry to my mother.

How long did it take you to write this book?

In 2012, which is when I was named U.S. poet laureate, that is when I officially said that I was going to write this book. In the aftermath of winning the Pulitzer and also being a poet laureate, I was being written about a lot in newspapers and magazines. And when that happened, my mother was always there as an afterthought or a footnote: murder victim. It hurt me a lot to see that people didn’t quite understand the role she played. I decided if she was going to continue to be part of this backstory that I was the one that was going to tell it, so that it would be clear who she was and how important she was to my success.

Your father was a writer too. Did you also write this to counter any perception that perhaps your father was more responsible for your career than your mother was?

Yeah, that’s the thing. This is something that is tied up with race and the patriarchy. I mean, my father, my beloved father: It became so easy for people to just draw a straight line through him to me. It’s problematic, because not only was he a man, he was also my white parent. And when I was growing up, White people used to say to me if I did anything well, Oh that’s your White side. As if everything good or successful or smart or anything about me came from there. And that was infuriating.

I saw one of those writers encyclopedia entries some time ago, and it listed my father — I wish I had the exact words for you, but basically the gist of it was — he was this professor and my mother was this poor Black woman. She was a social worker, she had graduate degrees and she was a high ranking administrator, but she just was reduced.

The police had been protecting your mother, but they left her apartment and she was killed hours later. Given your experience as well as our current, national conversation surrounding the Black Lives Matter movement, how do you view the police?

Well, yeah: to serve and protect, right? They weren’t able to. In that moment, they didn’t, which is why I understand and think some of the calls for reallocating some of police funding to social workers, for example, who might respond differently when they show up at domestic violence calls, could be really useful in communities.

(My mother’s murder) was before the Violence Against Women Act. This was even before anti-stalking laws were put into place. This was when a lot of people still believed— and they probably do now too — that a man has a right to discipline his wife. That there’s a kind of ownership that comes with marriage such that in legal documents — and I think in some of the police reports too — they continue to refer to my mother as “his wife.” She was divorced from him, but the fact that they kept making that mistake — if it was a mistake — suggests something about the ideas we have about women and domestic violence. For so long, the attitude was: Well, she made her bed; she should lie in it.

How do you think race figured into your mother’s relationship with the police?

It would be so hard to parse that. I mean, I can’t help but think that of course it does matter in some ways. My mother’s case is telling, because she is what is called “the perfect victim,” and people who work in domestic violence shelters talk to me about that. Perfect because she did everything right. She did everything that women in her situation are instructed to do to try to save themselves. But also she was beautiful, educated. She was not dependent on her ex-husband for support or for her children’s support. She had friends. She was not isolated. She was beloved. So she had every kind of resource and safety net imaginable, and she still couldn’t get away.

You’ve spent your life using storytelling to make sense of trauma, which feels like something perhaps we can all learn from now.

All of us tell stories to ourselves about our lives, whether we’re writers or not. Stories about the arc of our lives’ meaning and purpose. And being able to tell a story about one’s life that you can live with is about being able to survive, and perhaps not simply survive but to thrive too.