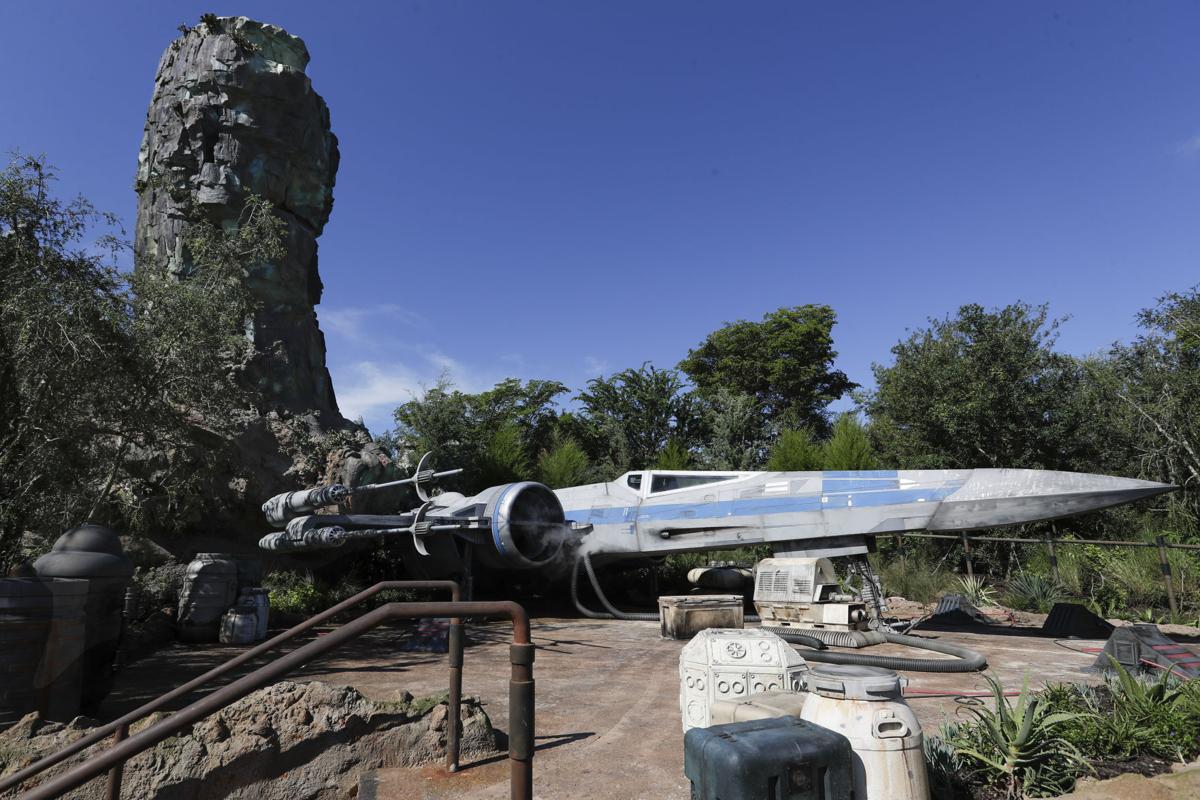 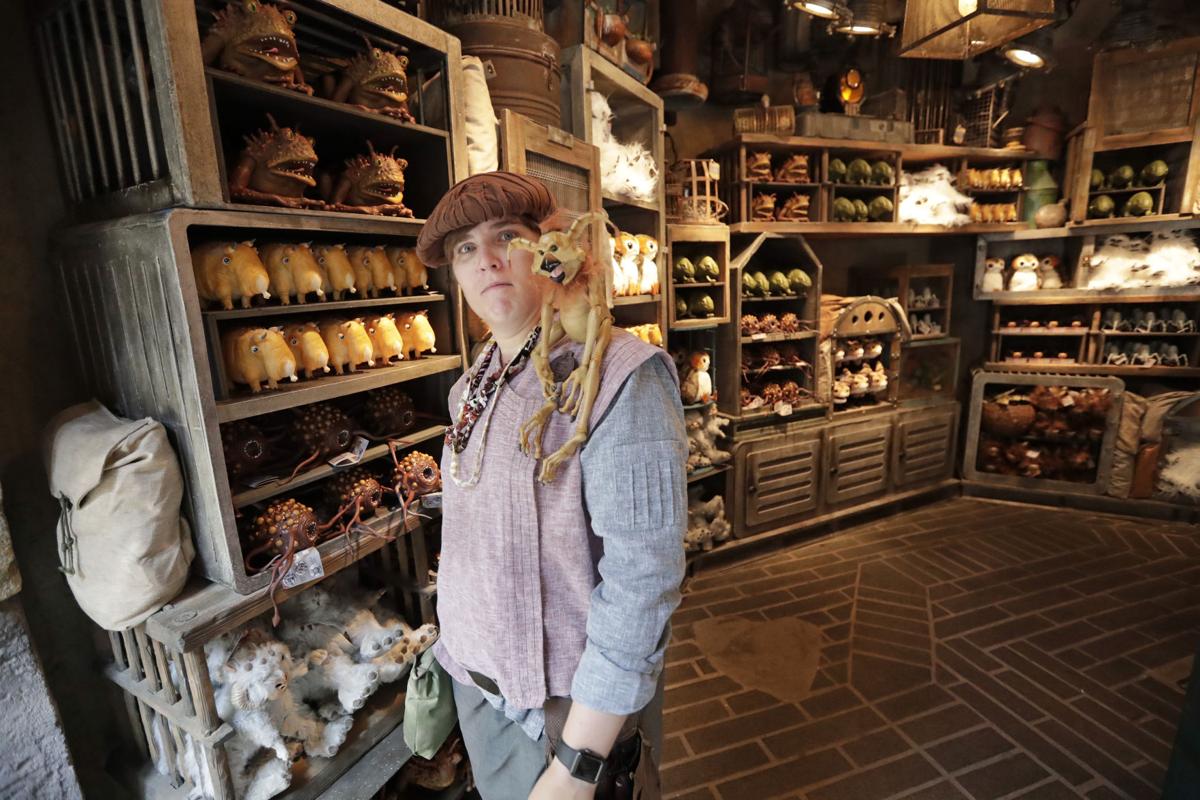 A shop keeper displays creatures that will sit on your shoulder. 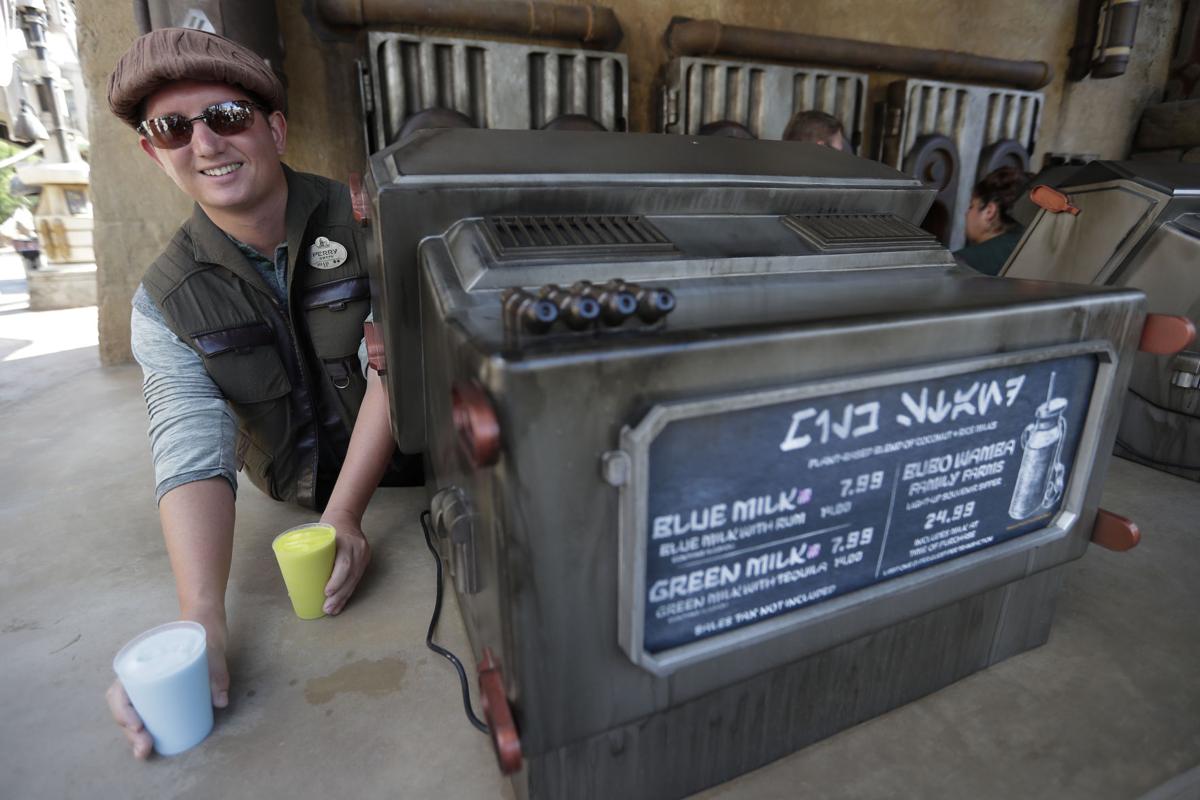 Blue Milk and Green Milk are among the refreshments for sale to guests.

A shop keeper displays creatures that will sit on your shoulder.

Blue Milk and Green Milk are among the refreshments for sale to guests.

ORLANDO — It’s going to be a cruise to nowhere, but that will be just fine with die-hard “Star Wars” fans.

“Star Wars: Galactic Starcruiser” will be like a two-day cruise in that it drops visitors into a completely self-contained world. Except instead of traveling on the high seas, visitors will be made to feel like they’ve been launched from a parking lot at Walt Disney World in Florida to a spaceship millions of miles above Earth.

Once aboard the “ship,” visitors become part of a narrative involving other passengers, crew members and cast members dressed as Chewbacca or stormtroopers. They are given tours of the ship’s “bridge” where navigation and defense systems are explained.

At various points during the two days, they may have to put knowledge they’ve acquired on the cruise to use as part of the storytelling, said Ann Morrow Johnson, a creative director at Walt Disney Imagineering, during a presentation where video and still photography was prohibited.

“There are characters on the ship, and many you will be meeting for the first time,” Johnson said. “It’s a dangerous time in the galaxy and you should be wary about who you make allegiances with because your choices matter. The choices will affect how your ‘Star Wars’ story unfolds.”

Hotel room windows won’t look out to the Florida sun and palm tree, but rather a screen showing the twinkly lights of stars in the vast darkness of space. The bedrooms have king-sized beds and also bunk beds built into the walls.

The opening date hasn’t been announced yet, nor have prices been set, though given that a single-day admission to the Magic Kingdom can cost $125 without tax, the cost might be something only Lando Calrissian can afford.

The details on the hotel were revealed as Walt Disney World prepared to open its $1 billion, 14-acre Star Wars-themed land at Disney’s Hollywood Studios park Aug. 29. A near-identical park opened in Disneyland in California earlier this summer.

Visitors staying at the Star Wars hotel will get to visit the new land, “Star Wars: Galaxy’s Edge,” as their “port of call” during their two-day stay.

Disney officials said the “Rise of the Resistance” won’t open at the Florida park until December, but described it as one of the most ambitious and complicated rides ever built at a Disney park.

It has “everything that makes ‘Star Wars’ Star Wars, all in one attraction,” said Scott Trowbridge, creative portfolio executive at Walt Disney Imagineering.

Passengers on the ride are part of a rag-tag group of rebels who are pulled into the enemy First Order’s ship, where they try to make their way to an escape pod using a ride system. Once they arrive at the escape pod, their ride car gets into a motion-based simulator. There’s a stomach-in-throat surprise drop, and then the simulator makes them feel like they’re returning to their home planet.

Along the way, passengers encounter the Star Wars characters of Rey, Poe and Kylo Ren.

In a sneak peak of the unfinished ride given to journalists, doors swoosh open to reveal the command bridge of a Star Destroyer. Three dozen stormtroopers are lined up in three rows before a gigantic screen of small stars set against the blackness of space.

Copyright 2019 The Associated Press. All rights reserved. This material may not be published, broadcast, rewritten or redistributed.