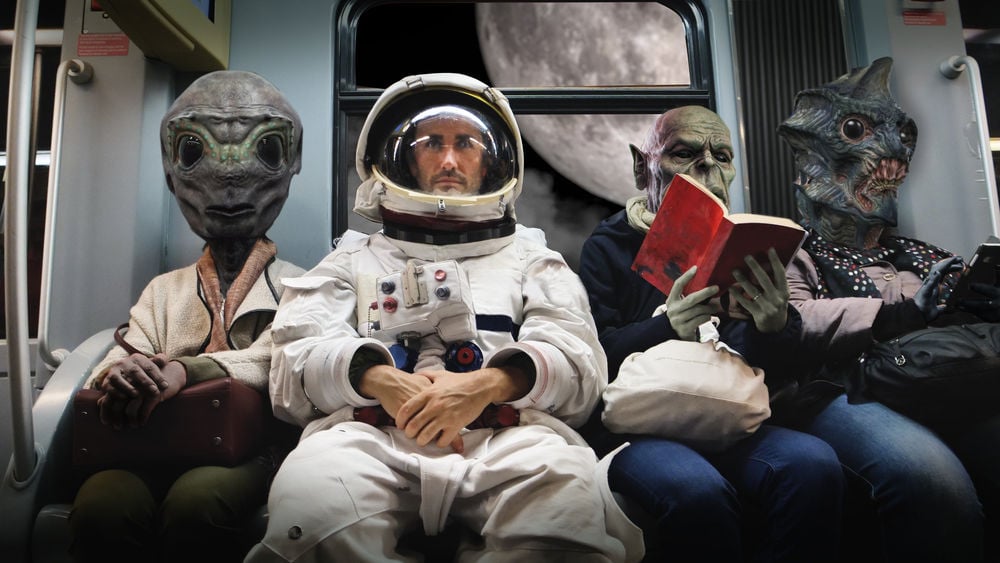 Instead of storming Area 51, invite aliens to your neighborhood for a party instead. 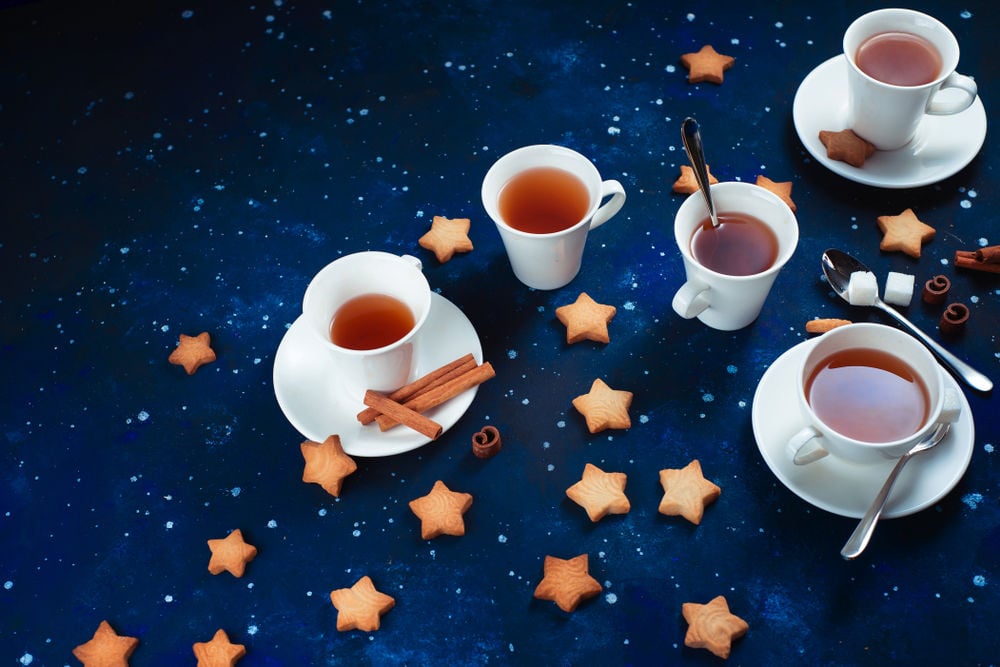 Earl Grey anyone? Use star and outer space themed decor for your out-of-this- world party. 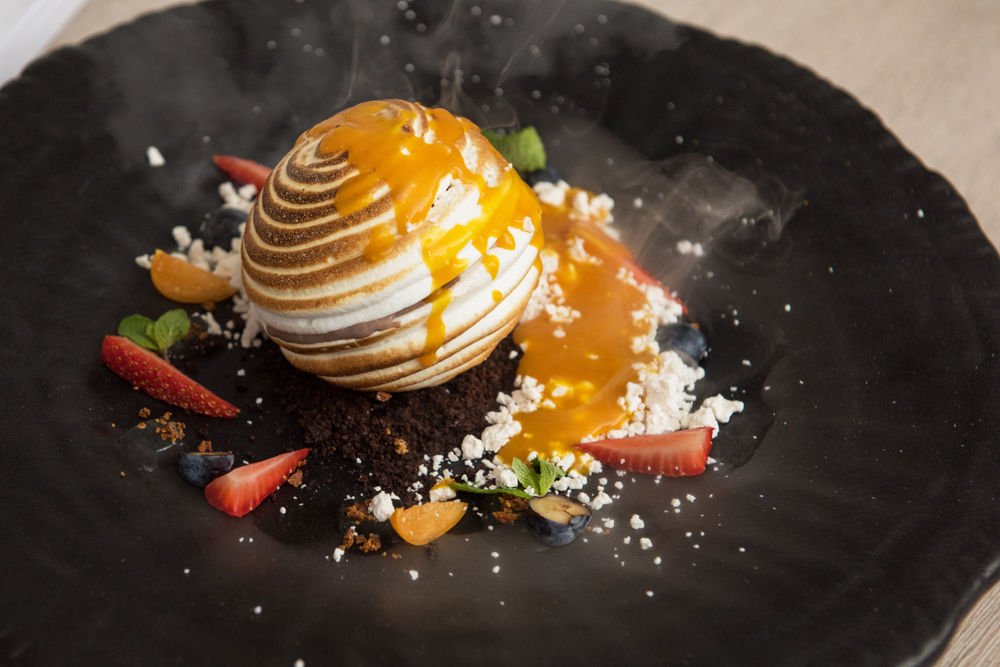 Have made-to-order liquid nitrogen ice cream and a smoked cocktail station decked out in a dry ice fog to keep the food and beverage in the mystical realm. 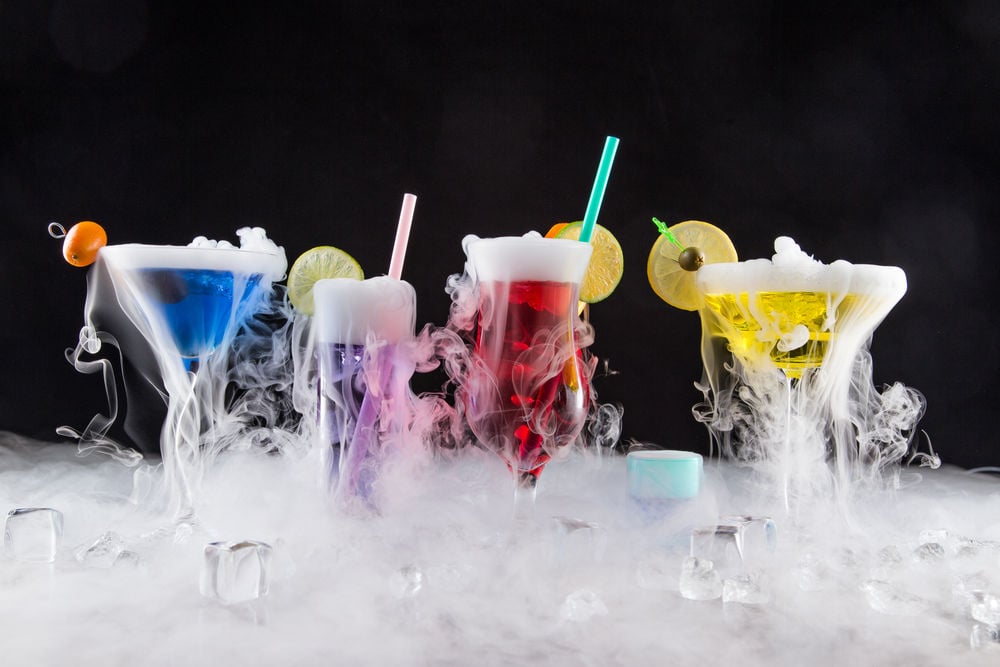 Create a smoked cocktail station decked out in a dry ice fog with out-of-this-world concoctions to keep your alien friends happy. 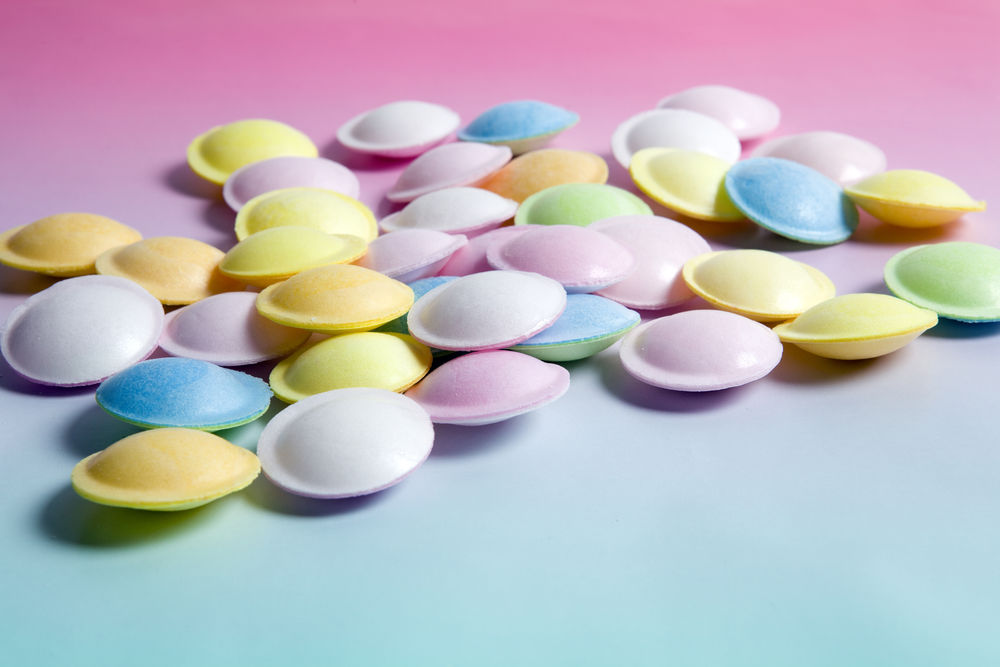 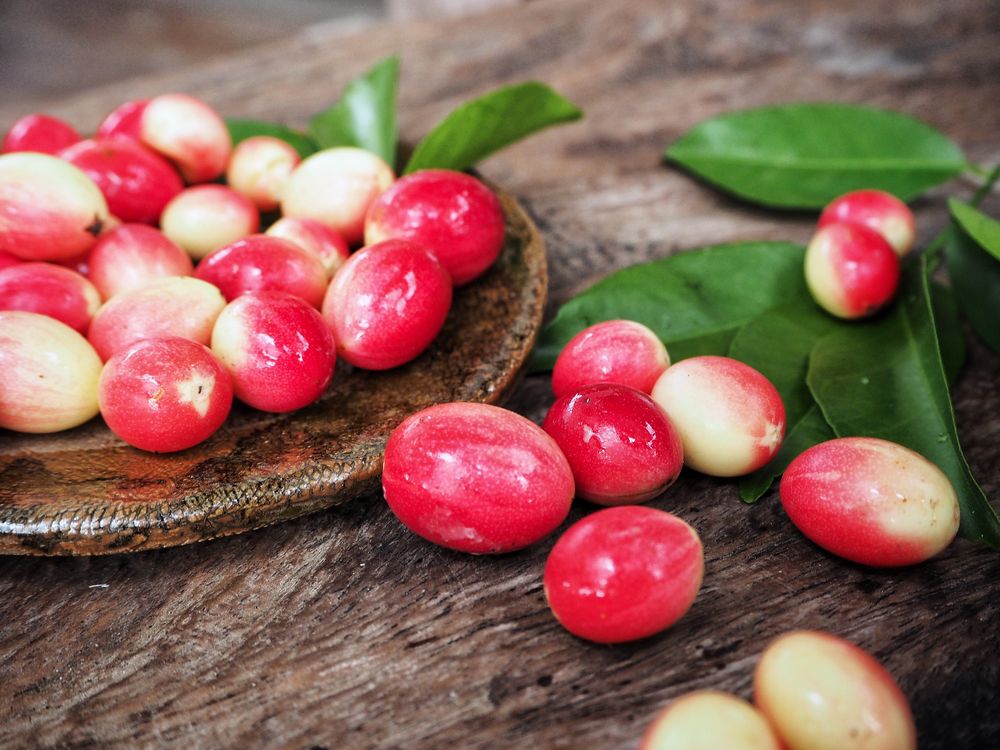 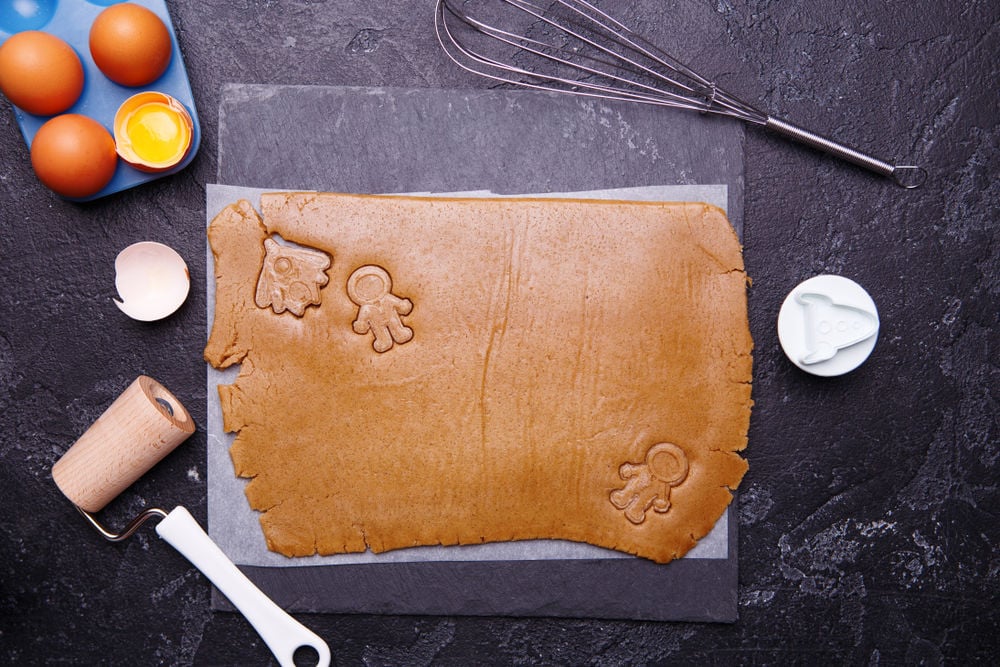 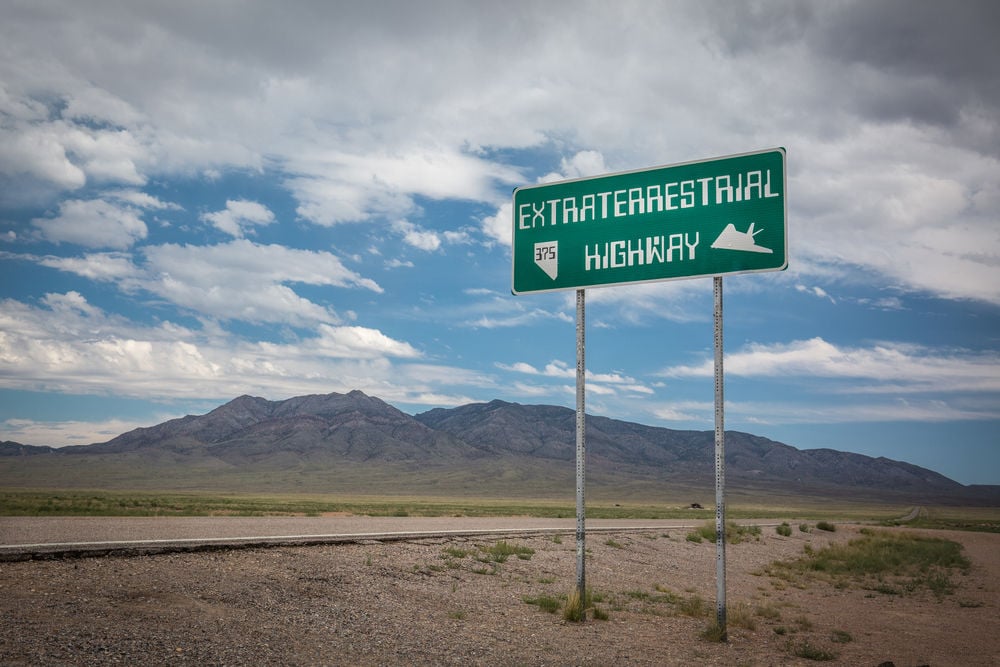 You don’t have to go to Roswell, New Mexico or storm Area 51 to have an out-of-this-world experience. 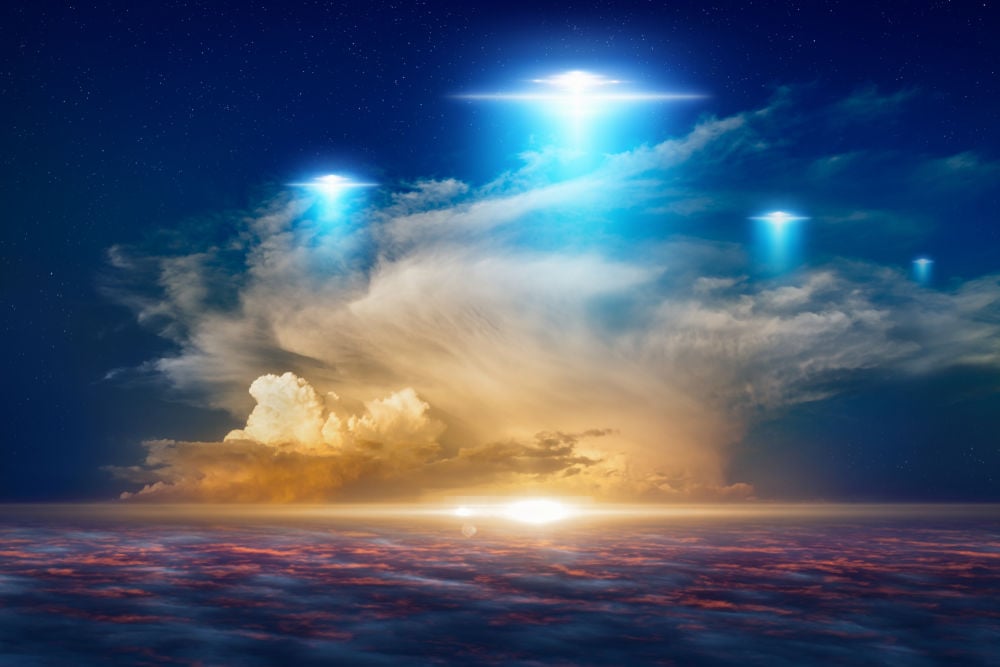 Forget about storming Area 51. Invite “alien friends” to your place for an out-of-this-world party.

Instead of storming Area 51, invite aliens to your neighborhood for a party instead.

Earl Grey anyone? Use star and outer space themed decor for your out-of-this- world party.

Have made-to-order liquid nitrogen ice cream and a smoked cocktail station decked out in a dry ice fog to keep the food and beverage in the mystical realm.

Create a smoked cocktail station decked out in a dry ice fog with out-of-this-world concoctions to keep your alien friends happy.

You don’t have to go to Roswell, New Mexico or storm Area 51 to have an out-of-this-world experience.

Forget about storming Area 51. Invite “alien friends” to your place for an out-of-this-world party.

Unless you live under a rock, in a bunker or don’t subscribe to social media, you’ve likely heard about the Sept. 20 “Storm Area 51” buzz. There’s an entire Facebook event and group dedicated to the supposed UFO discovery-driven mission. Even actor Danny Trejo is in on the fun, posting memes about his clone housed in the elusive bowels of Area 51.

Is there really going to be a massive trek to Nevada’s most notorious UFO destination? Let’s hope not — for several reasons.

Rather than face the real or imagined consequences of storming a military base, why not celebrate the mystery and wonder of outer solar system visitors in a safer way?

Turn your home, neighborhood and entertaining spaces into a galactic gathering place for all manner of extraterrestrials.

“The easiest way to throw a UFO-inspired home event or party is to make it all about the stars, galaxies and nighttime sky!” says Grech (llgevents.com).

Use a pinwheel invitation as a way to reveal a constellation of the party’s date and location information. If you want a simpler idea, use a thick, dark cardstock and punch stars into the shape of a constellation to serve as the design and then use glow-in-the-dark calligraphy to illuminate the event details.

To truly embrace a UFO ambiance, why not ask guests to dress as an alien of their own making? Send a lanyard with each invitation, complete with fill-in-the-blank introduction criteria: What is the name of your alien’s species? What planet do you hail from? What are your planetary customs?

If you feel conjuring an alien from imagination is perhaps too ambitious for your guests, ask them to come as a favorite film or literature-based extraterrestrial. Encourage the presence of all Wookies, Klingons, Centauri, Sangheili and Hrarf-Hrarfy. The more obscure, bizarre and idiosyncratic, the better! Offer an intergalactic award of choosing to the most complex, unique costume design.

“If kids are invited, think about making it a pajama party and have them wear their favorite night time attire inclusive of slippers or stuffed animals,” Grech says.

“If guests can’t get out to view a UFO, why not bring the UFO to them? Turn your home into a spaceship, complete with an alien lounge as you imagine it appears on board,” Goldberg says. “Hosts can splurge on custom spaceship interior design installations, futuristic furniture rentals, servers and bartenders in full-body prosthetics dressed as extraterrestrials — the sky’s the limit!”

If hosts would rather not turn their home base into a spaceport, the outdoors offer plenty of landing space for guests.

“Escape the city and relocate the party to a small, rural town where there’s less light pollution for a camping (or glamping) night out and bask in a real starry glow of the night sky!”

On the starship Enterprise, they have food replicators. If only it could be so easy as to pull a “Captain Picard” and order an Earl Grey tea (hot). While you can’t instantly replicate the desired food choices of all your guests, there are no limitations as to fun, filling and far-out menu ideas.

“Using a cookie-cutter to press mini sandwiches, fruit or cookie dough into cosmic shapes. Add glitter dust to desserts or glitter into sparkling drinks,” Grech says. “You can even add tonic water to a spiked punch and have black-lit to create an intergalactic glow.”

“Miracle berries are an affordable way to produce a truly unique dining experience,” adds Goldberg. “One dissolved on the tongue will make sour foods taste sweet. I’ve seen guests eat lemons as though they were candies on this stuff! Create an alien cocktail hour in which you serve miracle berries alongside sour foods and have guests taste them as the extraterrestrials do. They’ll love it!”

For a fun twist, take Goldberg’s lead and create a “Galactic Saloon.”

“With our catering partners, Pinch Food Design, we created amazing floating food displays for a Galactic saloon. Appetizers were carried around the room on gigantic helium balloons,” Goldberg says.

On the Orville spaceship, crew and passengers enter an environmental simulator to concoct an atmosphere or destination of their choosing. In the “Star Trek” universe, it’s referred to as the holodeck. An earthly host really doesn’t need either to switch up an environment. All that’s required is a little imagination, a few pillows and some dried ice.

“Create a cozy and relaxing backyard atmosphere with oversized cushions and decorative pillows. This allows your guests to lie down so they can view the stars without obstructions. To avoid lighting the space too much, illuminate the backyard with only candles or cylinder vases filled with fairy lights,” Grech says. “Keeping all of the lighting positioned low will provide some starry inspired light without interfering with the darkness needed to see the night sky.

For the party decor, find inspiration from the cosmos themselves and create three-dimensional star ornaments and meteors, sparkly satellites, and make a constellation runner with dark craft paper and a white chalk pen or pencil.”

Think about the terrain some of your favorite fictional extraterrestrials have traversed. If you live in a desert-scape, use it to your advantage to re-create Luke Skywalker’s home planet, Tatooine. If you live in an area that boasts lush vegetation, build it up to look like Pandora (the planet of blue aliens in “Avatar”).

If you are indoors, there are simple yet impressive ways to help guests feel they have been transported to a new planet via UFO.

“Hosts can arrange such items as made-to-order liquid nitrogen ice cream and a smoked cocktail station decked out in a dry ice fog to keep the food and beverage in the mystical realm,” Goldberg says. “Hosts can work with a specialty caterer to produce futuristic offerings, perhaps even some hors d’oeuvres in pill form could be created for the occasion!”

No matter where you take your guests, it’s likely going to be infinitely more fun than storming Area 51 — and mostly likely a lot safer.