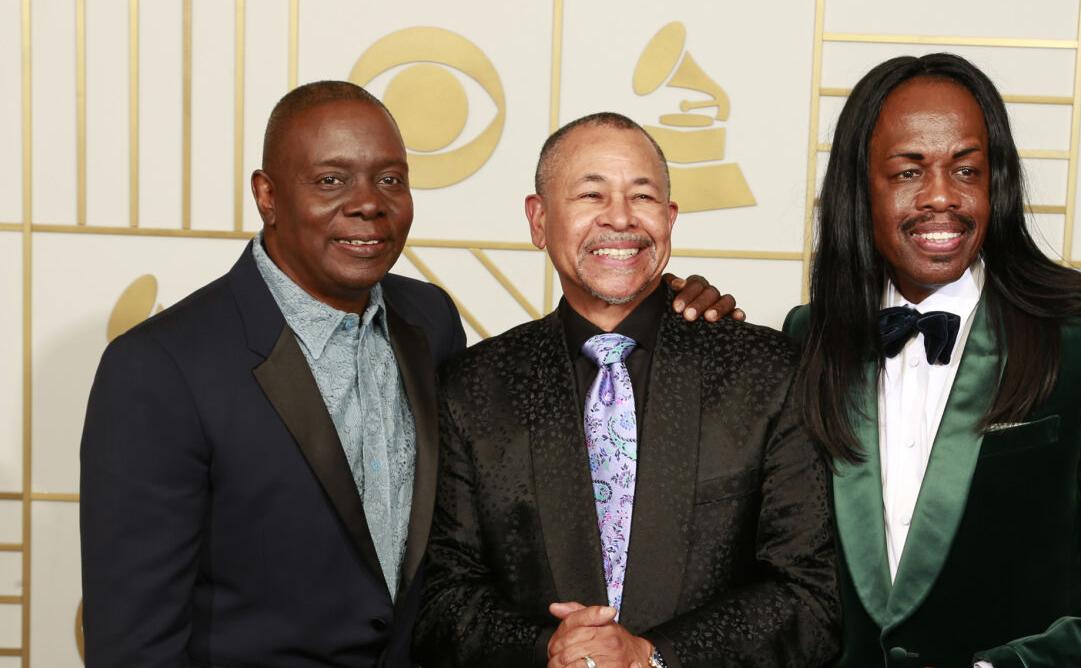 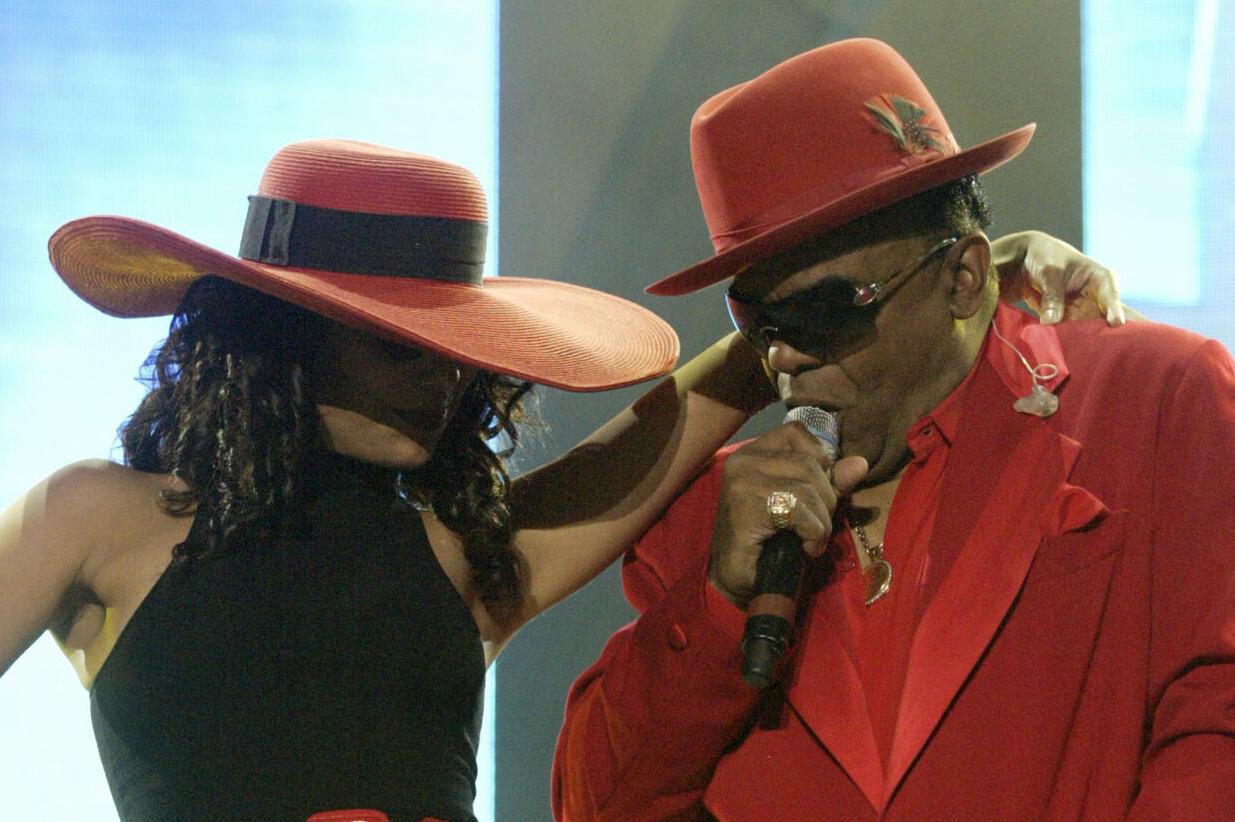 Singer Ron Isley, of the Isley Brothers, performs as a dancer joins him onstage during the Essence Music Festival at the Superdome in New Orleans on July 5, 2007.

Singer Ron Isley, of the Isley Brothers, performs as a dancer joins him onstage during the Essence Music Festival at the Superdome in New Orleans on July 5, 2007.

Ronald Isley of the Isley Brothers and Philip Bailey of Earth, Wind & Fire have both sold millions of albums. They’ve both scored dozens of hit singles. And the music of both men has helped set the mood at countless cookouts and in innumerable boudoirs.

Now this pair of soul-music greats share something else: They’ve both been vaccinated against COVID-19.

“I’ve had my two shots,” Isley, 79, said proudly the other day in a video chat with Bailey, 69, who noted that he’d received only his first injection but was due for his second on April 8.

“It makes you feel like you can see the light at the end of the tunnel,” Bailey added.

For each man, the vaccine represents a crucial step toward safely resuming the road work that’s kept these hard-touring R&B acts in business since they ruled the airwaves in the 1960s and ’70s with deathless jams like the Isleys’ “It’s Your Thing” and “That Lady” and EWF’s “September” and “After the Love Has Gone.”

But as they wait for the rest of the world to catch up, they’ll go head to head Sunday in a Verzuz battle that will appear live on Instagram (instagram.com/verzuztv) and Triller.

Set to be hosted by Steve Harvey, the show can be thought of as a kind of grown-folks sequel to last fall’s delightful match-up between Patti LaBelle and Gladys Knight. (Other upcoming battles in the Verzuz series, which producers Timbaland and Swizz Beatz introduced not long into the pandemic, include Method Man vs. Redman on April 20 and SWV vs. Xscape on May 8.)

And like LaBelle and Knight, Isley and Bailey seem more interested in a love-fest than a true competition. Wearing a New York Yankees cap and a neatly trimmed beard as he spoke from his home in St. Louis, Isley — whose principal bandmate these days is his guitarist brother Ernie — laughed when asked which band was likely to win.

“I don’t know nothing about no handicap. I’m just glad to be there with them and playing some records. We got a whole bunch to play. And I know they got a whole bunch too,” Isley said of Earth, Wind & Fire, which in addition to Bailey includes percussionist Ralph Johnson and bassist Verdine White. “I know everything they ever did. They could give me a job in the group and I’d know everything to sing.”

In fact, Isley and Bailey are more than mutual admirers: The men were brothers-in-law for about nine years until 2010 when Bailey split from his second wife, Krystal, whose sister Kandy is married to Isley.

“I have two sons and Ronald has one around the same age, and to this day they’re still on the phone till 2 o’clock in the morning,” Bailey said from behind a piano at his place in the Inland Empire.

Isley nodded. “Playing on those computer games,” he said.

Do you remember the first time the Isleys and Earth, Wind & Fire crossed paths?

Bailey: I recall one particular time they played the Newport Jazz Festival in the ’70s. But anytime they were playing anywhere, I’d be there. Their show, it was pandemonium. Crazy, electric, soulful. It was iconic. And Ronald — that’s a singer you can take lessons from.

What does he teach you?

Bailey: A lot of singers don’t have the luxury of being able to croon — to romance the way he does — but then also be able to sing “Fight the Power” and the funky, uptempo, hard-hitting stuff that he’s sung throughout his career.

Which of those styles feels more like home to you, Ronald? When you open your mouth, what comes out naturally?

Isley: I don’t know what’s gonna come out. But I’m equally happy to do both. You know, we started out in 1959 with “Shout,” our first hit record. Then “This Old Heart of Mine” and “Twist and Shout.” I didn’t get to sing too many ballads back then. That came later on.

Who were some of your models for great ballad singing?

Bailey: I can hear the Sam Cooke in you. For me, I listened to a lot of female jazz artists. And of course, the Motown and Philly sounds, all that stuff was very influential. And church and gospel.

Isley: I think Philip’s voice is so important on their records. When he came in on the harmony, there’s nobody like that. He has his own sound.

Did you think of your two bands as competing back in the day?

Isley: We would listen to everything they would come out with and we’d know, “Hey, we better get ourselves together.” After “That’s the Way of the World,” that’s when we did one of our best albums — “The Heat Is On.” You wanted to do your best.

Bailey: When we came up, groups and bands and performers were interested in being their own thing. They wanted to make sure that they had their own identity. So though we were inspired by one another, we very much knew who we were. And we were intent on keeping that identity.

How would you describe the audience at an Isley Brothers or Earth, Wind & Fire show?

Bailey: We have about four generations of folks that will attend.

Isley: We have the grandmothers and the babies. Some of these kids will come up to you and start singing your song to you. You look at ’em and say, “How did you know that?” “My grandmother played this record all time.”