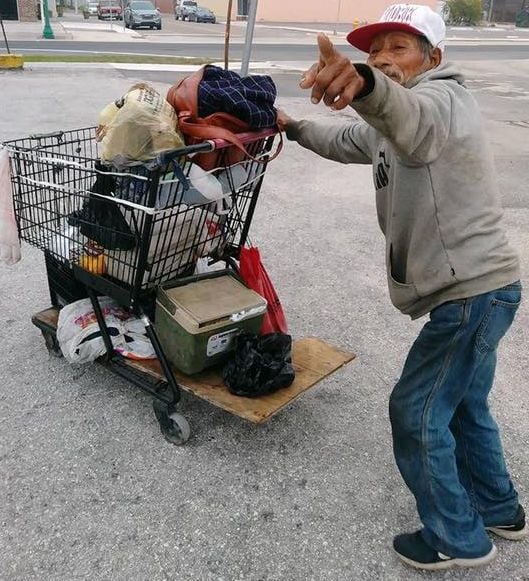 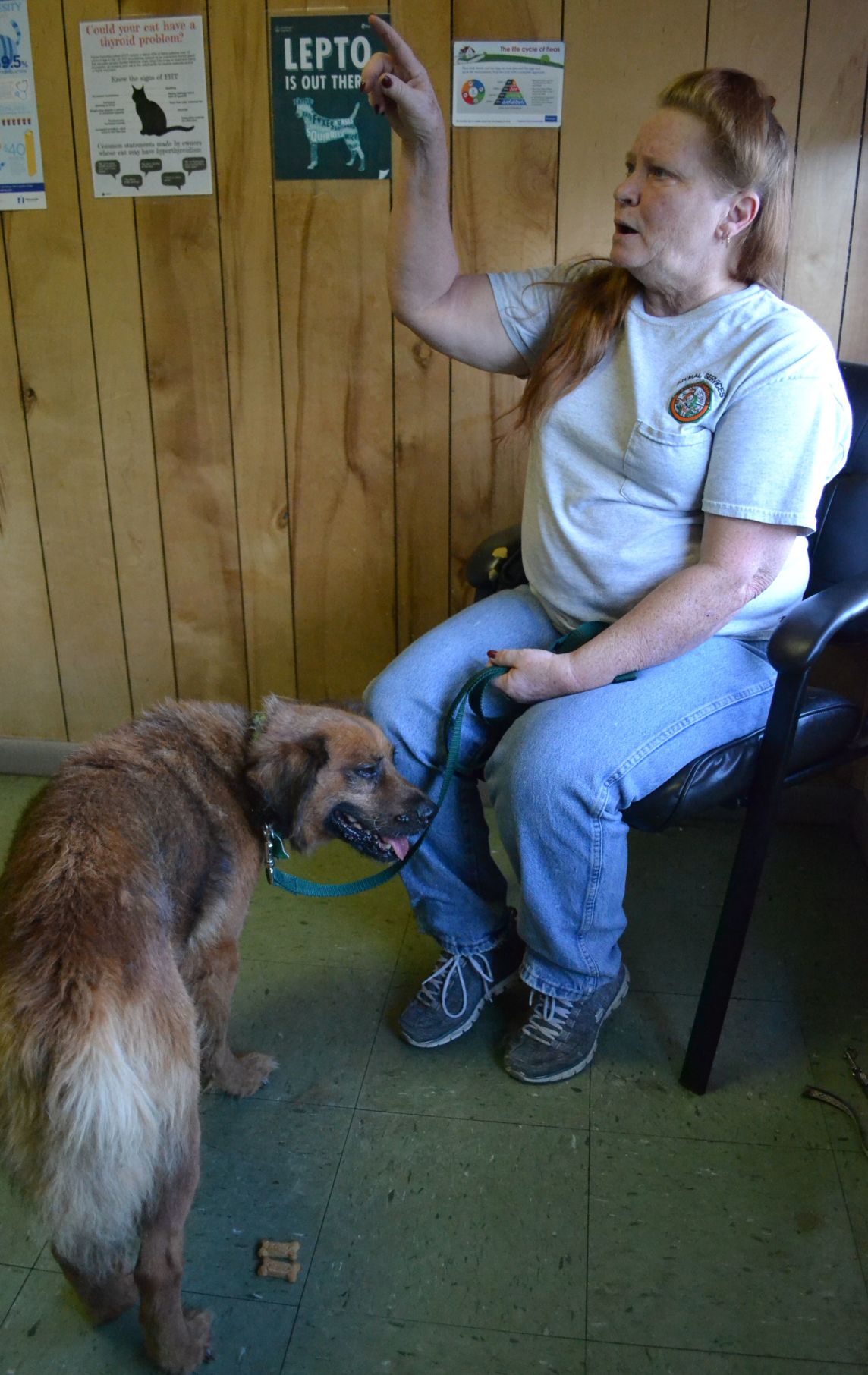 Dog bites stranger. Dog is then placed among strangers. Strangers step up to rescue dog. And dog is reunited with owner among strangers who have cared for him and paid to get him sprung from a strange place.

These basics tell the story of a homeless Arcadia man and his dog, the pair celebrated by locals and visitors alike for their inseparable relationship and who are closely monitored on social media.

The pair are Juan Sebastian and Cheeto, a shaggy red dog of complete loyalty that often runs interference in traffic to allow his master a safe crossing, or circles in a radius as Mr. Sebastian diligently pushes a shopping cart of recyclables and his personal gear in and around Arcadia.

But their solitary travels screeched short two weeks ago when Cheeto snapped at a stranger brushing against him, said Debbie Merkin, supervisor for DeSoto County Animal Services, the division controlling such things. For his infraction, and by law, Cheeto was cuffed and sentenced to a 10-day quarantine at animal control offices on NE McKay. With limited resources, Mr. Sebastian couldn’t cover $200 in fees for mandatory vaccinations and a physical.

Then Arcadians came to the rescue. One woman using social media in a couple of hours collected $500. A donation jar placed by another woman produced two hundred-dollar bills and a fifty, plus change. And with limited English, Mr. Sebastian was kept in the loop by Miles Christian-Hart, a local businessman who speaks Spanish. Meet next Tuesday at the Animal Ark of Arcadia veterinary office on U.S. Highway 17, Christian-Hart told Mr. Sebastian by cellphone. He also explained in rapid-fire Spanish Cheeto’s circumstances Tuesday as onlookers watched.

Merkin had Cheeto there on time. Nervous, the dog shivered in his new collar and leash. Dr. Adam Sorrells, the vet and clinic owner, was feeding Cheeto heartworm meds stuffed in moist pet food. The scene was like an inmate awaiting release. And then a van with Mr. Sebastian and Jennifer Dueboay, the Farm Credit branch staffer who had raised Cheeto’s bail, the balance of which went to Animal Ark for the dog’s future health care, arrived.

Mr. Sebastian in slippers, a sweatshirt and pants scissored short to fit his slightness was seated when Merkin walked Cheeto into the room. It was as if he was on a first date. The dog saw his master and rejoiced.

And like the release of balloons, the reunited pair floated off, back to their places on the street.

“I think it’s awesome,” Dueboay said, “that they’re back together.”