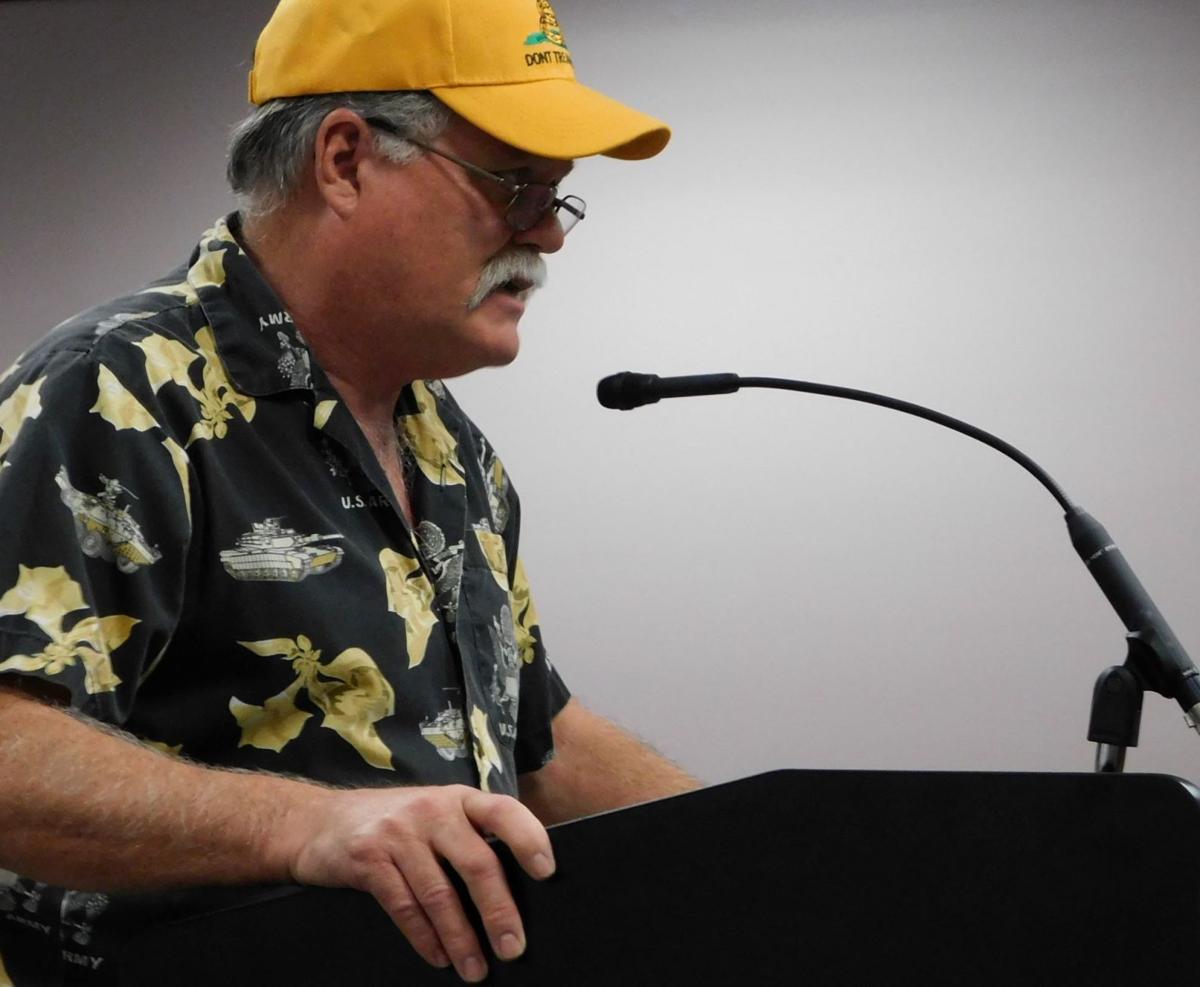 DeSoto County resident Ron James asks the DeSoto Board of County Commissioners to pass a resolution at Tuesday’s meeting that declares the county as a Second Amendment Sanctuary. “The Second Amendment is the voice of the people,” James said. 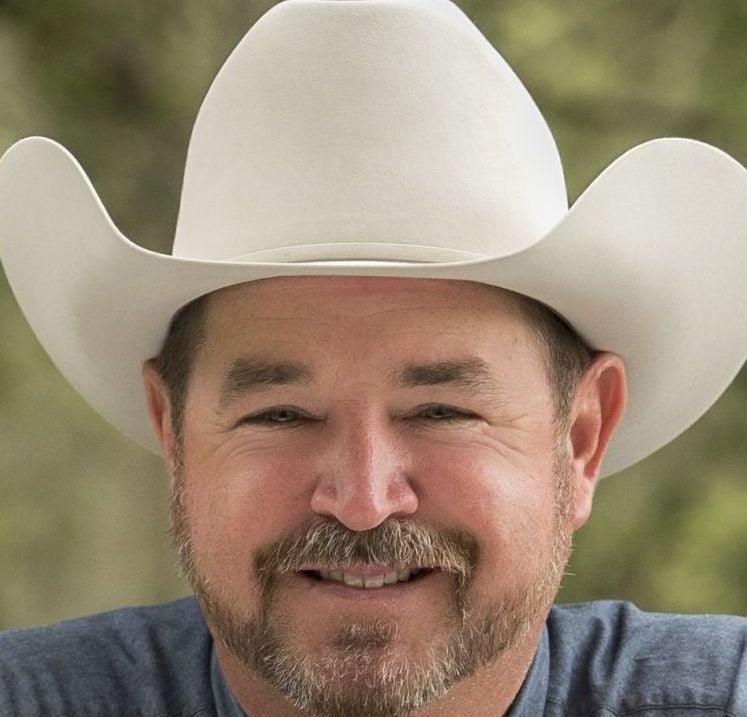 DeSoto County Commissioner Elton Langford spearheaded an effort to declare the county as a Second Amendment Sanctuary. A resolution was passed unanimously Tuesday during the Board of County Commissioners meeting. “DeSoto County supports the second amendment. If (politicians) come up and take opposition against it in the future, just know that we are going to be knocking on your door,” Langford told the Sun.

ARCADIA — Any crackdown on gun control at a state or federal government level is going to get a fight from DeSoto County.

The declaration is a mostly symbolic effort, reiterating the county’s stance on protecting its residents’ second amendment rights to bear arms.

“I think (the approval) just sends a message,” Commissioner Elton Langford told the Sun. “DeSoto County supports the second amendment. If (politicians) come up and take opposition against it in the future, just know that we are going to be knocking on your door.”

Langford brought up the idea at a previous meeting. County staff brought it before the board Tuesday for an official vote.

“We have had some residents that wanted to see this happen,” Langford said. “This is back-up for what’s already there (with gun protection rights) and with our approval today, we do so in a more formal manner. The county as a whole has stood up and is letting everybody that needs to know that we support the second amendment and feel strongly about it.”

DeSoto joins a growing list of Florida counties to pass such a resolution. Polk, Okeechobee, Hendry and Lake counties have also passed similar resolutions in the last couple of years, among others across the state and the nation.

“If you (as a board) just sit back and don’t do nothing, then it looks like you don’t give a flip,” Langford said. “I think the second amendment is important to the country (and) what it stands for and how we got to where we are now.”

“Charlotte County is aware of the DeSoto County Commissioners’ vote,” Gleason said, “but there has been no discussion about that issue in Charlotte County.”

Lee County also has not considered any efforts regarding the Second Amendment Sanctuary movement at this point, according to Betsy Clayton, county director of communications.

Sarasota County did discuss passing a gun sanctuary resolution in November, but commissioners nixed it in a 3-2 vote.

“This resolution shows that DeSoto County is standing up for what (we) think is right so that there is no doubt left in people’s minds,” Langford said, “that you firmly believe in the Second Amendment.”

The resolution supports the preservation of rights granted to the people in the U.S. Constitution through the Second Amendment, according to the county’s agenda documents.

“Local resolutions are being passed across the nation in response to relative legislation being proposed that is perceived as sweeping and overreaching,” said County Administrator Mandy Hines at Tuesday’s meeting. “(The legislation could) abridge the constitutional rights of the people.”

The gun sanctuary resolution passed with a round of applause from the DeSoto County community present at the meeting.

“You guys at the commission level, the local judges and the county sheriff are the last form of defense of our constitution,” DeSoto County resident Ron James said. “The Second Amendment is the voice of the people ... to say that we want to support and back our Constitution of the United States.”