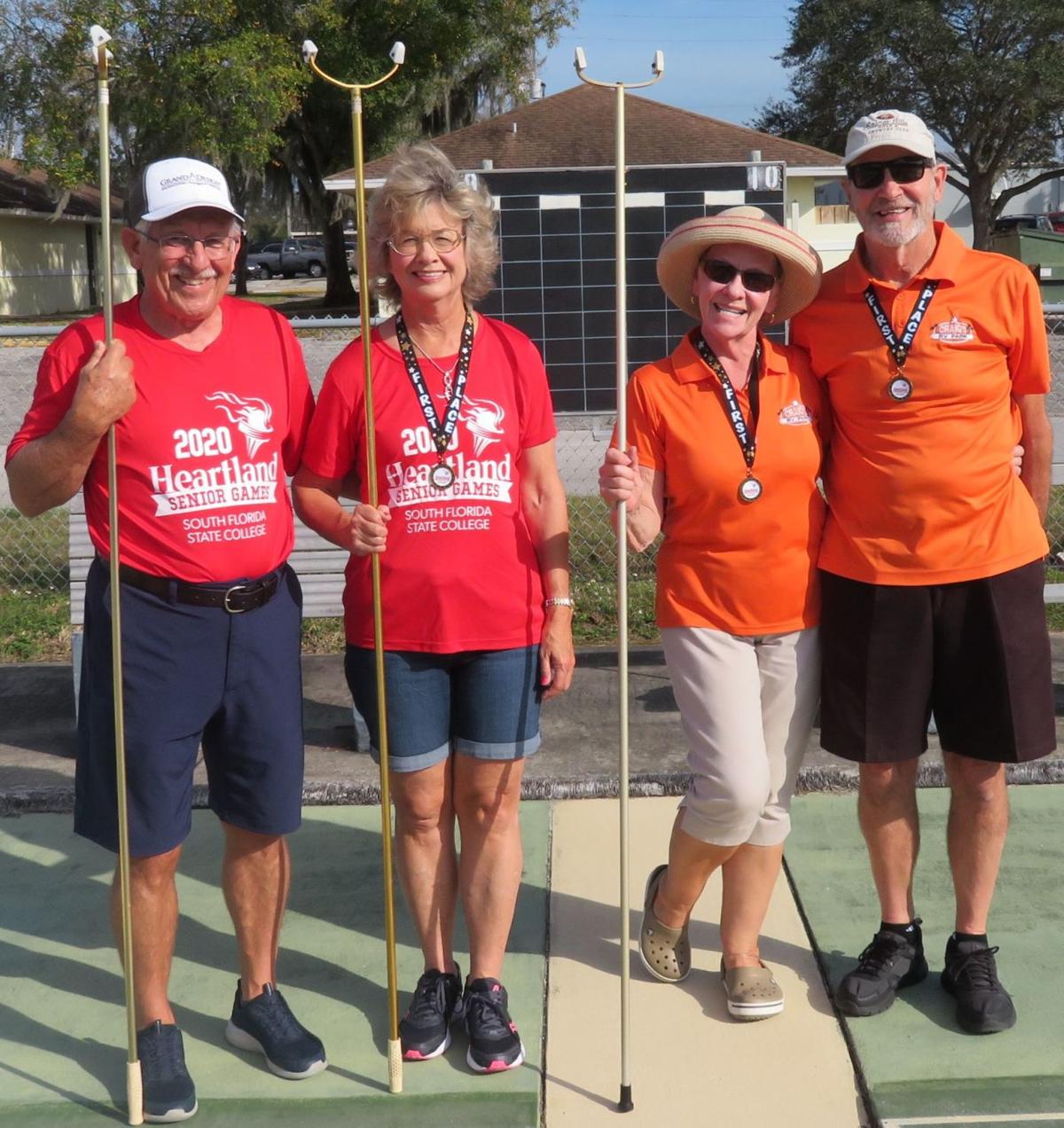 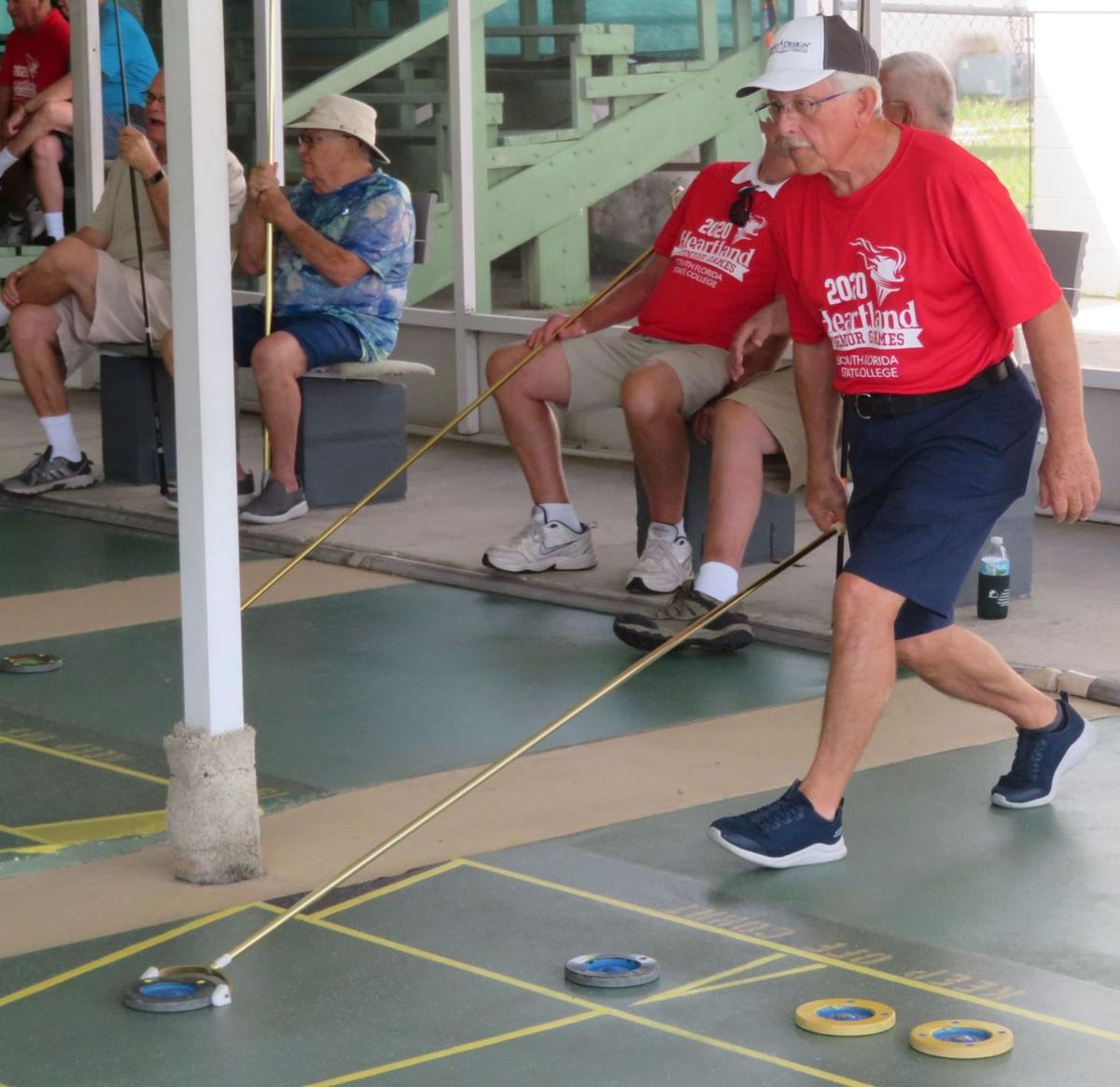 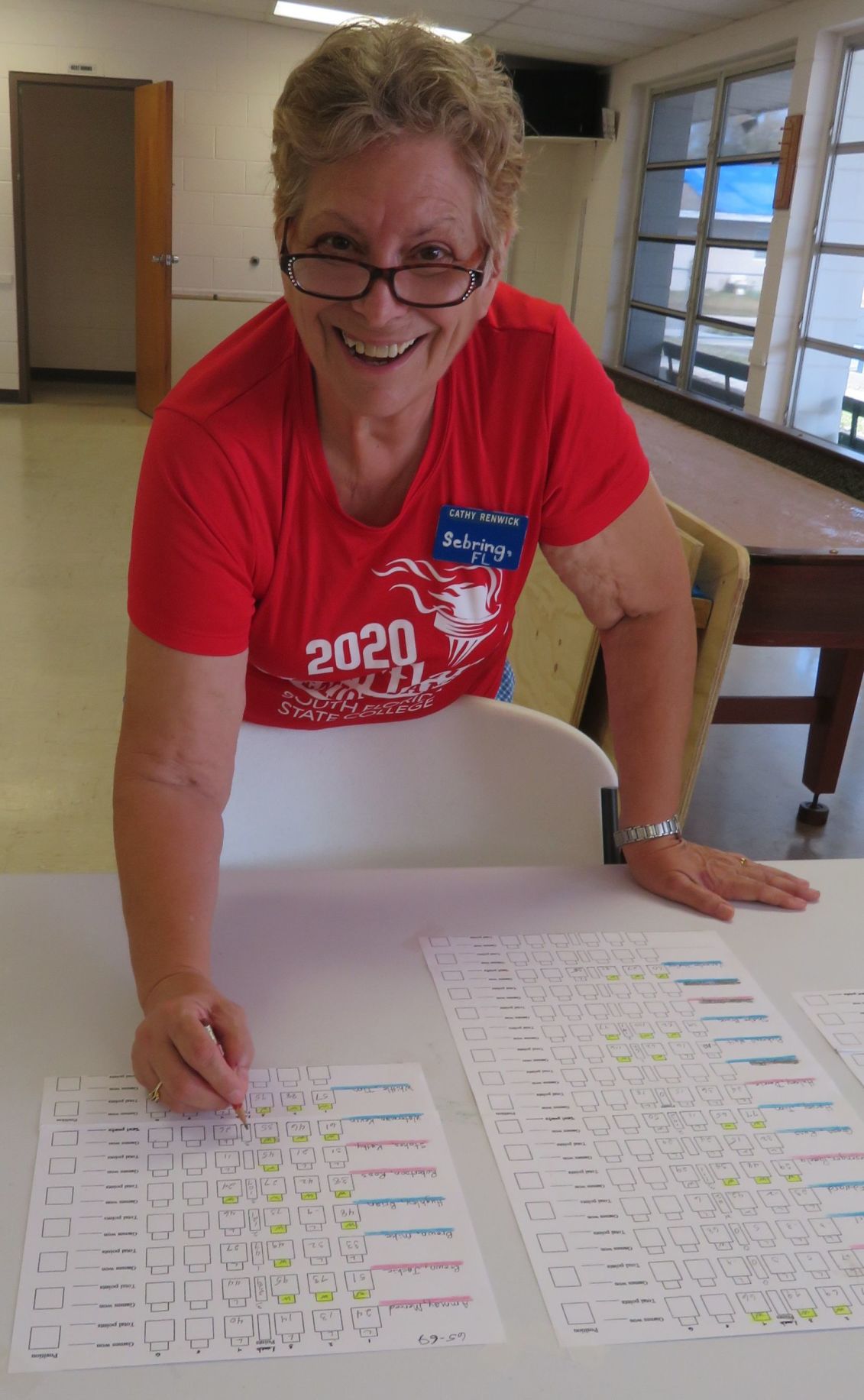 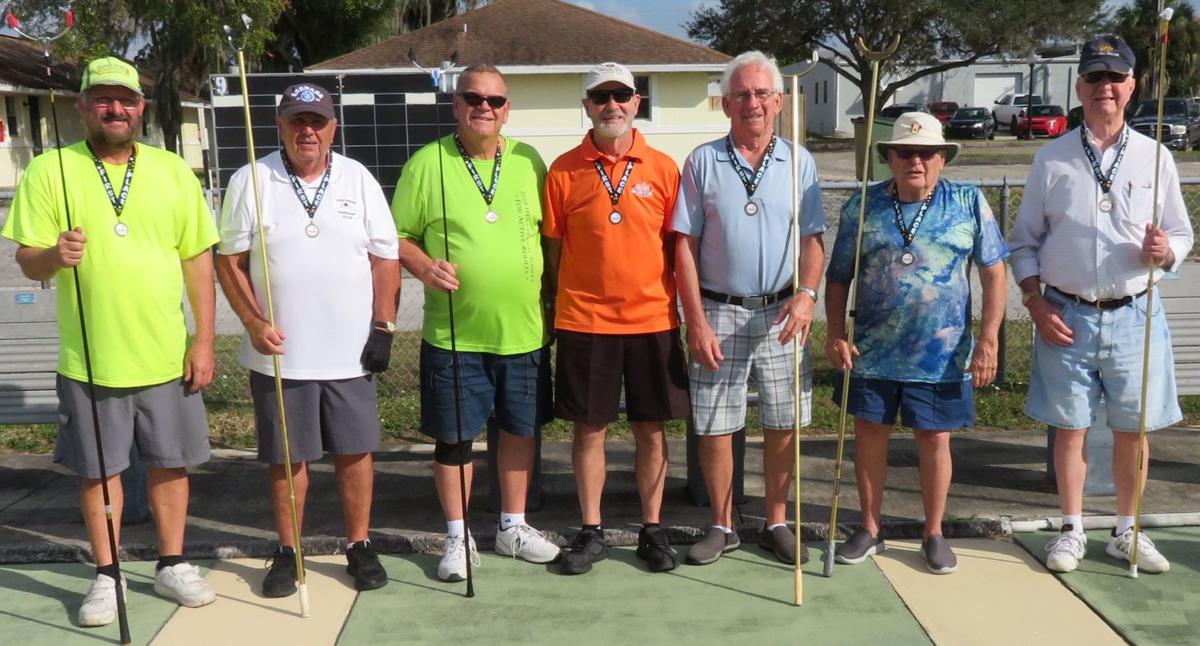 Shuffleboard is a game enjoyed by thousands, especially here in Florida.

Sadly, the game doesn't have the same attraction for younger people. Some clubs up north are trying new ways to get people involved with more social activities.

Not unlike curling, a hugely popular sport in Canada that attracts millions of television viewers for bonspiels, shuffleboard is a game of strategy. The best players read the courts much as a golfer reads the green before putting. Shufflers know when to throw up a block and when to take out an opponent's disc.

Strategy played out as 45 shufflers met at the Sebing Recreation Club on Feb. 12 to compete in the Heartland Senior Games. South Florida State College appreciates the team at the Recreation Club for welcoming the shufflers and helping to make sure that the day ran smoothly. Club president Larry Lane and vice president George Rosema were on hand throughout the day to assist wherever needed.

For the second year, the Sebring Recreation Club invited the Heartland Games shufflers to use their great clubhouse and covered courts. The Recreation Club is a busy spot. While shufflers were registering and playing their morning games, the Highlands Woodcarvers were busy on individual projects. After lunch, pinochle and bridge players gathered. Soon after that, some table-tennis players came to practice for the Heartland Senior Games table-tennis tournament to be held here at the Club on the Feb. 20.

After the 2019 shuffleboard tournament, competitors wanted a different format to ensure that everyone got lots of playing time. Cathy Renwick of Whipser Lake took on the role of tournament director and set up a singles-mingles format in which every shuffler played six games. Although no doubles play took place, players were assured that if they qualify in singles they are automatically eligible to play both singles and doubles at the Florida Senior Games to be held in Fort Lauderdale in December.

Sari Crews from South Florida State College welcomed everyone before Cathy Renwick outlined rules of play and players selected a chip to determine court and opponent. The order of finish at the end of the day was determined by the number of wins. In case of a tie, points earned was the tie-breaker.

Russ and Pam Clevenger of Craig's RV Resort played in the golf Senior Games tournament this year and last. They signed up for the 2019 Games after hearing from others in their campground, urging others to sign up in the future, saying it's great fun, even if you don't win.

There are are lots of shufflers at Craig's and the Clevengers will be convincing their friends to sign up for the 2021 Games.

Mike Brown and his wife, Jackie, are from Cross Creek. Mike, a retired educator, is competing in the Games for the first time. In past years he assumed he wasn't good enough to play in the Games. Having taken part in both pickleball and shuffleboard this year, he realizes that you don't have to win to have a great time. He also knows that the only way to improve is to play against those who are better than yourself.

The 65-69 category was contested by both men and women. Jackie Brown of Cross Creek took gold with five wins and led all women with her 352 points. Ross Robertson of Lake Placid won silver and Tanglewood's Kathy Stokes took bronze for the women.

The largest group of players was in the 70-74 bracket. Pam Clevenger was the women's gold medalist with her five wins. Di Blajda from Sun n Lake captured silver while Lynn Bosley from Sebring Country Estates went home with a bronze medal. Bruce Shidler of Lake Bonnet Village won five games and had the highest point total of the day, 398, to earn his gold medal.

Jim Harvey, playing for Whisper Lake, came away with silver and Walt Pickerell from Leisure Acres was the bronze medalist.

Another large group was the 75-79 year olds, where Gerry Leslie from River Greens came out ahead of Carol Buchanan from Whisper Lake in women's play.

Cross Creek's Russ Clevenger and Tanglewood's David Keller both had four wins, with first place going to Clevenger who had 221 points. Tie-breakers had to be used to clear the logjam for third place in this division as four men posted three wins apiece. Ron Crandall's 200 points allowed him to emerge in third.

With one Heartland Senior Games tournament under her belt, Cathy Renwick has agreed to be tournament director again and Larry Lane is happy to have the Games back at the Sebring Recreation Club on Feb. 10, 2021.