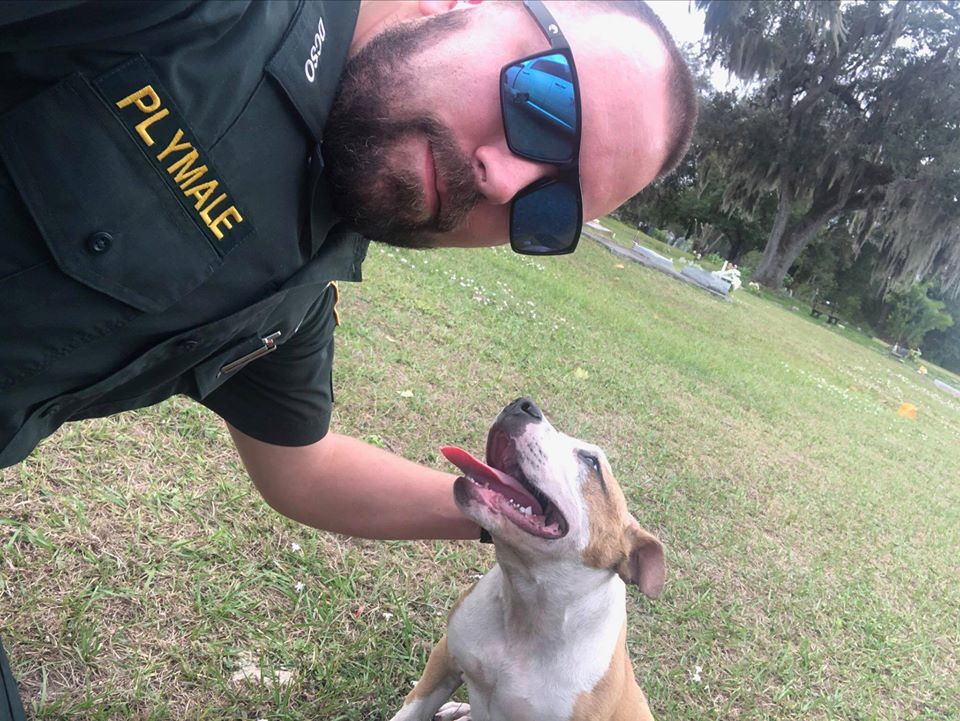 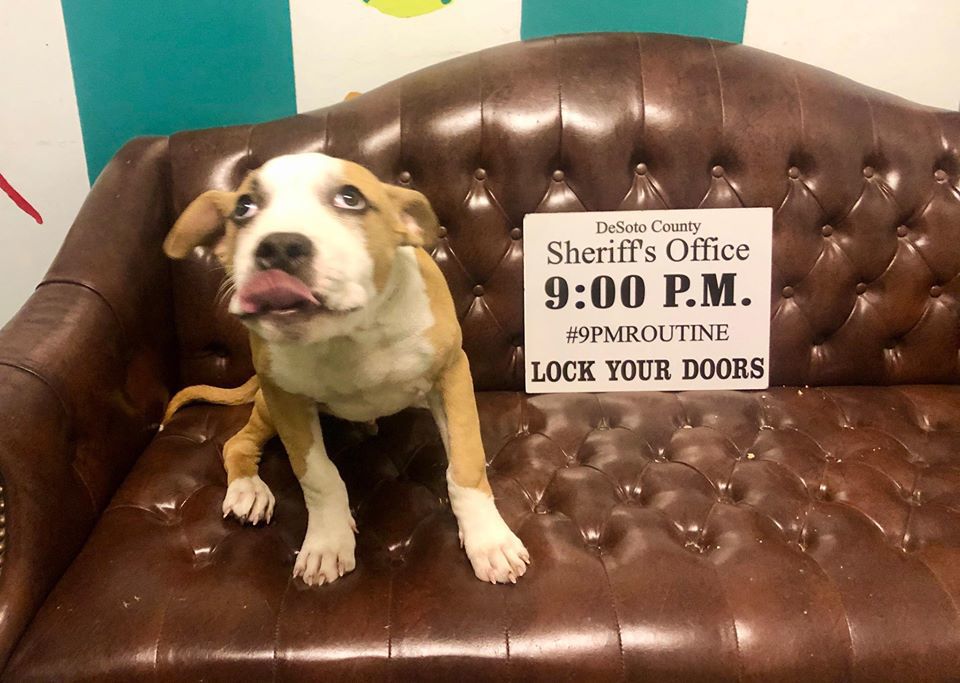 The DeSoto County Sheriff’s Office posted a second photo of the puppy on Facebook Friday, reminding residents to lock their vehicles at 9 p.m.

The DeSoto County Sheriff’s Office posted a second photo of the puppy on Facebook Friday, reminding residents to lock their vehicles at 9 p.m.

ARCADIA — A 4-month-old pit bull puppy was found left to suffocate in a DeSoto County cemetery last week, tied up inside a plastic trash bag. The DeSoto County Sheriff’s Office is searching for the person responsible.

According to the incident report, Cpl. Matthew Plymale was flagged down around 1:40 p.m on Dec. 12. while patrolling on SW Hillsborough Avenue by a man at Union Cemetery in reference to the dog in the trash bag. Plymale jumped out of his vehicle and cut the dog out of the bag. He was a white and brown, male pit bull puppy.

The man who flagged him down said he was taking a test drive with a vehicle he was repairing when he noticed the bag moving in the cemetery. He didn’t see anyone else in the area and had no clue where the puppy came from.

The dog was panting heavily, and Plymale provided it with water. He called DeSoto County Animal Control but could not immediately make contact due to the DeSoto County Christmas Picnic.

The puppy was photographed, and Plymale fashioned a collar out of rope, securing the puppy in the bed of his truck. When Animal Control answered, an employee responded to the office to house the dog, which is believed to be 4 months old.

The plastic bag was submitted to evidence for processing, and the puppy’s photo was posted on the DeSoto County Sheriff’s Office Facebook page. Deputies are trying to locate the owner or person responsible for leaving the dog to suffocate.

Anyone with information is asked to contact Cpl. Plymale at the Sheriff’s Office or DeSoto County Animal Control.

Tips can also be submitted anonymously through www.tipsubmit.com.

On Friday, the Sheriff’s Office posted another photo of the pup, “Bouncer,” as he’s being called by Animal Control staff, with a post attributed to him.

“Some nice folks from DCSO came by to check on me today after my traumatic experience yesterday,” the post stated. “I just wanted to thank you all for your concern and let you know I’m doing great. I’m healthy, safe and cozy right now.”

Col. James Vitali said it’s still an ongoing investigation, and the agency is trying to process the evidence to see if that provides any leads.

The puppy will be up for adoption at the conclusion of DCSO’s investigation, according to Animal Control.