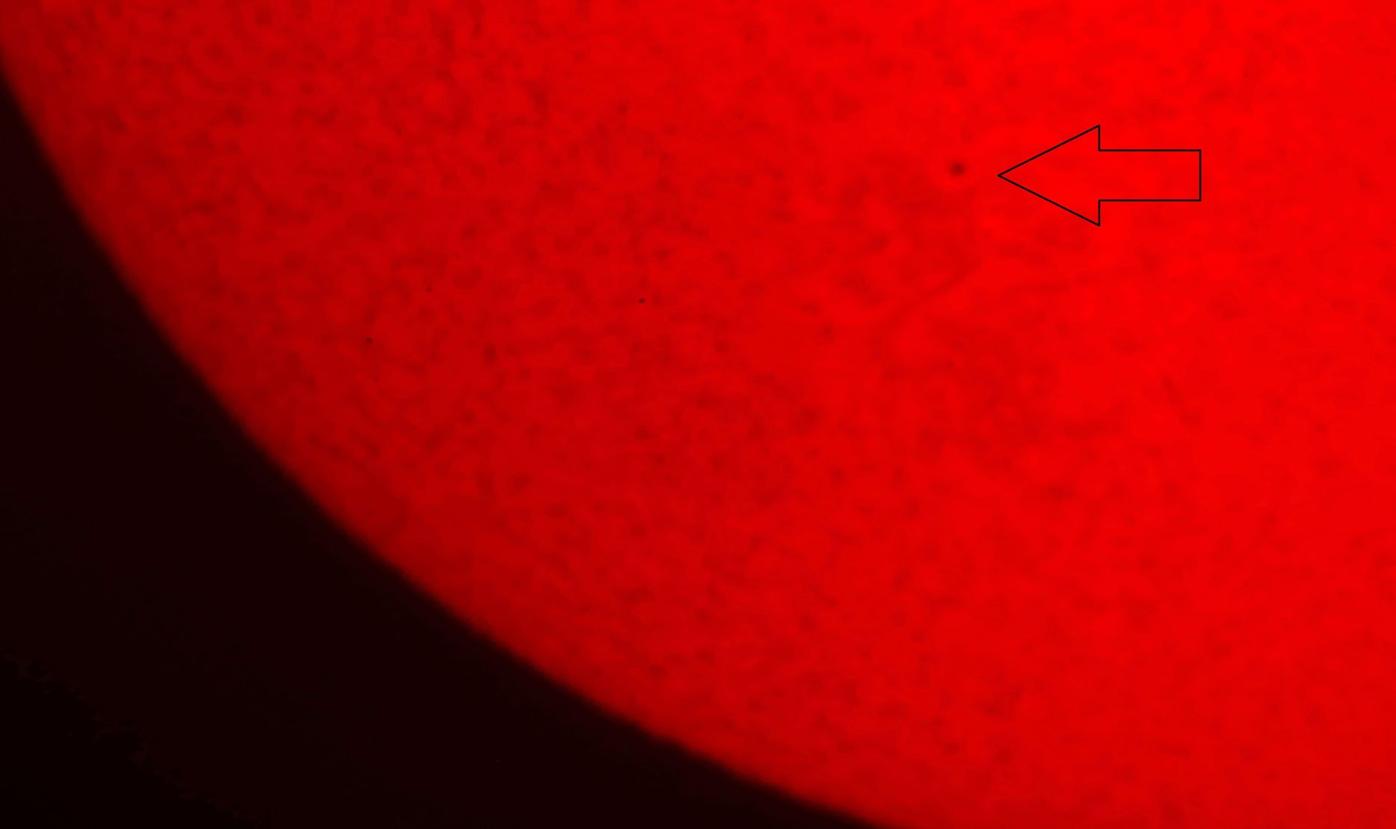 Sunspot AR2765 is photographed on June 9, seen again in daylight against the solar disk. The sunspot (arrow) is about the size of the earth compared to the sun! 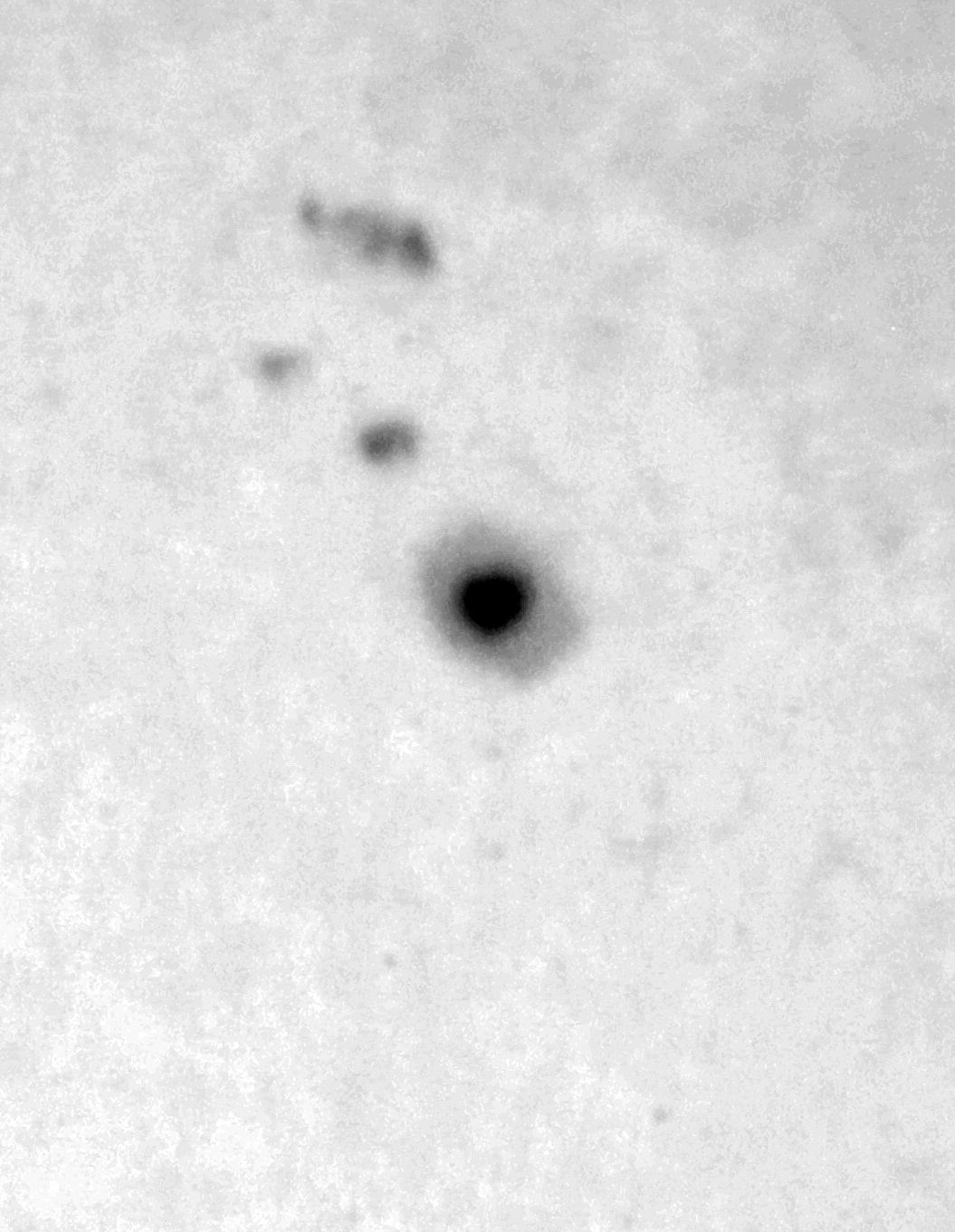 Pictured on June 6 is sunspot AR2765 in white light. 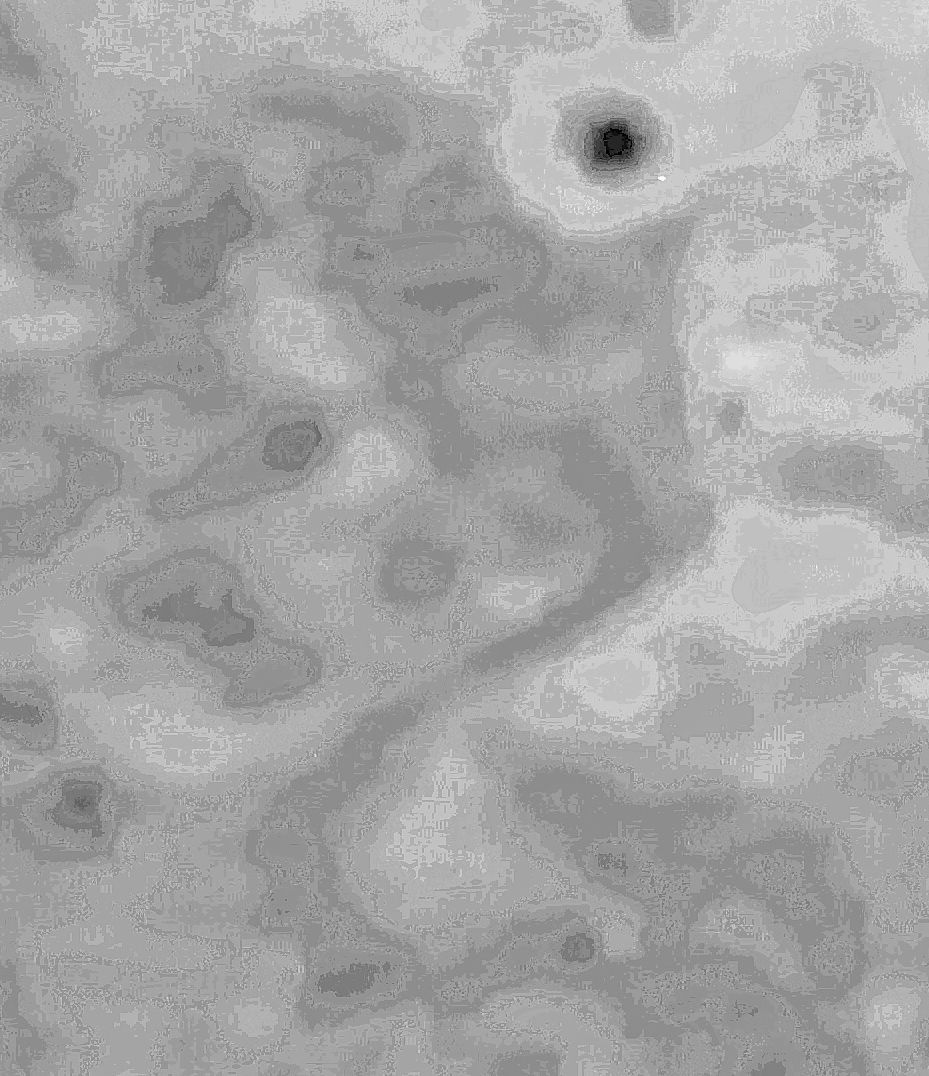 Shown is sunspot AR2765 as seen with a hydrogen alpha telescope to show its tail.

Sunspot AR2765 is photographed on June 9, seen again in daylight against the solar disk. The sunspot (arrow) is about the size of the earth compared to the sun!

Pictured on June 6 is sunspot AR2765 in white light.

Shown is sunspot AR2765 as seen with a hydrogen alpha telescope to show its tail.

Our nearest star, the sun, has been observed cycling through various phases or cycles. These cycles have been shown as an 11-year rotation of low solar activity, where the sun displays very few sunspots and flares ... and an 11-year cycle where solar activity is high and many sunspots are seen.

Sunspots have been observed and counted since the 17th century. Scientists suggest that the number of sunspots can affect our climate, atmosphere and ground-based technologies.

This year has seen very few sunspots, in fact the sun has been blank, free of any sunspots at all 77% of the time. Sunspots can be identified by their polarity. A -/+ charge shows a particular sunspot to belong to the last solar cycle. A +/- charge would identify a sunspot to be a member of the new solar cycle.

This is the case right now, as starting around June 5 we saw the emergence of a new sunspot. As it rounded the back side of the sun, where it was discovered, it was given a name, AR2765. The new sunspot was quickly identified as having an A +/- charge, suggesting the start of a new solar cycle. This is good news for astronomers because the sun has been unusually quiet for quite some time now.

So what are sunspots and why do we care about them? Sunspots are temporary phenomenon that appear on the sun’s photosphere. They are cooler than the surface of the sun and appear darker than the surrounding areas. Sunspots often appear in magnetically connected pairs. And their appearance can produce explosions that hurtle solar winds containing charged particles and debris. These particles can produce beautiful auroras, but can also interfere with the operation of satellites and with radio and cellular phone communications here on earth.

At the time of this writing, June 8, Sunspot AR 2765 is crackling with “B” class eruptions. According to spaceweather.com, “B” class flares, or eruptions, are relatively small, but they are equal in energy to about 100 million atomic bombs!

However, this sunspot is unlikely to send any solar wind particles our way.

Another interesting feature of sunspot AR2765 is that a couple of days after its arrival it developed a tail! This tail was reported by solar observers around the world. Spaceweather.com states that: “The tail of AR2765 stretches almost 70,000 km (44,000 miles) from end-to-end, and it is not entirely stable. Images from multiple astronomers show it changing shape and direction. If the tail twists enough to reconnect with itself — bang! — an explosion could occur.”

I have been observing Sunspot AR2765 since June 6 and I witnessed it grow with a “tail” developing and vanishing before my eyes.

A word of caution; I have observed this sunspot with various telescopes and all were safely filtered. The only way to see the filament tail of this sunspot is by using a hydrogen alpha telescope, very expensive and probably not for beginners.

The best way to observe the sunspot itself is by using an over-the-aperture solar filter, or by using a solar safety wedge, a combination of a solar continuum filter and neutral density filters. It also directs most of the sunlight away from the observer.

The safest way to observe the sun is by visiting the website spaceweather.com, where daily views of the sun are posted along with information about solar activity.