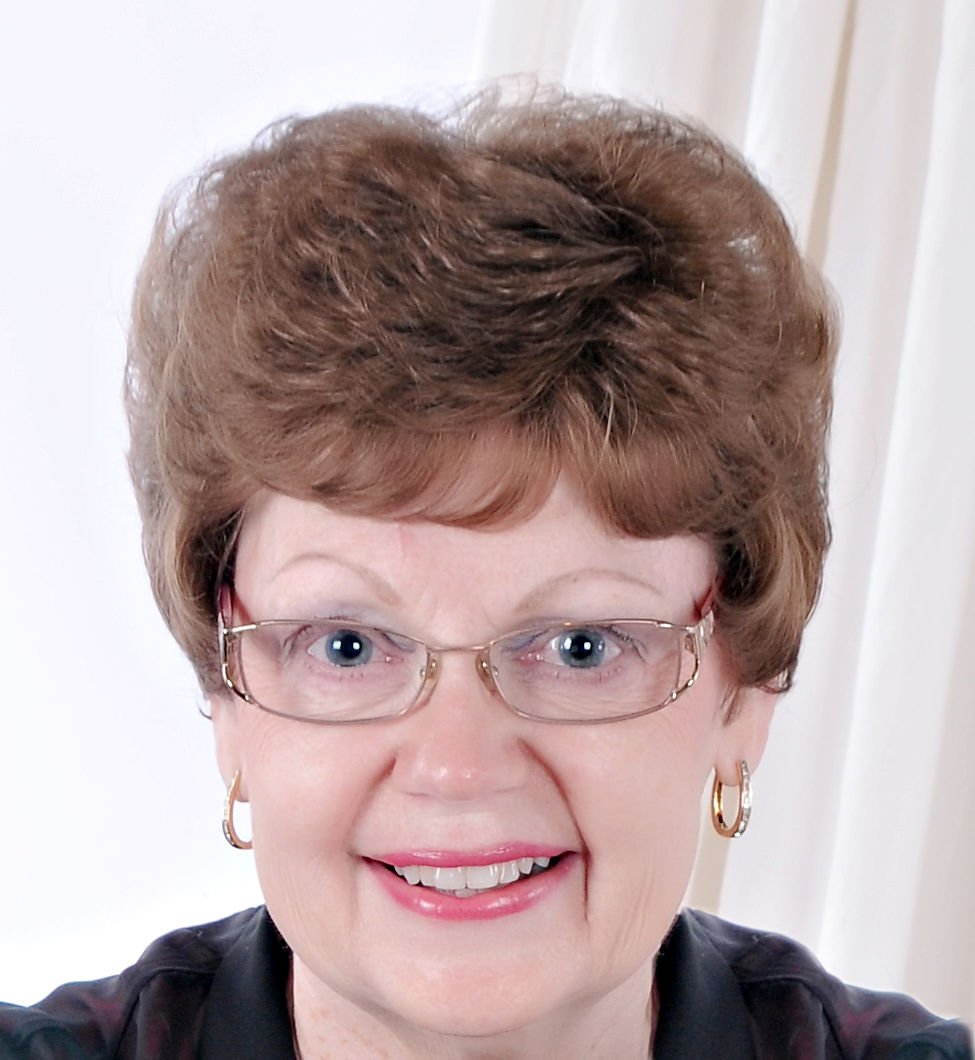 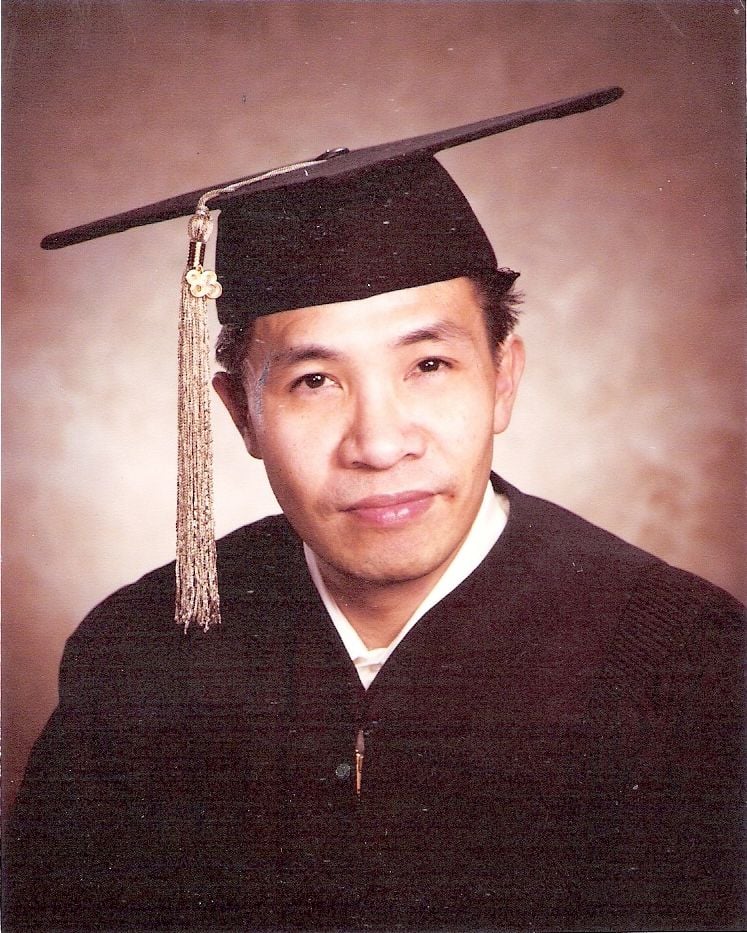 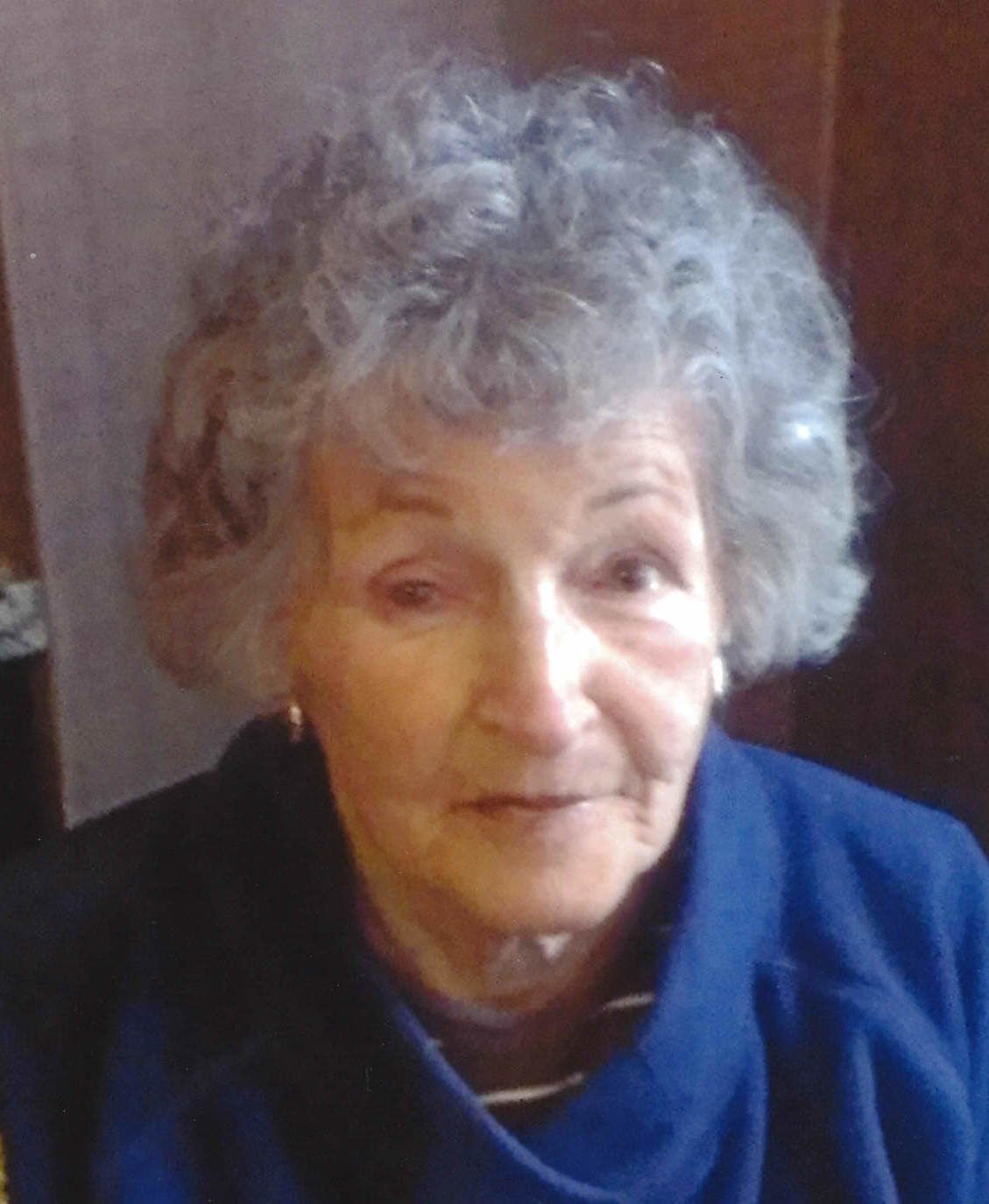 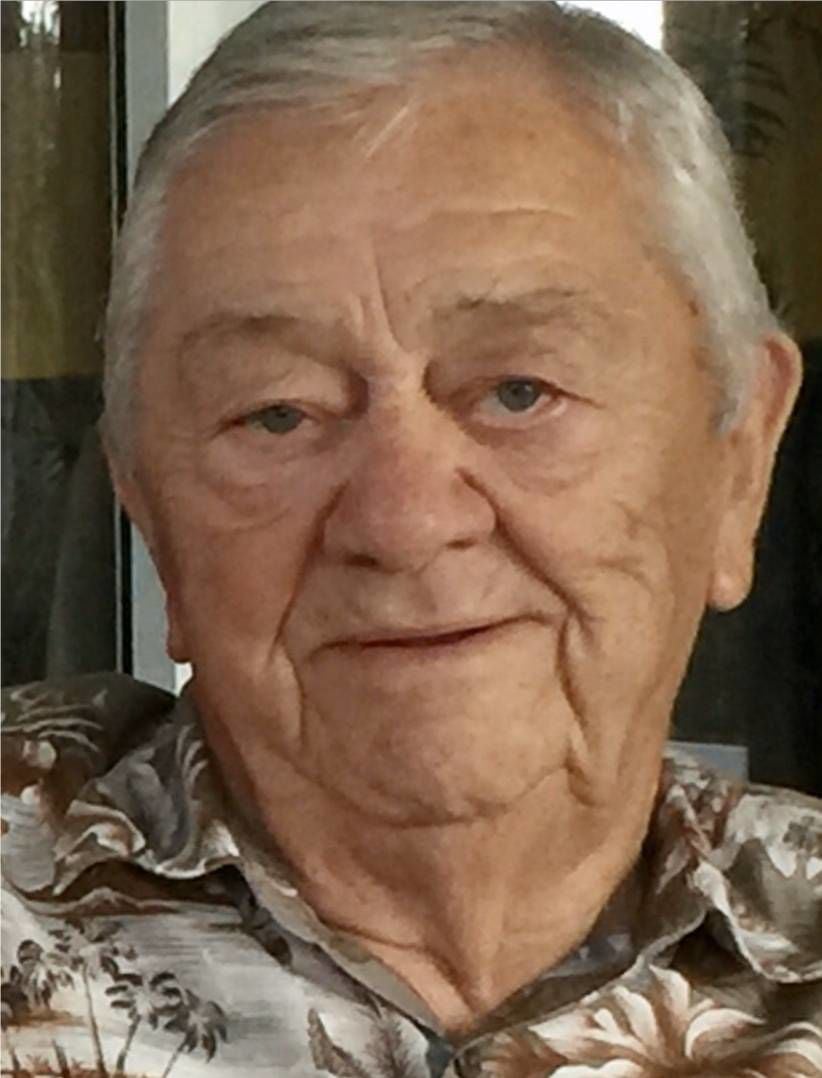 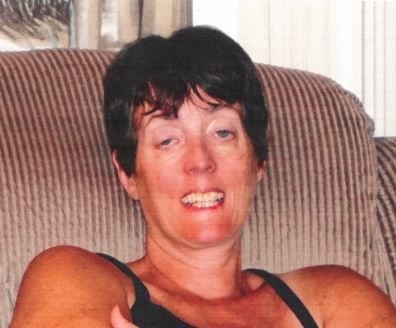 Jack served with the US Navy, was owner of a home construction company in Maryland, volunteered for the Anne Arundel County Police Auxiliary, was a member of the Lions Club and Centennial Masonic Lodge #174 in Upper Marlboro, Md. He loved flying his plane, boating, playing cards and being with his family and friends. Until his retirement, he was an inspector for a private construction company in Florida.

A service for family and friends will be held in Maryland at a later date.

Contributions may be made to Tidewell Hospice, Inc., 5595 Rand Blvd., Sarasota, Fla. 34238 in memory of John Herr. Englewood Community Funeral Home with Private Crematory has been selected to handle arrangements. You may share a memory with the family at www.englewoodfh.com.

Mr. Angeles was born March 18, 1942, in Manila, Philippines, to the late Marcelo Angeles Sr. and Francisca Palis, originally of Sta. Rosa and Los Banos, Laguna, Philippines. He is an agriculture graduate from the University of the Philippines, College of Agriculture, in Los Banos, and Roosevelt University in Chicago, with a bachelor’s degree in business administration, majoring in accounting. He was then employed as an accountant for 10 years, before being promoted to auditor for 13 years for Peoples Gas & Light Co. in Chicago. He retired on April 1, 2004. His wife died 27 years ago.

He was a devoted member of St. Charles Borromeo Catholic in Port Charlotte and a member of the regular choir and funeral choir at the church. Art started in Illinois with the pilgrimage of bringing around the statues of Our Lady of Fatima, Lord Black Nazarene and Infant Jesus for the past 15 years. He then moved to Port Charlotte in 2011 and had been bringing around to homes of family parishioners willing to accept the three statues for one month and pray the Novena accompanying the three statues.

This pilgrimage will continue as long as there are parishioners willing to accept into their beloved homes the three statues.

Visitation will be from 2-4 p.m. — with a scripture service at 3 p.m. — (Wednesday) Feb. 5, 2020, at Roberson Funeral Home, Port Charlotte Chapel. The Mass of Christian Burial will be held at 11 a.m. (Thursday) Feb. 6 at St. Charles Borromeo Catholic Church, 21505 Augusta Ave., Port Charlotte. Private interment will be held later at St. Charles Memorial Garden. Friends may visit online at www.robersonfh.com to extend condolences to the family.

Born in Detroit, Ms. Mayer was the daughter of the late Anthony and Mary Ann (Jackman) Dudziak.

Dorothy was a retired nurse and a member of the Women of the Moose and The Red Hat Society and will be remembered for her love of dancing.

There will be a remembrance ceremony and Celebration of Life at the Port Charlotte Moose Lodge, 3462 Loveland Blvd. Port Charlotte, beginning at 12 p.m. Feb. 4, 2020.

Donations may be made directly to Moose charities at mooseintl.org, or sent to Women of the Moose, Chapter 1619, PO Box 495475, Port Charlotte, Fla. 33980. Be sure to earmark In Memory of Dorothy Mayer.

Ms. McNeil was born March 24, 1924, in Boston to Martin and Bridget (Doherty) Gately. She served with the US Navy Waves in World War II. She was married to William A. McNeil at NAS Pensacola, Fla., on Aug. 21, 1945. They moved to Springfield, Ohio, when they were discharged from the Navy. They had four children before moving to Mt. Vernon, Ohio, in 1983. In 1986, after William retired, they moved to Port Charlotte, Fla.

Kay served in the Dolphins Unit #56 of North Port, Fla., the Knights of Columbus Auxiliary, the Ladies Auxiliary of St. Maximilian Kalbe Catholic Church, the Irish American Club of Port Charlotte and she was a volunteer for many years. She was also an avid bowler and card-player.

In addition to her parents, she was preceded in death by her husband, William, in 1999; two brothers, Thomas and Joseph Gately; and a sister, Mary Gately.

A memorial service will be held at noon (Saturday) Feb. 1, 2020, at the Conroy Funeral Home, Springfield, Ohio. Visitation will be held one hour prior, starting at 11 a.m., at the funeral home. A Requiem Mass will be held at St. Maximilian Catholic Church in Port Charlotte at a later date. Burial will be held at the Bushnell National Cemetery, Bushnell, Fla.

Lisa Marie (Bourke) Millett, 56, of Port Charlotte, Fla., formerly of Reading, Mass., died Jan. 21, 2020, at Fawcett Memorial Hospital in Port Charlotte. By her side was her husband of 27 years, Robert (Bob) G. Millett, and her sister, Suzanne (Bourke) Hayes.

Ms. Millett was born April 18, 1963, daughter of Anna (Comeau) Bourke and the late William Bourke of Reading. She was a graduate of Reading High School and Bentley College, Waltham, Mass. Lisa put her degree to good use by managing the accounts for a Massachusetts company.

When she and Bob had the opportunity to spend two years in Finland, always the adventurer, Lisa encouraged him to take it. While living in Finland, they enjoyed exploring other countries and cultures in Scandinavia and Europe. Upon their return, they settled in Seabrook, N.H., where she was in charge of finances for a Portsmouth, N.H, firm.

Lisa took her health seriously and was a regular at her gym. She was determined to be in the best shape possible. She was active and loved boating, both at their New Hampshire cottage and their Florida home. She also enjoyed camping in their RV, whether it was traveling to see auto races or traveling to see our beautiful country. Another passion of Lisa’s was animals, all types of animals, whether it was giving a home to yet another stray cat or making donations to animal care associations. She was a frequent visitor to Manatee Park in Fort Myers and Peace River Wildlife Center in Punta Gorda. She had the privilege of swimming with dolphins in St. Thomas, Virgin Islands, and talking to parrots in the Cayman Islands.

Her New England roots were in full view anytime the New England teams were playing. She was an avid Patriots and Red Sox fan.

She is predeceased by her son, James M. Millett of Hampstead; her brother, Timothy Burke of Port Charlotte; and her sisters, Catherine (Bourke) Cann of Lynnfield, Mass., and Diane (Bourke) Buckley of Reading.

Christine was born June 17, 1947, to the late Raymond and Helen Schwartz in Schenectady, N.Y. She was a retired licensed practical nurse and worked for many years on the brain-injury unit at Sunnyview Hospital. She moved to Florida with her family nearly 20 years ago.

In lieu of flowers, memorial contributions may be made to: www.pgigreenthumbs.org, or www.peaceriverbaptistfl.org. Friends may visit www.robersonfh.com to extend condolences to the family.

Born in Cranford, N.J., on April 15, 1931, Bob was the son of Robert E. and Margret H. Thompson. He attended Seton Hall University in South Orange, N.J., graduating in 1953 with a bachelor of science degree in marketing/advertising and a commission as a second lieutenant with the US Army.

Bob and his wife, the former Betty Jean Smallacomb of Hillside, N.J., served two years at Fort Dix, N.J., as a military police officer and platoon leader. Bob transferred to the US Air Force to follow his lifelong dream of being a pilot. After attending an advanced academic instructor school for four months at Maxwell AFB, Ala., where his son, Scott Curtis, was born, Bob went to Mission, Texas, to begin primary pilot training for six months in March 1956, and then to Laredo, Texas, for advanced training in jets, graduating in April 1957 as a pilot in the USAF. Bob had finally achieved his lifelong quest in aviation.

He later returned to New Jersey and joined the New Jersey Air National Guard (NJANG) at McGuire AFB. He fathered three more sons; Jeffrey in 1957, David in 1959 and Donald in 1960. In September 1961, he and the NJANG were activated by President John F. Kennedy’s response to the Russian threat in Berlin, Germany. In October 1961, Bob and his unit flew their F-84F single-engine, single-seat jet fighters across the Atlantic Ocean from Newfoundland to the Azores to Spain and on to France, where they spent the next nine months in support of NATO until Russia opened access to Berlin.

Bob returned to National Guard status in September 1962 and was employed by Mohawk Airlines in 1964 as a first officer. Bob retired from the NJANG as a major in 1973 after 20 years of military service. Mohawk Airlines later merged with Allegheny Airlines in 1971 and later became US Air. Bob retired from US Air as a senior captain in 1991, moved to Punta Gorda with his now current wife, Patricia, where he joined the Florida Civil Air Patrol at the Charlotte County Airport for six-seven years, serving as squadron commander for five years, retiring from all flying in 2001.

Bob was predeceased by his mother in 1970, his father in 1971, his son, Scott Curtis, in 1982, and his sister in 2000. He is survived by three sons, Jeffrey, David and Donald; six grandchildren and eight great-grandchildren.

Major Thompson’s passion for aviation never died. While living in Punta Gorda, he and Pat owned a 32-foot Carver power cruiser that they took up and down the west coast of Florida, enjoying the boat immensely. He and Pat also enjoyed taking 7-10-14 day cruises, having done over 28 cruises to the Caribbean and Alaska. Their last cruise was in 2011 as Bob’s health precluded him doing any more.

He is to be cremated and no funeral is planned.