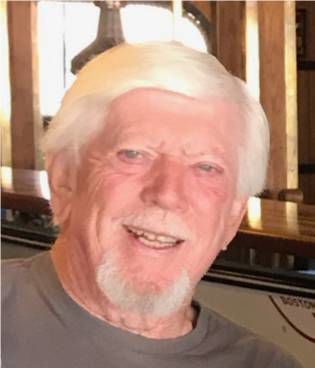 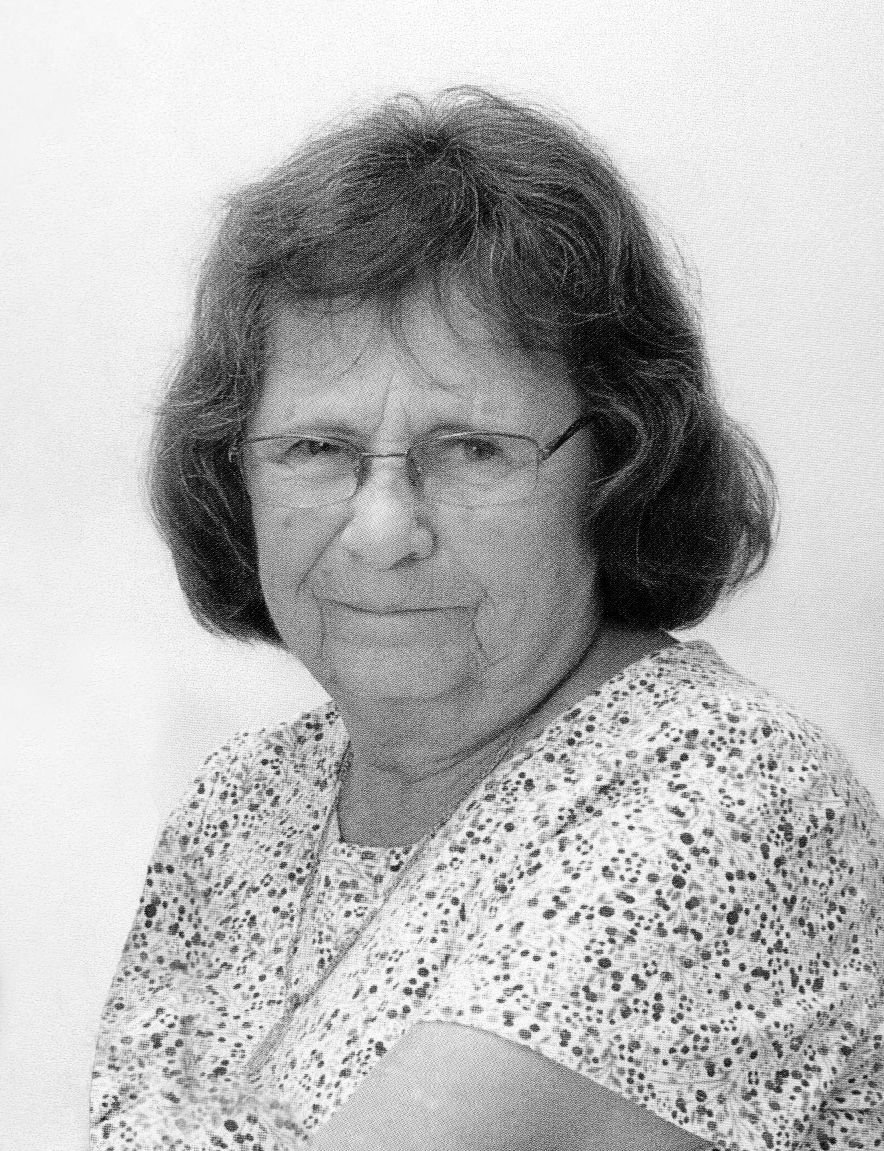 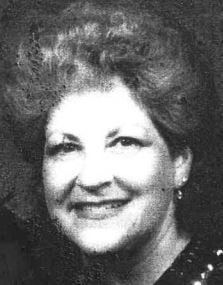 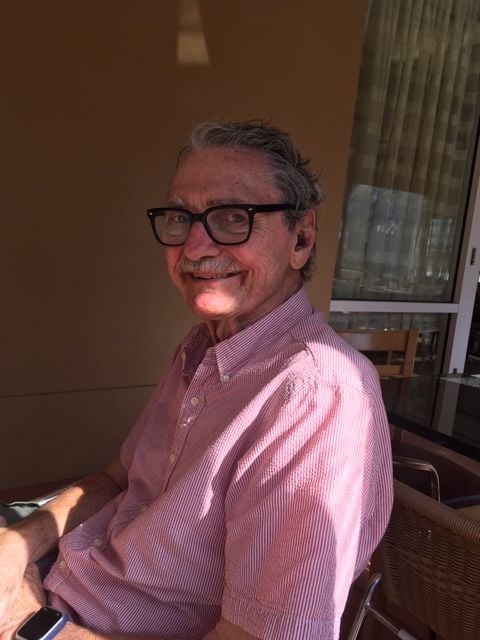 Richard Muldrow Smith passed peacefully holding the hand of his beloved wife, Molly, at their home in Englewood, Fla., in the pre-dawn hours of Jan. 10, 2020.

Born Sept. 2, 1939, Mr. Smith was the son of Mary Muldrow Smith and Elmer Clyde Smith, and the brother of James Douglas Smith. He graduated with a law degree from the University of Arkansas in 1963, with high honors, first in his class. Richard’s law career encompassed a tenure as professor at UNC-CH School of Law, partnership in Mayer, Brown & Platt and appointment as first director of the Office of Energy Policy by James Schlesinger during the Carter Administration.

Ever an adventurer, Richard left the practice of law to become partner and CEO of Little Creek Marina on Chesapeake Bay. In the years following sale of the marina, Richard and Molly shared their time between Asheville, N.C., and Florida’s Gulf Coast. They loved the casual and eclectic Asheville lifestyle and enjoyed attending the Brevard Music Center’s renowned summer festival concerts.

Richard’s life was distinguished by an insatiable curiosity, his love of a new project and his quiet and gentle spirit. He was a world traveler, photographer, scuba diver and climbed Denali at age 50! An artist, Richard designed and built fine furniture and loved classical music and cooking for close friends.

Richard is so missed by his wife Molly and sons, Steven Muldrow of Arlington, Va., and Michael Chesley and wife Meghan of Beijing, China; and two grandchildren, Alex and Sophie. He was formerly married to Sara Webb Smith.

Molly wishes to thank Richard’s caregivers, Teresa, Charlene, Tiara and Annmarie, for their gentle care and loving support. Thanks also to Howard’s Restaurant owners and staff for their many acts of kindness through Richard’s illness.

Remembrance gatherings in Englewood and Asheville will follow cremation, to be scheduled after a quiet period of rest and grieving. Memorials may be sent to Tidewell Hospice of Sarasota County, Southern Poverty Law Center or Brevard Music Center.

Born on April 3, 1931, in Paxinos, Pa., to the late John and Goldie Peifer Long, Mr. Long had served with the US Army. A resident of Charlotte County for 20 years after coming from Lewisburg, Pa., he was a member of Hope Lutheran Church.

Marlin loved the Florida life, hunting and fishing. He loved his RV and the time he spent traveling around staying in touch with his family. He was a member of the American Legion and the VFW.

He is pre-deceased by his son, David Long, and five brothers. Survivors include his loving wife of 50 years, Dr. Margaret Jack Long; three sons, Richard (Patty) Long of Kailua, Hawaii; Marlin and Steven Stock, both of Pennsylvania; four grandchildren and five great-grandchild.

Englewood Community Funeral Home has been selected to handle arrangements. You may share a memory with the family at www.englewoodfh.com.

Born on June 7, 1946, at Honey Grove, Pa., Ms. Mae was the daughter of the late Rex Woodward and Ethel Click Woodward. She graduated in 1965 from Tuscarora Valley High School, Port Royal, Pa. She worked for the Commonwealth of Pennsylvania for 44 years, retiring to Florida in 2000.

Mae is survived by her family in Pennsylvania, her brother, Robert (Ethel) Berry of Honey Grove, Pa.; her sisters, Mary (Weldon) Romig of Mifflintown, Pa., Lois (Rodney) Bates of Manheim, Pa., and Ruth (Charles) Erb of Beavertown, Pa.; a stepdaughter, Kara Fullerton of Herndon, Pa., and several nieces and nephews.

Special thanks to SWF Funeral and Cremation Services for preparing our loved one for her final journey home. Interment will be at the discretion of her family. Donations in her memory may be made to any VFW, of which she volunteered much of her time.

“We are each of us angels with only one wing, and we can only fly by embracing one another.”

Jane Shively, 83, passed away peacefully in her Punta Gorda home surrounded by family on Jan. 19, 2020.

Ms. Shively was born on March 15, 1936, at Methodist Hospital in Indianapolis to parents David and Zella (Bowen) Kiger. Jane grew up in Greenfield, Ind., and attended Greenfield High School, graduating in 1954. After graduation, she worked at Eli Lilly Pharmaceutical Co. in Indianapolis as an IBM operator.

In 1958, Jane married Ted Shively of Indianapolis, whom she had met on a blind date. They happily celebrated their 60th wedding anniversary in March 2018. They had two children, Beth and Scot.

As well as being a homemaker, Jane was also a volunteer for the hospital guild at Hancock County Memorial Hospital in Greenfield for 19 years. During her life she liked oil painting, knitting, collecting fossils and seeds, travel, playing and watching tennis.

In 1989, Jane and Ted retired and moved to Palmetto, Fla. In 1995, they began volunteering for Manatee County’s Habitat for Humanity. Jane helped to build 45 houses. In 2011, Jane and Ted moved to Punta Gorda to be closer to family members. Jane loved all animals but had a special place in her heart for cats. During her lifetime Jane had 40 cats. She loved to feed the squirrels and birds that visited her yard every day.

She loved living in sunny, warm Florida. She passed away on her favorite kind of day—sunny and 80 degrees. Jane was a loving wife, mother, mother-in-law and grandmother. She will be greatly missed by her family and friends.

Jane was preceded in death by her daughter, Beth (2016), and her husband, Ted (2019). She is survived by her son, Scot Shively; daughter-in-law, Jill Shively; and granddaughter, Anne Shively, all of Punta Gorda; and a grandson, Joseph Shively, a cadet at the US Navy Officer Candidate School in Rhode Island.

Her remains will be interred at Mansion Memorial Park Cemetery in Ellenton, Fla., next to her husband and mother.

Please visit kays-ponger.com to leave the family your thoughts, memories and condolences in the online guestbook.