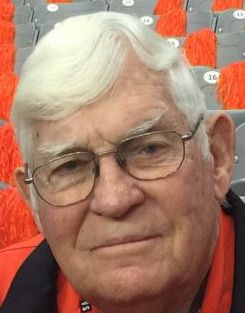 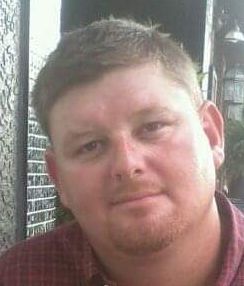 Jeremiah “Jerry” H. Scott, 92, went to be with his Lord on May 20, 2019, in Sarasota, Fla., surrounded by his loving family. He was born on May 29, 1926, in Mulberry, Fla. He moved to Arcadia when he was seven years old and was raised at Florida Baptist Children’s Homes, a place he held dear.

Jerry, or “Mr. Scott,” as everyone knew him, was a Godly man who loved the Lord and adored his family, especially his loving wife of 71 years, Gerry. He was extremely proud of his children, grandchildren and great-grandchildren. He was a member of First Baptist Church of Arcadia for over 85 years. He loved gospel music and singing in the church choir and was a member of the Peace River Valley Quartet.

Mr. Scott loved nothing more than being on the sideline of Clemson University football as he cheered on his son and grandson. He also enjoyed fishing and turkey hunting with his children and grandchildren. After high school, he joined the U.S. Navy and gave service to our great nation. He retired from the U.S. Postal Service with over 40 years of service. Mr. Scott was a fixture in the Arcadia community. He loved his Lord and never missed an opportunity to witness to others, even till the very end. Mr. Scott was loved by all who knew him, as he always had a silly song in his heart and a shuffle in his step. And he was always glad you “got to see him.” He was, simply, in his playful, joyful and endearing words, “The Best.”

A visitation of family and friends will be held 10-11 a.m. (Friday) May 24, 2019, at the First Baptist Church of Arcadia, 1006 N Brevard Ave., Arcadia. Funeral services follow the gathering at 11 a.m. at the church, with Mr. Doyle E. Carlton III officiating. Burial will be at Joshua Creek Cemetery, Arcadia.

Online condolences can be made at pongerkaysgrady.com. Donations would be appreciated in his honor to Florida Baptist Children’s Homes, www.fbchomes.org. Ponger-Kays-Grady Funeral & Cremation Services have been entrusted with the arrangements.

George enjoyed hunting, fishing, restoring his old ‘thirty-fiver,’ driving his race car No. 18, as well as spending time with his beloved children and grandchildren. He was a loving father and grandfather.

George was preceded in death by his parents; his brother, Robert L. Shaver; and his sister, Frances Williams.

Online condolences may be made at www.pongerkaysgrady.com. Arrangements have been entrusted to Ponger-Kays-Grady Funeral Homes & Cremation Services, Arcadia.

Johnny “J.T.” Bailey passed peacefully on May 2, 2019, in Arcadia, Fla. J.T. was a lifetime Arcadia resident and had served in Vietnam with the U.S. Army. J.T. was a lifetime member of Amvets Post 60 in Arcadia. Funeral services will be 10 a.m. (Friday) May 24, 2019, at Sarasota National Cemetery, Sarasota, Fla. The United States Army provides honors for Mr. Bailey. Interment follows at the cemetery.

Joshua Daniel Hendrickson, 42, passed away on May 10, 2019, in West Palm Beach, Fla., surrounded by his loving family. Mr. Hendrickson was born on Dec. 4, 1976, in Port Charlotte, Fla., to Rodney G. Hendrickson and Yvette J. Singletary. Joshua was of the Christian faith. God has called home another angel.

Memorial service and a Celebration of Life follows, beginning at 11:30 a.m. at the church, with pastors Rick McDonald and Bill Frank officiating. At the conclusion of services, family invites you remain at the church and join them at the Fellowship Hall for food and refreshments. A covered dish is welcomed.

In lieu of flowers, the family requests donations in Joshua’s name be made to the Lupus Foundation of America, www.lupus.org.

Online condolences can be made at pongerkaysgrady.com. Ponger-Kays-Grady Funeral & Cremation Services have been entrusted with the arrangements.