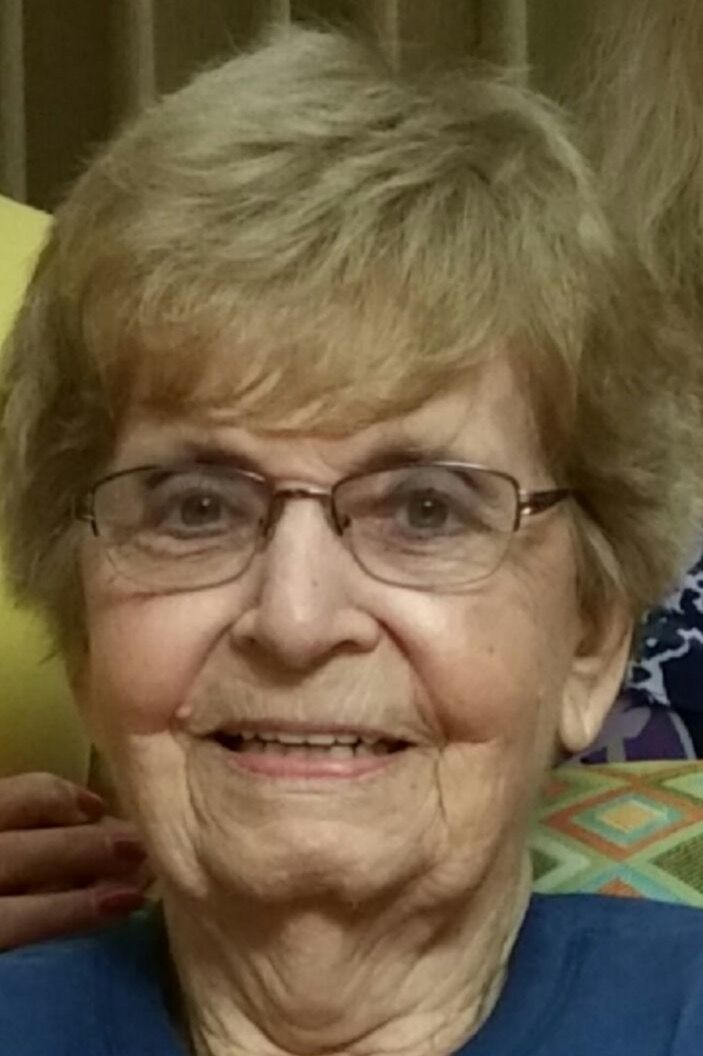 While attending the University of Montana, Lois met Ralph “Doc” Blanchard. They married on Dec. 21, 1947. She was a member of the Sigma Kappa sorority and graduated with a bachelor’s degree in physical education. Although she never became a teacher, she had a successful career as a budget analyst with the Housing and Urban Development for the federal government. After moving to Punta Gorda, Florida, she became a successful real estate agent prior to retirement.

Lois had many interests. She traveled worldwide, sang with a barbershop music group and church choir, enjoyed the theater, loved exercise and staying healthy. But most of all she loved her family.

She was a long-standing member of Faith Lutheran Church in Punta Gorda, and served as both an elder and choir director for many years. After moving to Richland, Washington, to be with family, she was a member of Richland Lutheran Church.

Eleanor had a deep appreciation for her family and friends. Her kind heart and sense of humor will long be remembered.

Above all, her greatest love was for her daughters and her grandchildren. She always enjoyed her family vacations. She relished living in Florida, which included shopping excursions, dining out and enjoying nature.

When younger, she enjoyed going out for dinner at the Elks Club and dancing the night away.

She had a soft spot for all dogs, especially Renegade and Nala, who could always put a smile on her face.

She never said, “No” to ice cream, and always said, “Yes” to Wawa Coffee.

She is survived by her loving family: daughters, Debbie Carlin-Kennedy of Philadelphia, Pennsylvania, and Donna Schiller of Punta Gorda, Florida; and her grandchildren, Daniel Schiller of Port Charlotte, Florida, and Lindsey Schiller of Tampa, Florida.

Eleanor was preceded in death by her brothers, Bill and Joe; and sisters, Grace and Margie.

A memorial service will be held at a later date. A donation in her memory may be made to: Animal Welfare League of Charlotte County, 3519 Drance St., Port Charlotte, FL 33980.

She was born August 19, 1922, in Windsor, Illinois, to Bruce and Ora (Stivers) Garvin. She received her AB degree from McMurray College for Women and her MBA from Michigan State University.

Eleanor served in the U.S. Air Force and retired as a Colonel in 1983. She and her husband, Earl, moved to Punta Gorda where they had built a home. There she served as Membership Governor of the Civic Association, as a member of the Charlotte County Long Range Planning Committee; as president of the Islettes of the Isles Yacht Club; as president of the 18-hole LPGA of St Andrews, and in many positions at the First United Methodist Church. She was a lifetime member of the Order of the Eastern Star and the DAR.

Eleanor is survived by her stepson, Robert Hurlbett (Sara); her cousin, Garvin Grider (Judy); her nephew, Bruce Garvin (CA); and her great-nephew, Matt Garvin DVM (CA). She was preceded in death by her husband, Earl; her son, Bob; her sister, Mary Ann Coleman; and her brother, Dr. John S. Garvin.

A memorial service at the Punta Gorda First United Methodist Church is planned for a later date due to the coronavirus.

After marriage the family lived in several Connecticut towns before settling in Old Saybrook to raise their eight children. She held several jobs throughout the years, but her main one was being a mother and homemaker.

She moved to Florida in 1985 where she met life-long friends at the Elks Club, the Moose Club and the V.F.W.

A celebration of her life will be held at a later date when we can gather safely.

He was a great loving son and brother who had many family and friends he left behind. He enjoyed fishing, boating and hunting.

Melissa Marie Carpenter, of North Port, Florida, passed away on July 17, 2020, surrounded by her loving family, after a short battle with cancer.

Born in Jackson, Michigan, on Jan. 23, 1966, to Judith and Kevin Carpenter, Melissa grew up surrounded by those who loved her and enjoyed spending time with her brother, Joe, and sister, Michele. She graduated Jackson High School in 1984.

After moving to Florida, she started her career with Publix. Melissa worked for the Publix store #1287 for 18 years and 11 months. She will be missed dearly by her coworkers who she treasured dearly. Melissa loved life and vacationing on cruises with her family. She also enjoyed going to the casino and seeing her favorite band, “The Greg Billings Band,” perform live.

Melissa is survived by her mother, Judith Carpenter; her father, Kevin Carpenter; sister, Michele Carpenter; and her brother, Joe Carpenter; as well as by many aunts, uncles, cousins and friends.

A Celebration of Life will be held privately in Melissa’s honor. The family asks that in lieu of flowers donations in Melissa’s name be made to your local ASPCA in honor of her love for animals.

Services under the care of Farley Funeral Home-North Port. Online condolences can be made at www.farleyfuneralhome.com.

After graduating from Shawnee High School, Janice worked for nearly 50 years as a medical laboratory technician. Janice enjoyed spending time with her daughter, being outside in nature, going to craft and antique shows, and trying new experiences.

She is survived by her daughter, Christin Leigh King of North Port; brother, Donald (Cathy) Sobosly of Tipp City, Ohio; sister, Annette Hanes of Bryan, Ohio; and five nieces. She was a loving and caring daughter, sister, aunt and mother who is and will always be deeply missed. Her family and friends will always remember her outgoing and welcoming personality, king spirit, compassionate heart, beautiful laugh, and her strength and selflessness.

Contributions may be made in her honor to Tidewell Hospice or St. Jude Children’s Research Hospital.