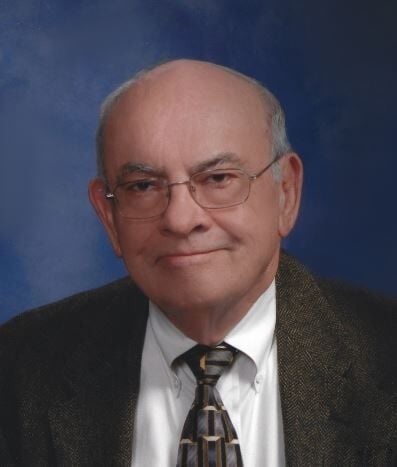 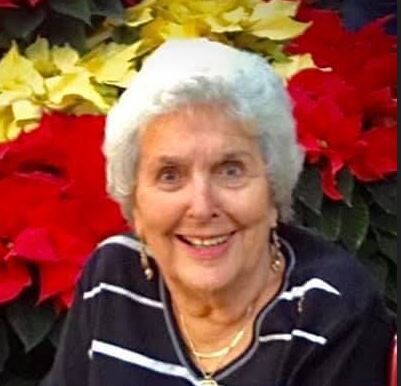 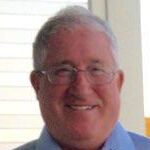 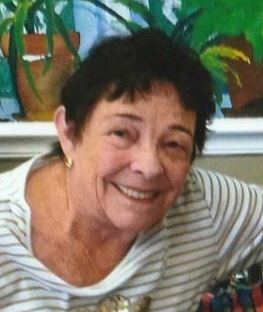 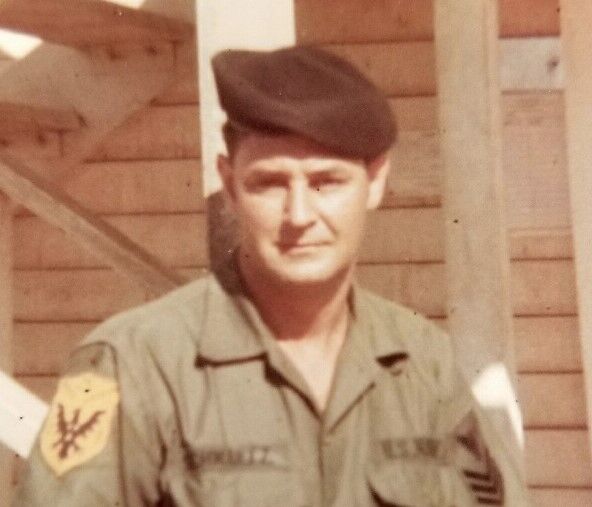 Elizabeth W. Peden, 90, of Punta Gorda, Florida, passed away on Nov. 9, 2020. She was born on July 1, 1930, to George and Alice Watson in Turkey Creek, Florida. Elizabeth was a lifetime resident of Punta Gorda and enjoyed spending time with her family, especially her grandchildren.

A private service will be held in her honor. To express condolences to the family and share in celebrating the life of Elizabeth, please visit www.JohnsonTaylorFuneral.com and sign the online guestbook. Arrangements are by Johnson Taylor Funeral and Cremation.

Colin Phelps, passed away on Nov 6, 2020, due to complications from coronavirus. This awful virus brought an abbreviated end to a most extraordinary life.

Colin ran through the streets of London as a boy. As a teenager, Colin followed his brother to the United States, settling in Long Island, New York. Colin volunteered to serve in the U.S. Navy during the Vietnam War, saving numerous Marine lives on the front lines and receiving a Purple Heart. He chased a beautiful Navy nurse to Spain to convince her to marry him. Pat Bolger changed her mind and did, beginning a 42-year romance. He was Best Man for one son’s wedding and was truly the best man for the other’s. Generally, Colin was the best man. Sunday dinner was never missed, was two full plates, and included Yorkshire Pudding. After Pat’s passing, he chased another beautiful woman, Sue Thibault. Great lives inspire, and there is no greater inspiration than Colin Edwin Phelps. We love you, dad.

Colin is survived by his queen, Sue; his grateful sons, Derek and Paul; his loving daughters in law, Geraldine and Jamie; and his admiring brother, Roy. His spirit lives on in his grandsons, Guy and Oliver.

In lieu of flowers, please pour yourself your drink of choice and dance the night away in the arms, or memory, of someone you love.

William “Bill” Schwartz, 89, of Port Charlotte, Florida, passed away after several months of failing health on Nov. 7, 2020. He was born Aug. 26, 1931, in Bronx, New York. Bill joined the Navy in 1948 and proudly served his country during the Korean and Vietnam wars. Retiring after 30 years of service as Chief Petty Officer stationed in San Diego, California. In 1979, he moved his family to Port Charlotte, Florida. After taking a few years off, in 1985, he established Schwartz Pools Inc. of Port Charlotte of which is still operating today. Bill was an avid fan of the Miami Dolphins.

Memorial donations can be made in Bill’s memory to Animal Welfare League, 3519 Drance St., Port Charlotte, FL 33980. Arrangements are with National Cremation Society of Port Charlotte.

Jerry was a retired mechanical engineer and a U.S. Army veteran. He grew up in Minnesota and excelled on the football, golf and rifle teams. At Purdue University he graduated from the College of Engineering, was president of his fraternity, Kappa Delta Rho, and met the love of his life, Ruth Ruzicka. Jerry and Ruth provided their three daughters with strong educations and inspired a sense of curiosity about the world by taking them on many joyful and interesting family vacations.

Jerry and Ruth retired to Franklin, Tennessee, where they delighted in spending time with their daughter Pam and her family, exploring Civil War battlefields, watching football, and attending the boys’ sporting events. In 2017, Jerry and Ruth moved to Florida to be close to their eldest daughter, Karen and her family. He also loved to travel and enjoyed many trips with Ruth across the country to visit his daughter and daughters-in-law Paula and Candyce. All three daughters were inspired by his loving, humorous spirit and his love of the outdoors.

He is survived by his wife of 61 years, Ruth Irene Swedeen; two daughters, Pamela Swedeen Davee and Paula Helen Swedeen; a brother, James Swedeen; six grandchildren; two great-grandchildren. In addition to his parents, Gerald was preceded in death by his daughter, Karen Ruth Effrem, MD (February 2020); and his sister, Barbara Jean Swedeen (November 2017).

Memorial contributions may be made to his alma mater: Purdue University at giving.purdue.edu

Friends may visit online at www.robersonfh.com to extend condolences to the family.

The oldest of four children, she grew up on a farm with lots of extended family around until she went to nurse training at Martins Ferry Hospital. Bess married Kenneth Freismuth on Nov. 25, 1950, during a blizzard. Ken and Bess had eight children, Michael, Thomas, David, Jeffrey, Lisa, Patrick, Edward and Philip, along with 21 grandchildren and 13 great-grandchildren. They enjoyed square dancing, camping, golfing and traveling. Ken and Bess traveled all over the world, from the Great Wall of China to Morocco and the Panama Canal.

A funeral mass and interment at St. Francis of Assisi Catholic Church in Grove City, Florida, will occur at a later date.

Her previous residences were: Harvey, Illinois; Marietta, Georgia (where her husband was stationed); Dolton, Illinois; and Rotonda West, Florida. During her working years she held positions at Illinois Central Railroad and Illinois Bell Telephone where she retired in 1985. Mary Ellen was active in the Alzheimer’s Association of Port Charlotte, Florida, and the churches she attended over the years: Ascension in Harvey, Illinois; St. Jude in South Holland, Illinois; and St. Francis of Assisi in Grove City, Florida. She was a Communicant of St. Raphael’s Catholic Church in Englewood, Florida. Mary Ellen enjoyed playing cards/dominoes with her friends, doing water aerobics and collecting greeting cards from family and friends. She enjoyed sewing and crafts. She traveled throughout the United States, camping with her family.

She was preceded in death by her husband of 53 years, Anthony Francis Jablonski.

Due to COVID-19, there will be no formal services, however there will be a Celebration of Life held online at 2 p.m. Dec. 12. Her wishes were to be cremated and laid to rest beside her husband Anthony at Gulf Pines Memorial Park.

Mary Ellen’s final thoughts were “What a wonderful life God has given me. I have been truly blessed with a lot of happiness and sorrows that make the good times even better.” You may share a memory with the family at www.englewoodfh.com. Englewood Community Funeral Home, Inc. with Private Crematory has been selected to handle arrangements.

Robert “Bob” Morse, 80, of North Port, Florida, originally from Tewksbury, Massachusetts, and Corolla, North Carolina, passed away on Nov. 10, 2020. Bob was born on March 12, 1940, in Malden, Massachusetts, to his parents, Robert and Gertrude Morse.

Bob worked as a wastewater operator for National Poly Chemicals and Zeneca Resins in Wilmington, Massachusetts, for a total of 35 years.

He was a member of AmVets Post 312 in North Port, Teamsters Local 25 in Boston, and the Oil and Atomic union in Boston. Bob loved fishing, playing pool and darts, and had a passion for listening to music. Bob had a very sharp wit with a great sense of humor.

Kathleen L’Esperance, passed away Oct. 28, 2020, in Port Charlotte, Florida, due to complications from COPD. Kathleen was born Oct. 2, 1956 in Bradley/Kankakee, Illinois, to Kenneth and Norma Berres.

Kathleen was preceded in death by her parents; her husband, Thomas L’Esperance; and her brother, Dennis “Christopher” Berres.

Kathleen is survived by siblings, Kenneth, Barry, Timothy, Michael Berres; and sisters, Karen Guidry, Pennie Hunter and Denise Berres. Kathleen had a big heart, loved her family, and will be greatly missed.

Nancy was a member of Cora Stickney Harper Chapter of DAR of Fort Pierce and an associate member of Peace River Chapter DAR, Arcadia. She has been an avid FSU fan since 1966 when her brother, Jeff, began his studies there.

Nancy is survived by her husband, Bart, whom she married on Christmas Day 1981; two sons, Matthew — with his wife Jessica and daughter Josephine — and Benjamin.

Nancy was preceded in death by her parents, Warren (Bud) and Carol Miller; and her brother, Jeff Miller.

In lieu of flowers, a donation may be made to St. Andrews Episcopal Church, 210 South Indian River Drive, Ft. Pierce, FL 34950 or St. Edmunds Episcopal Church, 327 Hickory St., Arcadia, FL 34266. Due to COVID-19, flowers are not being accepted in church.

A service will be held at 2 p.m. Saturday, Nov. 21, 2020, at St. Andrew’s Episcopal Church, Fort Pierce. Arrangements are under the direction of Haisley Funeral Home, Fort Pierce. An online guest book may be signed at www.haisleyfuneralhome.com.