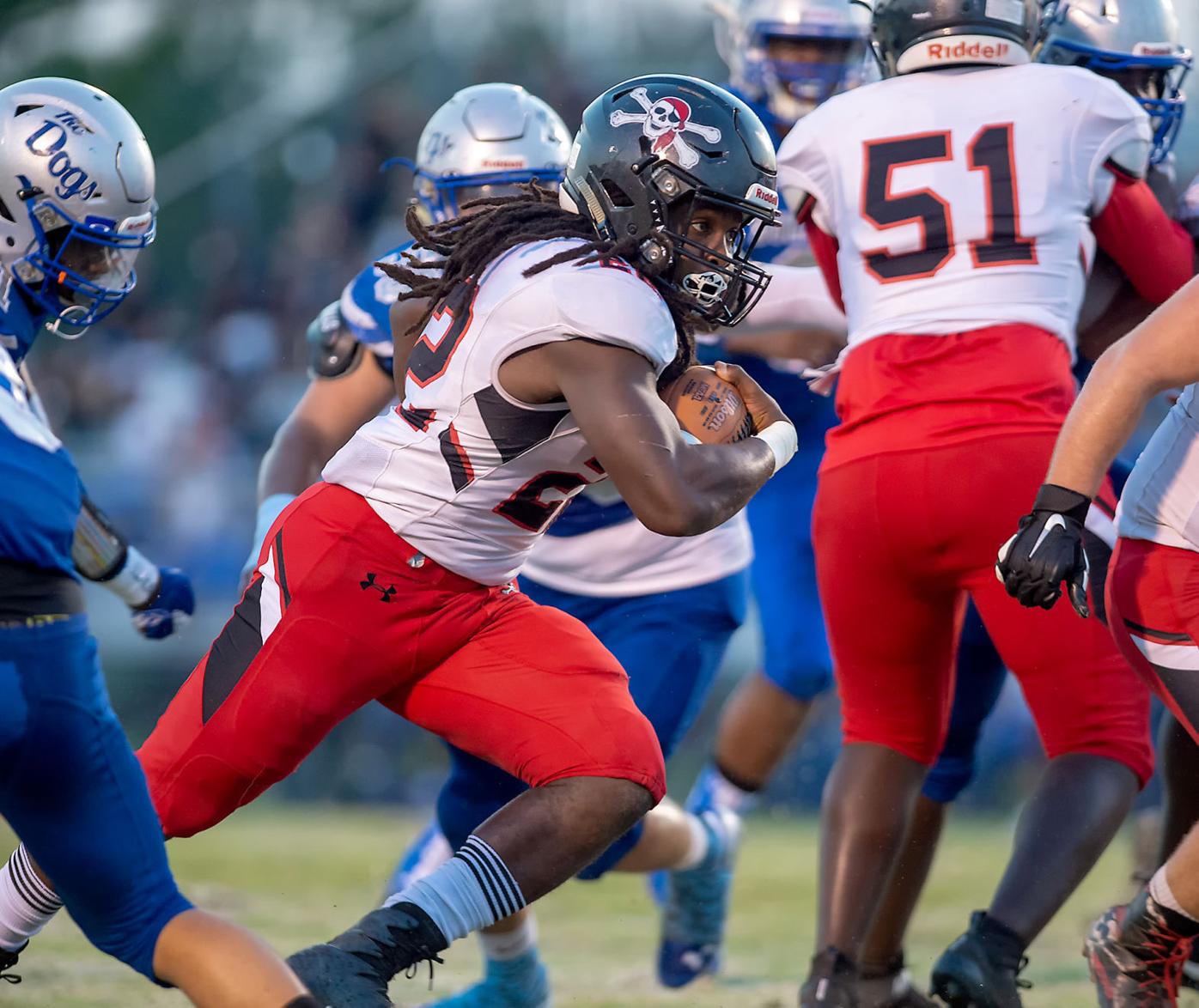 Port Charlotte’s Ja’Nyrein Washington bursts through the line during a game at DeSoto County High School. Washington scored on the play. 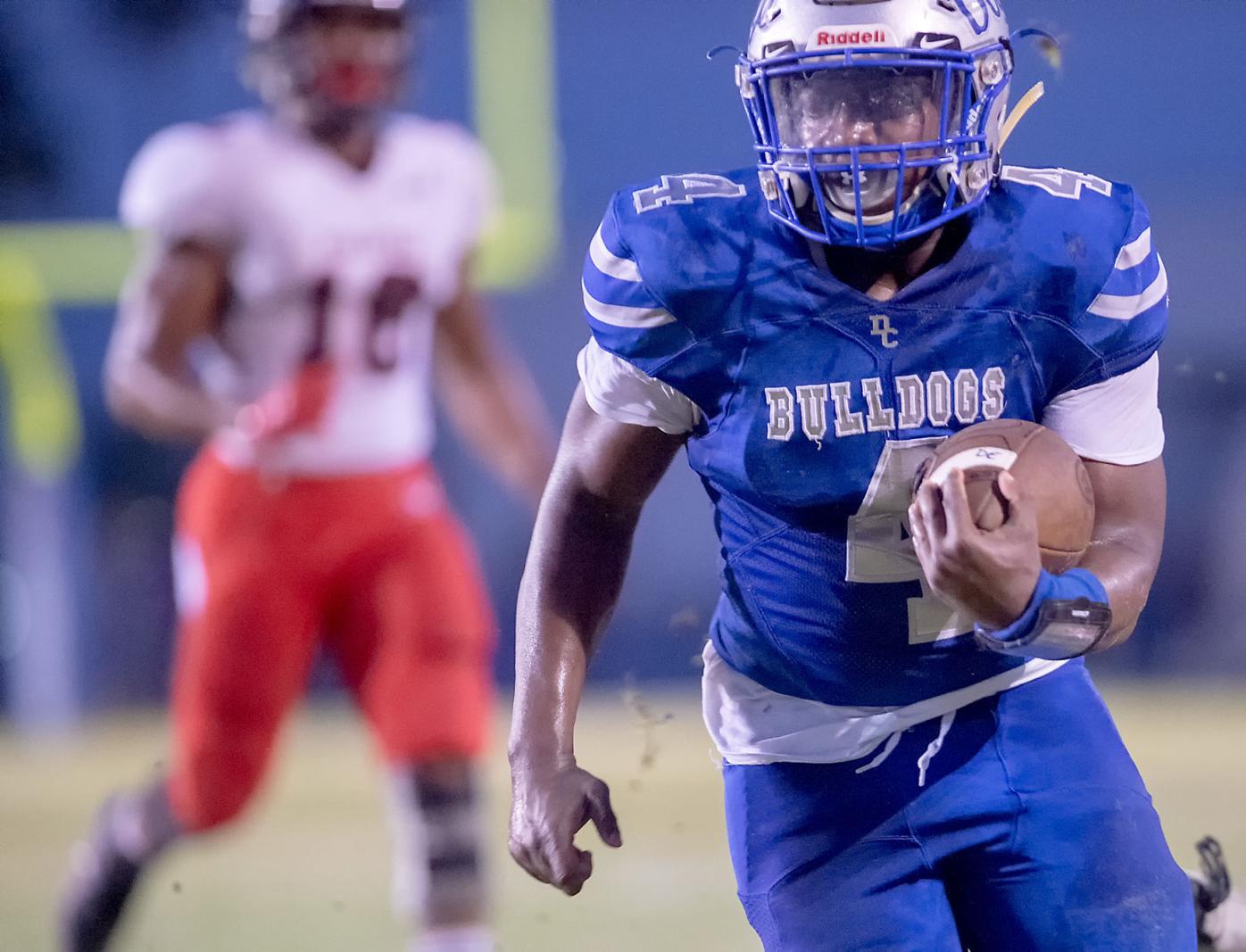 DeSoto County’s Jakeemis Pelham ran the ball, caught the ball and played solid defense for the Bulldogs as a sophomore in 2019. He could be poised for an even bigger role this year. 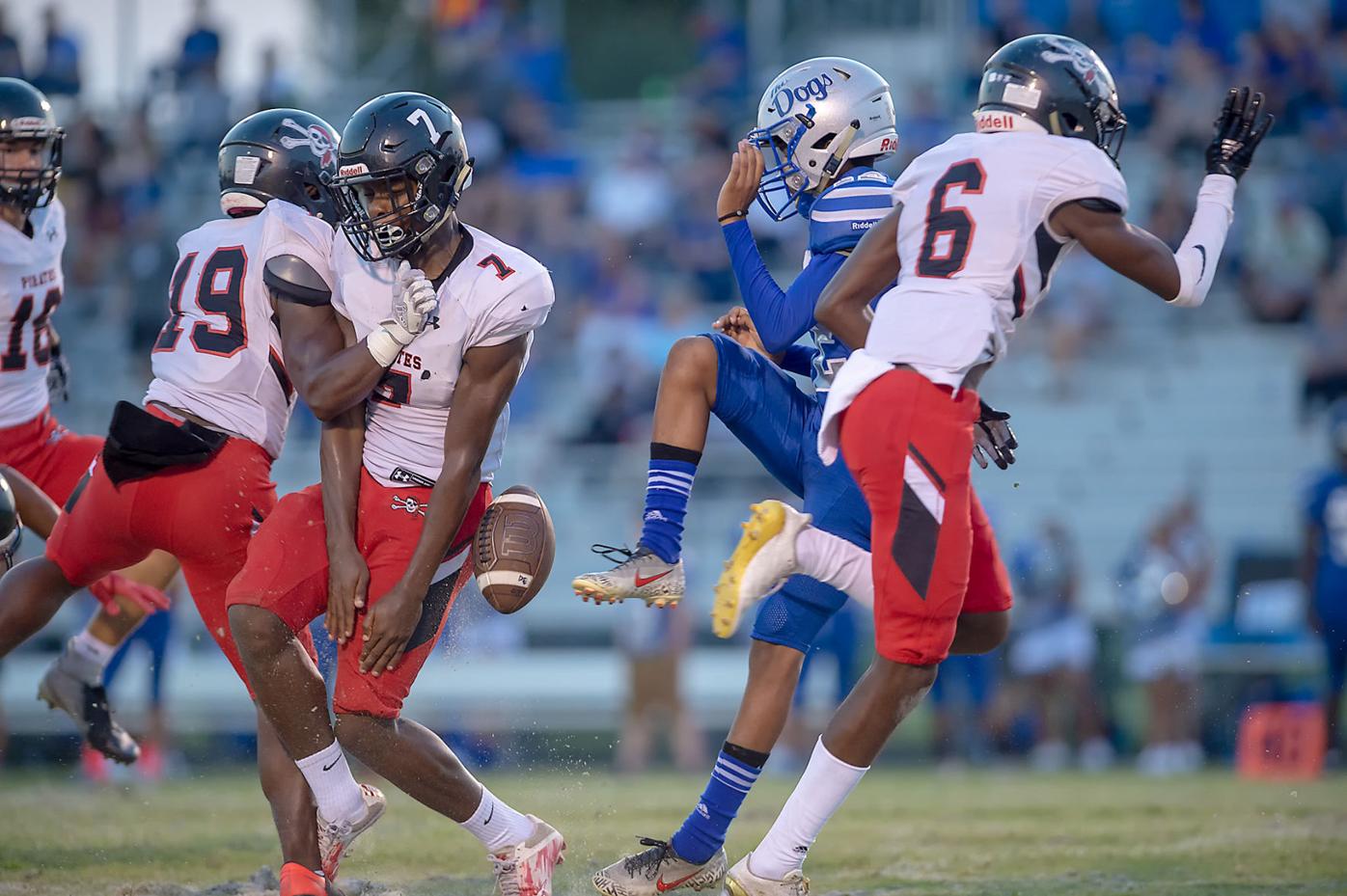 Port Charlotte’s Ja’Nyrein Washington bursts through the line during a game at DeSoto County High School. Washington scored on the play.

DeSoto County’s Jakeemis Pelham ran the ball, caught the ball and played solid defense for the Bulldogs as a sophomore in 2019. He could be poised for an even bigger role this year.

ARCADIA — Port Charlotte says it works on special teams more than any team in the area, and all season that work has paid off.

It did so again Friday during its non-district contest against DeSoto, blocking two punts, one of which resulted in a touchdown as the Pirates overcame a sloppy first half to cruise to a 42-7 victory.

The first blocked punt set up a Logan Rogers touchdown run to give Port Charlotte a 6-0 lead before Desoto took a brief lead late in the first quarter on a Jakeemis Pelham catch and run for a 7-6 lead.

The Pirates recovered with touchdowns by Ja’Nyrein Washington and Jaylen Turner in the second quarter for a 20-7 halftime lead.

Rogers and Turner scored in the third quarter to go along with a safety caused by a bad snap, and Jaytren Butler finished the scoring early in the fourth to force a running clock for the remainder of the game

The Pirates also got some big plays on the ground from Rogers, Washington and Turner as they rushed for close to 300 yards.

What it means: For DeSoto, it’s another week where its inexperience and thin bench came to bite them in the second half.

Port Charlotte remains undefeated , even if they still haven’t played their best ball yet.

What they said: "We flipped the switch. We're capable of much better early. We came out flat and had a lack of focus and attention to detail. That's my fault as a coach. We need to come out better next week." Port Charlotte coach Jordan Ingman.

"We have a limited number of guys and they go both ways. Port Charlotte was smart, they sped up their offense and it worked. We got tired." DeSoto coach Bumper Hay.