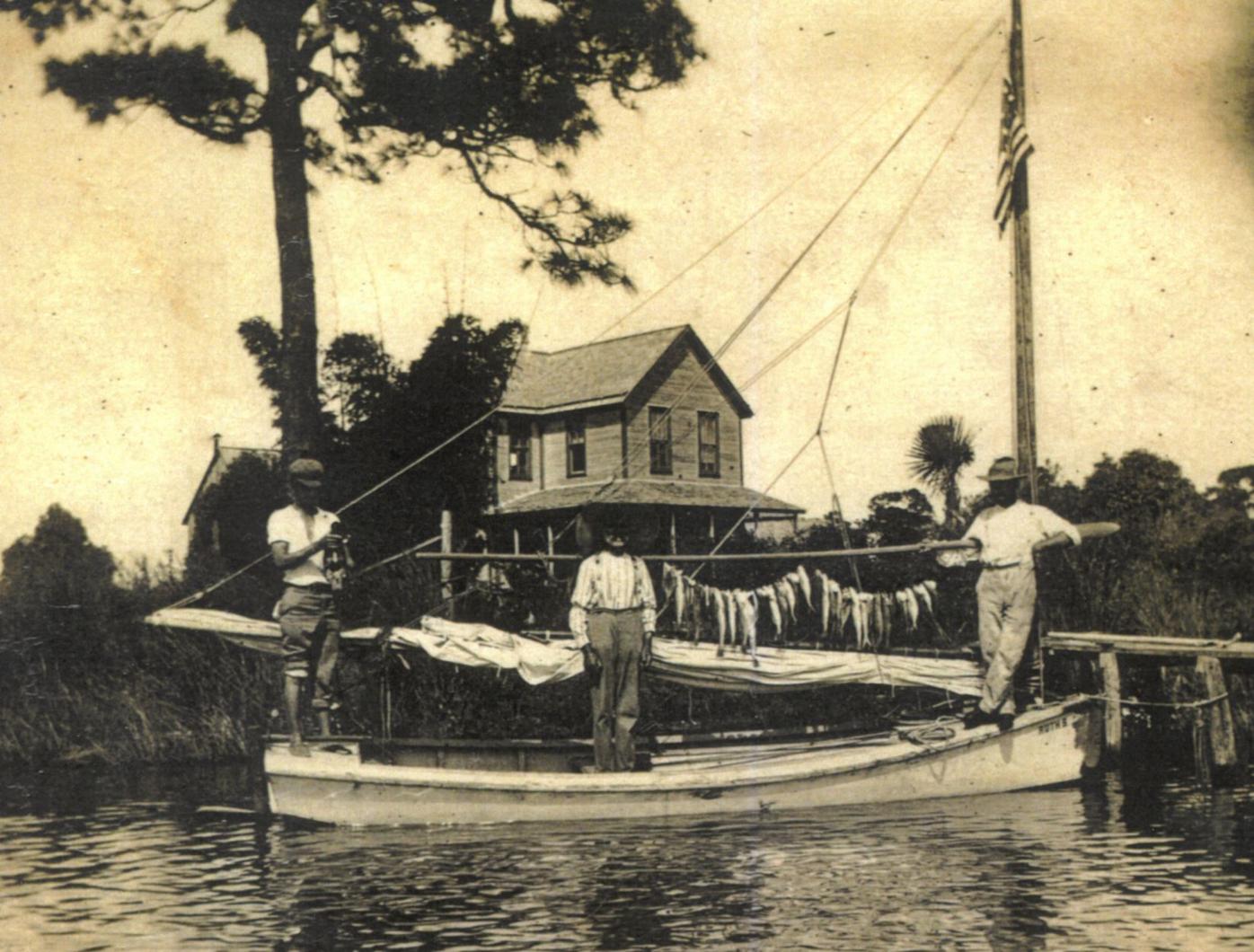 The Gottfried men in a boat moored on Gottfried Creek in front of their homestead. Photo circa 1900. 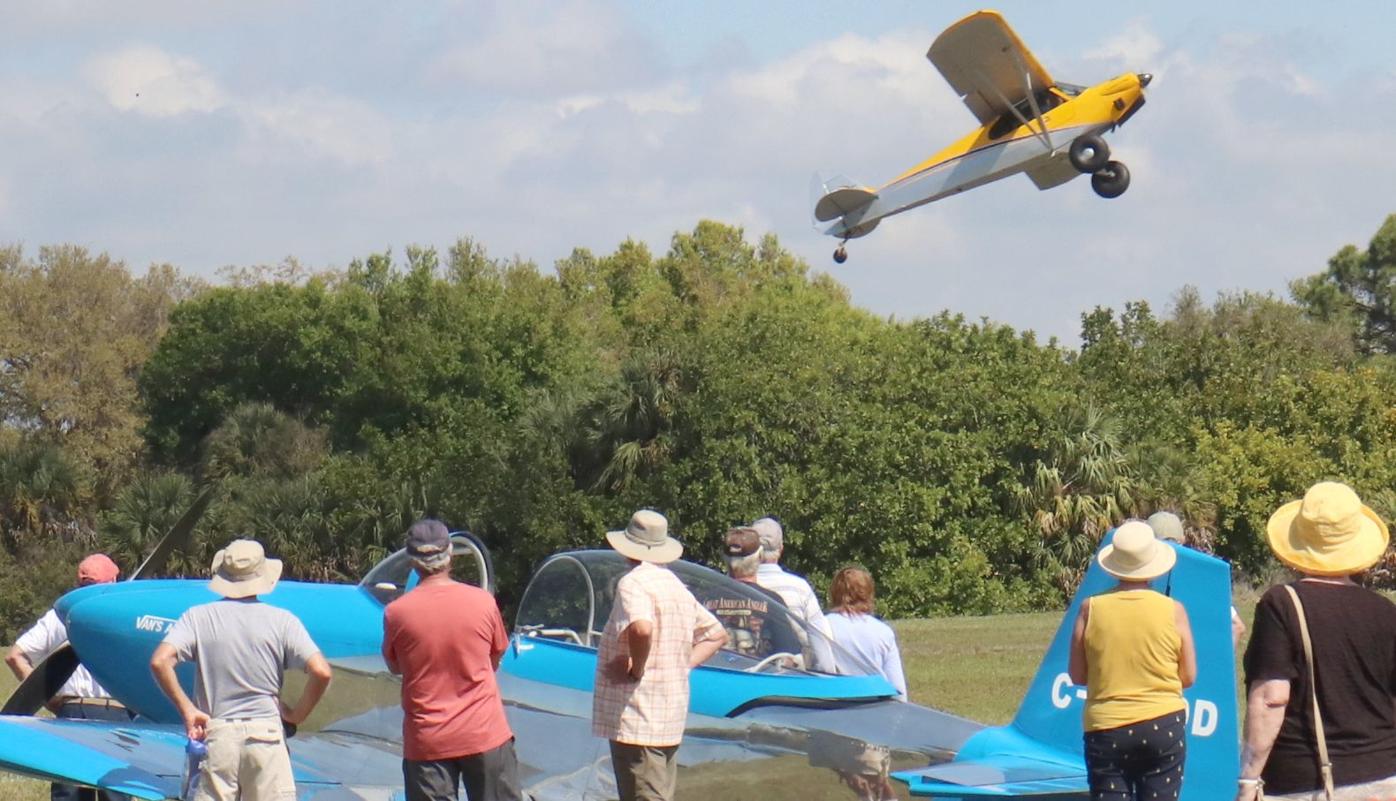 The Gottfried men in a boat moored on Gottfried Creek in front of their homestead. Photo circa 1900.

There are several places in our area that carry pioneer family names. These historical names are important in helping us retain some our past history, and remembering earlier residents who worked so hard to help shape our area.

The year 1898 saw the arrival of a new family to our area, Lorin Alexander (L.A.) Anger, his second wife Hannah (Carver) Anger and their seven children. A boat met them in Tampa and brought them to Lemon Bay, since there were no roads into our area then.

By 1910, the Angers had built a homestead. It’s location would have been behind Holiday Mobile Estates, off of State Road 776, on the headwaters of a creek that was dubbed by locals Anger’s Creek, since the Anger homestead was there. Many years later, the county officially named it Ainger Creek due to the many contributions to the community of the Anger/Ainger family.

In 1925, L.A. Anger Sr. sold his homestead and moved his family to about where Gulf Coast Hardware, on State Road 776, is today. He built a home and eventually a small store.

By 1937, his son L.A. Ainger Jr. and daughter-in-law Muriel had taken over the ownership and operation of the store and enlarged it. The Ainger Store — or just L.A.’s as it was usually called — stayed open till the 1970s and was a prominent landmark in town.

L.A. Jr. was one of the two grocers in town, but was also know as a strong advocate for better local education and as a member of the Charlotte County School Board, pushed to get Lemon Bay High School established. L.A. once said, “I alway felt strong about bringing good education to Englewood, not having to send our kids somewhere else like Venice or Punta Gorda.”

After serving 24 years on the school board L.A., was honored by having a school named after him, the L.A. Ainger Middle School.

The Anger name also appears on our fishing pier.

When the Intracoastal Waterway came though in 1964, workers cut through the middle of the Chadwick’s old wooden bridge, the first bridge to cross Lemon Bay. Charlotte County Commissioner Bill Anger, a commercial fisherman and an Englewoodite, worked hard to save the two remaining ends of the bridge for fishing piers. He succeeded, and the piers were named for him. However, since then Englewood has lost one span of the two piers.

(Note: The spelling of the original Anger name was changed to Ainger by some family members.)

Englewood has another creek that bears the name of an original pioneer.

The Gottfried family learned of our area from visiting the 1893 Chicago World’s Fair. In 1894, Ferdinand Gottfried purchased 30 acres on what was then called Deer Creek. But since the Gottfried homestead was on the creek, it eventually took the Gottfried name. Their property extended from the water along what is now S.R. 776, onward toward what is now the Placida Road. Neither road existed then.

Many local residents cross the Gottfried Creek Bridge, very likely without giving it a thought as to where the name came from. Many of us also visit a part of the old Gottfried family’s 30-acre farm on a regular basis, where pineapples and tomatoes were grown, along with other crops. Today we call it Merchants Crossing Shopping Center.

At the height of the Florida Land boom in the 1920s, the Chadwick brothers had a very successful fishing business. In 1926, they decided to develop some of the large amount of property they owned on Manasota Key. Their holdings ran from Stump Pass to a little south of what is now Gulf-to-Bay residential park.

They named their project The Chadwick Beach Subdivision.

No bridge was ever officially named after the Chadwicks, even after the county acquired the bridge in the 1930s. However, recognition instead was given to the family by naming one of Englewood’s public beaches after them. Chadwick Beach Park bears the name of the family that once owned the land.

For years after the 1929 stock market crash, the large parcel of land that would have been the plush Hygeia subdivision in the north end of town sat unused. It was originally designed for vacation homes for Broadway stars and Hollywood celebrities such as Douglas Fairbanks and Mary Pickford.

Englewood resident and businessman Pete Buchan, long-time Sarasota County Commissioner, showed the county how to buy the old Hygeia area for $100 in back taxes.

Buchan projected great foresight in his many local projects, which included acquiring property for parks and green spaces. He helped the county acquire the Blind Pass Beach property on Manasota Key for almost nothing. The town is also in his debt for the Englewood Recreation Center land on Orange Avenue, just off West Dearborn Street.

In April, 1949, work started on clearing the land on what’s now called Old Englewood Road. A small grass airfield was built, to be used primarily by the county mosquito control program for the spraying of the lower part of Sarasota County. It was decided to name the airfield for Pete Buchan for his many contributions to the area.