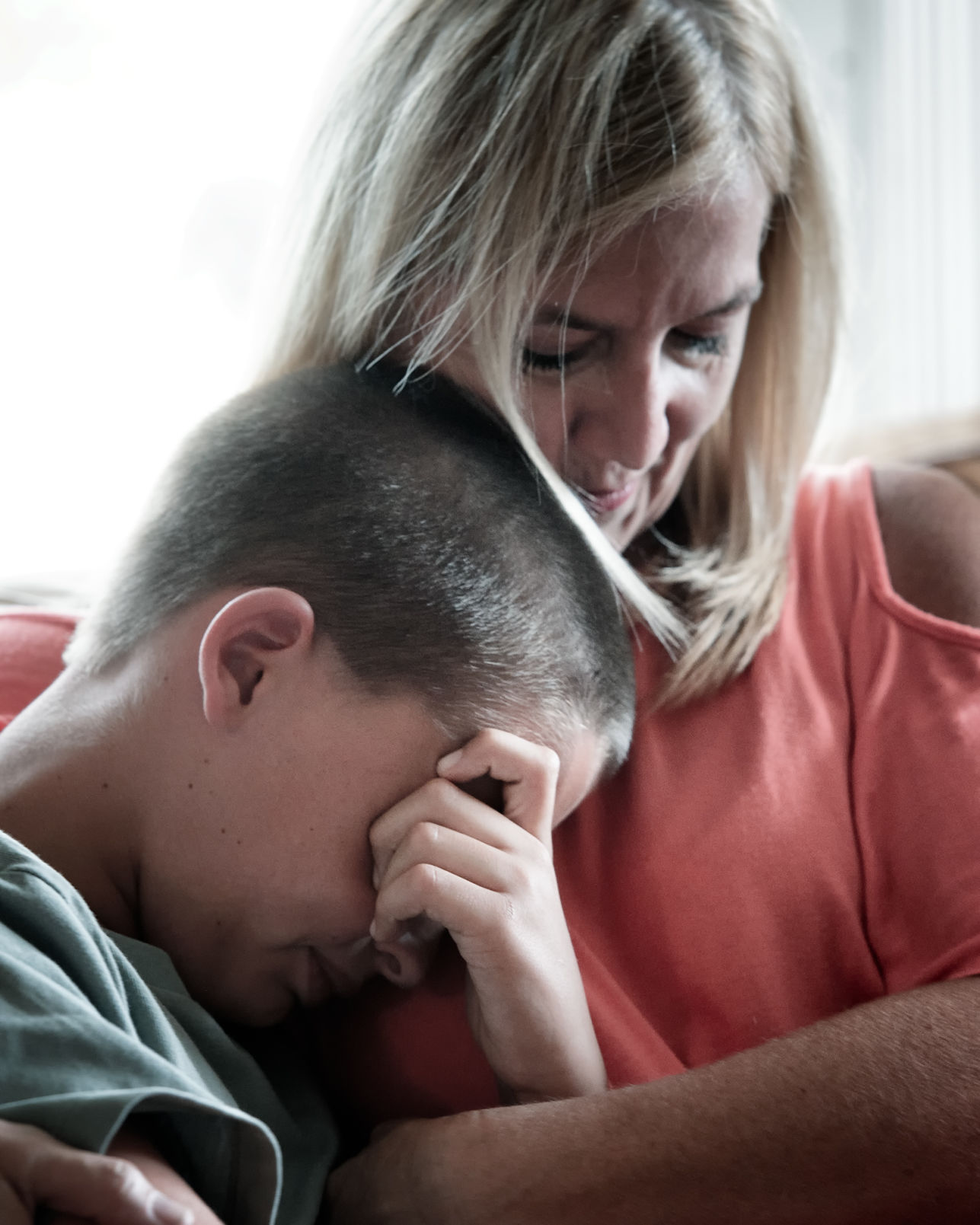 “The kids used to tell me, ‘so your mom didn’t love you?’” 11-year-old Steele Hill (left) said, holding back tears. “But your mama does love you,” his adoptive mother, Becca Hill (right) replied. “This mama loves you. This mama loves you a lot.” 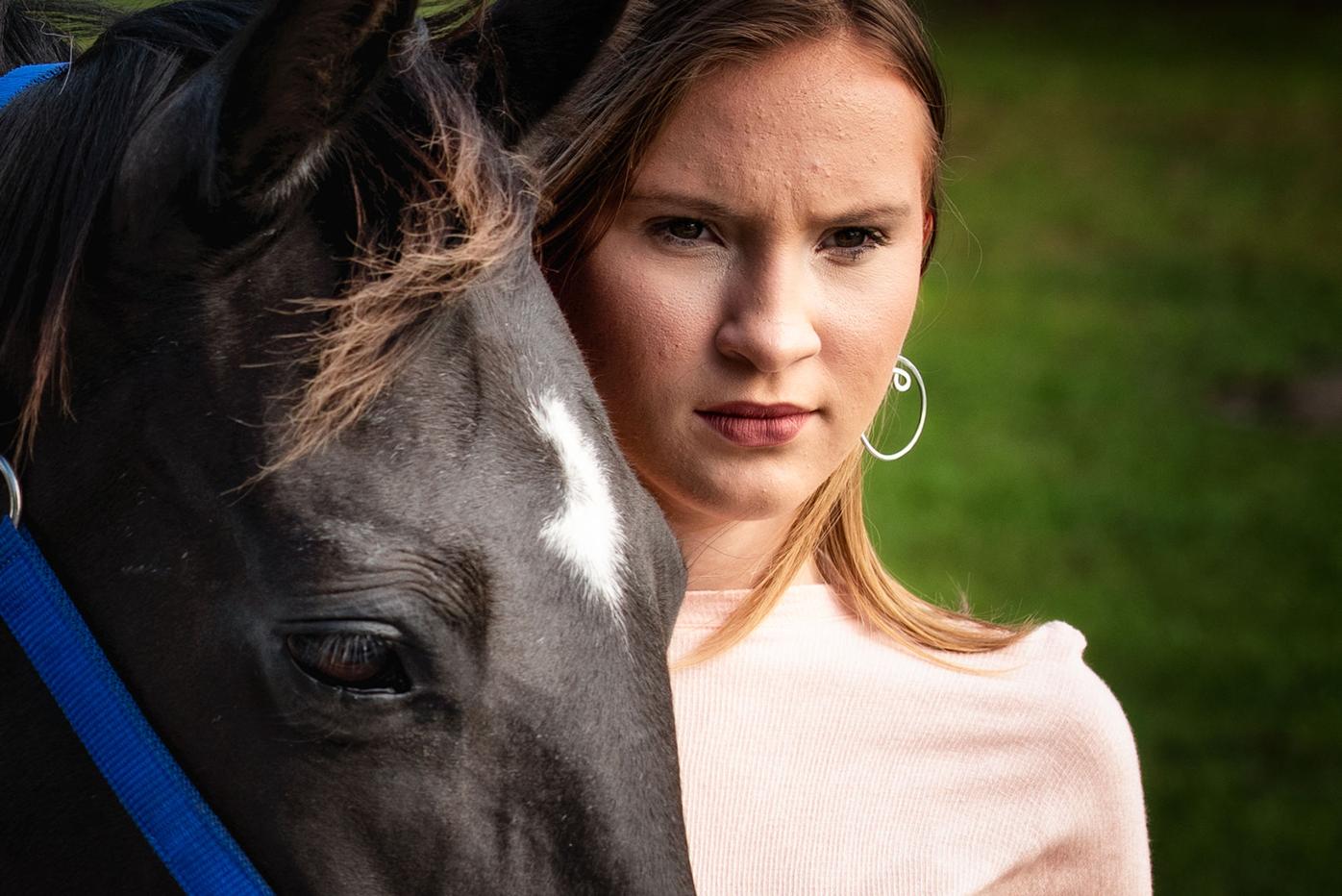 Molly Hill, 16, was adopted from a Ukrainian orphanage at 17 months. 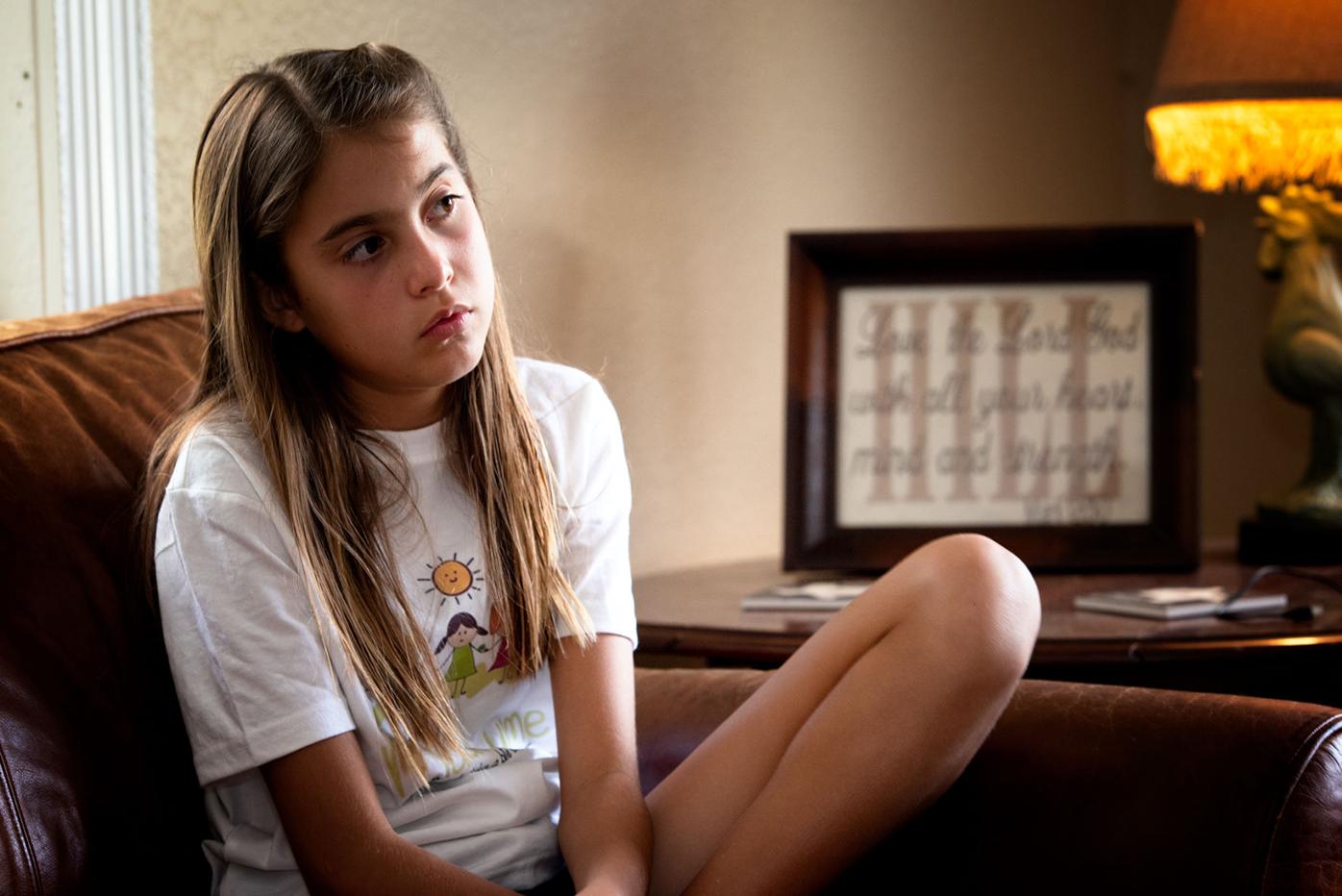 Madeline Hill, 11, was adopted in Texas. Becca Hill, her adoptive mother, was in the delivery room when Madeline was born five weeks earlier than anticipated.

This is the first of a two-part series on adoption. Tomorrow: How one woman tracked down her birth mother.

Steele Hill was only 5 years old when he saw a drug raid.

The Charlotte County Sheriff’s Office was conducting a search of Hill’s biological mother’s house in 2013. Steele was found sleeping in bed beside her, while deputies found baggies of crystal meth, and items used for its distribution, according to his mother’s arrest report.

This is when Steele was entered into Florida’s child welfare system, just like hundreds of children every month statewide.

But the move to his new home and family wasn’t far. Steele now lives with his neighbors, the Hills, and has been their adoptive son since September 2018.

“Substance abuse is the prominent reason children get removed from their families,” said Michael DiBrizzi, the CEO for Camelot Community Care, which is the company subcontracted by the Children’s Network of Southwest Florida to manage cases in Charlotte County.

The opioid crisis has increased this tenfold, with Brena Slater seeing parents relapse more than they have in the past. Slater is the vice president of the Sarasota Y Safe Children Coalition, the local community-based care agency which oversees cases in Sarasota, Manatee and DeSoto counties.

“The (parent) will be ready for the child, and then they relapse,” Slater said.

The Child Welfare System: By the Numbers

In 2013, Steele Hill, like hundreds of other kids almost every month in Florida, was pushed into the child welfare system.

Last month, for example, 1,292 kids went into out-of-home care - almost half because of parental drug abuse.

And more kids have been placed up for adoption in recent years.

Between July 2017 and June 2018, there were 339 children eligible for adoption in Lee, Charlotte, Collier, Hendry, Glades, Sarasota, Manatee and DeSoto counties. The year before, 230 children were up for adoption.

Though 315 children were adopted during that time, just over half of them were adopted within a year of becoming eligible.

When a parent’s rights are terminated, the child’s case worker tries to identify what resources are out there for out-of-home care, whether it be a relative, a foster parent, a trusted teacher, or family friend who would be willing to take care of the child.

In Steele’s case, he first went to live with his grandmother, but he was removed from the home due to violations of Department of Children and Families guidelines. Then he was placed with his next door neighbors, the Hills.

Steele met the Hills when he was 6.

The family was a friendly couple with two adopted daughters. He hit it off with the younger daughter, Madeline Hill, who was his age. He hung out with the girls for several years while his biological mother was under house arrest.

In April 2017, the Hills received a call that Steele was in a foster home with around nine kids, according to Steele.

In Charlotte County this month, there are 58 traditional foster homes with a total capacity of 127 beds.

And as of last week, there were 66 kids in foster homes in Sarasota County, nine kids in foster care in DeSoto County and 222 in Manatee County. These three counties have a total bed capacity of 380, according to the Department of Children and Families.

“We definitely have a lack of foster families,” Slater said.

But a foster home is no guaranteed refuge.

“I got beat up,” Steele said. “The son they had stole a few of my things … all the boys slept in the garage, and the girls slept in a separate room … He did (have a wife). Neither of them was nice.”

Steele was in the foster home for eight days.

“Mom, we have to go get him,” Molly Hill, the eldest daughter who is now 16, told her mother, Becca Hill.

“The process can be very stressful for the family as it is very invasive and very time consuming,” said Amy Chamberlain, adoption specialist for Sarasota Y Safe Children Coalition.

“This had been the third removal, and it was always for the same thing,” Becca said, with Steele’s biological mother having a history with drug addiction.

Now 11, Steele has lived with the Hills ever since.

The doctor told her if she wanted to have children, adoption was her only option. In 2003, they endured a couple of failed state adoptions. “One woman changed her mind,” she said. “Another time it was a scam. The girl was just trying to get money and she wasn’t even pregnant.”

The couple sought to adopt internationally.

In July 2004, the couple met Molly, who was 17-months-old at the time in an orphanage in Dnipro, a small village in Ukraine.

The second adoption took place when Hill was contacted by a young, pregnant woman in Texas who was looking to find an adoptive family for her child.

Molly went with her, and they all met in a McDonald’s in San Antonio. After talking for a while, the woman asked Hill if she would like to adopt the baby. “That’s not why I came here, I just came to give you resources,” Hill said she told the young woman.

“But you would be perfect,” Hill said the young pregnant woman told her. “I really feel like you’re supposed to adopt my little girl.”

The couple was in the delivery room when Madeline, their second adopted child, was born 5 weeks early. They took her home in April 2008.

The day a child gets adopted is the happiest for the adoptive family and for the child, DiBrizzi said. This is their new family.

However, this is also a point of trauma. They could feel like they were rejected by their biological family.

“No matter the circumstances, that’s their family and they will always maintain that connection,” DiBrizzi said.

The adoptive family has to recognize this, and work to build a relationship with the child and provide continuous support to heal that trauma.

“Many children have experienced rejection from (their) parents, they’re removed from their family,” DiBrizzi said. “They have to be comfortable to know that’s not going to happen anymore.”

And, unfortunately, love is not all the child needs.

“Children who experience trauma manifest that in many different ways that require training, understanding and patience,” Chamberlain said. “It takes a very dedicated person to follow through for the long haul.”

It’s not an instantaneous fairy tale, as it could take a year or longer for the child to truly adapt to the home they are placed in, according to Chamberlain.

Becca Hill even had to go through multiple therapy sessions with Steele for him to understand she will care for him.

“A lot of empty promises were made to him most of his life, and it was hard for him to trust,” Becca said.

In 2010, the couple went back to Ukraine and adopted two sisters, both of whom were later diagnosed with reactive attachment disorder. “After being home for a few months, we started seeing major behavioral problems in the 10-year-old,” Hill said. “She would try to hurt the younger kids, and she would have severe raging and very alarming behavior.”

The family sought out several therapists. A few wanted to institutionalize her, others wanted to put her on multiple medications.

The family also worked with another therapist, who specialized in trauma in adopted children, for 15 months.

The therapist recommended that she live in a residential treatment center or a therapeutic foster home. “Something that was more equipped to handle her behavior,” Becca said.

In February 2011, the girl and her older sister went to a therapeutic home in Texas with the specialist. After two months, the specialist recommended she not come back into Becca’s home and placed her with a family without children.

They did find a family, and “she’s done fairly well, much better than she did in our home,” Becca said.

“I don’t like it when people use the term that we’re rescuing children, or that all they need is love,” Becca said. “Not necessarily. You have to really go in it with your eyes completely wide open. So many people go in with rose-colored glasses. I think that’s what I did with the two (girls). I thought I could save them.”

But sometimes, there is gratification and gratitude.

“You have your good days and your bad days, but in the end it’s the reward of changing a child’s life,” Slater said.

Want to learn more about adoption?

The Hills have a orphan care ministry which provides pre- and post-adoption support to adoptive families as well as humanitarian aid to orphans.

"The (parent) will be ready for the child, and then they relapse." -Brena Slater, vice president of Sarasota Y Safe Children Coalition.

"Children who experience trauma manifest that in many different ways that require training, understanding, and patience. It takes a very dedicated person to follow through for the long haul." -Amy Chamberlain, adoption specialist for Safe Children Coalition.

This is the first of a TWO-part series on adoption in our community. See Wednesday's Sun for how one woman tracked down her birth mother, and how adoption has changed lives here.