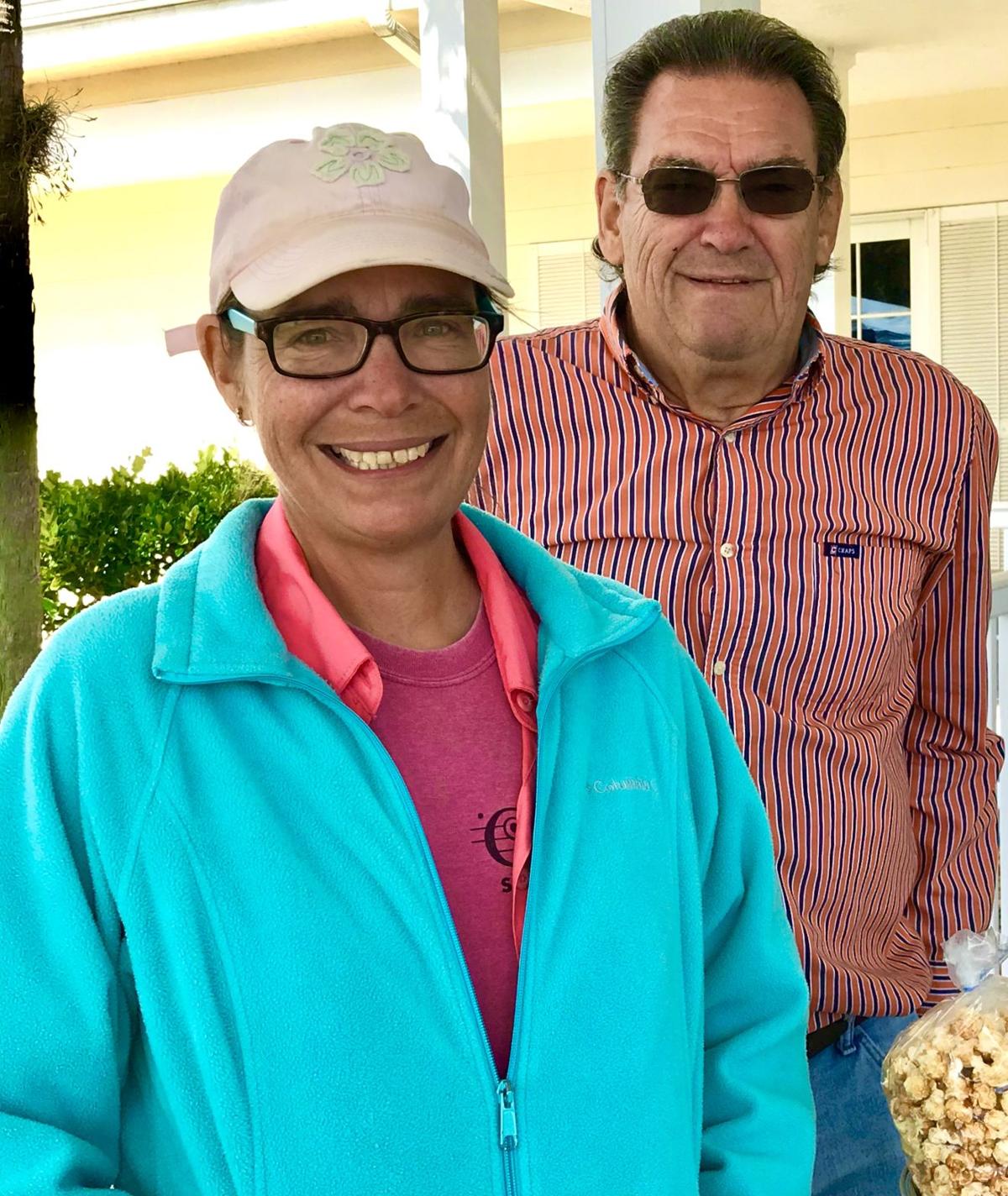 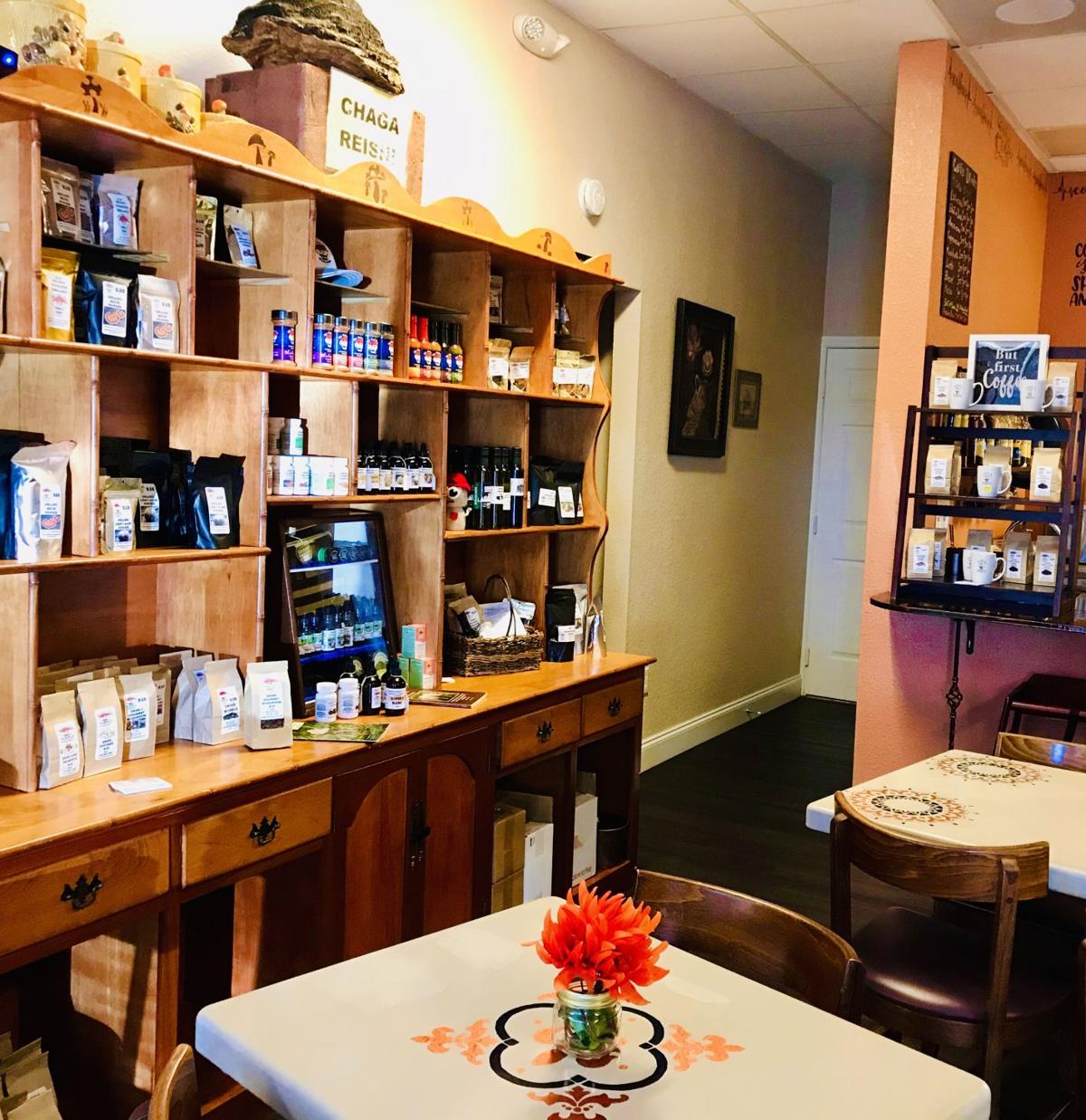 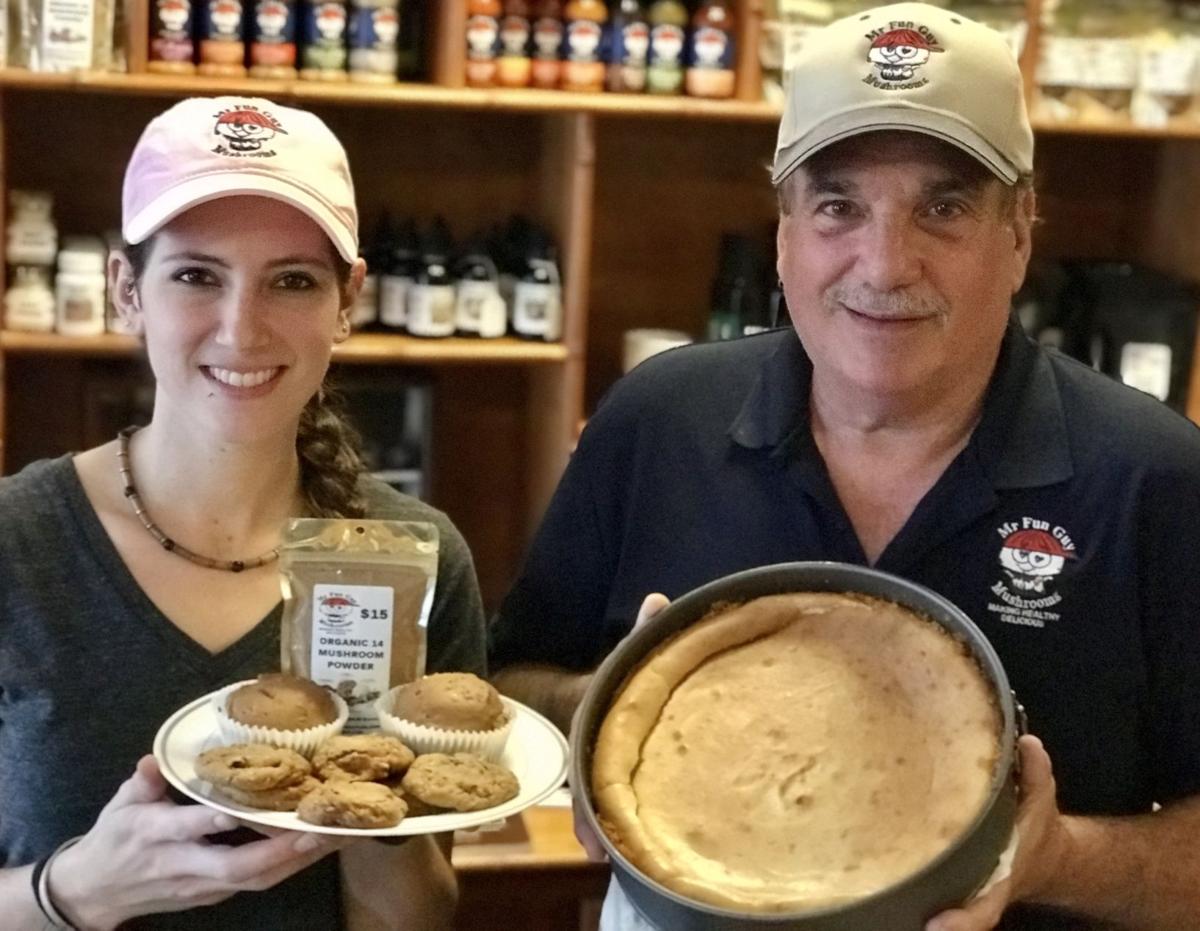 Kalend Adair and Bill (Mr. Fun Guy) Nelms show off Café 23’s mushroom-infused cookies and muffins, and one of his cheesecakes that won an award for best dessert on Fort Myers Beach. 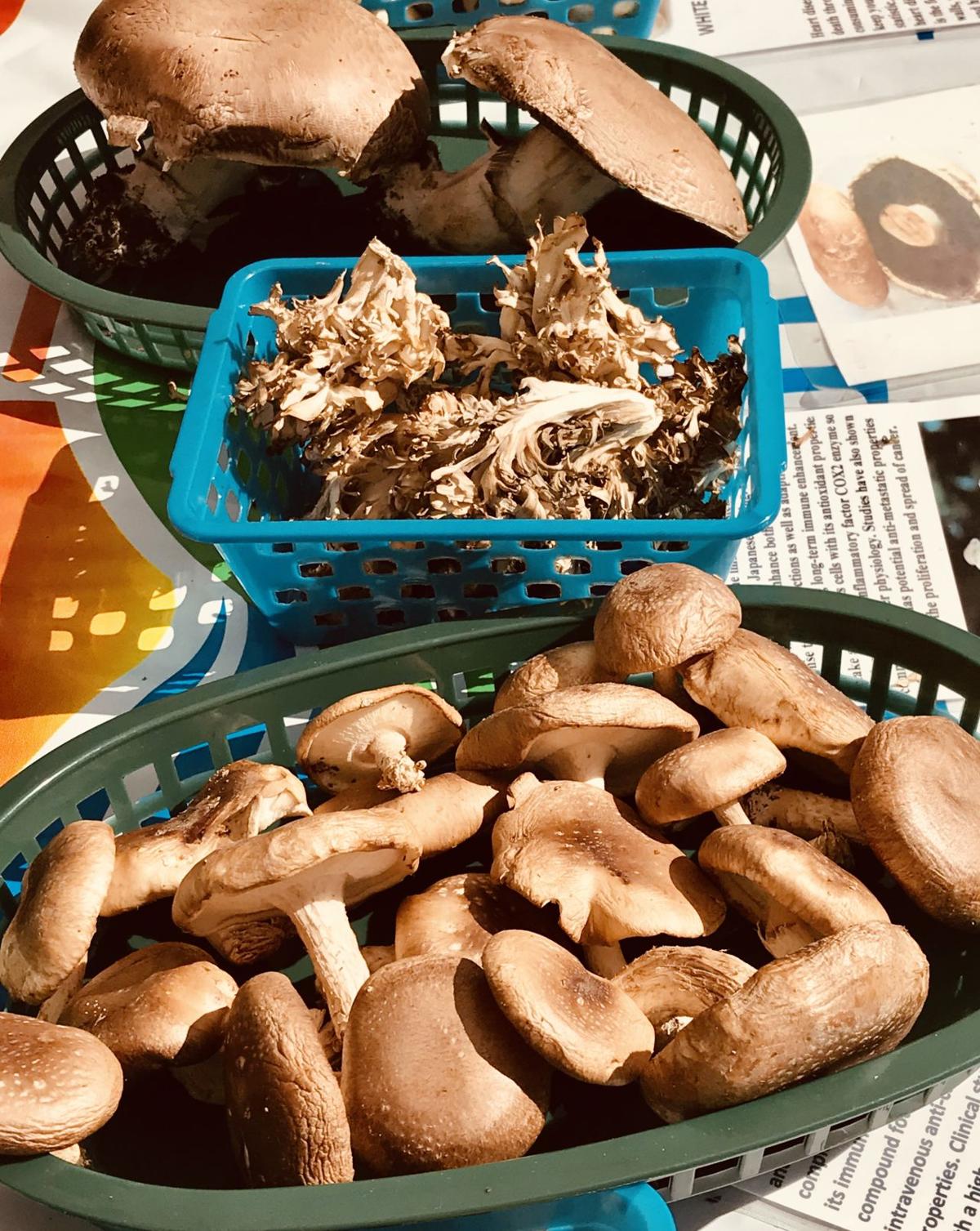 Mr. Fun Guy’s mushrooms are well known at a dozen local farmers markets, where he’s also been known to sell 10 gallons of his famous mushroom bisque a day.

Kalend Adair and Bill (Mr. Fun Guy) Nelms show off Café 23’s mushroom-infused cookies and muffins, and one of his cheesecakes that won an award for best dessert on Fort Myers Beach.

Mr. Fun Guy’s mushrooms are well known at a dozen local farmers markets, where he’s also been known to sell 10 gallons of his famous mushroom bisque a day.

We all know Punta Gorda’s Downtown Farmers Market. It fills Hector House Park and overflows down Taylor and Sullivan streets and Herald Court every seasonal Saturday between 8 a.m. and 1 p.m., with live entertainment and 82 vendors of everything from pickles to purses.

Just 11 years ago, with only about a dozen sellers, market manager Jerry Presseller started the outdoor bazaar that’s since been voted “Best Small Market in Florida” and 15th in the nation.

“For a weekday, Wednesday’s a good day to do this,” said Presseller. “And Wednesday’s the busiest day for the Cultural Center.”

Chaga, reishi, maitake, crimini, oyster, king trumpet, lion’s mane, Portobello, brown beech. Bill Nelms — THE Mr. Fun Guy (Fun Guy, fungi, get it?) — has a mushrooming farmers-market business that sells more kinds of keep-’em-in-the-dark product than you’ve likely heard of. And they have more uses than you might think.

“I’ve known Bill for years,” said John Butler, who mans Mr. Fun Guy’s farmers market booths. “I told him I was going through treatment for throat cancer and my throat felt like broken glass. He whipped out some samples of chaga powder and said, ‘Make some tea with this and you’ll feel better.’”

Nelms, a Philadelphia-area chef, has also run restaurants on Martha’s Vineyard and in Fort Myers. After his brother married into a mushroom-growing family, Nelms started researching and selling fungi himself.

Embracing the motto “Making Healthy Delicious,” he started a small warehouse for the earthy crops in a Veterans Boulevard office mall. But he needed a better setting to introduce his products to the blossoming community that now uses mushrooms as medicine.

This fall, he combined mushrooms and another business model that he knows well: restaurants.

Those who remember Nelms as the eponymous “Philly Billy” of a Port Charlotte café will rejoice that he’s back in the food biz. His new Mr. Fun Guy Café 23, in the former location of Magic Grounds Coffee, is a woodsy health food store/café with a ’shroom sideline.

On top of the cupboard, a chaga mushroom as big as your head promotes chaga’s claim to be the world’s most powerful medicinal mushroom. It packs more antioxidants than any other food, fighting cancer, high blood pressure, Crohn’s disease and diabetes; supporting weight loss; protecting the liver; and detoxifying the system in general.

Whatever ails you probably has a cure somewhere on the shelves of Café 23, and if your problem happens to be hunger, Bill Nelms has a cure for that, too.

As a chef, he’s always loved mushrooms. Now he makes an eight-mushroom vegan marsala bisque; will add a side of roasted gourmet mushrooms to anything you want; and bakes mushroom-infused, gluten-free cookies and muffins which boost immunity, taste great and are good for you.

“Lion’s mane is good for Alzheimer’s patients, stroke victims and people with cataracts,” Nelms explained. “People who can’t take tinctures or pills can get their daily dose by eating a cookie.”