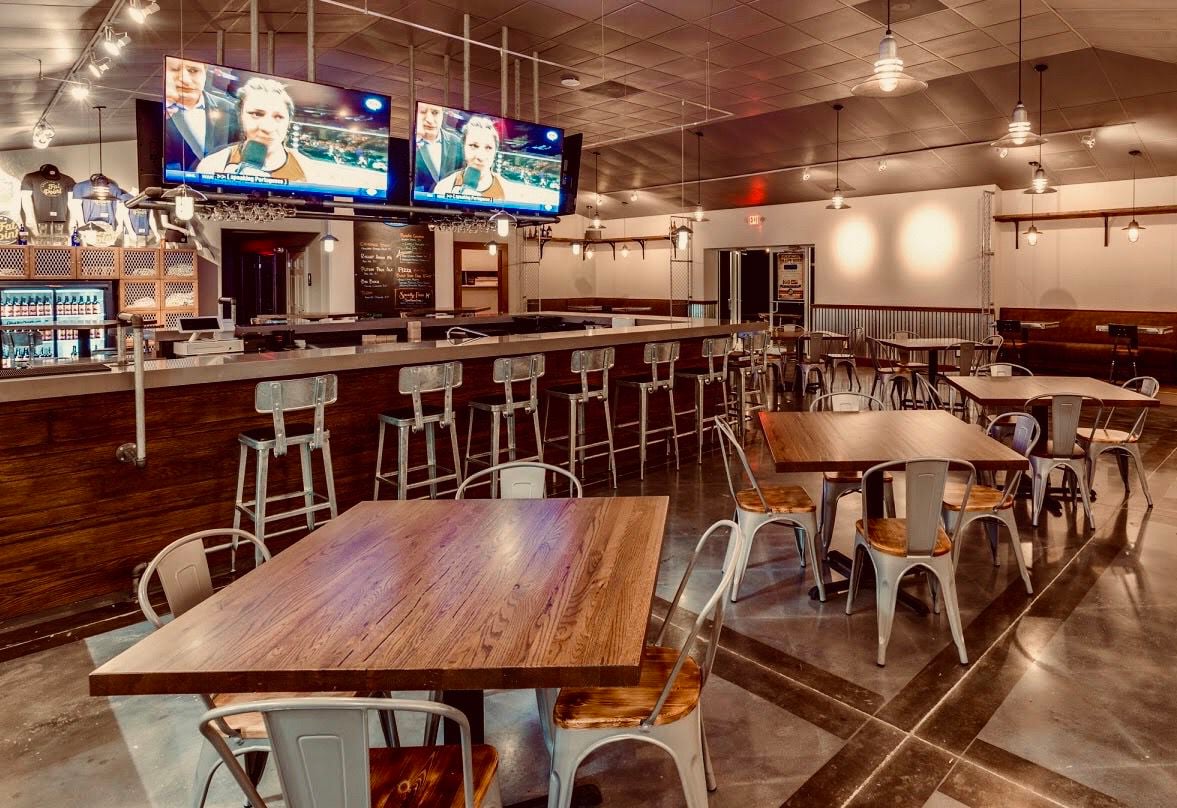 Fat Point Brewing announced that its taproom would reopen at 4 p.m. today. 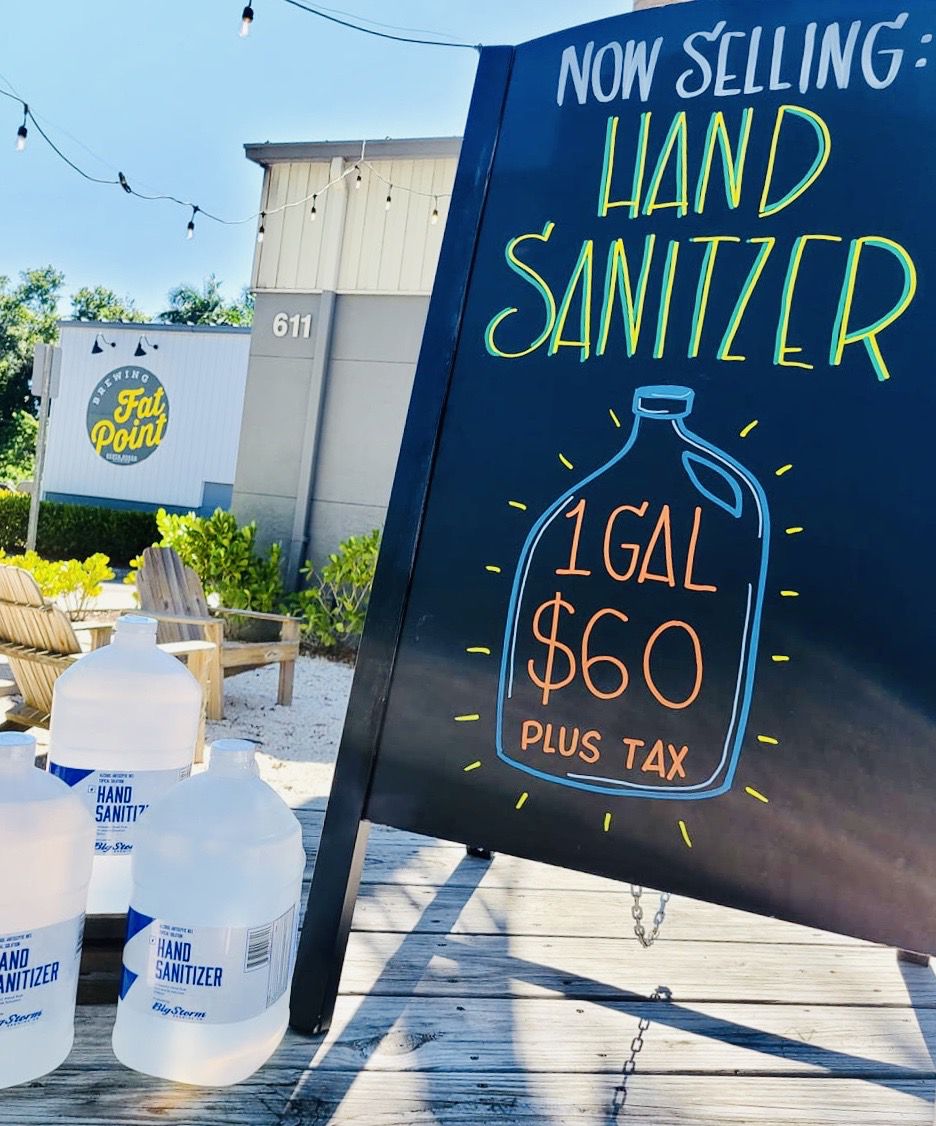 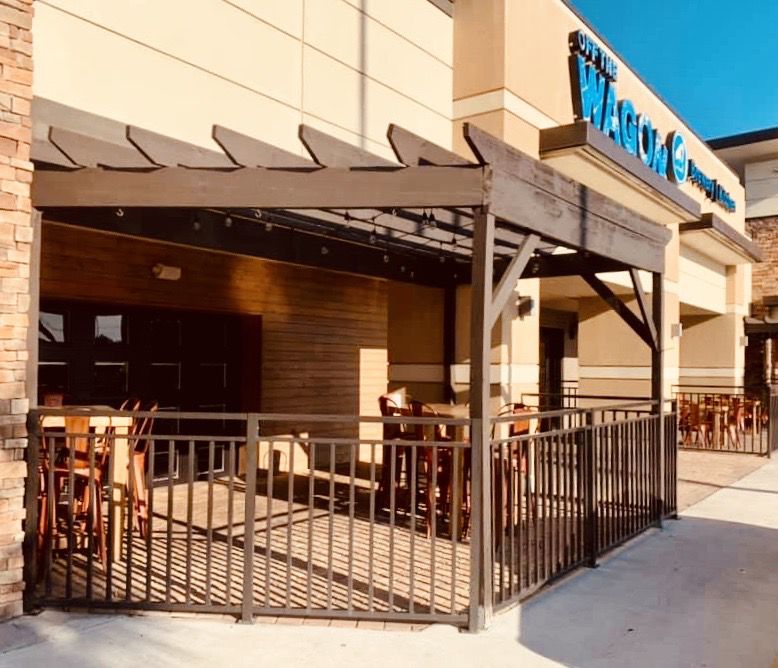 Off The Wagon Brewery & Kitchen reopened indoors and outdoors Tuesday. 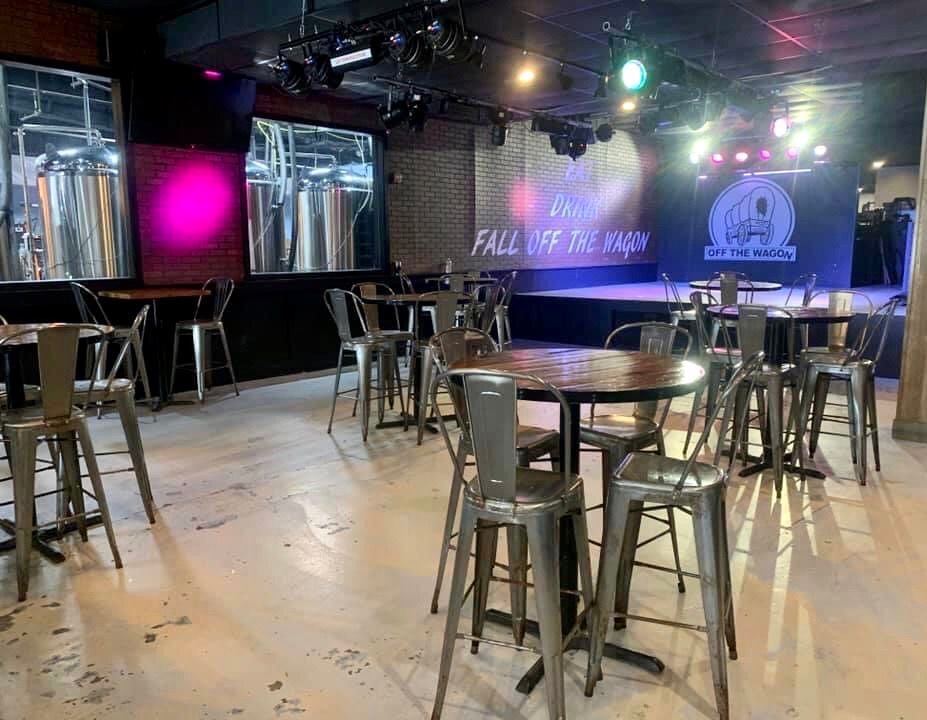 Off The Wagon started live entertainment on Cinco de Mayo, with reservations required because of its 25% capacity. “We need to support local musicians,” said owner Tommy Villani. “It’s even harder for them to get unemployment and access to funds.”

Fat Point Brewing announced that its taproom would reopen at 4 p.m. today.

Off The Wagon Brewery & Kitchen reopened indoors and outdoors Tuesday.

Off The Wagon started live entertainment on Cinco de Mayo, with reservations required because of its 25% capacity. “We need to support local musicians,” said owner Tommy Villani. “It’s even harder for them to get unemployment and access to funds.”

Bar tops everywhere are roped off for now.

You’re locked out of your favorite watering hole until Phase 2, whenever that might be.

But if your favorite watering hole happens to be a local venue whose alcohol receipts fall below 50%, you’re in luck.

Following state guidelines, Punta Gorda’s Fat Point Brewing announced it will reopen its taproom today at noon. The food sales from its menu of starters, salads, pizzas and sandwiches qualify it as a restaurant/brewery that’s allowed to be open.

“Everyone has taken a hit,” said Fat Point’s Head Brewer Jessy Abbate. “We had to restructure our production schedule, but we were able to stay afloat with takeout from our taproom and distribution to stores.

“These have been difficult times, and everyone’s health and safety must come first. But we’re excited to return to our passion of brewing beer and serving our customers.”

The taproom’s indoor seating capacity will be limited to 25%; inside and outside tables will be set at least 6 feet apart.

Not all craft breweries are so lucky.

Bart Watson, economist working with the nationwide Brewers Association of small and independent craft brewers, recently reported the sobering results of a 938-brewery survey on the impacts of COVID-19.

“The numbers aren’t pretty,” he said. “Because so many breweries sell a high percentage of their beer through their taproom or brewpub, and draught sales make up roughly a third of craft production, the rapid shuttering or restriction of breweries, bars and restaurants has drastically cut short-term cash flow as well as production in the medium term.”

More than 85% of surveyed brewers reported having closed their taprooms. Nearly a third stopped production completely. Overall sales were down 60%, and 60% were hurt by lost distributor orders.

Tommy Villani’s Off The Wagon Brewery & Kitchen has substantial food sales, thanks to Chef Mike Leopold. But the South Venice brewpub was nevertheless hit hard by the 45-day shuttering of its own taproom, as well as lost keg distribution of its 3 Bridges beers to local restaurants and to the Braves’ CoolToday Park in North Port.

“We brew a month ahead of time and invested a substantial amount in kegs to supply all of spring training,” Villani said sadly. “We had to stop production completely for a couple of months. Instead of brewing, our brewmaster Scott Harper was selling growlers and six-packs out the takeout window. But we’re starting up production again and will have plenty of beer going forward.”