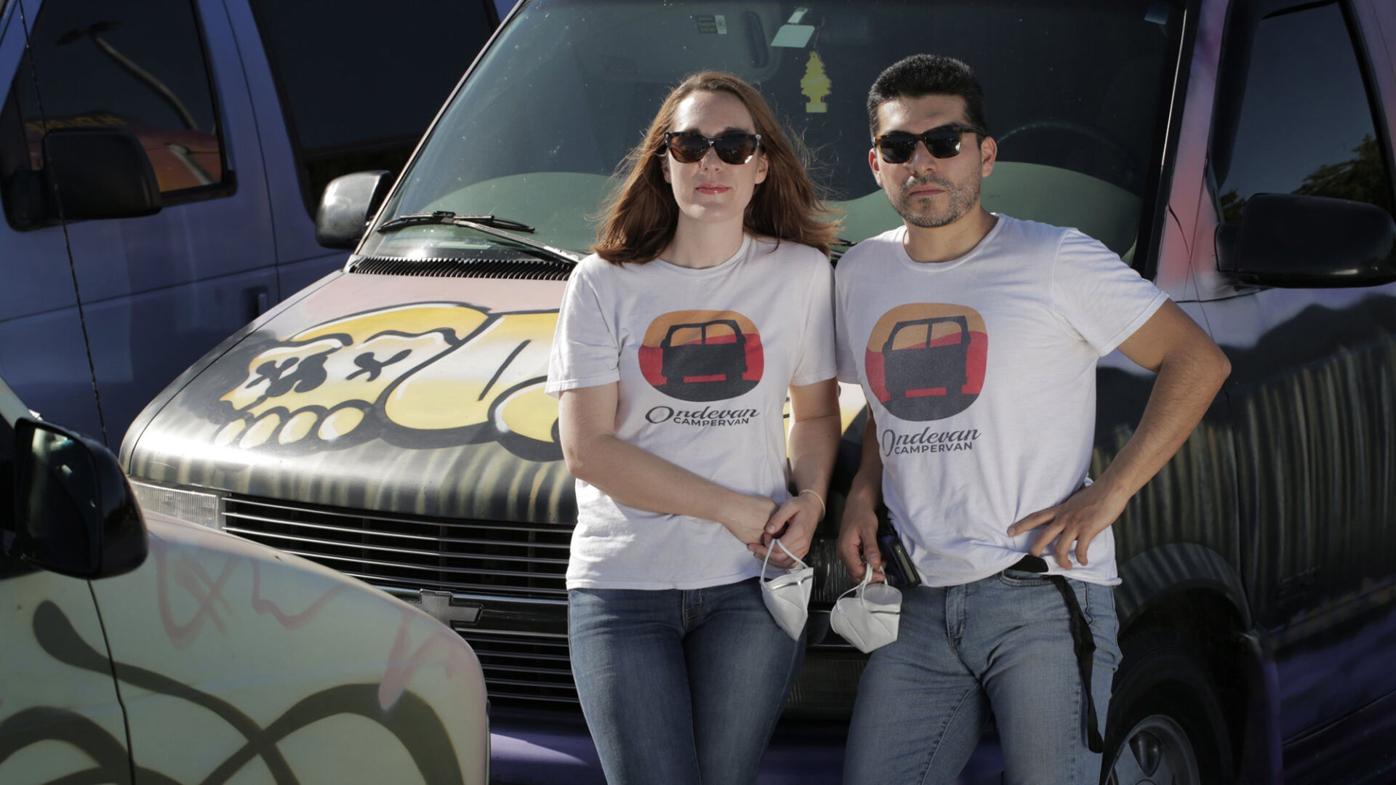 Haley Kirk, left, and Omar Bendezu, pictured on May 5, own Ondevan, a Miami company that provides camper vans to tourists to travel around the U.S. 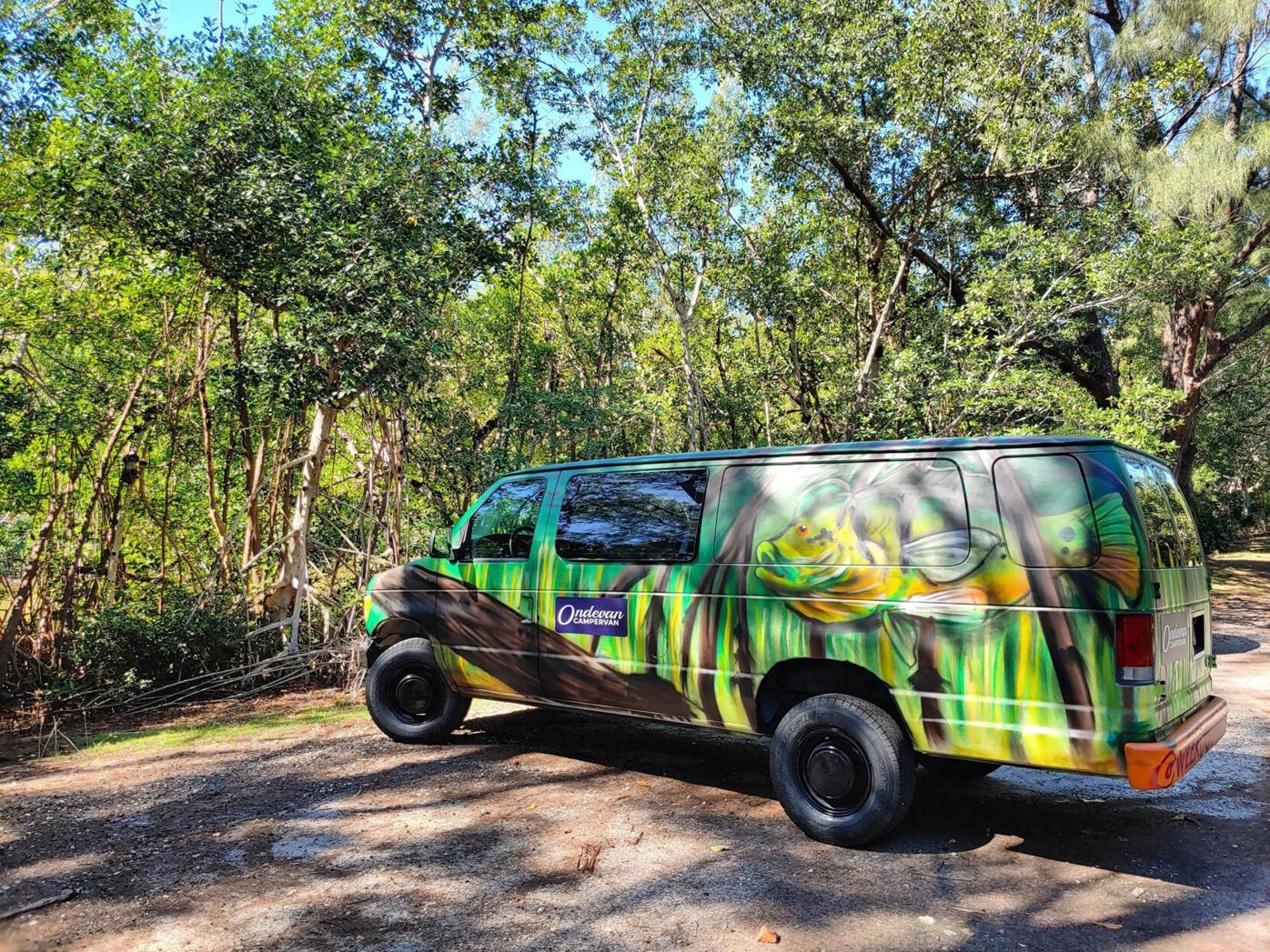 One of the vans in Ondevan’s fleet in Miami. Ondevan, co-owned by Haley Kirk and Omar Bendezu, rents camper vans to tourists.

Haley Kirk, left, and Omar Bendezu, pictured on May 5, own Ondevan, a Miami company that provides camper vans to tourists to travel around the U.S.

One of the vans in Ondevan’s fleet in Miami. Ondevan, co-owned by Haley Kirk and Omar Bendezu, rents camper vans to tourists.

Used to fielding bookings from mostly international customers, Ondevan owners Omar Bendezu, 34, and Haley Kirk, 28, of Hallendale Beach, had to pivot to focus on South Floridians in mid-March, hoping they might want a #VanLife getaway amid hotel closures and restaurant shutdowns.

Across the company’s fleet of 11 camper vans, occupancy has increased from 10% in mid-April to around 50% today, fueled by locals with cabin fever. Since April 1, South Floridians have booked 60 trips with Ondevan. And the company is seeing even more bookings for July and August.

“It’s getting better, definitely better since end of March to mid-May,” Bendezu said.

The turnaround is a relief to the couple, who started the business in 2017 with just one van. They planned to expand to Orlando this year and start a pickup and drop-off location there, but had to put those plans on hold. Now, four months into the pandemic with international travel still largely paralyzed, they’re grateful to be able to provide some much needed joy to the South Florida community with socially distanced vacations.

To help balance expenses, the couple secured a $30,000 federal loan from the small business administration, which comes with a one-year grace period and a 30-year payback plan. So far they have used the money to buy a new van, remodel it, and remodel some of the older vans. They have also sold one of the vans to narrow their rental fleet to 10.

Introducing locals to the camper van concept has been hard work.

With local customers come a lot more questions for Bendezu, he said, about the rental process and the vans themselves. While international customers are more familiar with the concept, locals pepper him with questions before booking, most commonly about whether the vans have air conditioning to run at night (they don’t, they have fans), and where they should go. Last week a customer finally reserved a van after a month of correspondence with him.

“They still don’t know all the parks Florida has, all the state parks, the springs, they don’t know much about camping in Florida,” Bendezu said. He provides a digital map of the state for tourists based on feedback from customers about where the best natural attractions and bathrooms are located.

The most popular destinations lately are Florida’s springs.

Now that Ondevan has built up its local customer base, Bendezu is confident about the company’s recovery. He thinks he could be back to his prepandemic occupancy rate of around 80% by the start of next year, depending on international travel restrictions. He’s hoping for a calm hurricane season.

“Hopefully next year it’s going to grow faster,” he said. “People will want to do something, they will already know I exist. I feel it’s going to come back, not in August, but in January.”