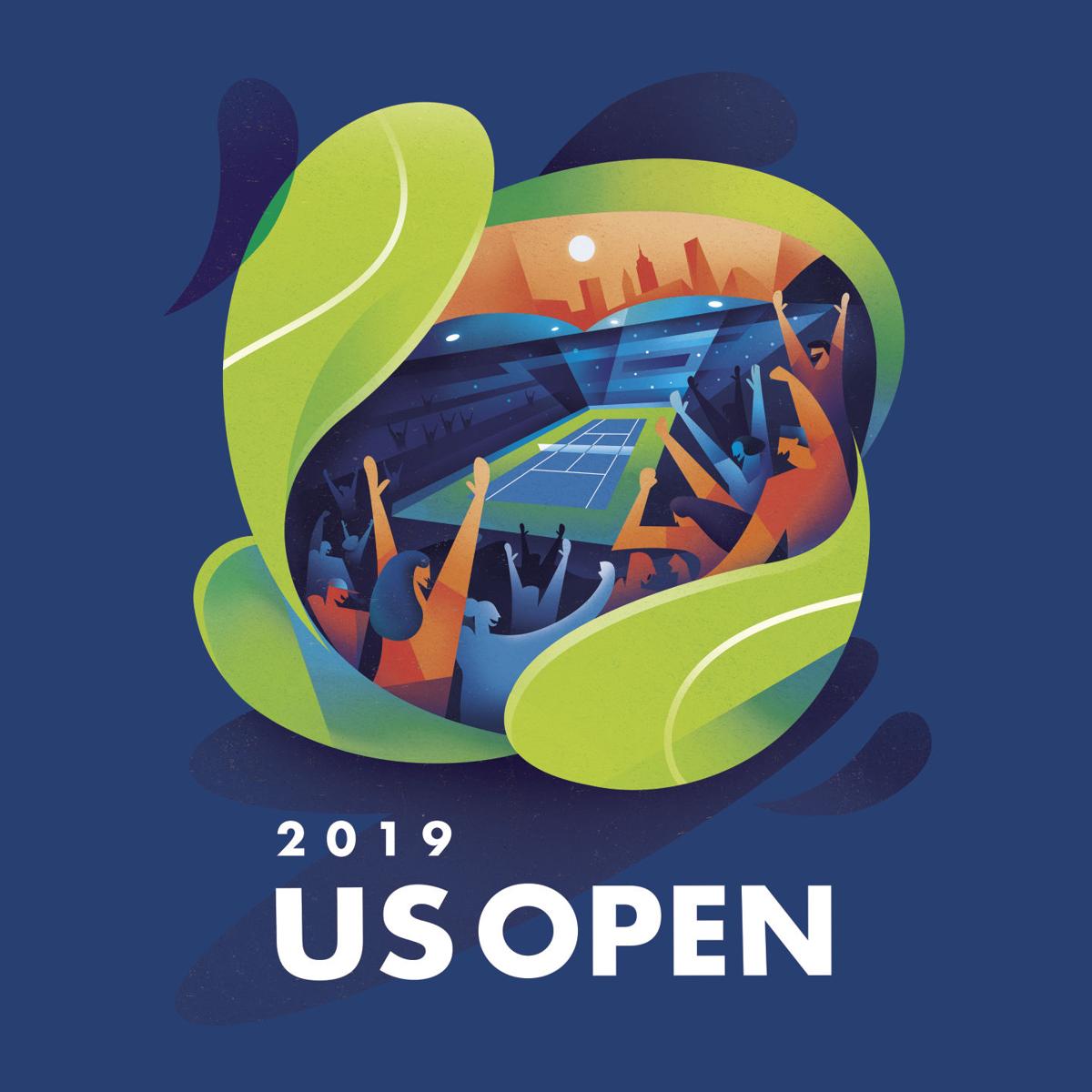 Sean Loose, 27-year-old Port Charlotte native, had his design chosen for the 2019 U.S. Open and was displayed in the Billie Jean King National Tennis Center in Queens, New York. 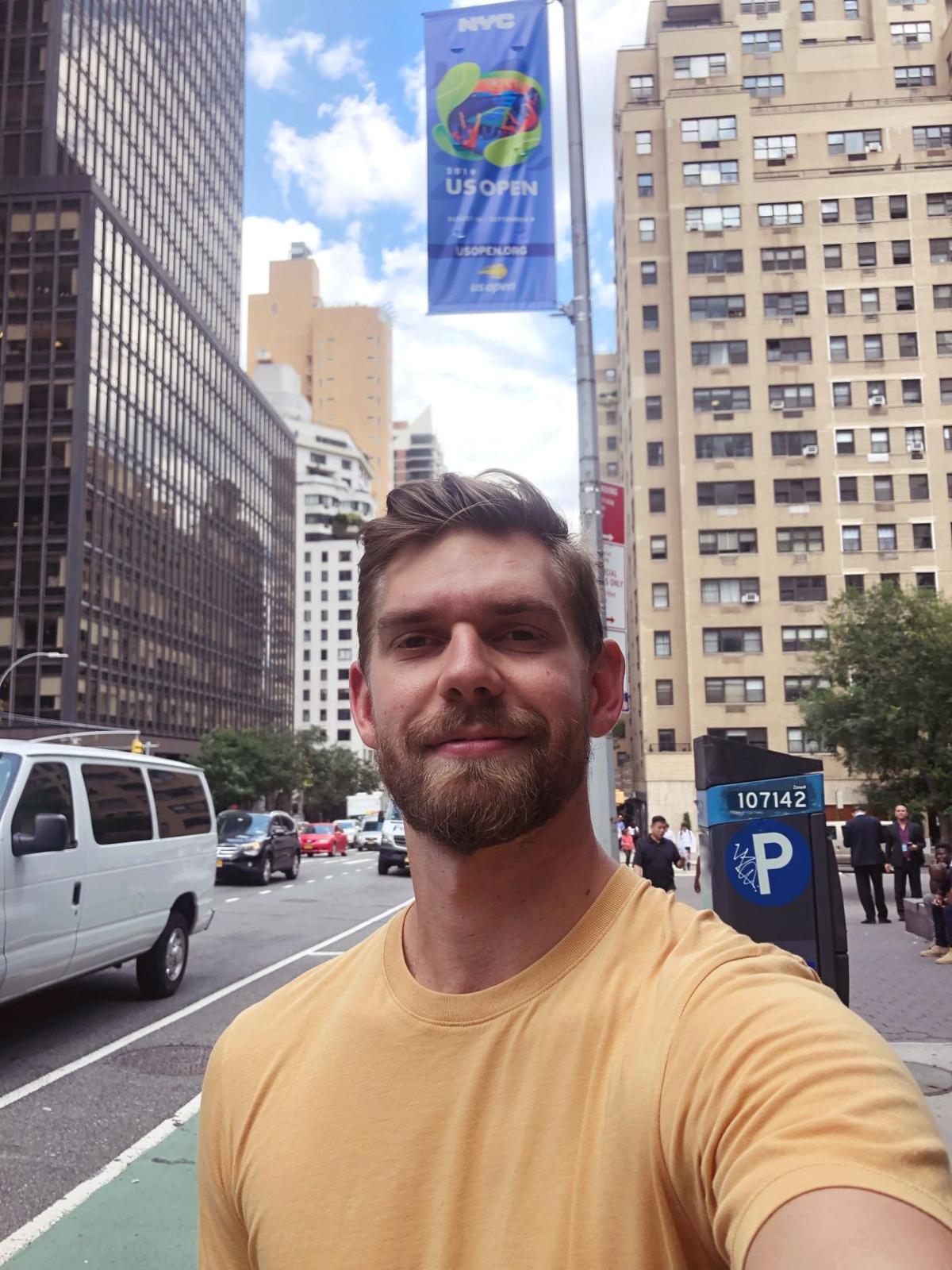 Port Charlotte native Sean Loose poses with a banner of his design for the 2019 U.S. Open in New York. 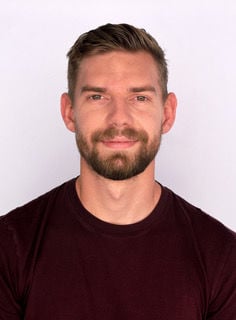 Sean Loose, 27-year-old Port Charlotte native, had his design chosen for the 2019 U.S. Open and was displayed in the Billie Jean King National Tennis Center in Queens, New York.

Port Charlotte native Sean Loose poses with a banner of his design for the 2019 U.S. Open in New York.

Sean Loose, 27, a Port Charlotte High School graduate has always been drawn to painting and drawing.

He hasn’t always been sure, though, if he could manifest his passion into a career.

Well, he has succeeded.

This year, Loose was selected as the designer for the 2019 U.S. Open, and had his artwork displayed in the Billie Jean King National Tennis Center in Queens, New York.

Early on, Loose thought maybe he wanted to be a doctor. But that changed once he enrolled in an art class his sophomore year at PCHS.

“It was sort of over from there,” he said.

Art was his calling.

He took advanced placement art classes with Tiffany Coffey, a teacher who Loose says pushed him to work harder. He says she is one of the people who influenced him along the way to where he is now.

“I had him for two years, during which time he won multiple contests and awards, and created a portfolio which scored very high on the AP Studio Art exam,” Coffey said.

And Loose hasn’t been a stranger. He has returned to her classroom for a round table discussion with some of her current students.

“His acceptance to Savannah College of Art and Design [SCAD, where he majored in illustration], and the scholarships he was awarded, were tantamount to his excellence as an aspiring young high school artist,” Coffey said.

Here is more on what Loose says about his latest endeavor, and how people here helped him along the way.

Q: Was art always something you were interested in?

A: As a kid and throughout AP art, I always felt like I was good at drawing and painting, I definitely thought that may be a thing I wanted to pursue further. I was never sure how I was going to make it into a thing I would make money off of or get a job out of. When the SCAD representatives came, they were all about turning them into viable career paths. I think I decided when I was researching the college, illustration was the major I was going to go with. It had all the aspects of drawing and painting, plus business, basically commercial art.

Q: What is your favorite medium to work with?

A: For now, most of my work is digital. I used to kind of scoff at (digital) when I was mostly working at drawing and painting. When I started at SCAD I think style-wise I was super watercolor heavy. But after taking a few different classes and illustration programs, they definitely kind of gear you towards working in a more digital way, which is kind of how you need to work nowadays to make your art scale-able. I took two graphic design classes at SCAD, which got me really into digital. I like playing with shapes in Adobe Illustrator, and refining them in Photoshop. It opened a lot of doors stylistically.

Q: What about growing up in Florida, if anything, influences your art?

A: It’s not so much Florida itself that had that much of an influence, but definitely the people that have helped me along the way — like Mrs. Coffey, other people I went to school with that had their own distinct styles and are still doing art.

Q: How did you get involved with the U.S. Open? Have you always had an interest in sports?

It goes a little further back, back at SCAD one of my illustration professors, I took a few of his classes, and we kept in touch after college, he runs an illustration agency and I have been for a couple of years. Every once in a while a big name client like that will come through. U.S. Open approached me, said we have a couple illustrators we’re thinking of, “can you submit test art?” It’s a pretty common practice to have illustrators vie for the opportunity. My agent was very much like you should produce multiple concepts and close to finished works. I think that really helped in this context. They ended up picking one of those, because they were able to see it. I’m not much of a sports guy. I went to football games in high school because of the food. I didn’t have much of a relationship with tennis before this. Like any project, you do research — I watched tennis videos on YouTube. USTA (United States Tennis Association) was very adamant about not focusing on any specific player. For me, the research became more about the fans. When I was sketching for this, the one thing I kept coming to throughout was focus on the fans. I think that’s one of the reasons that they responded to the design that they did. I think one of the interesting things about the design, while the game is happening, you’re not allowed to make a lot of noise, when somebody does score, the crowd just erupts. All that energy just comes out in one specific moment, that’s what I wanted to capture in the poster, that moment.

Q: What do you think is unique about your process of creating/your artwork?

A: I’m not sure if it’s unique to the process of other illustrators, and it varies from project to project sometimes. Speaking specifically to this project, I like to do a lot of research, which is normal. More than anything, it feels like visual research. I try to look at many different aspects of an event like this, and go right from there to the sketchbook, sometimes without a clear idea in mind. I just filled a couple pages of a sketch book with some viable ideas and some really bad ideas. I sketch without purpose sometimes which can help me land on an idea. I don’t get to do that on all projects. I had some time to marinate.