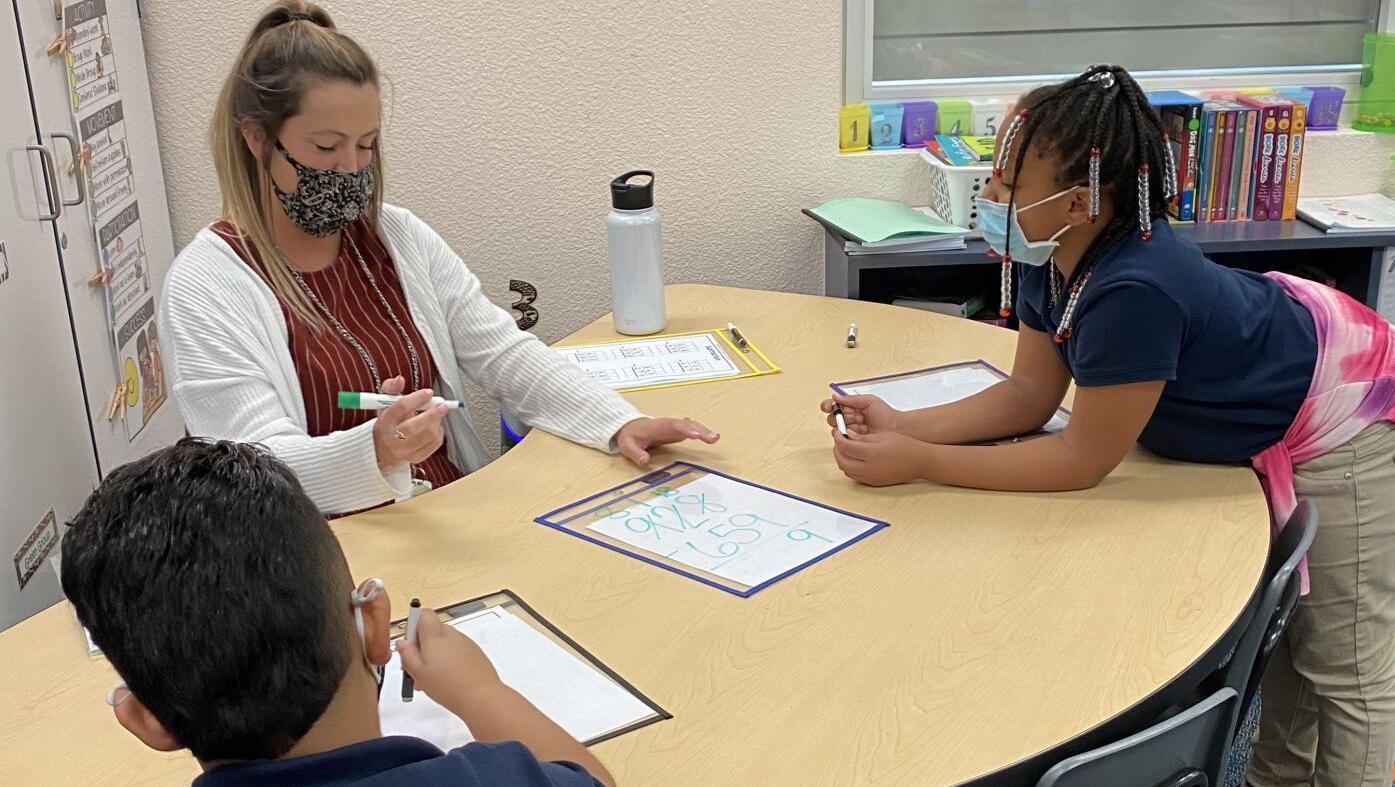 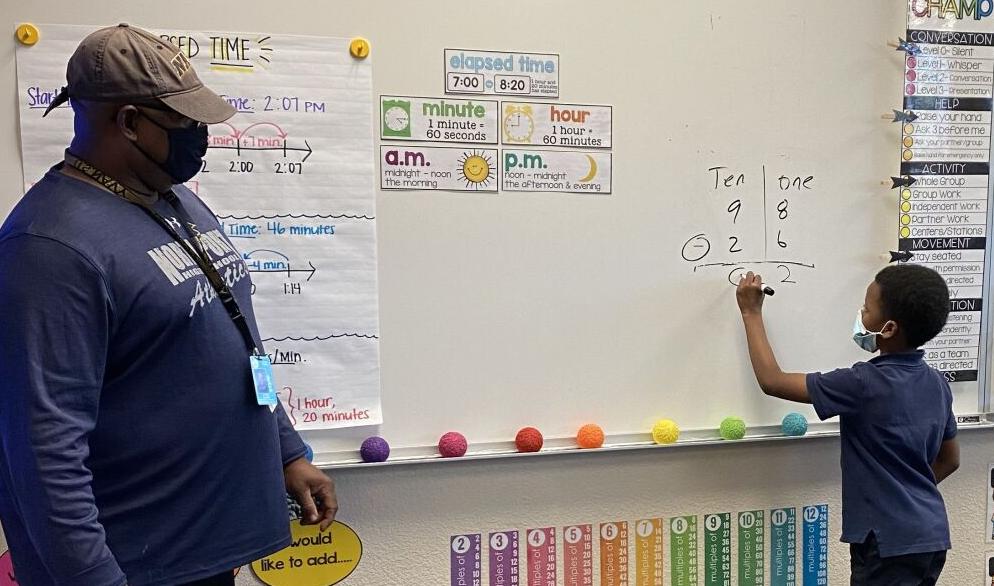 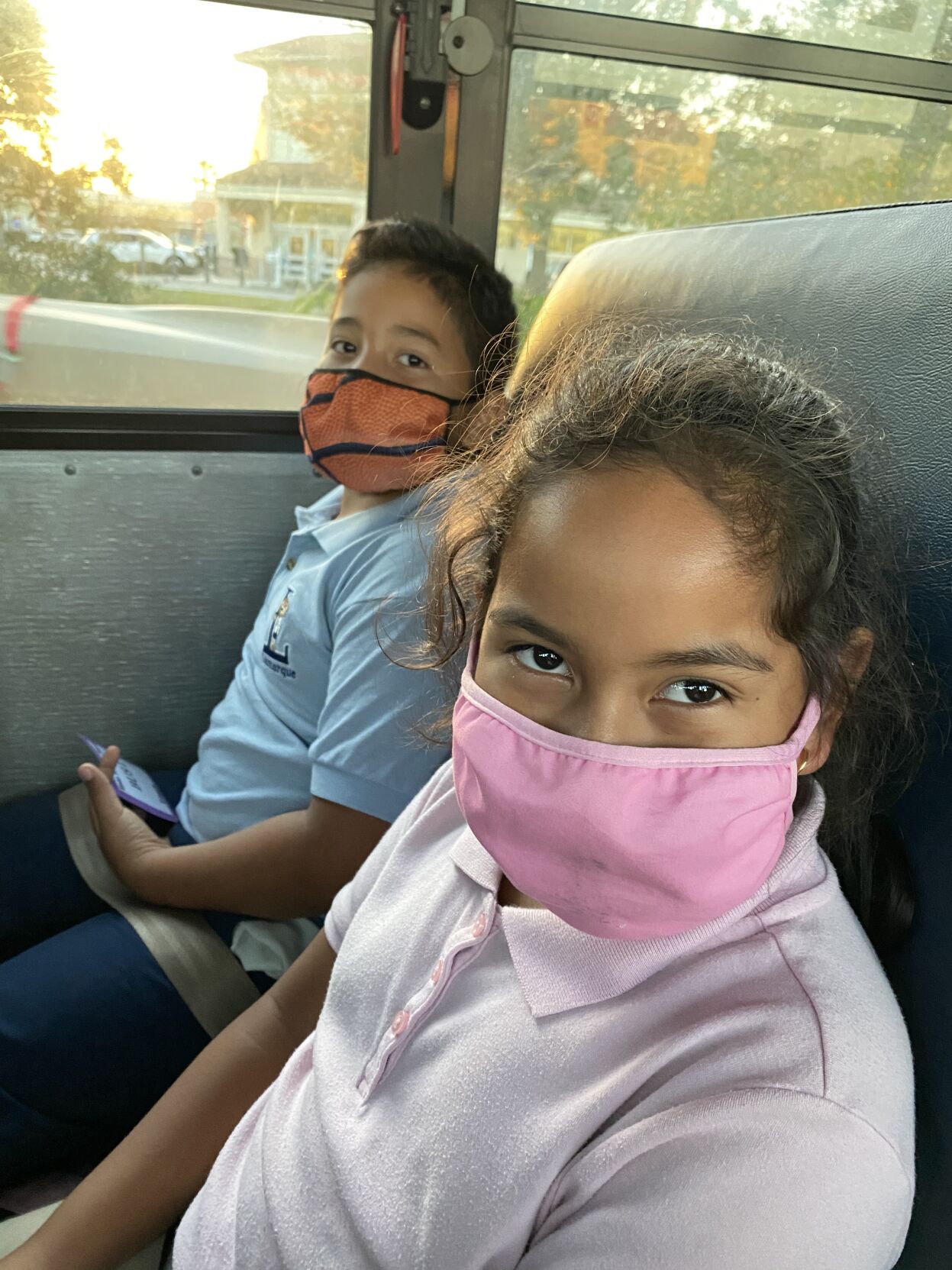 Kevin and Ana Ricuarte-Jimenez on the bus ride home.

Kevin and Ana Ricuarte-Jimenez on the bus ride home.

NORTH PORT — A new after-school program at Lamarque Elementary School is helping students get ahead in math and science.

“We aimed to have groups with less than eight, so each student would get a fair amount of time with the instructor,” Principal Troy Thompson said.

Originally the program was called Students Achieving Individual Literacy Success — known as SAILS — for first-graders only, and it began in April 2018.

But this year, Thompson wanted to make the program larger so more students could benefit by receiving two additional hours instruction beyond the school day, so all students in grades first through fifth were invited.

“I was the assistant principal at the time, and we were excited to see the program grow,” Thompson said. “We noticed the kids who participated in the SAILS program picked up on certain reading skills faster than their peers.”

Last year, second-graders were brought on board — and then the school year ended abruptly due to COVID-19.

“We saw a definite need to focus on some math instruction this year. Because of some of the lost classroom time, there were clearly some math skills that kids were missing that they usually get in school,” Thompson said. “So this year, we honed in on math for third-, fourth- and fifth-graders, and we called it Math Explorers. We have about 30 kids per grade level in that program. We tried to target specific students who were at risk.”

Invitations were sent to 168 students earlier this year, and 158 expressed interest.

And with just one bus, transportation became an issue right away.

“We learned very quickly that one bus was not enough to transport the students on the first night,” Thompson said, adding that the individualized/clustered routes made for late drop-offs for several children.

“We let parents know right away that the kids would be late and that the bus was behind, and most of them were fine with it and thankful that we called to let them know the kids were safe,” he said. “Our SRO followed behind in a vehicle and made sure a parent or guardian was there at each stop.”

But Thompson made sure no student would be turned down if they were interested in the program, and he secured a second bus for the evening sessions.

“There are 53 kids who would not be in this program without the second bus, so we knew we had to work with transportation to schedule one the following week,” he said. “The problem was corrected the next week. Parents also have the option to pick up their child.”

Thompson even rode the bus along with the students on the third evening of the program to ensure there were no kinks.

The program is held two days a week from 3:30 p.m. to 5:30 p.m. The program coordinator is Olga Marchena, and there are currently more than 20 instructors.

“If we include staff from the district and the high school teachers who come to help after their school day is finished, it adds up to about 22 instructors, which is pretty incredible during a pandemic,” Thompson said.