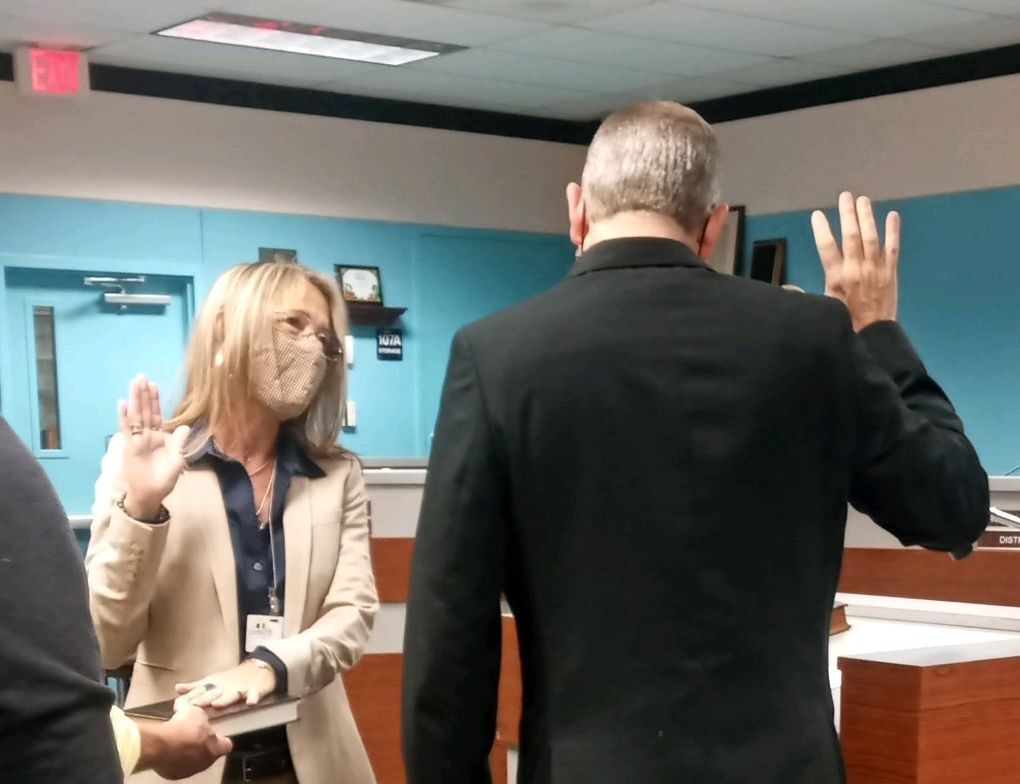 Wendy Atkinson was nominated to serve another term as chair of the board. 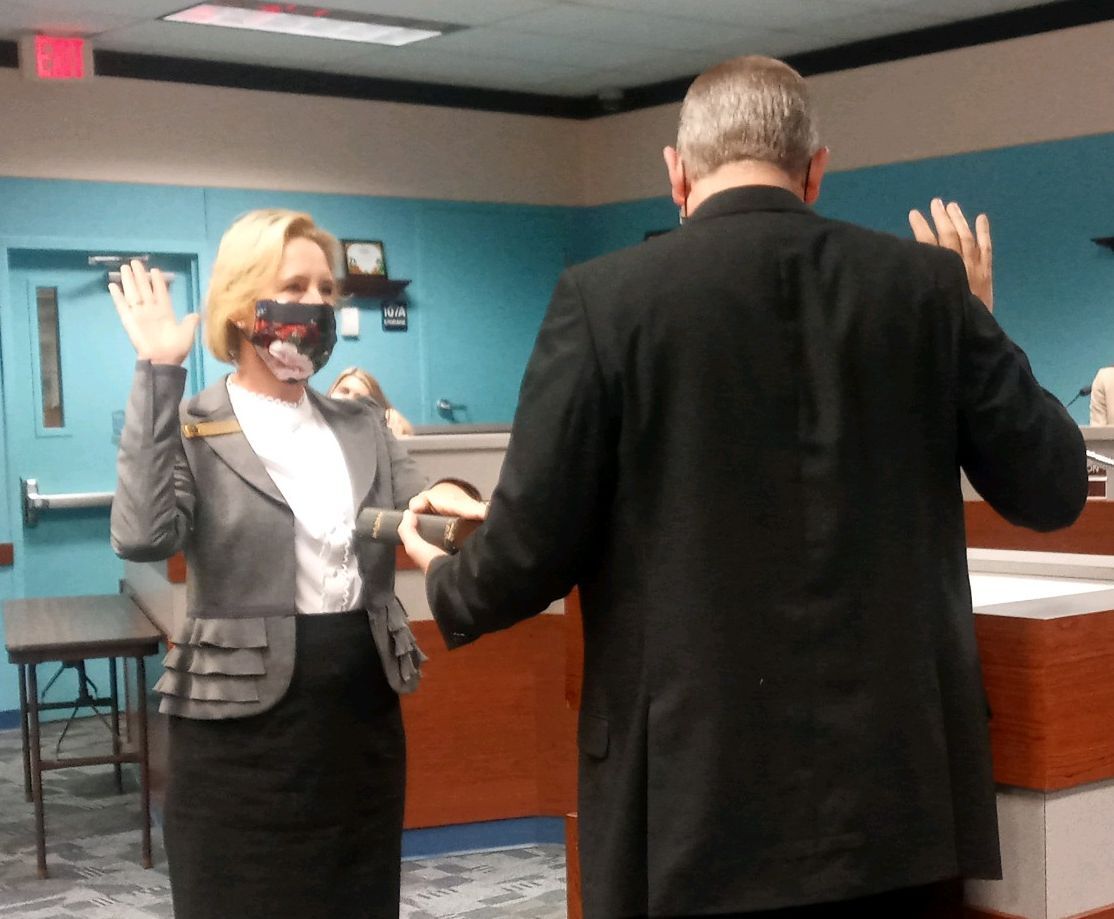 District 2 Board Member Kim Amontree took an oath to serve another term on the board.

Wendy Atkinson was nominated to serve another term as chair of the board.

District 2 Board Member Kim Amontree took an oath to serve another term on the board.

Charlotte County School Board members debated whether to enforce the policy of requiring masks on all school property — including meetings that are open to the public — during a workshop Tuesday.

At the October meeting, a group of residents spoke against the mask mandate during public comment. They also refused to wear masks at the meeting, even after being offered one.

Board member Ian Vincent said every person who attends a public meeting should be required to wear a mask.

Board member Kim Amontree agreed, but said that requirement would invite conflict, pointing out that police escorted out a man who went on a mask rant at a recent Sarasota County School Board meeting.

The man who caused the disturbance at the Sarasota meeting, Michael Zarzano, also went on a similar rant at the Charlotte County School Board October meeting.

Board member Cara Reynolds suggested another option: to have those who do not wish to wear a mask wait in the lobby until public comment, and then have one person at a time enter the room to speak.

Chair Wendy Atkinson asked if enforcing the policy would violate medical privacy law or the Florida Sunshine Law by not allowing residents to attend the meeting.

Superintendent Steve Dionisio said the board would need to get a legal opinion from attorney Mike McKinley as well as Sheriff Bill Prummell to see if he would allow school resource officers to enforce the mandate.

The subject is debatable because Gov. Ron DeSantis refused to issue a statewide face covering mandate in October, leaving it up to local governments to decide.

Chairman Wendy Atkinson was nominated to serve another term as chair of the board.

Cara Reynolds was nominated to serve as Vice Chairman of the board.

Board members Kim Amontree and Robert Segur both took an oath to serve another four-year term on the board. Both were re-elected without opposition.

The board announced that the co-recipients of the 2020 Charles Lee Swift Lifetime Achievement Award are April Prestipino and Sue Sifrit.

During the workshop, board members discussed the district’s legislative platform for the 2020/2021 school year with legislative consultant Vern Pickup-Crawford.

“We support the state Board of Education’s budget proposal to request an increase of $10 per student for the next fiscal year instead of a blanket request for more money,” Amontree said. “This is consistent with the Florida state board recommendation.”

Pickup-Crawford said he would work on the wording of the proposal that will be submitted to the state in December.

The board also approved the 2020-2021 School Board meeting dates and times. The meetings will continue to be held monthly on Tuesdays (unless otherwise noted), starting with the next one on Dec. 8.