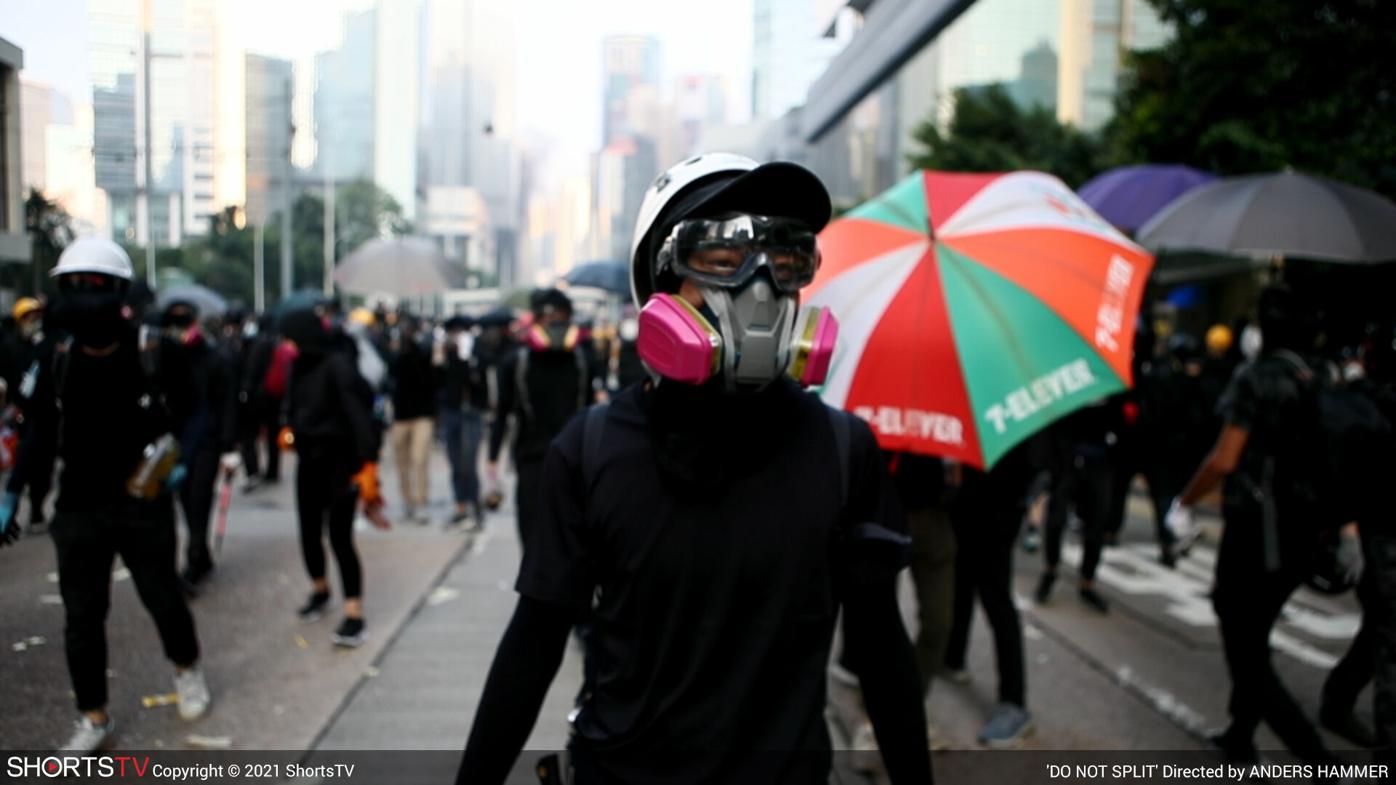 A still from Oscar nominee for documentary short subject “Do Not Split,” directed by Anders Hammer. 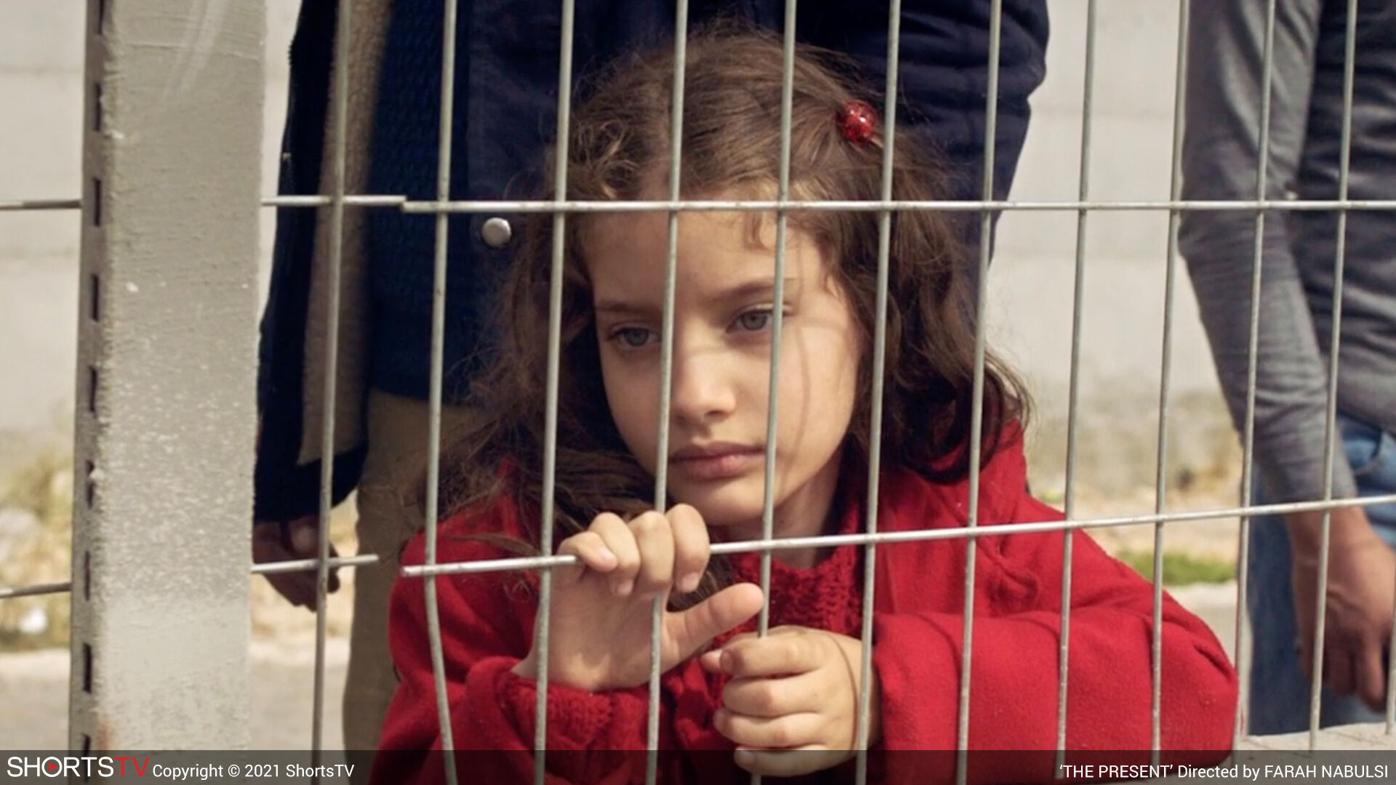 A still from Oscar nominee for live-action short “The Present,” directed by Farah Nabulsi and starring Maryam Kanj. 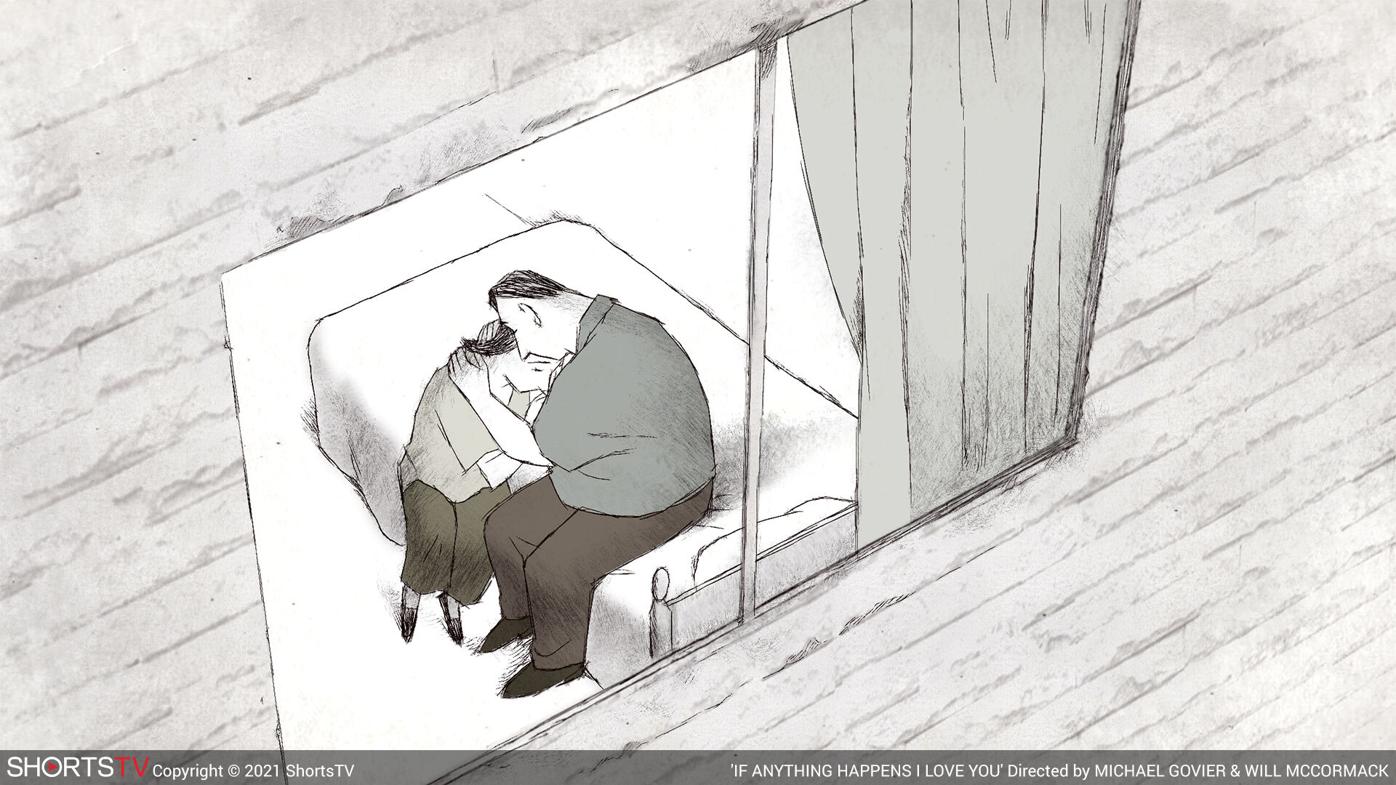 A still from the Oscar nominee for animated short “If Anything Happens I Love You,” directed by Will McCormack and Michael Govier.

The 15 short-film Oscar nominees — live action, documentaries and animation — show that the format is alive and well, showcasing a wide range of topics, tones and approaches — and highlighting a trend in documentaries toward more daring cinematic style and extreme subjectivity. For information on viewing them, go to shorts.tv/theoscarshorts.

Here’s a quick look at each:

1. “Burrow”: A Pixar SparkShort about a rabbit embarrassed by her humble ambitions for her home when she sees other subterranean animals’ elaborate ones. It conveys a nice message about cooperation.

2. “Genius Loci”: The film’s synopsis describes finding a “moving oneness” amid “urban chaos,” but the film feels like something else. It seems to delve into the growing disorder of an afflicted mind. Protagonist Reine suffers from delusions and has difficulty sorting her sensory input, complicating a journey into the wilderness of a city night.

3. “If Anything Happens I Love You”: The emotional knockout of the slate, it’s an examination of grief and how it can be toxic, and it riffs off events ripped from headlines without settling on one actual incident. The fact that viewers will immediately sense authenticity despite that generalization is even sadder than what’s depicted in the film. Black, ghostlike figures represent what can’t be addressed but can’t go away, either. This film is hard to forget.

4. “Opera”: An “animation installation project,” a nine-minute day-night cycle depicting countless tiny humanoid figures executing socioeconomic roles in something like a human Rube Goldberg machine. The film is meant to be projected on an infinite loop. It’s impossible to catch everything happening in one viewing; suffice to say “Opera’s” eye leans toward the jaundiced, even cynical.

5. “Yes-People”: A charmer using almost no dialogue other than an Icelandic “Yes,” spoken by different characters for different reasons. Its humor is warm, and the animators wonderfully convey much through facial expressions.

6. “Feeling Through”: A broke teen looks for shelter on a cold night. His random encounter with a middle-aged, deaf-blind man changes his course, possibly in more ways than one. Writer-director Doug Roland gets strong work from both performers: Robert Tarango actually is deaf and blind; Steven Prescod is convincing as a desperate kid who turns out to be a genuinely good person.

7. “The Letter Room”: Oscar Isaac plays a corrections officer who takes over the job of scanning prisoner mail and gets involved in the lives revealed therein. It’s a well-acted, low-key drama that could be ready for expansion.

8. “The Present”: A goodhearted Palestinian man takes his young daughter to pick up a gift for his wife; to do so, they must pass through an Israeli checkpoint. The stresses and humiliations complicating what should be a simple errand pile up, pushing him toward a potentially tragic outcome.

9. “Two Distant Strangers”: Takes a familiar fantasy trope and applies it to a deadly serious subject: police mistreatment of Black Americans. To its credit, its denouement makes that gamble pay off. It evolves into something thoughtful, eventually becoming a startlingly dark commentary.

10. “White Eye”: An examination of unintended consequences in modern-day Tel Aviv. When a young man seems to have solved the mystery of his stolen bicycle, his single-minded quest to reclaim it takes a turn that forces him to see with greater perspective. Shot in one continuous take, Tomer Shushan’s film puts its audience in a tense situation with steely focus until its deeper meaning becomes clear.

11. “Colette”: As a young teen, Colette Marin-Catherine joined in her family’s new “business”: the French Resistance. The film follows the now-90-year-old as she and a young history student make a first pilgrimage to the Nazi concentration camp where Marin-Catherine’s brother died. “Colette” vividly depicts the instant bond between the two sojourners and the almost unbearable weight of visiting a place where acts of unspeakable evil occurred.

12. “A Concerto Is a Conversation”: Parallels the debut of rising-star composer Kris Bowers’ concerto “For a Younger Self” at Disney Hall with a conversation between him and his grandfather, Horace Bowers. Using techniques similar to Errol Morris’, allowing people talking with each other to directly address the camera, the film lets us into a private-feeling chat shining a light into Horace’s remarkable life and how he has influenced his successful grandson. It’s unusually intimate, the principal takeaway being the deep love between its two subjects.

13. “Do Not Split”: A harrowing view from inside the pro-democracy protests still roiling Hong Kong, with footage from within the crowds as they face down fully outfitted riot police while the protesters have little more than masks and umbrellas. There are firebombs thrown, tear gas launched and innocents caught in the crossfire. Most of all, there are students and average citizens facing down an existential threat to their democracy. In response, the Chinese government has reportedly ordered local media to not carry the Oscars live.

14. “Hunger Ward”: Goes beyond news reports of war and famine in Yemen to look unflinchingly at the resulting suffering, and even death, of young children. It’s rough. The film suffers from a slightly diffused focus but is the kind of old-school documentary reporting designed to make viewers connect viscerally to the human fallout of war, rather than just shake their heads at the news.

15. “A Love Song for Latasha”: The 1991 killing of 15-year-old Latasha Harlins left scars on Los Angeles, including helping fuel the LA riots a year later. Director Sophia Nahli Allison spends little time on the crime, instead crafting a poetic portrait of the girl through stories told by her loved ones and subjective cinematic techniques such as abstract animation, video effects and stand-ins.