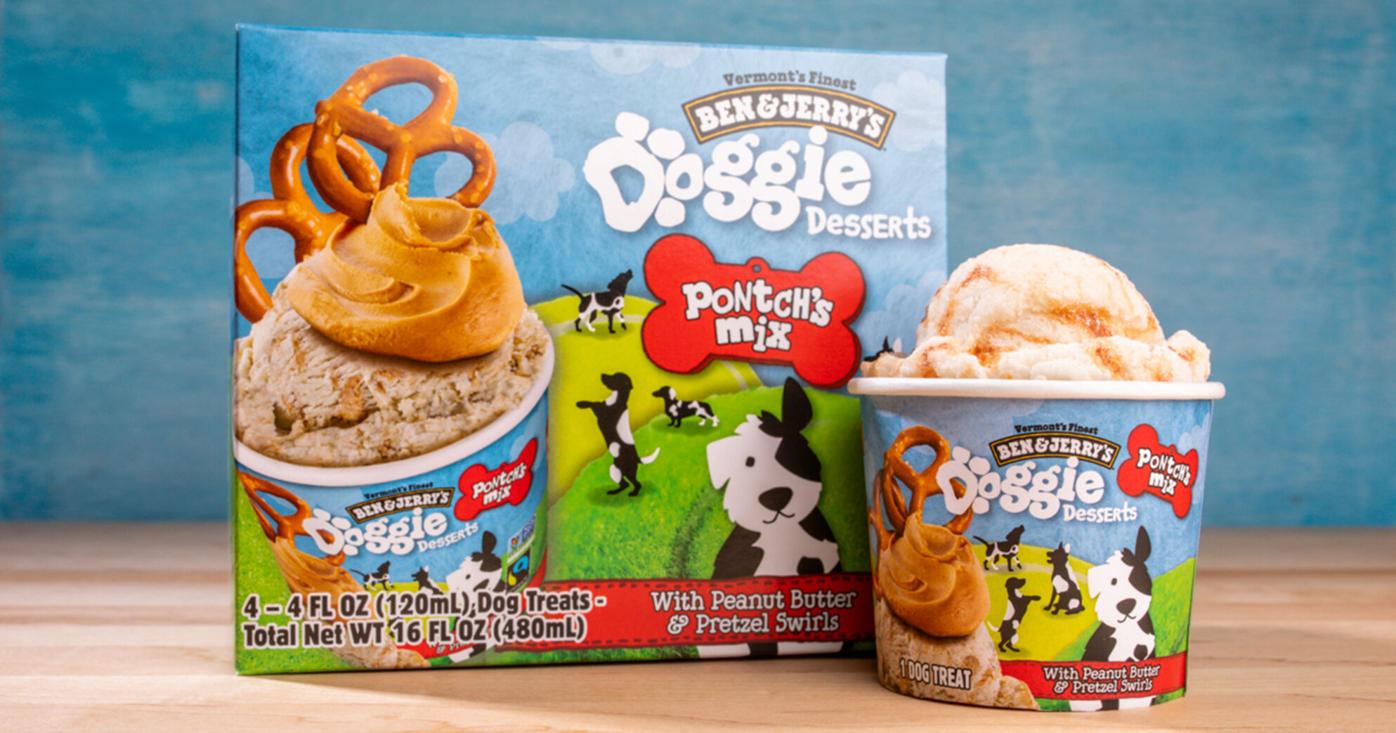 Pontch's Mix is a new line of ice cream for your pooch from Ben & Jerry's. 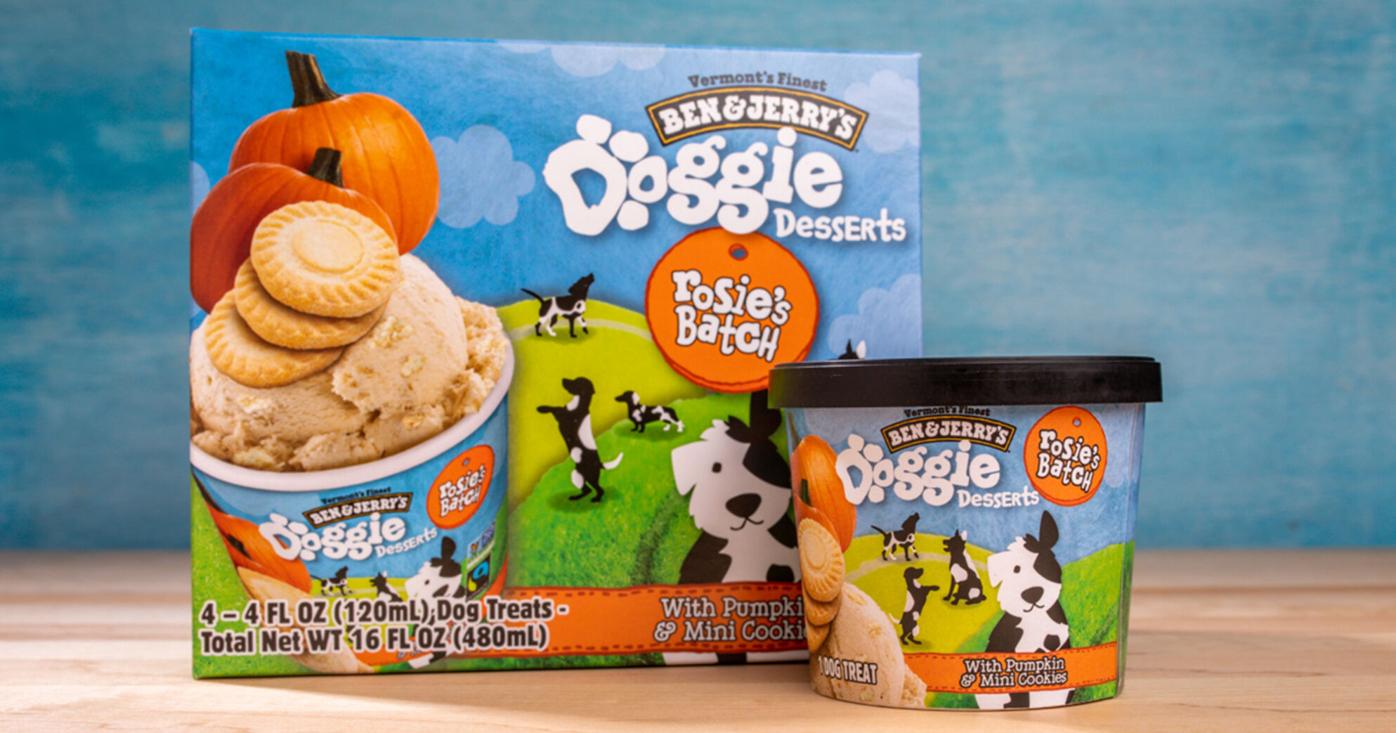 Does your dog stare you down as you enjoy a bowl of ice cream? Or maybe your canine companion gives you those sad eyes and drools while your are enjoying a cone?

Your pup is now in luck, thanks to Ben & Jerry's brand of ice cream. The Vermont-based premium ice cream brand on Monday announced the launch of Doggie Desserts frozen treats for dogs.

The new ice cream line kicks off with two flavors: Pontch's Mix and Rosie's Batch named after employees’ dogs. Pontch is a French bulldog and Rosie is a rescue dog of mixed heritage. Ben & Jerry’s Vermont headquarters is a dog-friendly workplace where there are often up to 40 dogs in the office at any given time.

Ben & Jerry’s was started in 1978 by Jerry Greenfield and Ben Cohen. The ice cream brand is known for its high-quality ice cream with mix-ins as well as its catchy and clever ice cream flavor names such as Cherry Garcia, Cchunky Monkey and the Americone Dream.

For the dogs, Pontch's Mix flavor is a blend of peanut butter and pretzel swirls. Creamy pumpkin and mini cookies make up Rosie's Batch. You can buy them individually or in multipacks.

Retail prices for individual treats start at $2.99 for 4-ounce cups. Multipacks with four, 4-ounce cups range from $4.99 to $7.99. You can order them now at benandjerry.com or look for them at some grocery stores, big box retailers, and pet stores nationwide.

Ben & Jerry's says all the ingredients in its Doggie Desserts are ones found in its current ice cream recipes. But instead of using dairy for the dog treats theirs are tsunflower butter-based because dogs are lactose intolerant and can only tolerate small amounts of dairy, according to the American Kennel Club. The sunflower butter is easy on your pup’s tummy, they said.

And just in case people are wondering whether they can have a lick, Ben & Jerry's says they are not "labeled for human enjoyment."

“We know our fans love their dogs and treat them like family,” said Lindsay Bumps, a Ben & Jerry’s Global Marketing Specialist who also happens to be a certified veterinary technician, in a news release. “We created this product line so pups can enjoy something even better than belly rubs. Doggie Desserts are the sweetest treat they’ll ever put their paws on.”

"Given our dog friendly office and our passion for our pups (after all, they are our family!) we wanted to bring the Ben & Jerry’s fun to our dogs," Bumps said in an email to the Free Press.

In developing the pet-friendly treat Ben & Jerry's worked with a veterinary nutritionist, a regulatory consultant and the Association of American Feed Control Officials (AAFCO) and NSF International to "ensure we were creating a safe (and delicious) treat for our pups."

Ben & Jerry's also casted employee’s dogs in its social media campaigns. You can also see and learn all about Ben & Jerry office dogs on its website.

Along with the new frozen treats, Ben & Jerry's has a line of pet accessories. A tie-dye leash made from recycled water bottles and a toy ice cream cone are available at www.store.benjerry.com.