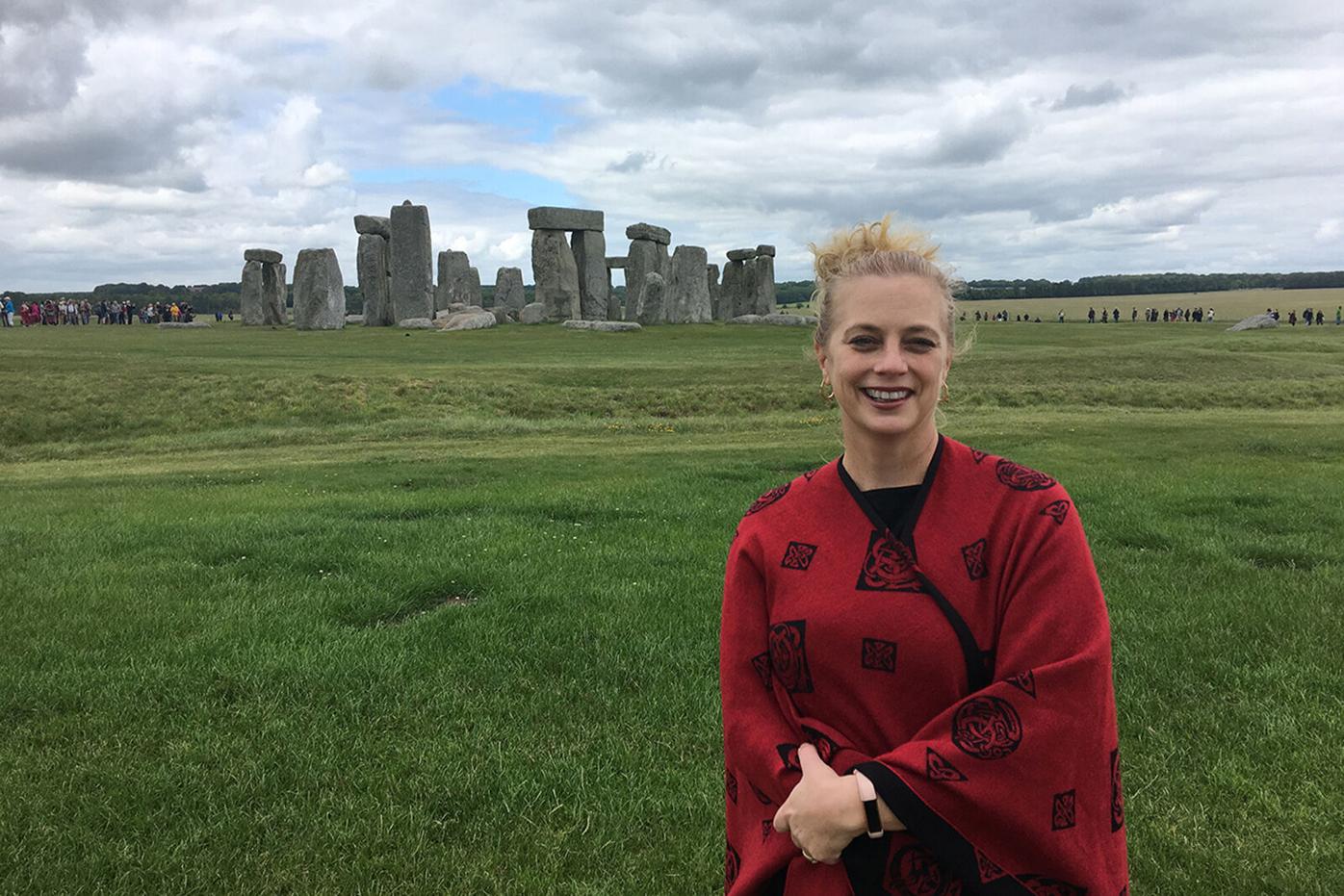 Since the start of the coronavirus pandemic, Dorsey Armstrong (shown at Stonehenge in England) has gained acclaim for her Old World expertise as the narrator of a video series called “The Black Death: The World’s Most Devastating Plague.” 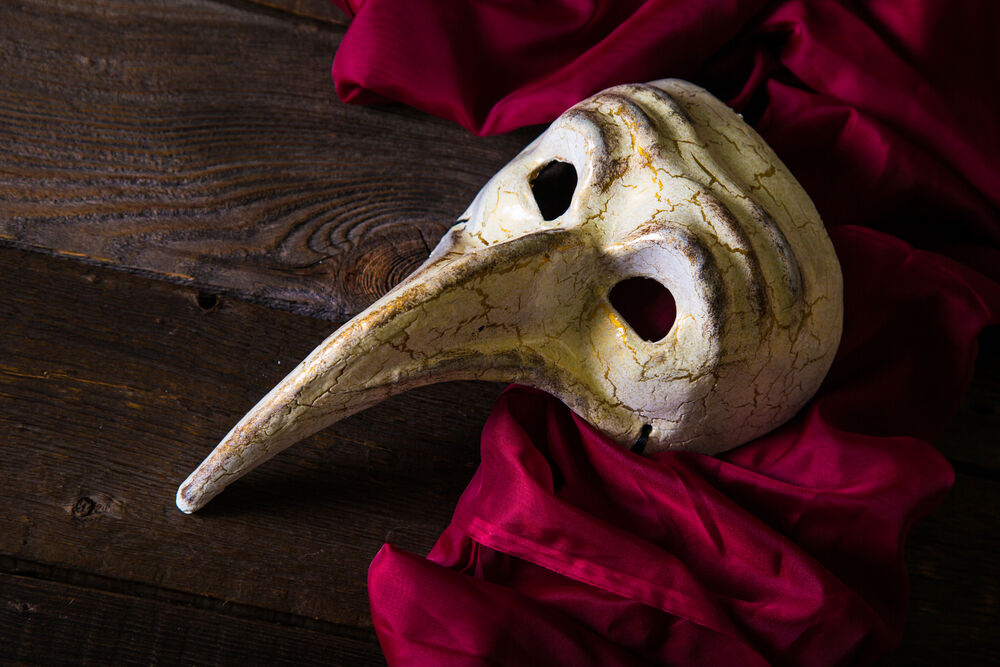 Replica of a plague mask worn by doctors. 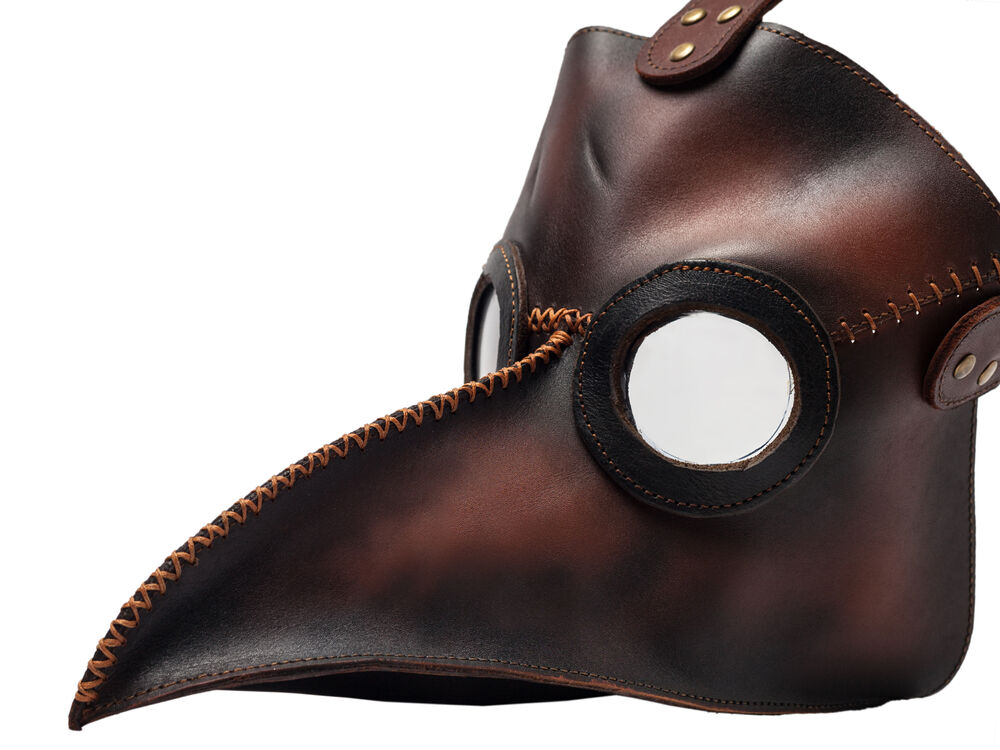 Replica of a plague mask worn by a doctor treating patients with the Black Death.

Since the start of the coronavirus pandemic, Dorsey Armstrong (shown at Stonehenge in England) has gained acclaim for her Old World expertise as the narrator of a video series called “The Black Death: The World’s Most Devastating Plague.”

Replica of a plague mask worn by doctors.

Replica of a plague mask worn by a doctor treating patients with the Black Death.

Before COVID-19, Purdue University English professor Dorsey Armstrong was well known in a way that only other enthusiasts of medieval literature and culture might appreciate.

That is to say, she once got a discount on a replica of an Anglo-Saxon drinking horn — made from an actual cattle horn — because a guy at a conference recognized her.

“That’s the only time I felt famous,” said Armstrong, an expert in medieval studies who heads the English department at Purdue in Indiana. “I got a really cool drinking horn. And whenever I teach ‘Beowulf,’ I bring it out and I pass it around.”

But since the start of the pandemic, Armstrong, 49, has gained a whole new level of acclaim for her Old World expertise. She’s the narrator of “The Black Death: The World’s Most Devastating Plague,” a video series that became must-see TV this spring when it aired on Amazon Prime, just as stuck-at-home 21st-century humans were reeling from the coronavirus crisis.

In 24 surprisingly compelling episodes, Armstrong introduced the devastation of the mid-14th century to doom-obsessed modern viewers. The flea-driven plague, also known as the “Great Mortality,” overran Eurasia and North Africa from 1347 to 1353, killing tens of millions of people and wiping out half of Europe’s population.

The series was filmed before the coronavirus pandemic, in 2016, as part of The Great Courses, a compendium of college-level audio and video lectures. But “The Black Death” has spurred a broad cult following for Armstrong — even as it underscores the dismaying parallels between the great plague and the deadly disease now circling the globe.

“I just wish that the course were not quite so relevant at the moment,” said Armstrong, whose parents and siblings are among those who have contracted COVID-19 and recovered.

Since March, she has received a stream of daily emails from people who binge-watched “The Black Death,” all wanting to know whether things are as bad now as they were back then.

The answer, thankfully, is no, Armstrong said. Though COVID-19 has infected more than 14.5 million people and killed at least 600,000 worldwide, the proportion of deaths doesn’t compare with the devastation caused by the “Great Mortality.”

The ferocious pandemic was dubbed the bubonic plague, reflecting the painful and (at the time) mysterious swellings, known as buboes, that developed in the lymph nodes of the neck, armpits and groin of those infected. The swellings oozed blood and pus, even as the unfortunate patients suffered other terrible symptoms: fever, chills, body aches, vomiting and diarrhea — often followed quickly by death.

As Armstrong notes, the disease could take other grisly forms: pneumonic plague, which infects the lungs, and septicemic plague, where the infection spreads to the blood, often causing skin on the fingers, toes and nose to blacken and die.

The Black Death originated in China and spread along trade routes, turning the Silk Road into a superhighway of infection. It arrived in many places via trading ships, long believed to be carried by the fleas on rats that coexisted closely with humans. A more recent theory contends that fleas and lice on humans themselves helped spread the disease widely. As deaths mounted, populations in region after region struggled vainly to understand its cause or cure.

“The good news is that, all things considered, we are in a much better position than those poor people who had to survive the Black Death,” Armstrong said. “The mortality rate for the Black Death, for those who contracted it, was something like 80%. And we’re still in single digits.”

The modern world also has the advantage of seven centuries of scientific discovery that can root the current pandemic in a rogue coronavirus and target a treatment — and ultimately a cure — based on that understanding.

By contrast, humans suffering through the Black Death blamed an unfavorable conjunction of planets, “bad air,” earthquakes and God’s wrath. It wasn’t until 1894 that Swiss scientist Alexandre Yersin discovered the bacillus that caused the plague: Yersinia pestis, named in his honor.

“During the Black Death, what was really terrifying about that is they really had no idea at all what it was,” Armstrong said. “They had no good science to help them figure out how to cope with it.”

Still, there are some unsettling similarities between societal responses to the plague and COVID-19. In both cases, some officials tried to downplay the severity of the outbreak and the far-reaching economic and social effects. In Florence, Italy, for instance, members of the elite ruling class, decimated by the plague, faced a rebellion from the newly powerful working class, Armstrong said.

Many people, from ordinary peasants to local religious leaders, took the plague seriously and tried to carry out their normal duties. Clergy members were called to the homes of the ill to provide last rites, often contracting the disease in the process. Others, however, ignored the calamity, turning to hedonism and debauchery, “figuring that if they were going to die, they might as well enjoy themselves,” Armstrong said.

“What I would say is that people are the same then as now,” Armstrong observed. “Humans, when they’re together in a large group, often do dumb things. And it’s frustrating that so many people don’t seem to be learning lessons from the past.”

Amazon Prime officials wouldn’t say how many people have viewed the series since March. But Cale Pritchett, vice president of marketing for The Great Courses, said tens of thousands of viewers have watched the show each month for the past four years. “It has been a constant in our top 10,” he said. “For a while, it was No. 1.”

If there’s one strong parallel between the Black Death and the current pandemic, it’s the social upheaval spurred by both, Armstrong said. The 14th-century plague upended the rigid social structure of the era, which had confined people to narrow roles of clergy, nobility and peasant.

“Humanity came back after that,” said Armstrong. “And some people would argue that it was that external pressure that changed society so radically that gave us eventually things like the Renaissance and the Protestant Reformation that all have their roots in that major event.”

Perhaps current protests and calls for political, economic and social change may also have lasting impact.

“My hope is that we get something good out of this,” Armstrong said.

Kaiser Health News (KHN) is a national health policy news service. It is an editorially independent program of the Henry J. Kaiser Family Foundation which is not affiliated with Kaiser Permanente.

"During the Black Death, what was really terrifying about that is they really had no idea at all what it was. They had no good science to help them figure out how to cope with it."— professor Dorsey Armstrong whose TV series has a cult following

"I just wish that the course were not quite so relevant at the moment." —professor Dorsey Armstrong, an expert on the Black Death, whose parents and siblings are among those who have contracted COVID-19 and recovered.

"Humans, when they're together in a large group, often do dumb things. And it's frustrating that so many people don't seem to be learning lessons from the past."--professor Dorsey Armstrong on how some people react to a crisis.