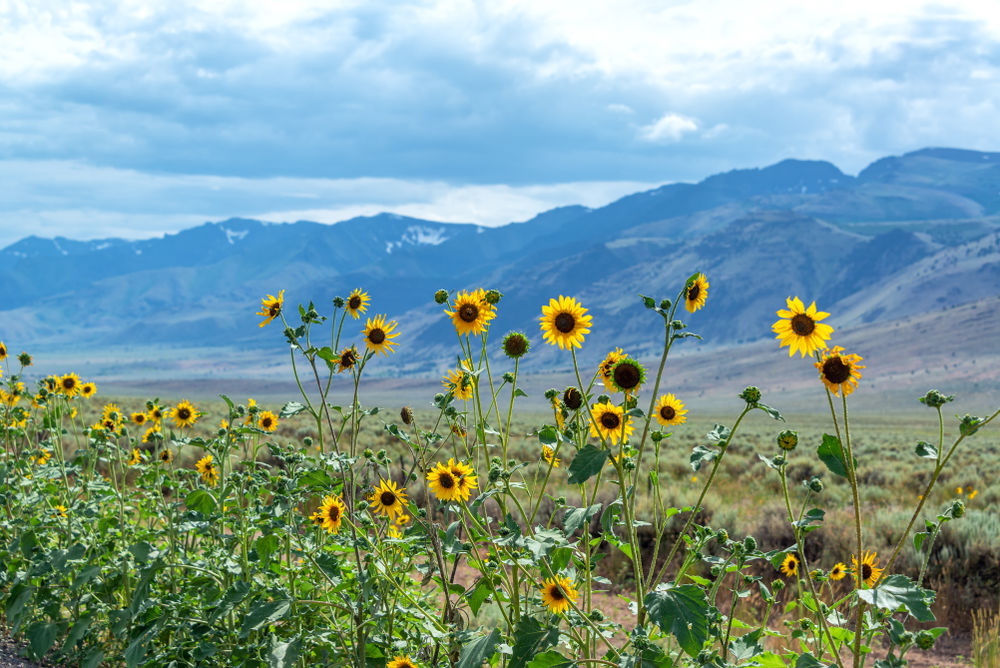 Yellow wildflowers with the Steens Mountain Range in the background in southeast Oregon. 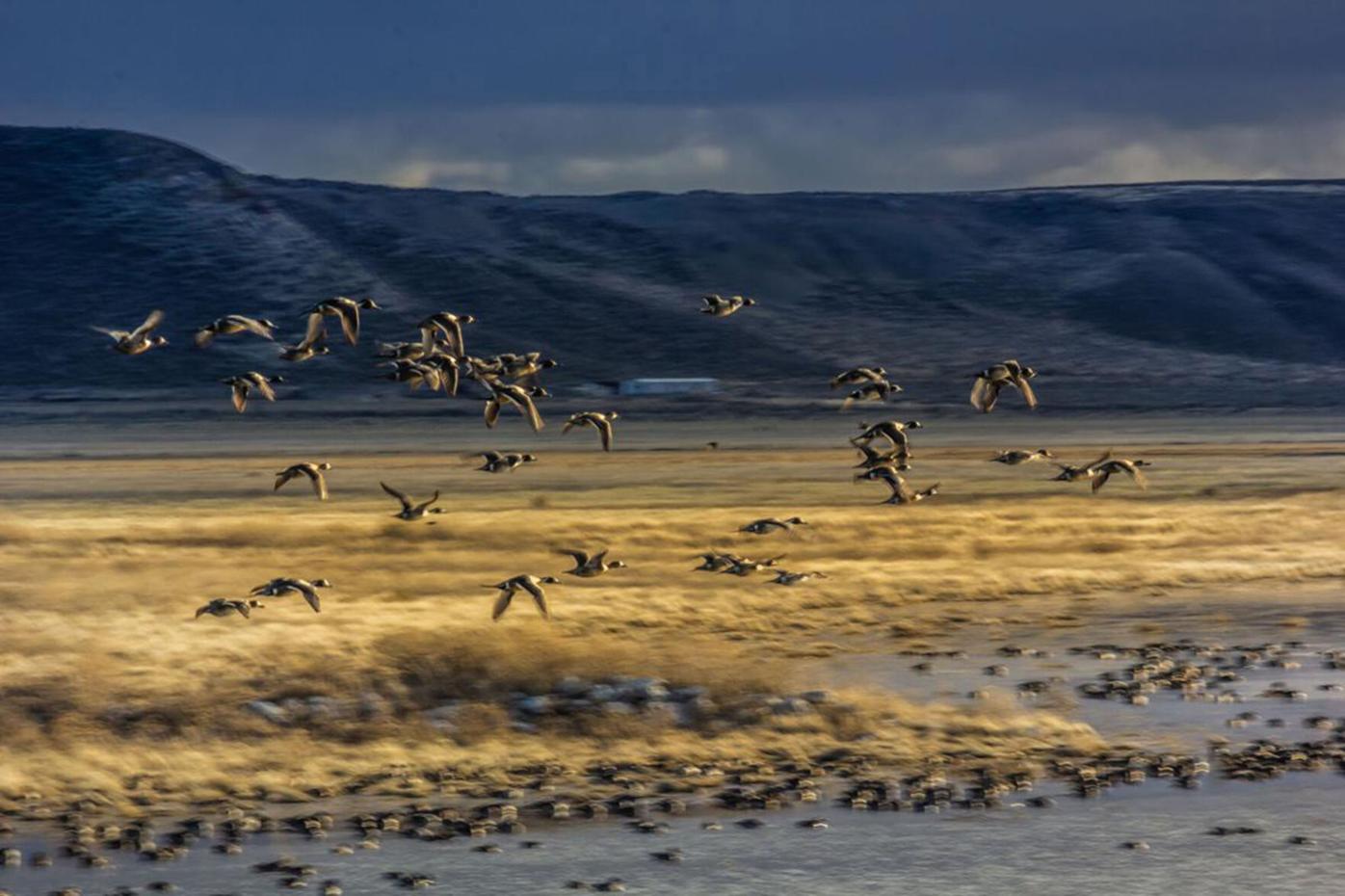 A flock of northern pintails fly over Mud Lake at Malheur National Wildlife Refuge in March 2020. 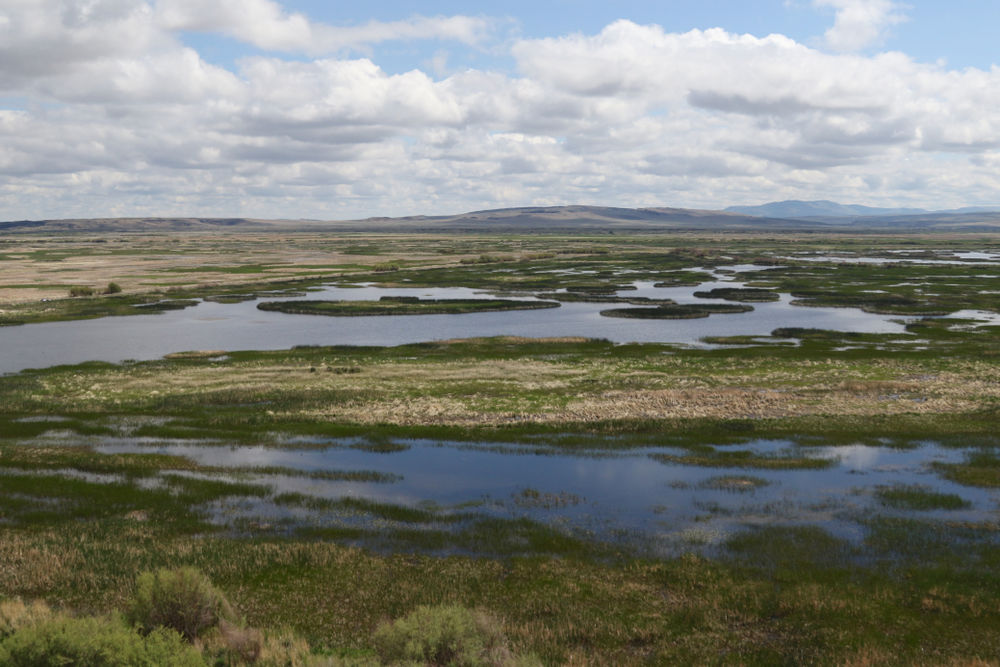 Buena Vista Ponds from the Overlook at Malheur National Wildlife Refuge in Oregon. 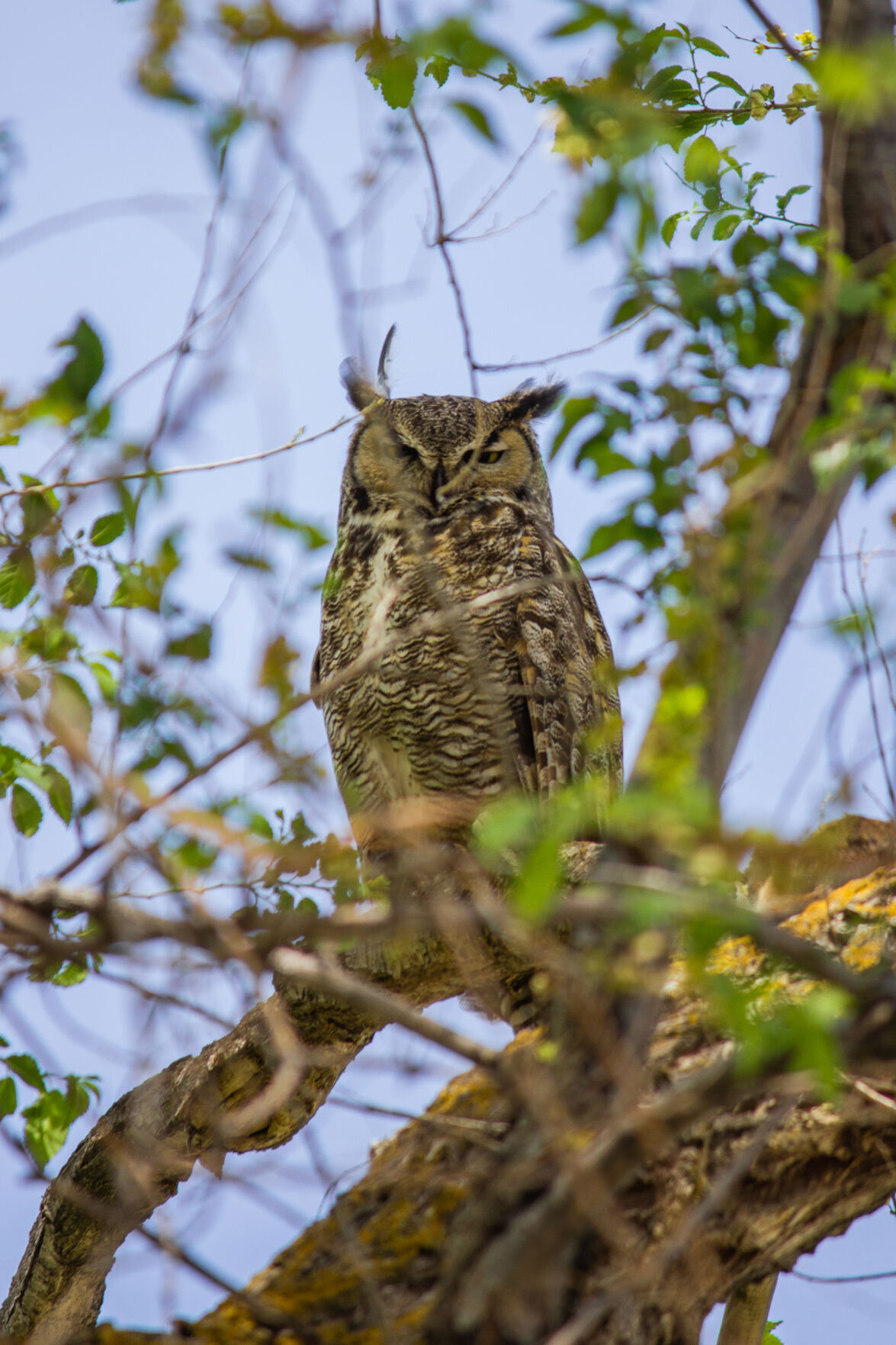 A great horned owl perches in a tree at the refuge headquarters of Malheur National Wildlife Refuge. 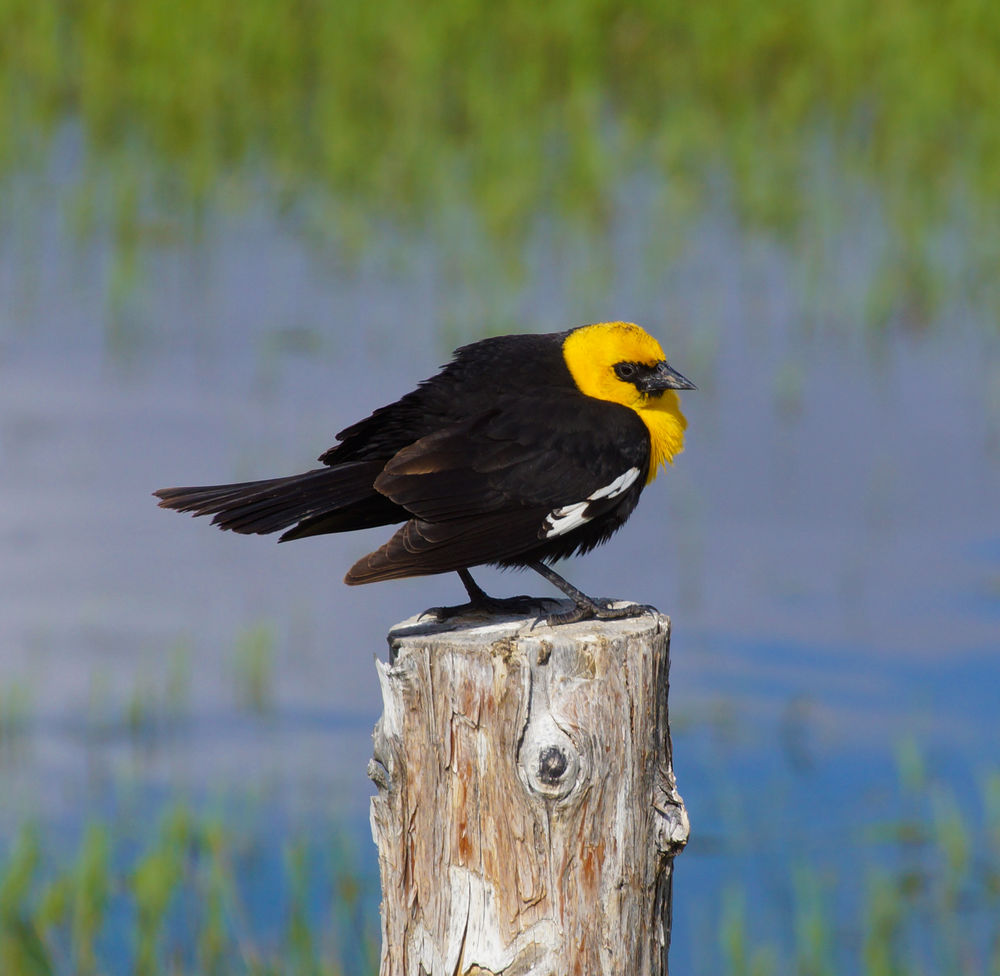 Yellow-headed blackbird at Malheur National Wildlife Refuge. In addition to the blackbirds, feeders spread throughout the headquarters’ boundaries attract songbirds like evening grosbeaks and Bullock’s orioles. 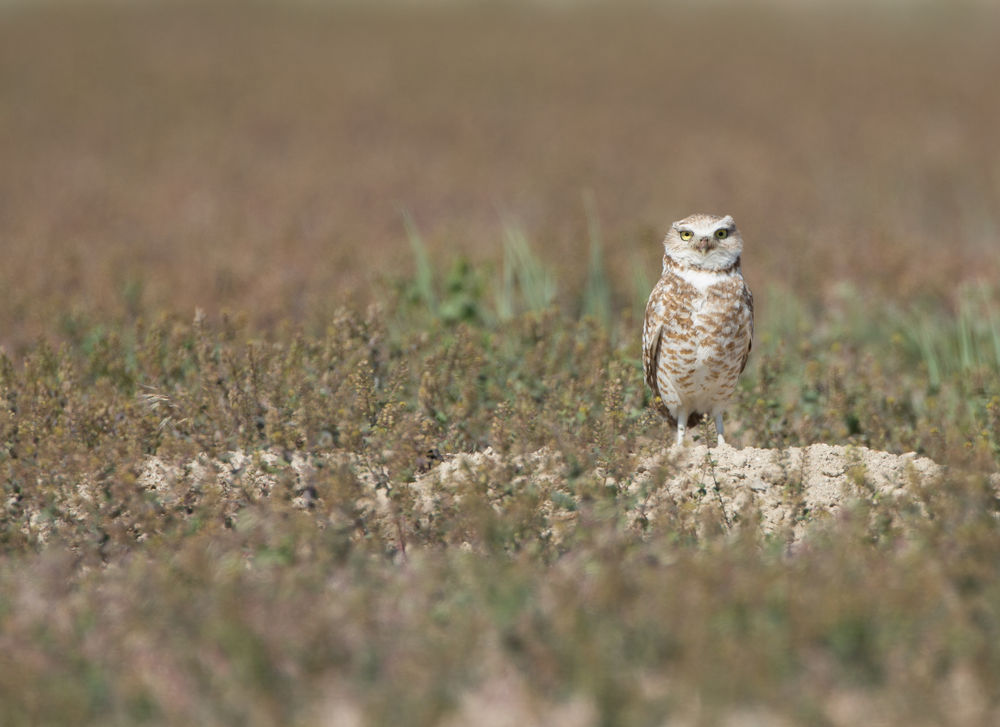 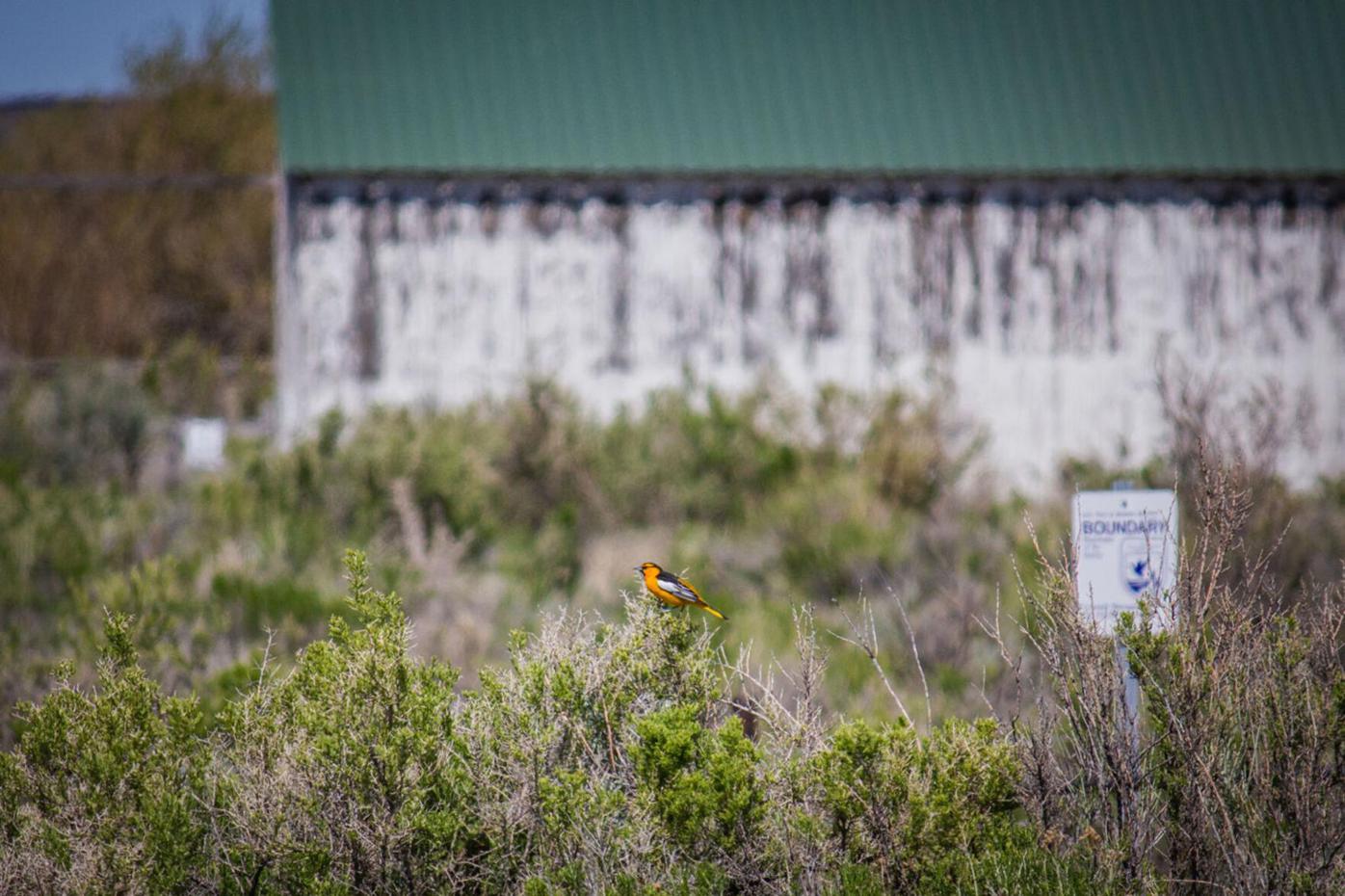 Yellow wildflowers with the Steens Mountain Range in the background in southeast Oregon.

A flock of northern pintails fly over Mud Lake at Malheur National Wildlife Refuge in March 2020.

Buena Vista Ponds from the Overlook at Malheur National Wildlife Refuge in Oregon.

A great horned owl perches in a tree at the refuge headquarters of Malheur National Wildlife Refuge.

Yellow-headed blackbird at Malheur National Wildlife Refuge. In addition to the blackbirds, feeders spread throughout the headquarters’ boundaries attract songbirds like evening grosbeaks and Bullock’s orioles.

At a time when most of our travel probably will be done by car, the Malheur National Wildlife Refuge in Oregon may be a place to put on your list.

Perched on the northernmost corner of the Great Basin, the arid region is vast and sprawling across the southwest United States, which could leave one with images of desolation and silence. Not here. Life flies, crawls, hops, slithers, swims and bounds through nearly every foot of the 188,000-acre area which is a migratory home for hundreds of birds along the Pacific Flyway, the western travel corridor for North America’s roving birds.

The refuge 32 miles south of Burns is such a popular stopover for some species that their numbers can exceed 10% of their entire regional population and sometimes reach 77% of it within the Great Basin alone.

While, at the time of writing, some of the facilities remain closed due to coronavirus concerns, the lands and outdoor spaces are open to explore for birders, hikers, fishermen and adventurers alike. As long as you do so safely.

To see the refuge fully, you’ll need a car. Areas to view wildlife are abundant but spread throughout the massive amount of acreage.

The T-shaped boundaries of the refuge extend east-west over Malheur and Harney lakes to the north and down a narrower corridor to the small town of Frenchglen along the Donner und Blitzen River (not named for the reindeer).

The westernmost point of the refuge is called the Double-O following, fittingly, the Double-O Road while skirting the edge of Harney Lake. This is a good spot during the summer to catch shore and marsh birds feeding in the mudflats of the lakebed.

Harney Lake lies due west of Mud Lake and it’s larger neighbor Malheur Lake, which are split during low water levels. On occasions of extremely high snowmelt, Malheur, Mud and Harney lakes all converge into one, making Malheur Lake the largest in the state.

Center Patrol Road traverses nearly the entire length of the refuge. A long, mostly straight gravel road, it follows willow and reed-covered plains while crossing creeks and the Blitzen River several times along the way.

The 49-mile road also borders several ponds that host a good array of birds in the spring.

Most of the ponds have short walking trails around them, giving birders the chance to stretch their legs and observe the winged residents up close.

For more insight about the land, biodiversity and history along the road, the nonprofit group Friends of Malheur have created an auto tour with 19 stops highlighting the area along the road. A brochure of the tour can be found on the refuge’s website, at the Refuge Headquarters or you can access the audio version on Spotify (its recommend you download the tracks as cell phone reception is spotty).

The Refuge Headquarters is the best place to start out on your own journey of discovery. The lush grass fields, towering cottonwoods and small pond bordered with tule reeds offer most varieties of feathered creatures big and small a place to land for a while.

The main headquarters building is small and open regularly Monday through Thursday with weekends staffed by volunteers happy to answer questions.

The campus also houses the Nature Store, run by the Friends of Malheur and the George Benson Memorial Museum, which features historic taxidermy mounts of birds found throughout the refuge. The specimens come mostly from the game warden and “refuge protector” (his preferred term of office) the museum is named for.

Walking around the area gives birders a great variety of species to check off their lists. Looking up in trees, you can hear sparrow songs, warblers and other songbirds. You may even spot a great horned owl gazing down on you.

The pond hosts a variety of waterfowl, in fact most bodies around the refuge can be seen with all kinds of ducks and geese floating around the waters in male-female pairs. Cinnamon teals, canvasbacks, mergansers and pintails are common in the waters at the Narrows and the ponds dotting Blitzen River valley.

The parklike grounds are also home to Belding’s ground squirrels and, if you visit in spring, trees will be covered in honey, bumble and other varieties of pollinating bees.

On a recent visit, there were so many buzzing around one recently flowered tree that the droll humming could be heard from 50 feet away.

All the water in the area comes from snowmelt on the Steens Mountain to the south and the Blue Mountains in the north, making water levels in the refuge dependent on the year’s snowpack.

This year, the waters are not as high as they have been, as indicated in the large swaths of dry, reeded areas, but there are still some places that continue to hold water, providing vital habitat for nesting birds like the white-faced ibis and sandhill cranes that can be seen walking through the tall reeds and on flooded planes looking for food.

But it’s not just for the birds.

Fishing along the Donner und Blitzen River has been recognized by anglers as one of the best places in the state for native red-band trout. The river is catch and release only for trout and is closed below Bridge Creek from Aug.1 through Sept. 15. See the Oregon Sport Fishing Regulations for 2020 for more information.

For birders, hikers and fishermen, it offers sights and sounds of over 300 species of wildlife, spectacular views of the Blitzen River Valley, the Steens Mountain and stunning geologic topography.

Friends of Malheur along with other organizations have even made it possible for people who cannot travel to the refuge during the pandemic to visit the refuge through virtual tours and videos as more birds fly in along their annual journey.