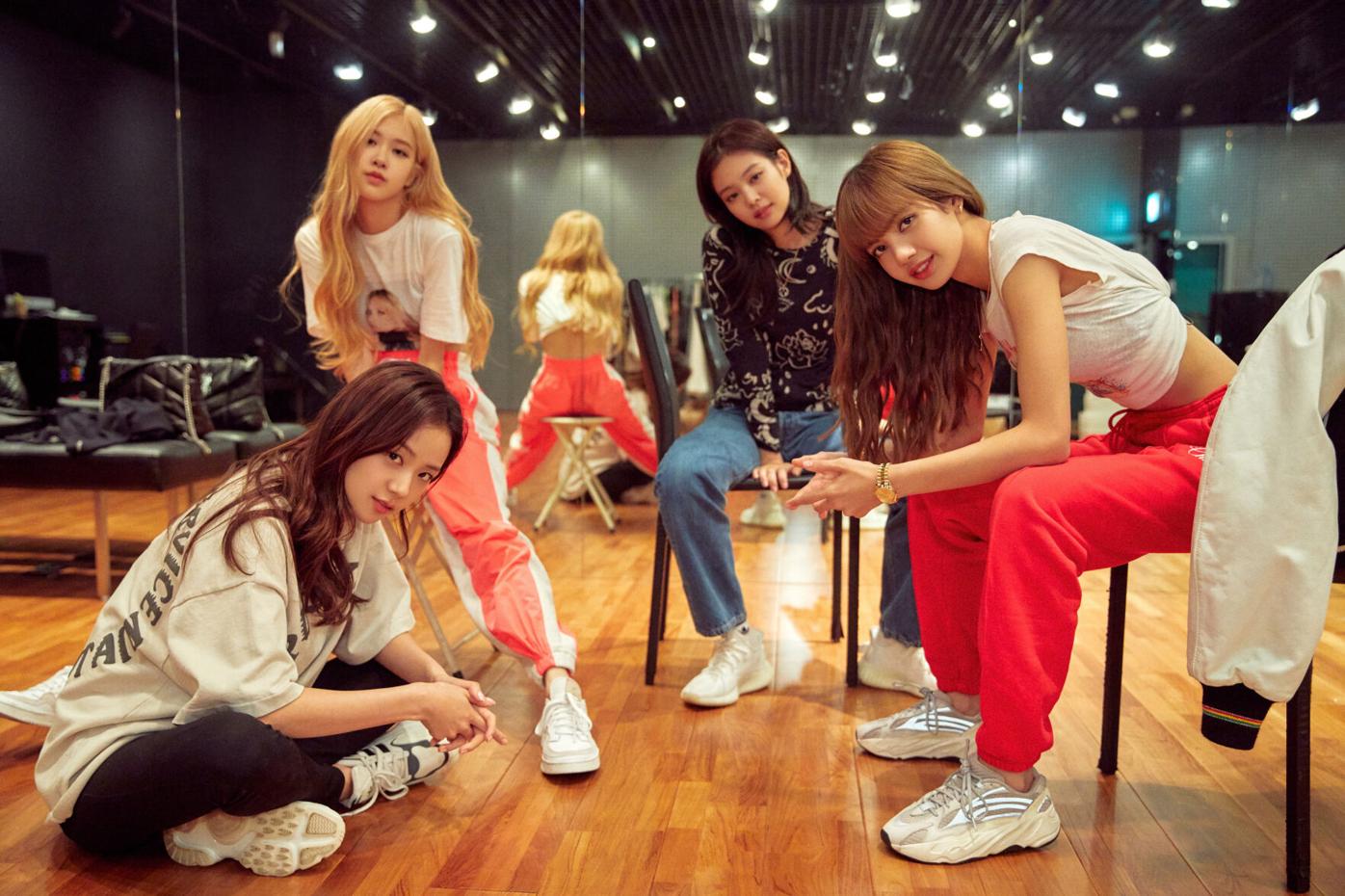 Blackpink’s Jisoo, clockwise from bottom left, Rose, Jennie and Lisa in “Light Up the Sky.” 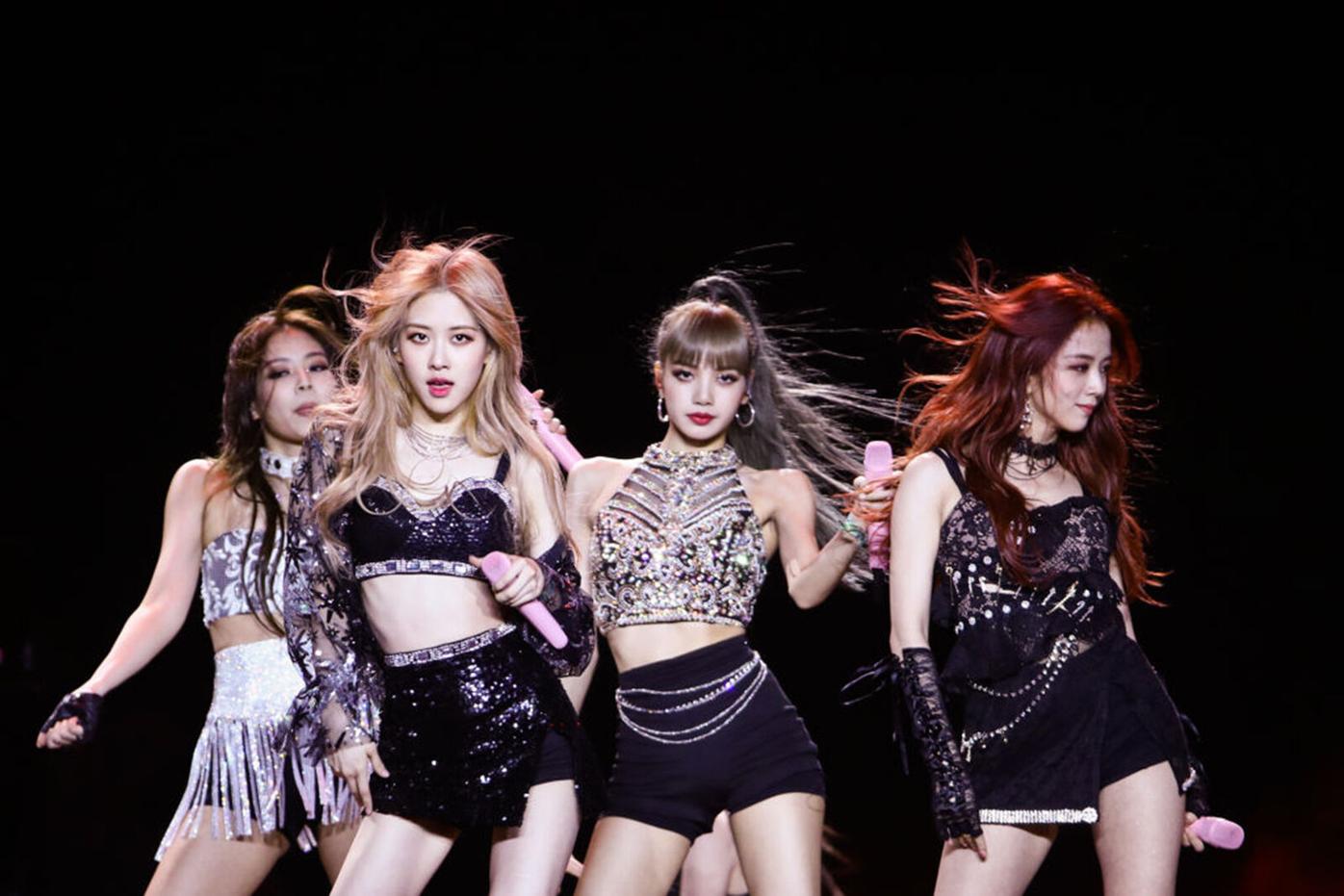 Blackpink perform at the Sahara Tent during the Coachella Valley Music And Arts Festival on April 19, 2019 in Indio, California.

Blackpink’s Jisoo, clockwise from bottom left, Rose, Jennie and Lisa in “Light Up the Sky.”

Blackpink perform at the Sahara Tent during the Coachella Valley Music And Arts Festival on April 19, 2019 in Indio, California.

Blackpink’s debut album hasn’t even been out for two weeks, and already the members of this K-pop girl group have the end in mind.

In fact, Jennie, Jisoo, Rose and Lisa were pondering their own obsolescence more than a year ago, as we learn in “Light Up the Sky,” a new Netflix documentary about the quartet.

Directed by Caroline Suh (who previously helmed Netflix’s hit adaptation of Samin Nosrat’s cookbook “Salt Fat Acid Heat”), “Light Up the Sky” climaxes with Blackpink’s rapturously received performance at Coachella in 2019, where it became the first Korean girl group to play at the annual desert mega-festival.

Suh follows the women, all in their mid-20s, as they rehearse for the closely watched gig; she’s there as they huddle excitedly backstage seconds before showtime. And she checks in with them afterward, when Lisa tells her, “It doesn’t matter if we grow old and get replaced by a new younger generation ... because they will still remember how we shone so bright.”

Kind of bleak for a group whose first LP just entered the Billboard 200 at No. 2.

And yet Suh’s film makes you sympathetic to Lisa’s Darwinian perspective. Even in a tidy 79 minutes, “Light Up the Sky” provides a revealing look at the ultra-competitive K-pop industry, in which girl groups and boy bands are assembled by veteran talent-spotters and put through an intense, boarding-school-like training regimen that makes their American equivalents look lazy and unfocused.

In interviews the women recall missing out on typical teenage rituals and longing to see their families; in archival footage we see them perfect their singing and dancing over time as they perform for rows of stony-faced executives. One clever recurring bit shows the members together in a movie theater as they analyze each of their audition tapes as though they were old game film.

“I used to do a lot of dark and strong songs,” Jennie says as she watches herself perform a rendition of the Weeknd’s “The Hills,” complete with an F-bomb unimaginable in Blackpink’s repertoire. “So I often wonder, ‘What am I doing right now?’”

Like everything the group does, “Light Up the Sky” was produced with the cooperation of Blackpink’s powerful record label, YG Entertainment; among the documentary’s executive producers is YG’s chief executive. So to an extent what we’re seeing here, as always in pop, is a marketing effort; even the occasional moment of regret is framed as an indication of how seriously Blackpink’s members take their jobs.

But the movie feels truer than many other similarly conceived pop-star docs (such as Justin Bieber’s YouTube series “Seasons,” for instance), and that’s thanks in no small part to how compelling the women are in their confessional-style interviews.

“Light Up the Sky” has its share of scenes set in frenzied shopping malls and dimly lighted recording studios — fly-on-the-wall moments that demonstrate the scale of the group’s success and allow fans to feel like they’re being let behind the curtain. At one point they sit with their producer, Teddy Park, as he plays them the finished version of a song they recorded with Lady Gaga, and their gratified yet coolly professional reaction says plenty about how quickly Blackpink has ascended since debuting in 2016.

The film is most convincing, though, when Suh settles in across from her subjects and lets them talk into the camera about their experiences with homesickness, body image and the pressure to keep delivering. (Jennie and Rose, who were raised partly in New Zealand and Australia, respectively, speak fluent English; Jisoo’s and Lisa’s interviews are subtitled.)

Given the slickly impersonal attitude that defines K-pop’s public presentation, the intimacy would be surprising from any of Blackpink’s peers. But it’s especially remarkable in this case because Blackpink’s vaguely phrased empowerment anthems are among the genre’s most opaque. Here you get a clear sense of each member’s personality — all but impossible to find on this month’s “The Album” — and of how the four relate to one another.

What does it mean that Blackpink seems more interesting in a documentary than in the music that led to the doc’s creation? Perhaps it’s the strategy for survival the women know they’ll need.

The film is most convincing when director Caroline Suh lets her subjects talk into the camera about their experiences with homesickness, body image and the pressure to keep delivering.