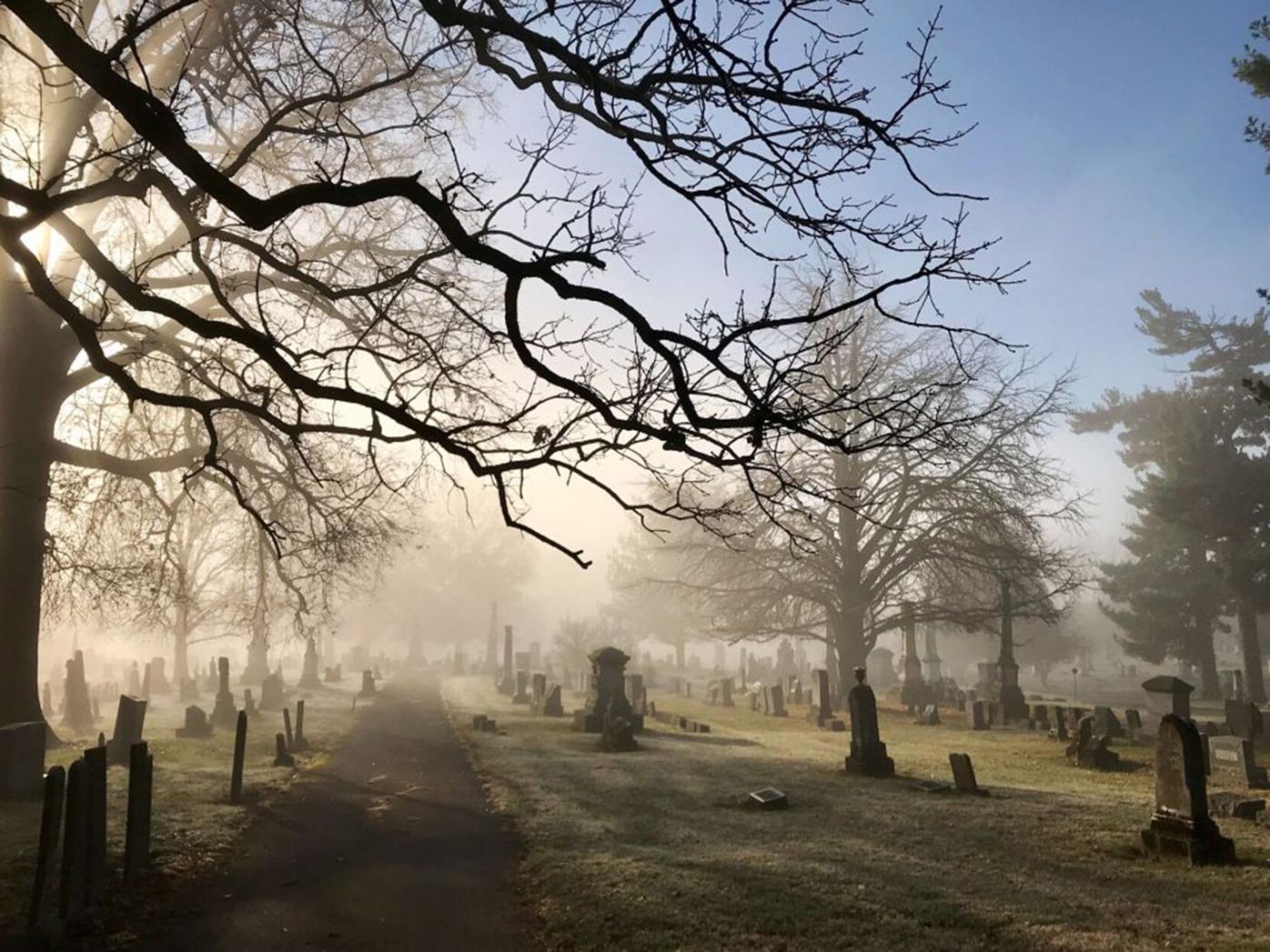 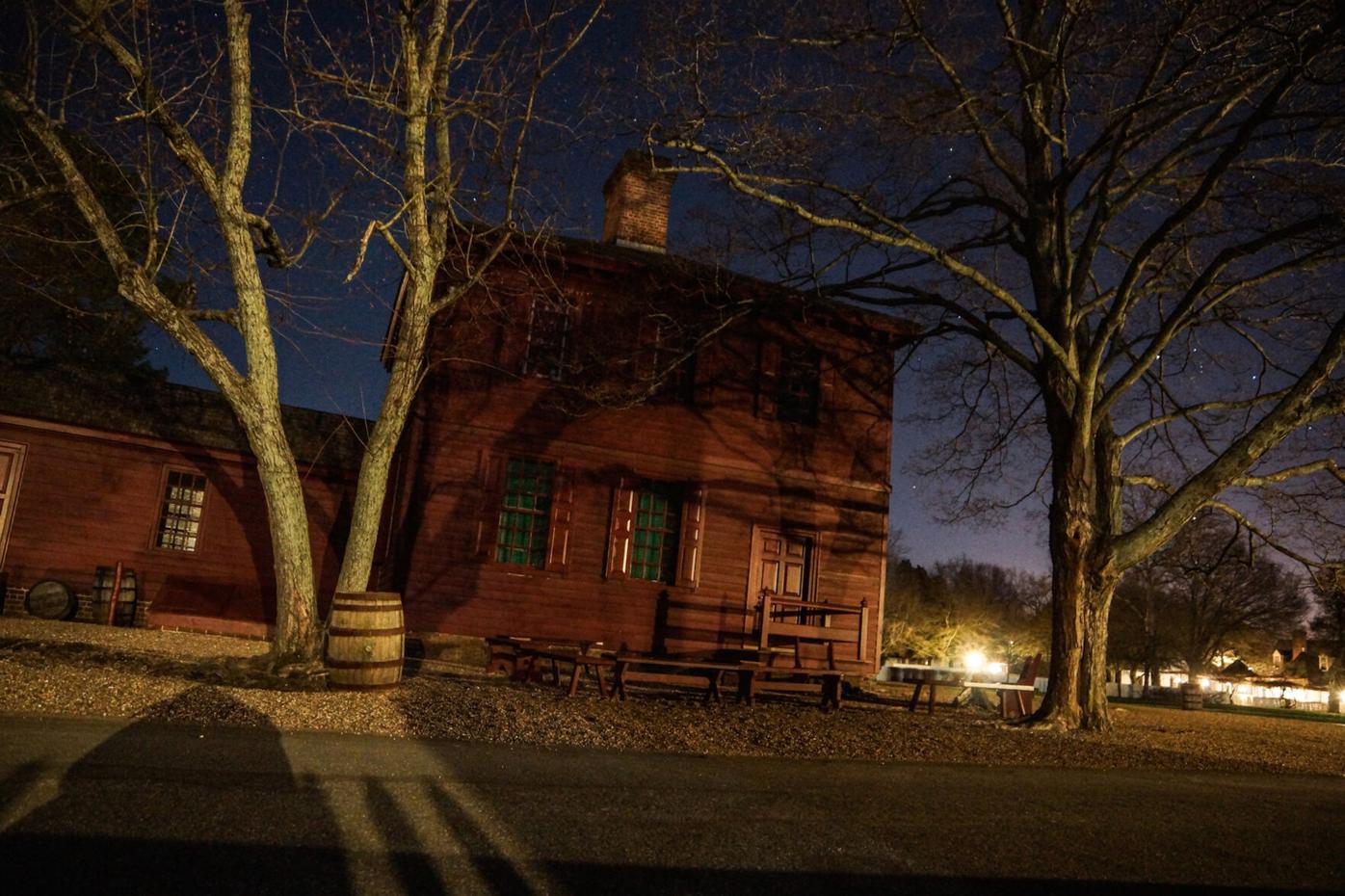 Peyton Randolph House in Williamsburg, Virginia,considered one of the most haunted homes on the East Coast. 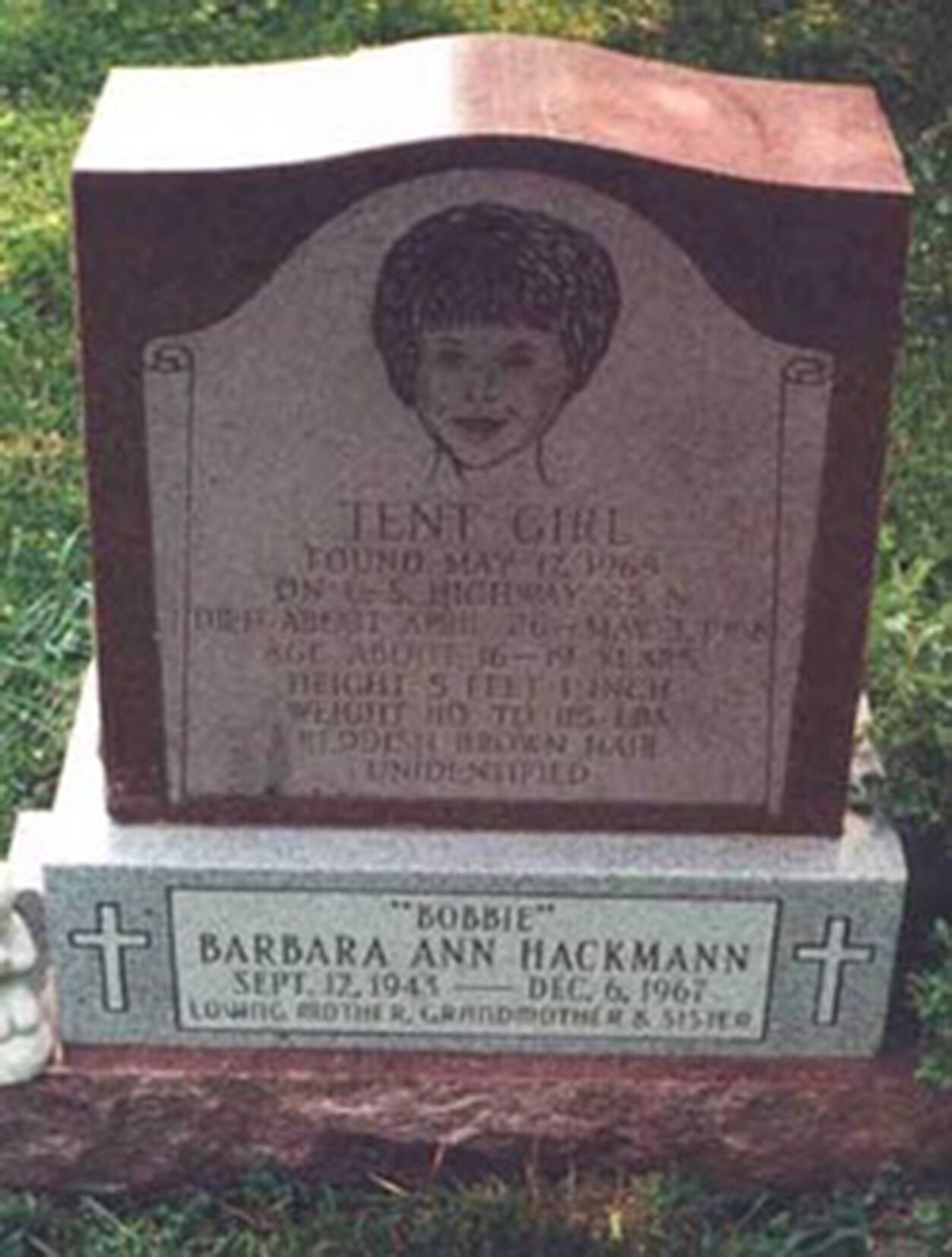 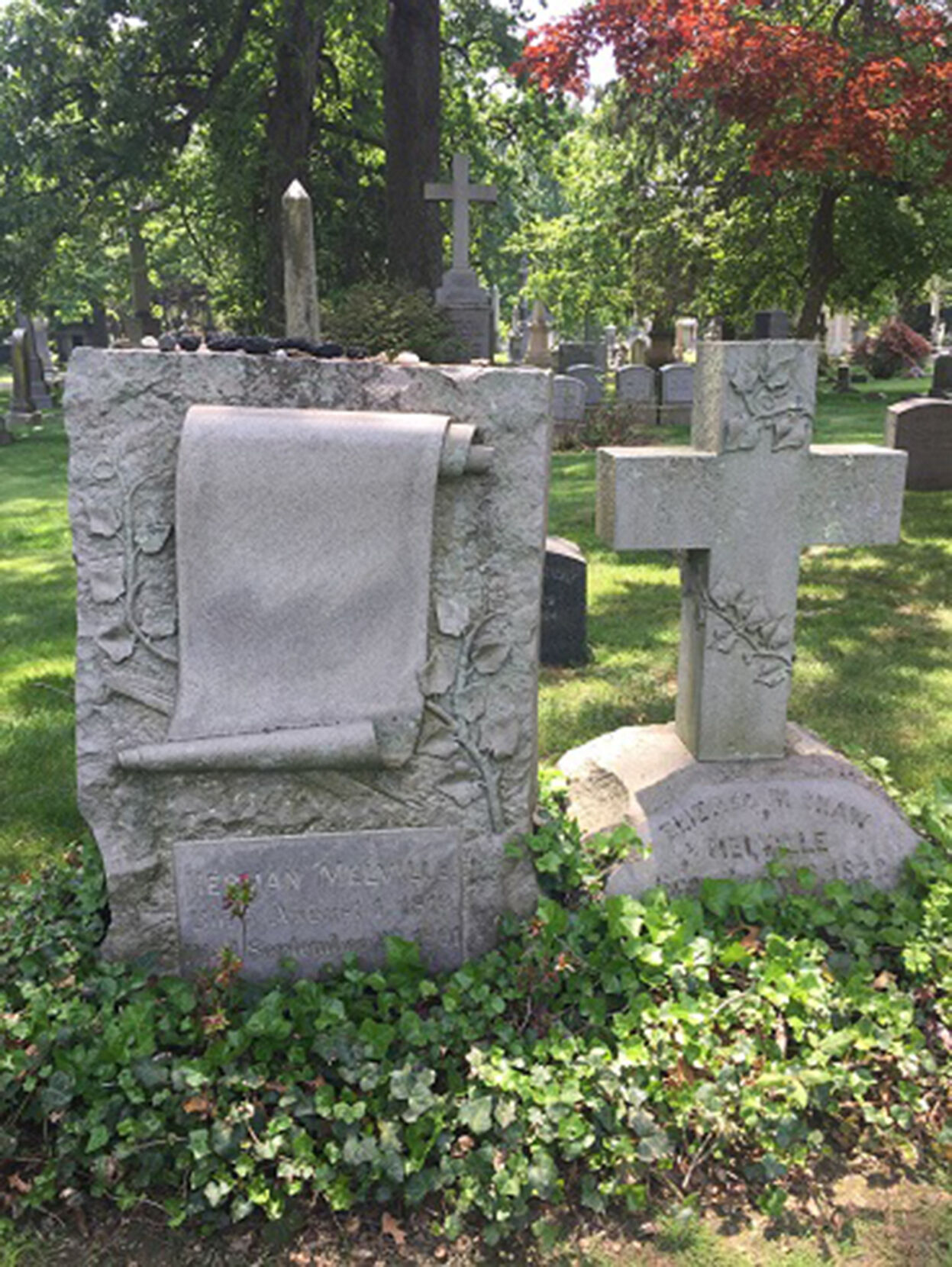 Melville’s confounding tombstone at Woodlawn Cemetery, New York. It is adorned with a blank scroll, a seeming anomaly for the wordy writer whose masterpiece comes in at a hefty 206,052 words. 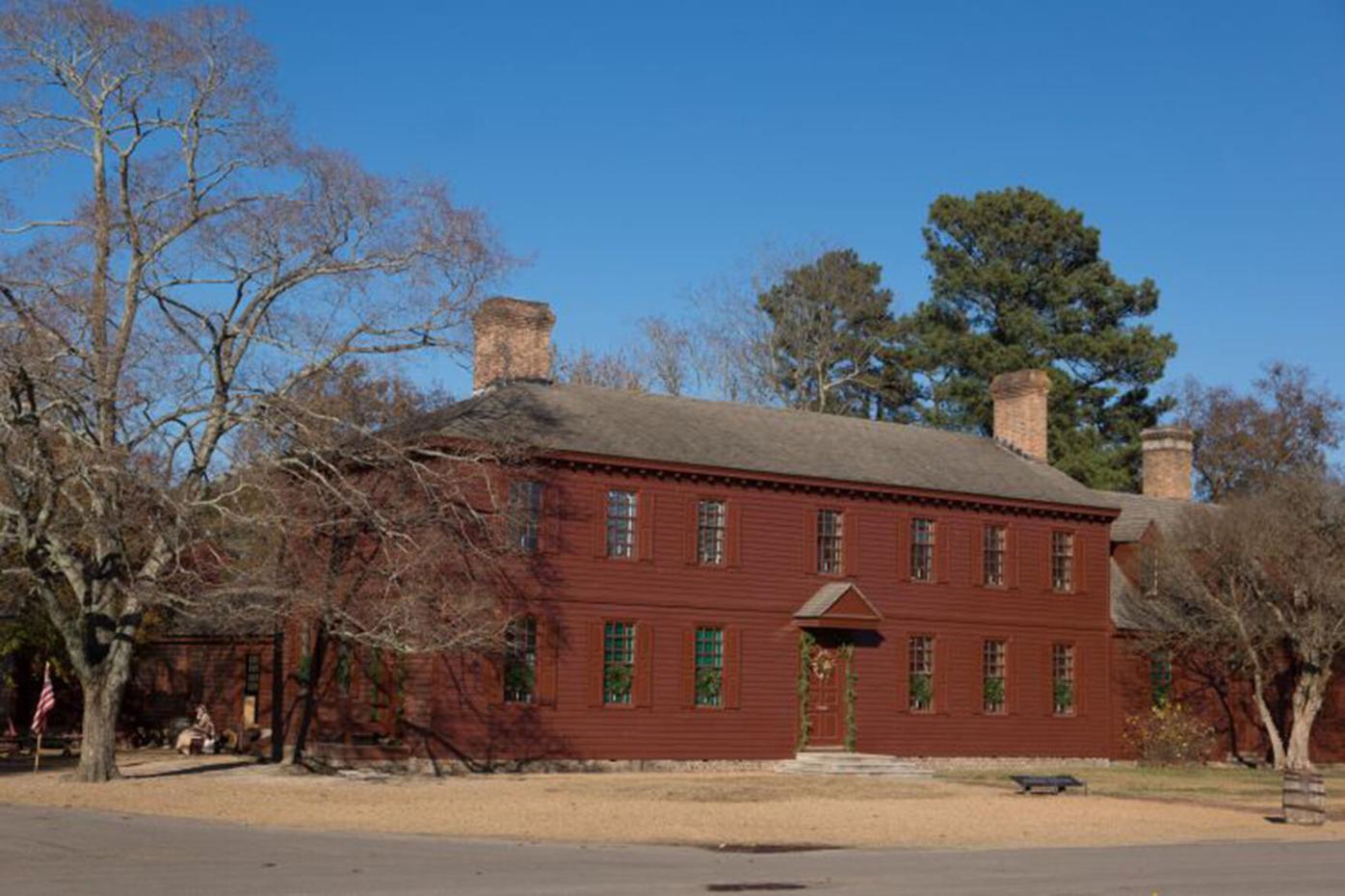 Learn more about the Forgotten Graves of Williamsburg, the Native American burial sites, on a Colonial Ghosts tour. 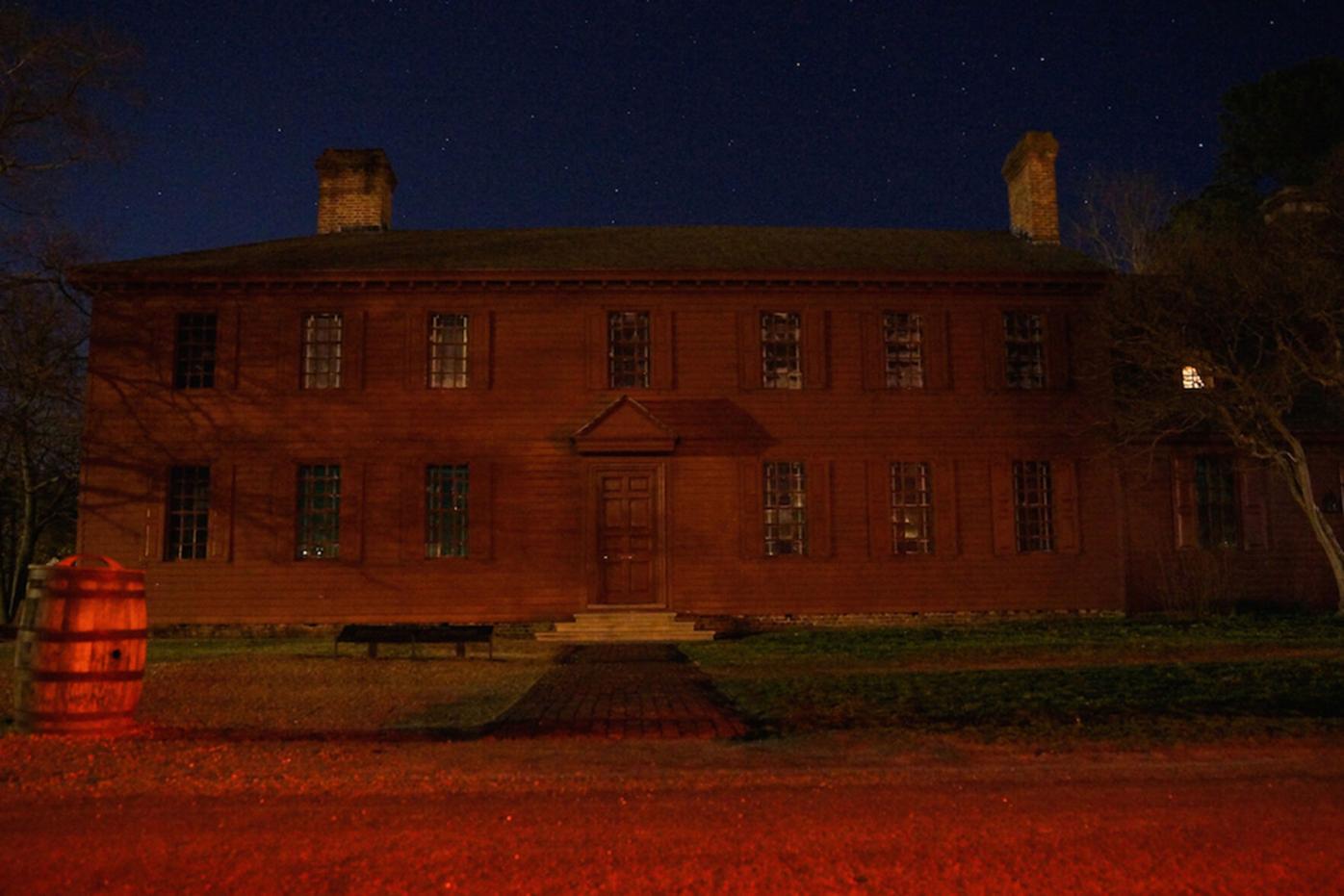 Peyton Randolph House in Williamsburg, Virginia, is considered one of the most haunted homes on the East Coast. 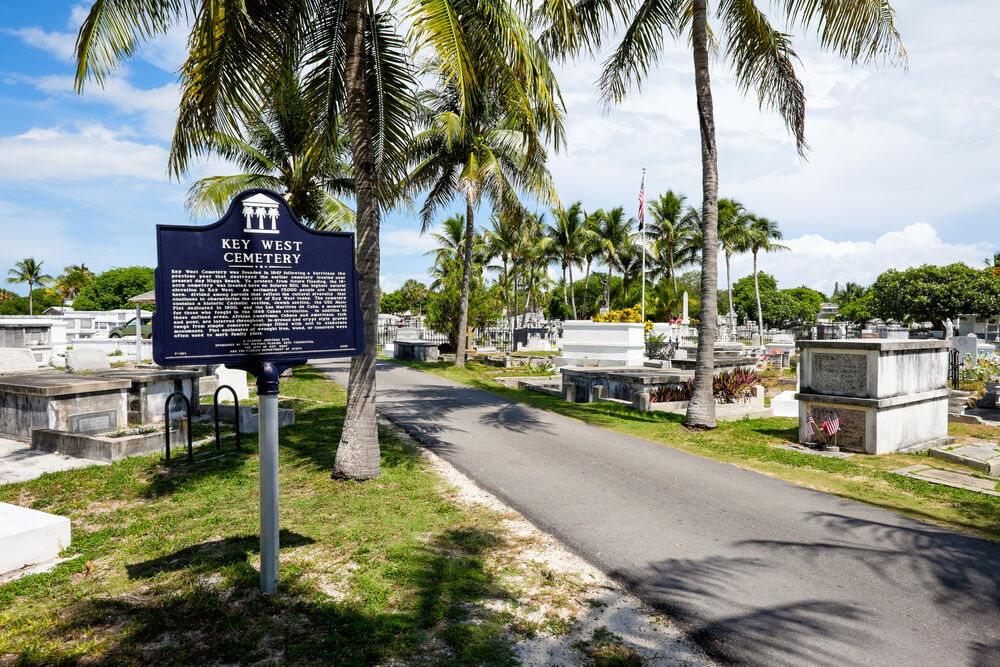 The Key West Cemetery in the Historic District was founded in 1847.

Learn more about the Forgotten Graves of Williamsburg, the Native American burial sites, on a Colonial Ghosts tour.

Peyton Randolph House in Williamsburg, Virginia, is considered one of the most haunted homes on the East Coast.

The Key West Cemetery in the Historic District was founded in 1847.

"Show me your cemeteries and I will tell you what kind of people you have."

For some secrets, even being buried beneath six feet of earth isn't enough to keep them hidden away forever. For others, their gravestones and gravesites spawn years of conjecture and theories. Unearth the mysteries at these cemeteries:

The Peyton Randolph House and the Forgotten Graves of Williamsburg, Virginia.

From Yorktown National Cemetery to Cedar Grove Cemetery to the Bruton Parish Church cemetery, there are many famous cemeteries in the Williamsburg area. The most interesting ones, however, are those gravesites cloaking the past in mystery and rumored to be the causes of some of the most terrifying hauntings in Williamsburg.

Case in point: The Peyton Randolph House – considered one of the most haunted homes on the East Coast – is among haunted hotspots to see a ghost in the graveyard. And it's all due to the forgotten Native American burial sites.

"The Native American burial sites of Powhatan natives were not moved," said Jill Pongonis of Visit Williamsburg. "They were destroyed. While the actual gravesites of the infamous Chief Powhatan and his famous daughter, Pocahontas, cannot be verified to have been buried near or under the site of the Peyton Randolph House, many historical accounts and statements taken from former residents of the property show that there was once an abundance of artifacts and remains.

"Beneath this house is the tunnel for the colonial parkway" she added.

The graves were originally discovered in 1938 and were destroyed when the National Parkway Tunnel was built in 1940.

"We believe that this is a most credible explanation to the hauntings in the Peyton Randolph House," said Pongoni. "The many strange deaths and occurrences in the house over the past 300 years only serve to compound the activity likely caused by the disturbed forgotten graves of Williamsburg – the Native American Powhatan burial sites on Randolph House grounds.

It may surprise lovers of literature that Herman Melville's "Moby Dick" was not only disregarded by critics when it was published in 1851 (at the time entitled "The Whale", it was largely ignored. Astonishingly, only 3,000 copies sold during Melville's lifetime; the book brought him neither fame nor fortune. The author died 40 years later, in 1891, and was buried at Woodlawn Cemetery in the Bronx, New York.

Melville is in good company at Woodlawn, once considered "America's most prestigious cemetery for men and women of accomplishment" and today an outdoor museum that hosts more than 100,000 visitors annually. Here, too, are journalist Nelly Bly, reformer Elizabeth Cady Stanton, musician Irving Berlin, poet Dorothy Parker, Joseph Pulitzer and W.C. Handy – the Father of the Blues – among other luminaries.

Melville's tombstone, at Plot Catalpa, Section 23, is adorned with a blank scroll, a seeming anomaly for the wordy writer whose masterpiece comes in at a hefty 206,052 words.

Melville's intended meaning behind the scroll has perplexed visitors for decades. Is it a joke? The author's way to get back at the world for not seeing the literary merit of "Moby Dick" during his lifetime? Was it intentionally left that way to symbolize, as many believe, a blank canvas and creativity?

Learn more: Woodlawn offers a number of ways to experience the cemetery, including self-guided tours and a series of guided tours and events.  For more information about the author and his works, visit www.melvillesociety.org.

For nearly 30 years, this mysterious grave marker in Section W-4 at the Georgetown Cemetery raised more questions than it answered:

What happened: A young mother was murdered in the spring of 1968. The prime suspect? Her husband, George Earl Taylor, a carnival worker. A man named Wilbur Riddle found the remains, but both murderer and manner of death remain unsolved for decades.

Fast forward to 1998 when a perfect storm of relentless detective work (by Riddle's son-in-law, Todd Matthews), the dawning of the Internet age and DNA testing led to a positive ID. The remains were those of Barbara Ann "Bobbie" Hackmann-Taylor. At the time she went missing, George told Bobbie's family she had left him for another man.

Today, there is a second tombstone that was erected by Hackmann's family. It bears Bobbie's birth name (but omits her married name), her nickname, date of birth, presumed date of death and the inscription, "Loving Mother, Grandmother & Sister."

"The many strange deaths and occurrences in the house over the past 300 years only serve to compound the activity likely caused by the disturbed forgotten graves of Williamsburg." — Jill Pongonis of Visit Williamsburg regarding the Peyton Randolph House

From Civil War soldiers to Latin American dictators, the famous and the forgotten share sacred spaces in Florida, where historic graveyards double as outdoor museums, connecting us to the state’s colorful past.

And, yes, a few notorious ghosts reportedly haunt some headstones.

1. Apalachicola’s Chestnut Street Cemetery: Known as “The Old City Cemetery,” it’s the oldest burying ground in this salty town along Apalachicola Bay, about 75 miles southwest of Tallahassee. There are at least 79 Confederate veterans and seven Union veterans from the Civil War buried among the 540 marked graves, along with victims of yellow fever and shipwrecks. Also interred are some of Apalachicola's colonial founders.

Who’s buried there: Famed botanist Dr. Alvin Wentworth Chapman, who died in 1899. Also look for the Hull family plot, where Confederate soldiers lie next to two Union soldiers – a permanent reminder of the brother-against-brother nature of the Civil War.

2. Miami’s Woodlawn Park Cemetery: Established in 1913, this sprawling, 68-acre burial place for more than 60,000 people is one of the oldest cemeteries in Miami. (It’s also a bird sanctuary.) Along with many of the city’s prominent pioneer families, it contains the oldest Jewish cemetery in Miami-Dade County, as well as South Florida’s oldest Greek, Chinese, Cuban, Roman Catholic and Masonic burial sections.

3. St. Augustine’s Huguenot Cemetery: Created in 1821 for the burial of non-Catholics and yellow fever victims, the 436-plot cemetery is marked by a wrought-iron gate and surrounded by large trees and wispy Spanish moss. Across from the historic City Gate, it was closed in 1884 to stem the spread of disease. It opens to the public on the third Saturday of every month.

Who’s buried there: “Heretic" Manuel Crespo, a Catholic Mason whose gravestone is marked distinctly with a sign. One of the famous “ghosts” of the cemetery is Judge John B. Stickney, who supposedly roams the grounds looking for his gold teeth, swiped out of his head by grave robbers as his children were preparing to move his remains to a plot in Washington, D.C. Also otherworldly: The Girl in White, a 14-year-old corpse dressed in a white dress who was reportedly left dead at the cemetery gates and never claimed. Visitors have reported seeing her spirit standing on top of the city gates after midnight.

Cemetery tours: Friends of the Huguenot Cemetery sometimes schedule tours. Several companies in the city also include the graveyard on their tours, including Ghost Tours of St. Augustine, www.ghosttoursofstaugustine.net.

4. Tallahassee’s Greenwood Cemetery: When a 1936 ordinance prevented the sale of burial plots to blacks in the Old City Cemetery, J.R.D. Laster, Tallahassee’s first black funeral director, led a group to purchase 16 acres and establish Greenwood Cemetery in 1937. The City of Tallahassee now owns the historic cemetery. It's listed in the National Register of Historic Places.

Who’s buried there: Maxwell Courtney, the first black person to attend and graduate from Florida State University, and Willie Galimore, three-time All-American running back for Florida A&M University’s football team and player for the NFL’s Chicago Bears. (His heart-shaped gravestone sports a carved stone football on the top.)

5. Key West Cemetery: The 100,000 people buried in this 19-acre graveyard outnumber Key West’s current population. The cemetery is on high ground in the center of town. It was established at its current location 10 feet above sea leavel, in 1847 after a hurricane washed dead bodies out of another cemetery closer to the coast.  It is known for its above-ground graves, which accommodate more bodies.

Who’s buried there: 1921 lynching victim Manual Cabeza, who was tarred and feathered by the Ku Klux Klan for having a relationship with a mixed-race woman. There’s also the real “Sloppy Joe,” Joe Russell (1889-1941), who was Ernest Hemingway’s fishing guide and a famous Key West bartender. A popular stop is B.P. “Pearl” Roberts’ stone, famously inscribed, “I told you I was sick.”