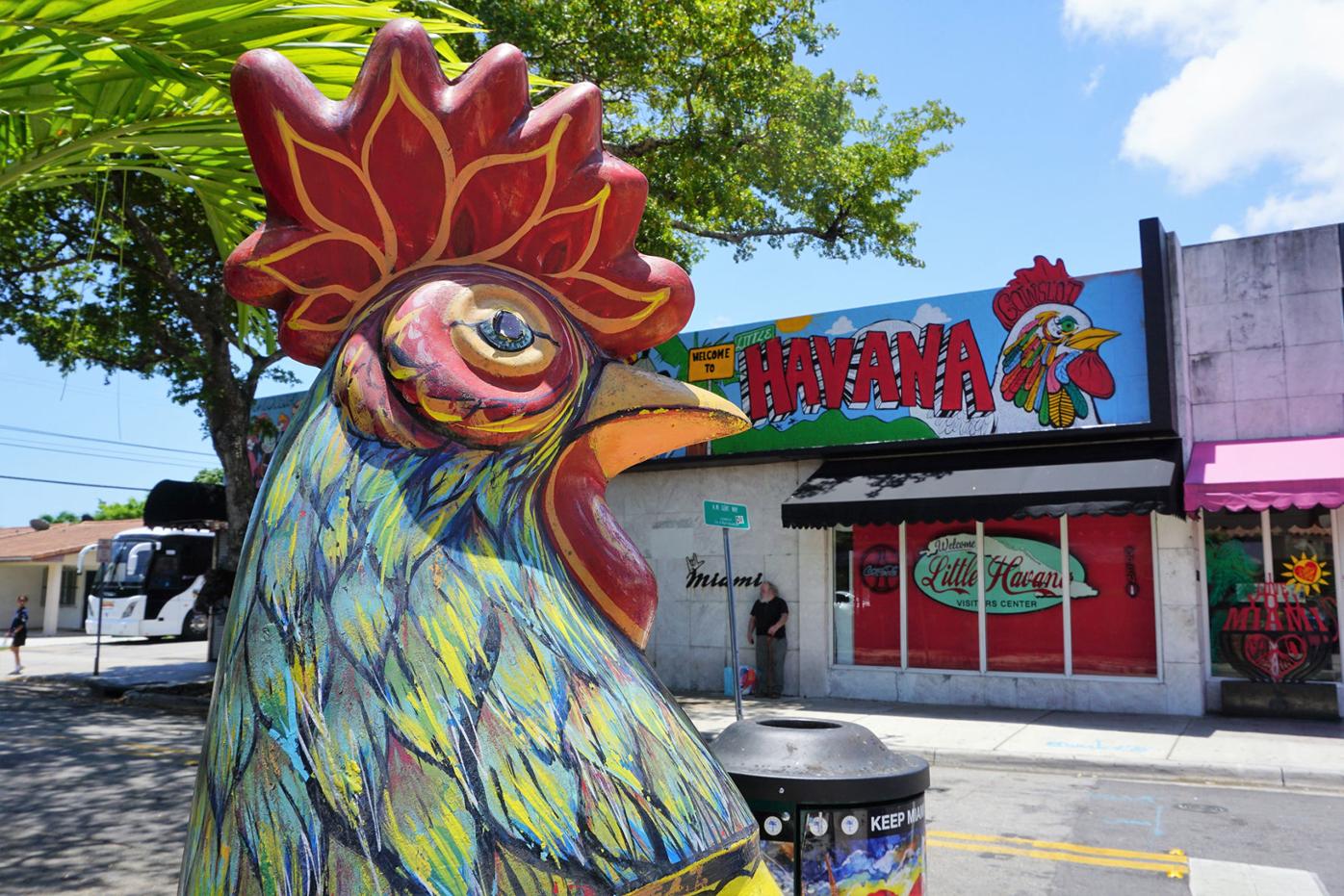 Little Havana is nothing if not colorful. 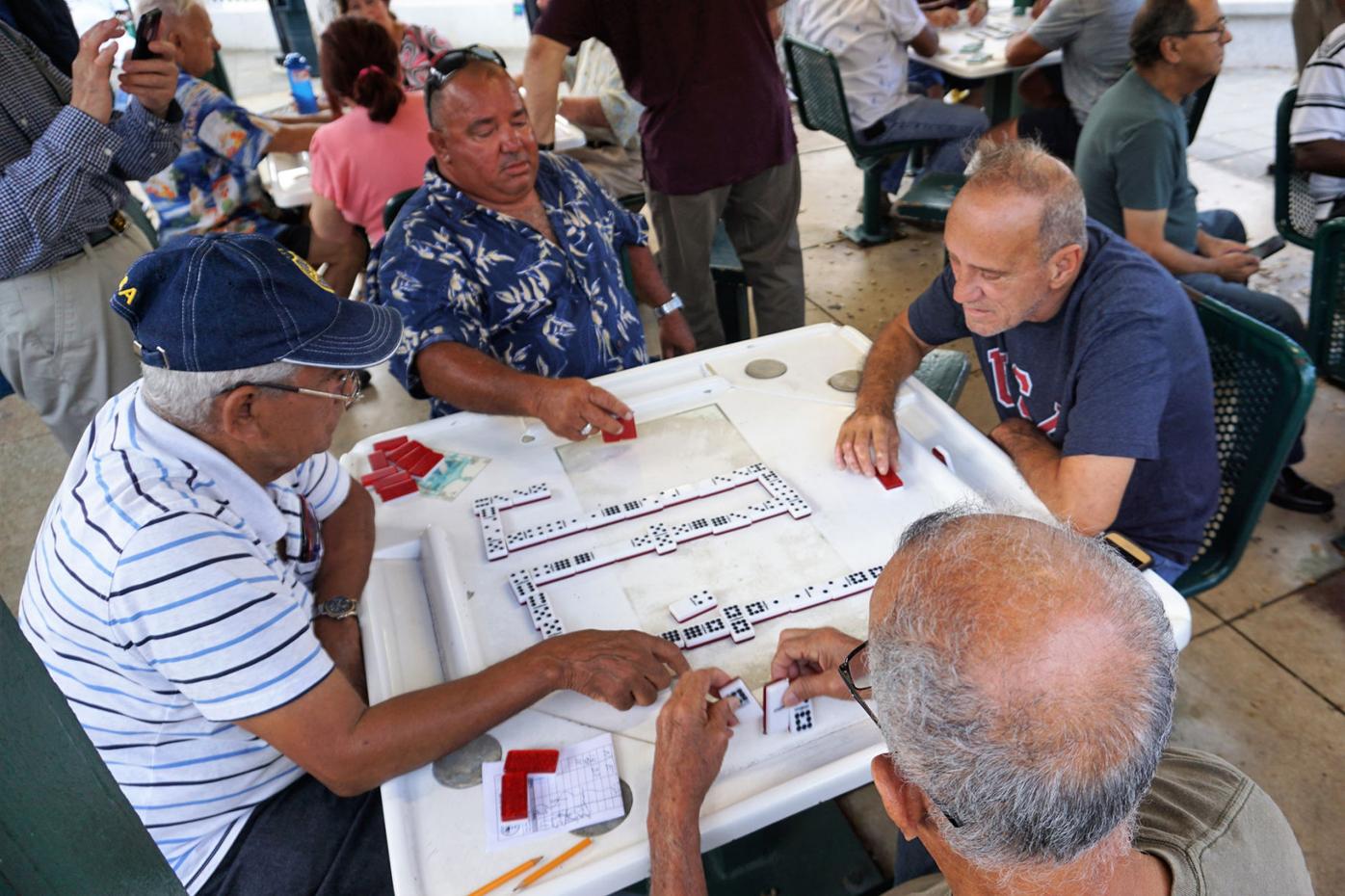 Little Havana is nothing if not colorful.

Carmen Torres was 16 years old when she arrived in Miami. She and her seven siblings were some of the 14,000 children evacuated from Cuba to the United States between 1960 and 1962 under Operation Pedro Pan, or, Operation Peter Pan.

Because of the growing tensions in Cuba, parents feared the Fidel Castro-led Cuban government would implement a Marxist-Leninist indoctrination of their children. To protect them, they sent their children to the U.S. — not knowing if and when they would see them again.

The efforts were spearheaded by the Catholic Welfare Bureau (Catholic Charities) in Miami and led by Monsignor Bryan O. Walsh, considered to be the Father of the Exodus. Under President Dwight D. Eisenhower’s administration, funds were authorized to care for the children who were dispersed in more than 100 cities in 35 states and the U.S. State Department waived visas for children in 1961. The Cuban Missile Crisis in Oct. 1962 shut down commercial flights from the U.S. into Cuba and ended Operation Pedro Pan.

Carmen and her siblings reunited with their parents two years after arriving in the United States. Today, she and her son Jorge run Miami’s oldest costume shop, La Casa de Los Trucos (The House of Costumes) on Calle Ocho (8th Street) in Miami’s Little Havana neighborhood.

Walking down Calle Ocho, I fell into the rhythm of Cuban and Latin culture. I heard samba and other Latin-fused music drift out of bars and restaurants and onto the sidewalks. Brightly colored wall art and mosaics are sprinkled up and down Calle Ocho. Colorful rooster statues serve as selfie stations. And the air smelled of a combination of cigars, espresso and roasted chicken.

Several tour operators offer guided walking tours of Little Havana. I booked mine with Urban Adventures, which specialize in tours by locals in more than 150 cities around the globe. My guide was Cuban-native Zarelys Diaz Valls, who has been in the United States for several years.

The two-hour walking tour was packed with people, sights, scents and sounds to tell the neighborhood’s history and culture. Highlights include learning and watching the cigar-making process. Cuban cigars are illegal in the U.S. due to the trade embargo. Seeds from Cuban tobacco plants are sent to other countries, such as Nicaragua, where they grow the tobacco, then harvest the leaves and send them to the U.S. to be rolled into cigars. Indirectly, they are legal Cuban cigars.

I watched Guillermina Hernandez press papaya and watermelon to create a refreshing juice at Los Pinareños Fruteri. With her husband and brother, she purchased the open-air fruit stand in1968 and today, her son Pedro “Pete” Hernandez is now involved in the operation. They sell tropical fruit and fresh fruit juices, including coco frio. This is popular with tourists who enjoy sipping the water out of a green coconut through a straw.

Other flavors enjoyed included a cup of café Cubano, an empanada, guava and cheese pastelito, and a mojito at the famous Ball & Chain bar and lounge. Jazz legends Count Basie, Chet Baker, and Billie Holiday performed here back in the day when Little Havana was Miami’s Jewish community.

One of the most fascinating stops was Maximo Gomez Park, aka Domino Park. Only members can play dominoes or chess, and they must follow the rules. These include no drinking, smoking or shouting. Doing so will result in a suspension of two to four weeks. Visitors are permitted to watch. When you visit, listen to the clacking of the dominoes being shuffled. The City of Miami park is open daily 9 a.m. to 6 p.m.

If you cannot get to Cuba soon, Miami’s Little Havana, specifically Calle Ocho, is a good substitute. Whether you book a tour or visit on your own, bring an inquisitive and open mind and enrich your visit by speaking with the locals. And bring dancing shoes in case the rhythm gets ya.

Advance reservations required. If you book a tour, you will easily find a restaurant or two to enjoy lunch or dinner. The meeting location is 1465 SW 8th Street, Suite #106, Miami.

Where to Sip a Mojito

Parking in most of Miami is challenging. Around the Calle Ocho area, most of the parking is pay by phone or pay by app.

Jennifer A. Huber is just your average 40-something-year-old gal living life solo and writing about her travels on her blog, SoloTravelGirl.com. Listen to her adventures near and far on the award-winning Solo Travel Girl podcast.