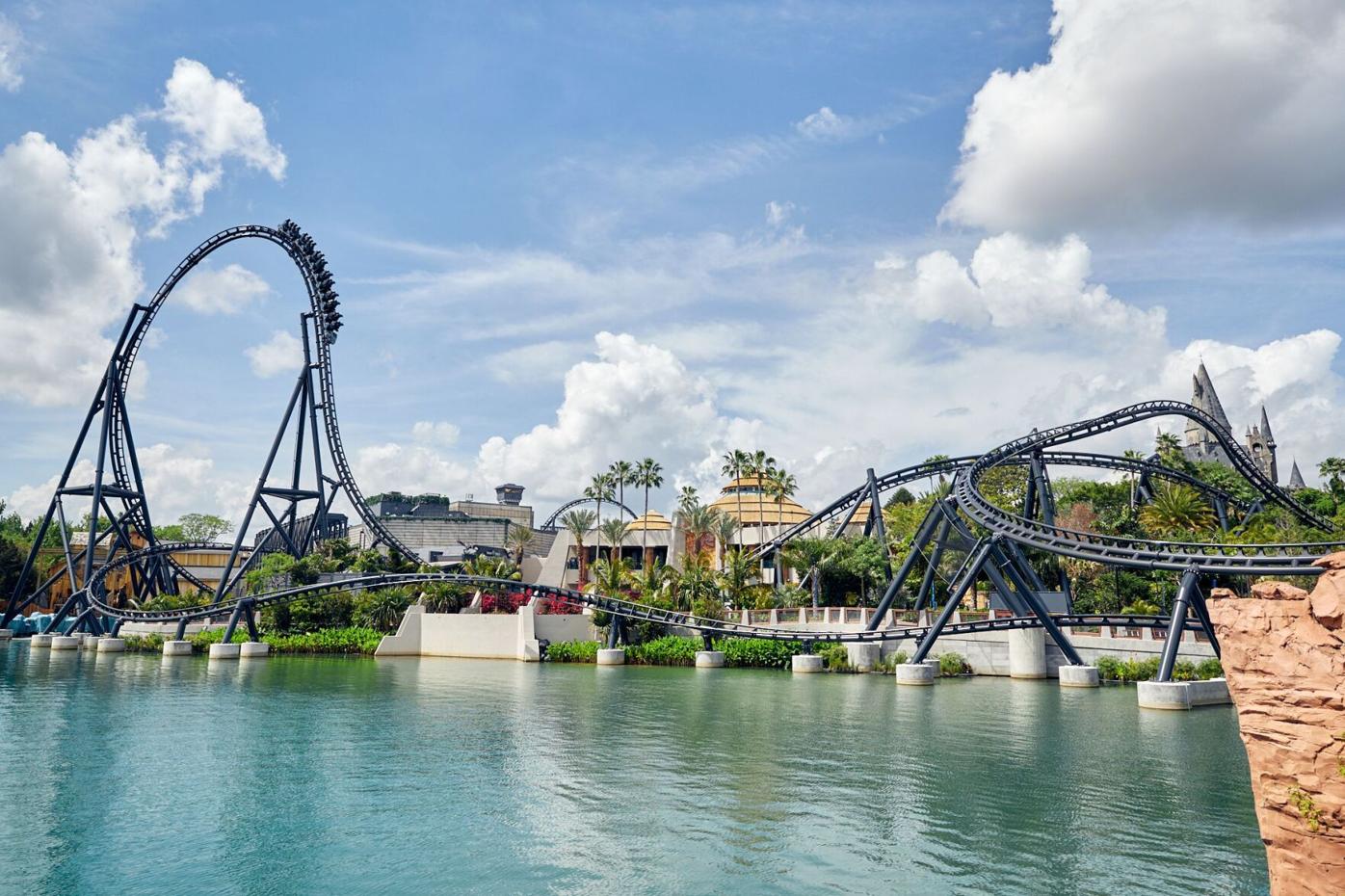 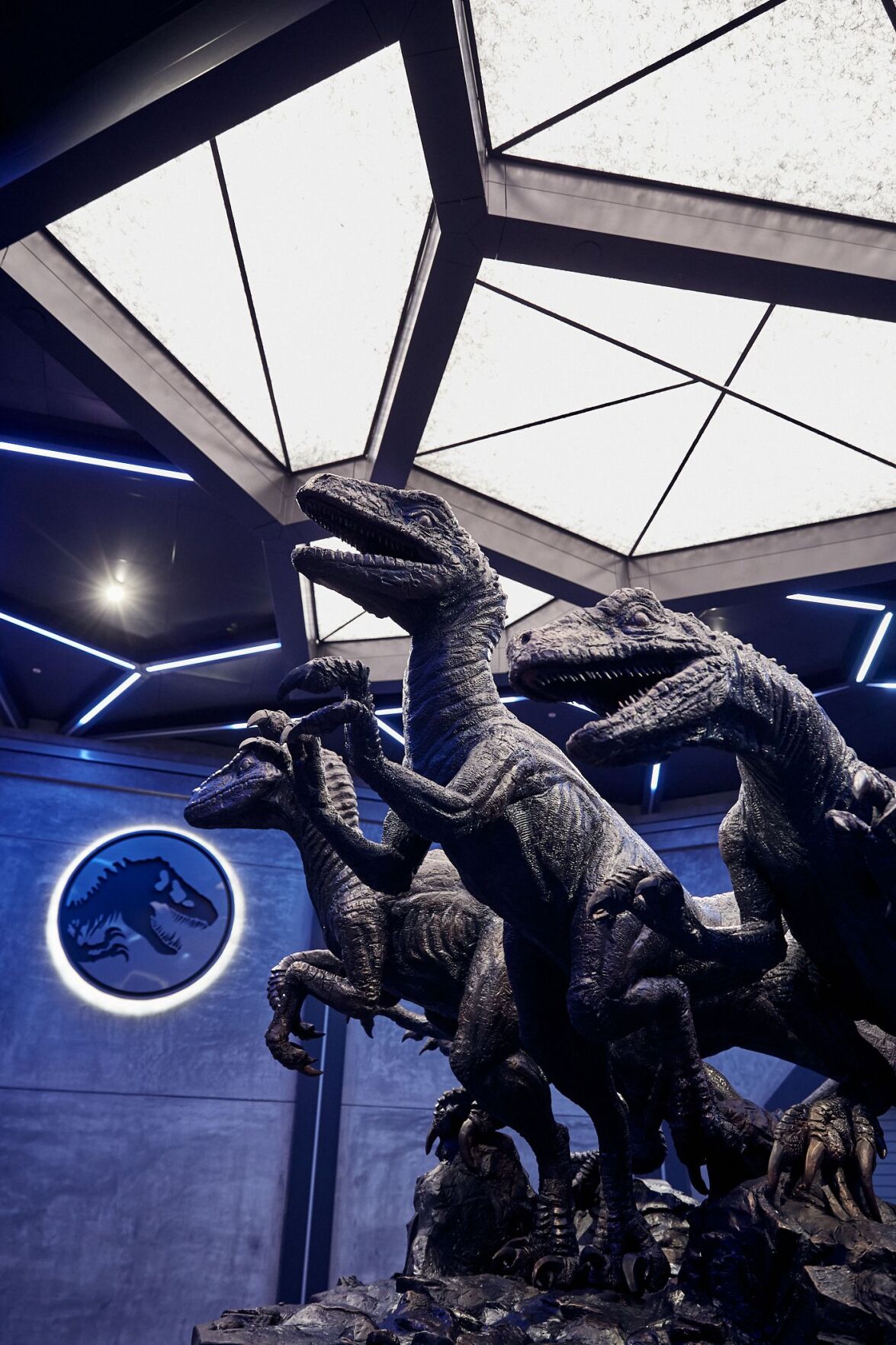 Between the speed, the drops and the dinosaurs, there's a lot to overcome on Jurassic World VelociCoaster. 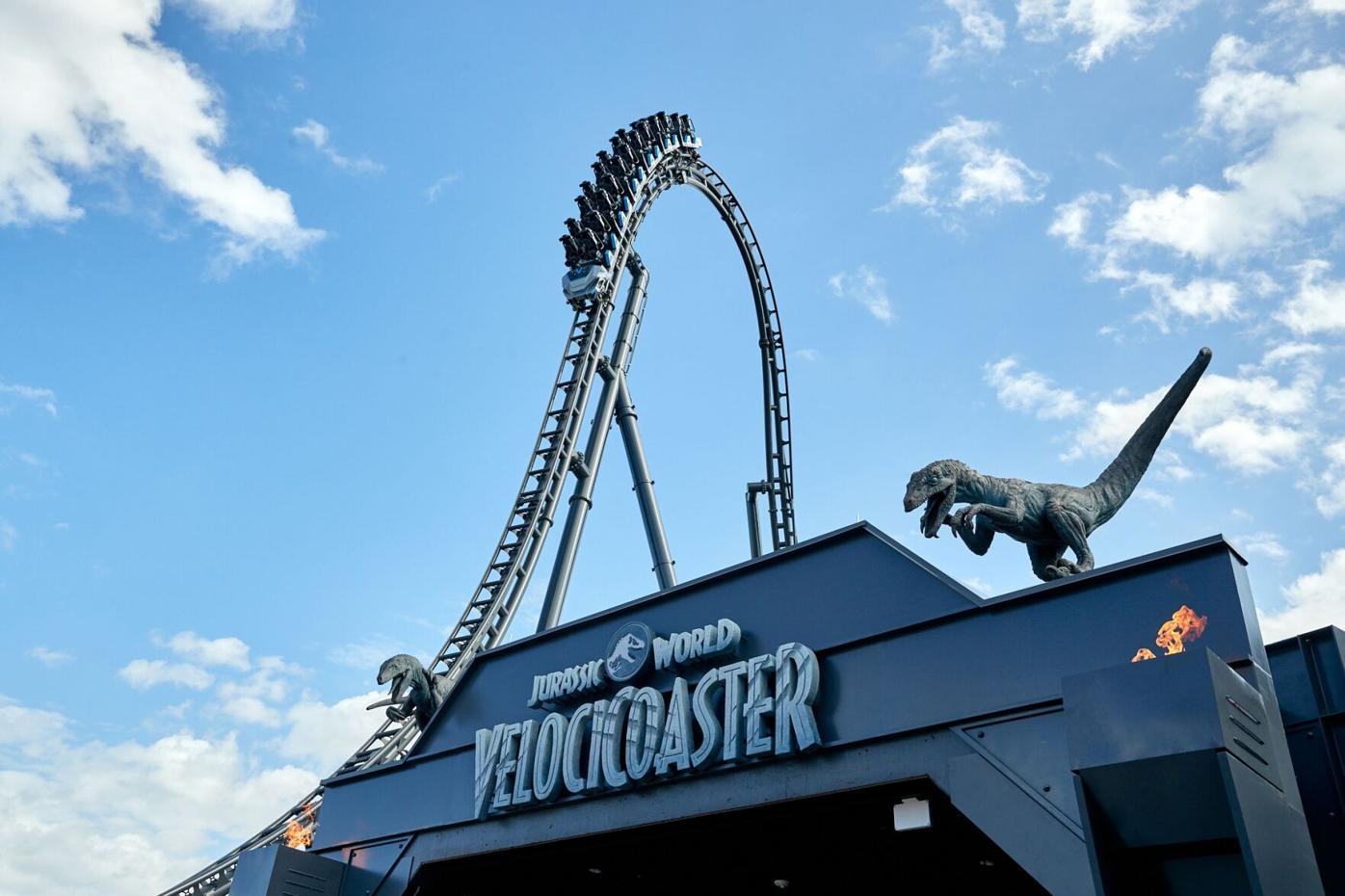 Universal Orlando has revealed the opening date for its newest attraction, the Jurassic World VelociCoaster.

Between the speed, the drops and the dinosaurs, there's a lot to overcome on Jurassic World VelociCoaster.

Universal Orlando has revealed the opening date for its newest attraction, the Jurassic World VelociCoaster.

Your courage is about to become extinct.

Universal Orlando Resort has announced the opening date for Jurassic World VelociCoaster, an attraction the collection of theme parks calls “the most intense coaster ever.”

Starting June 10, riders will be welcomed onto “Florida’s fastest and tallest launch coaster,”at the Islands of Adventure park.

“Thrill-seekers will have the opportunity to soar 155 feet in the air and catapult up to 70 mph alongside a ferocious Velociraptor pack,” Universal stated in a release.

The ride was dreamed up and designed by the creative team at Universal in partnership with filmmakers from Universal Pictures and Amblin Entertainment, “bringing to life a new ‘Jurassic World’ story that combines the epic thrills and popular characters from the blockbuster film franchise with jaw-dropping roller coaster maneuvers,” the entertainment company says.

Cast members from the dinosaur flicks — including Chris Pratt, Bryce Dallas Howard and BD Wong — will reprise their roles as Owen Grady, Claire Dearing and Dr. Henry Wu in the attraction.

Also look out for appearances from Velociraptors from the franchise, including Blue, Charlie, Delta and Echo.

“VelociCoaster will transport guests into a dynamic environment inspired by the ‘Jurassic World’ films, surrounded by intricately detailed rock work and lush landscaping, conveniently located near the elevated watch tower used to keep an eye on the dinosaurs,” Universal stated. “Once inside, guests are greeted by Dr. Wu as they learn about the cutting-edge new coaster, which Jurassic World is touting as its newest ‘carnivore expansion.’

“Along the way, they’ll hear the screams of fellow riders as they rapidly roar by with Blue, Delta, Charlie and Echo right on their heels — and even come face-to-face with a few hungry Velociraptors who are anxiously awaiting being released from their stables,” the company added. “As the adrenaline builds and guests approach the load platform, they will hear a few reassuring words from Claire Dearing — and one final warning from Owen Grady.”

The high-speed ride then kicks off.

“After boarding revolutionary ride vehicles that have been specially designed to intensify the thrills, guests take off on an epic coaster experience that sends them through the raptor paddock, into the air, just inches above water, and more,” says Universal.

“They’ll encounter a series of intense maneuvers along the coaster’s 4,700 feet of track, including near-misses, a barrel roll right above the Islands of Adventure lagoon, high-speed launches — the fastest reaching 70 mph in 2.4 seconds — and the signature ‘Top Hat,’ which propels riders 155 feet in the air and then immediately into an 80-degree drop — Universal’s steepest drop yet.”

Universal Orlando started opening its theme parks in June after closing last spring due to the fast spread of COVID-19.

Since reopening, the parks have elevated safety procedures in place, including screening guests and employees, enforcing social distancing, making face coverings mandatory, limiting capacity at parks and hotels, disinfecting areas and a contactless payment system through the resort’s app.

“Thrill-seekers will have the opportunity to soar 155 feet in the air and catapult up to 70 mph alongside a ferocious Velociraptor pack." — Universal officials in a statement