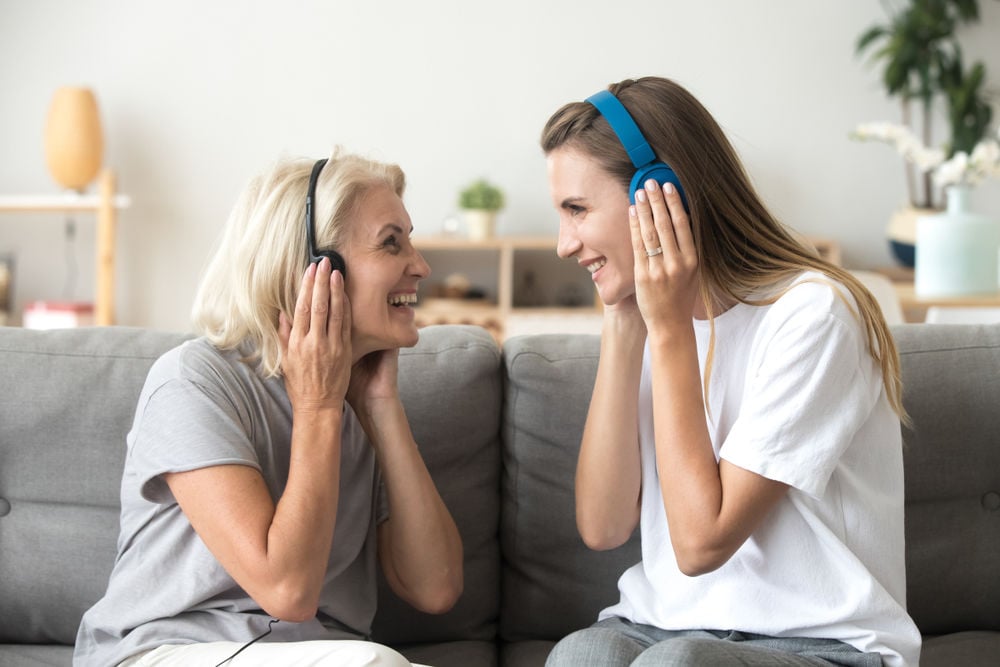 Give Mom a playlist of all the great songs about mothers. 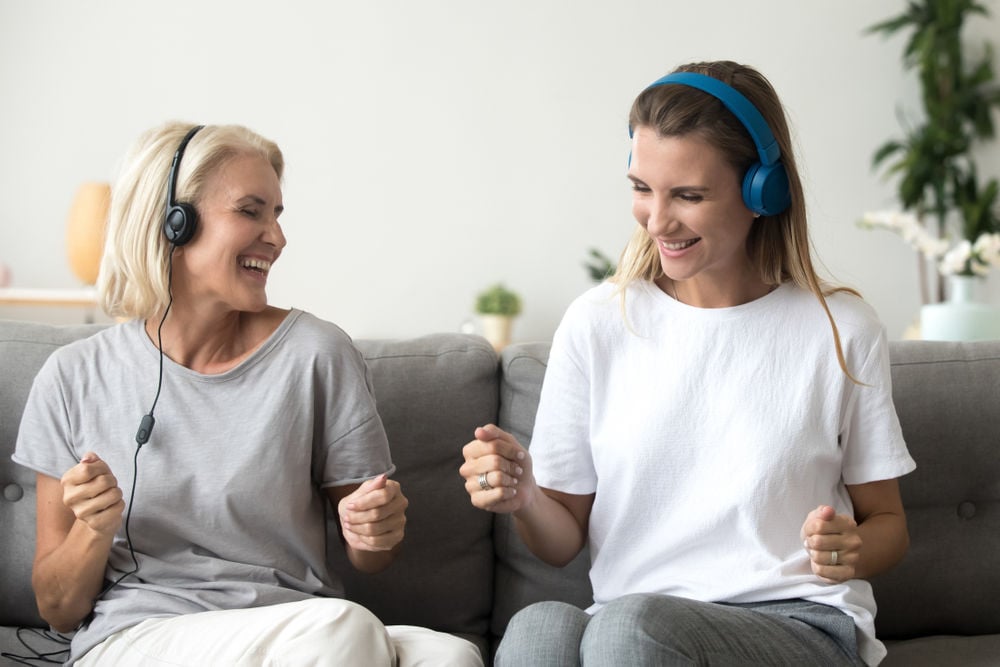 Lots of musical artisits have written songs about mothers. 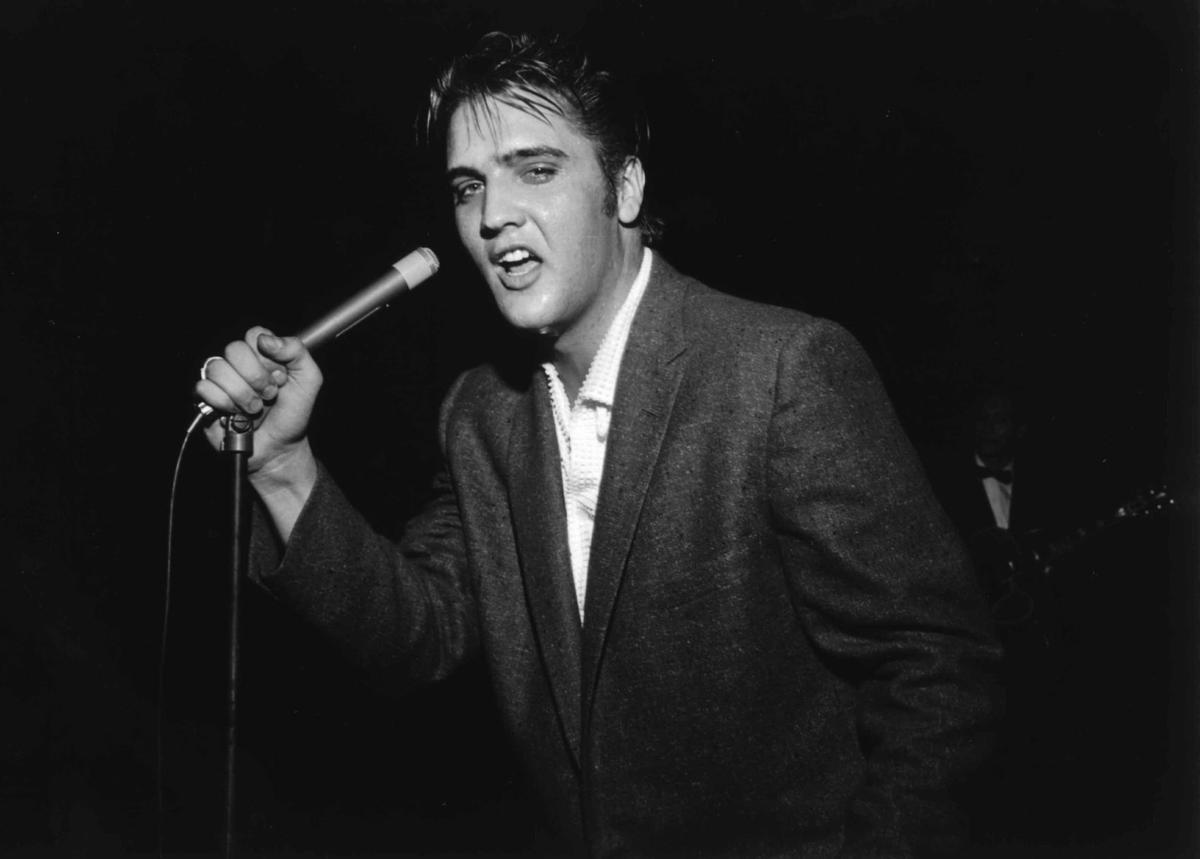 Elvis Presley performs in 1956 at Ellis Auditorium in Memphis. He has two songs on the Mother’s Day playlist: “That’s All Right” and “Mama Liked the Roses.” 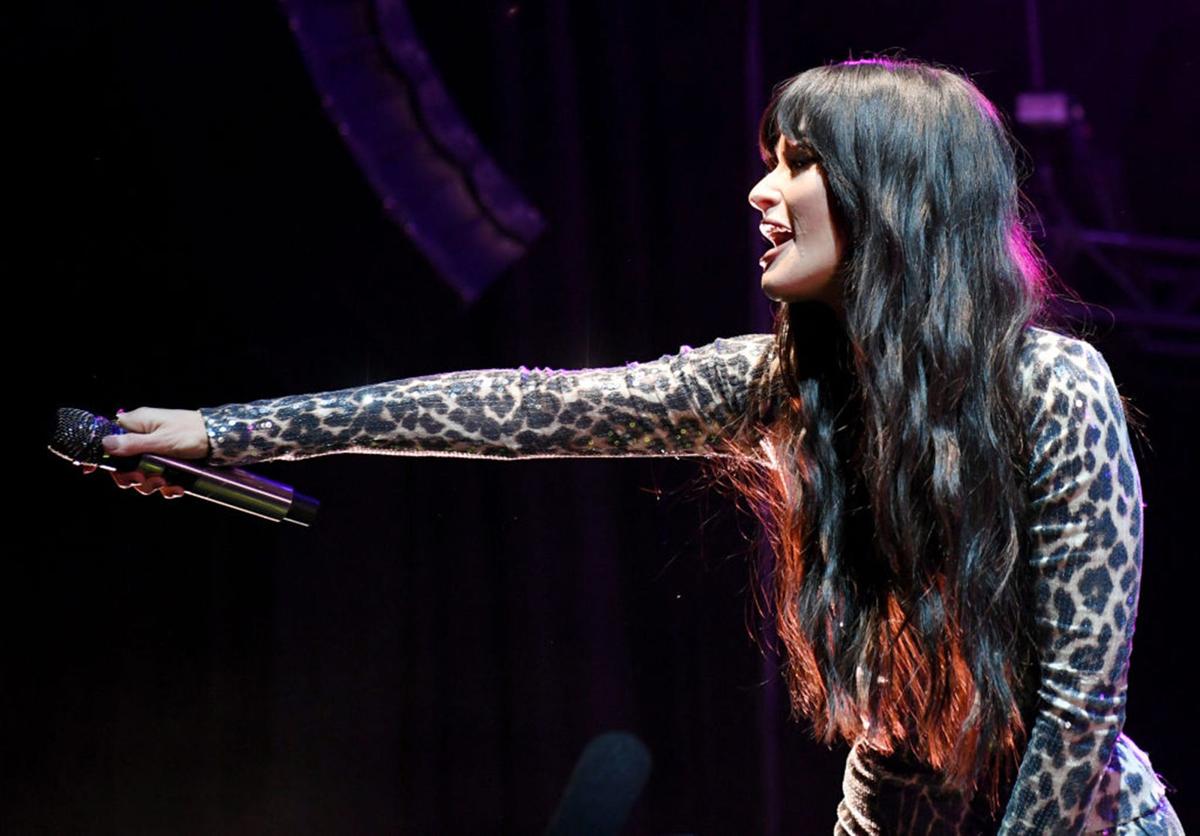 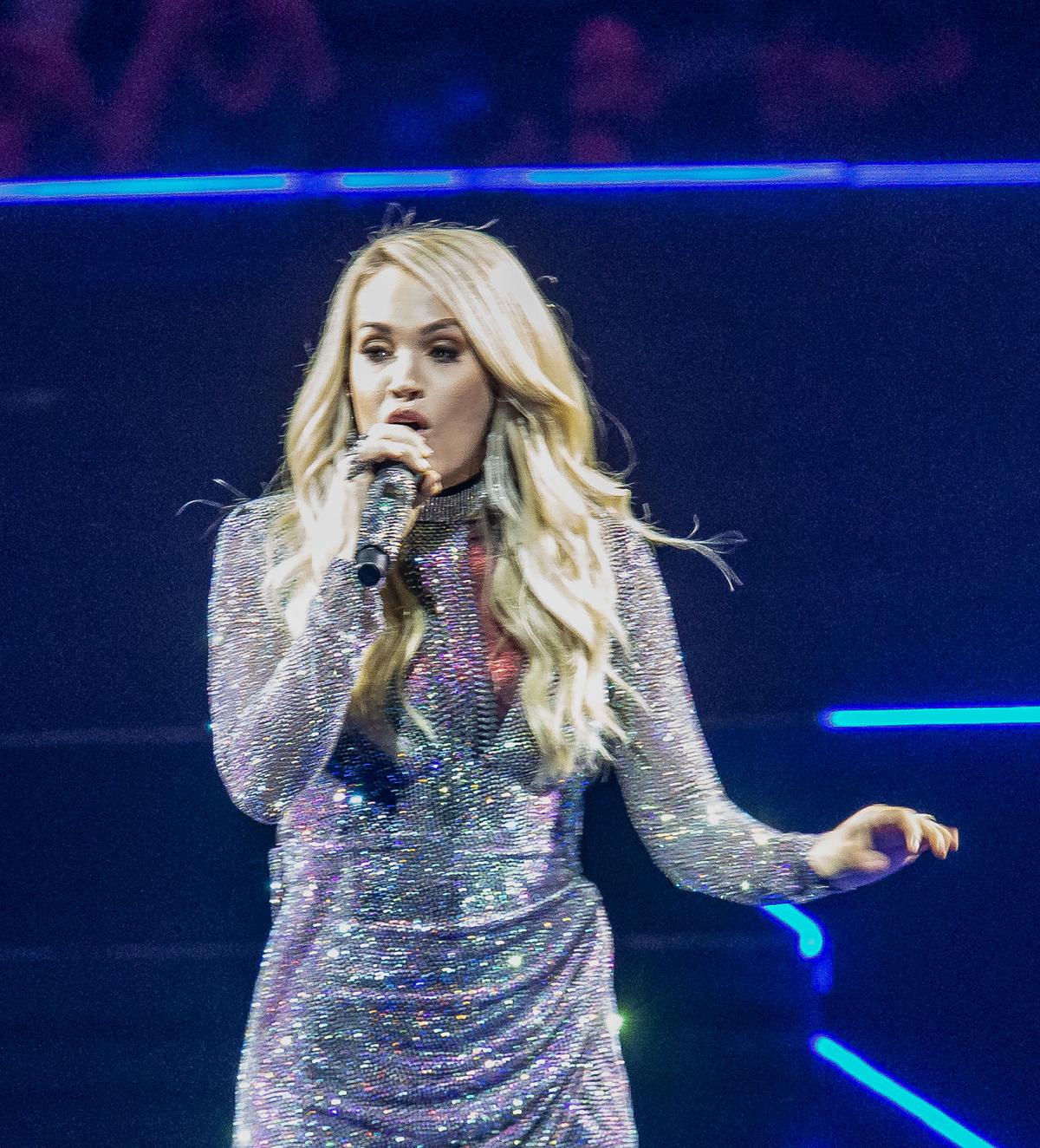 Carrie Underwood’s “The Cry Pretty Tour 360” at Madison Square Garden. Her ”Don’t Forget to Remember Me” is a vivid portrait of that moment when a son or daughter leaves home. 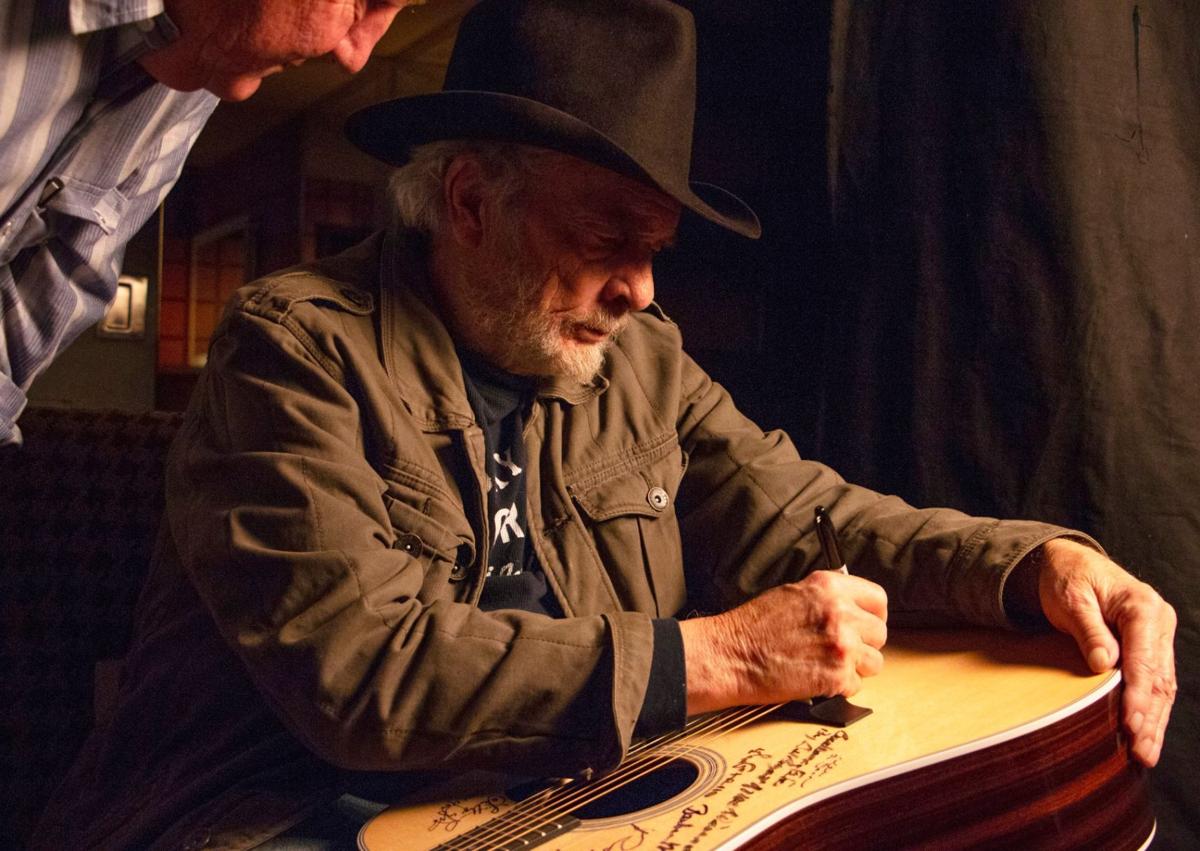 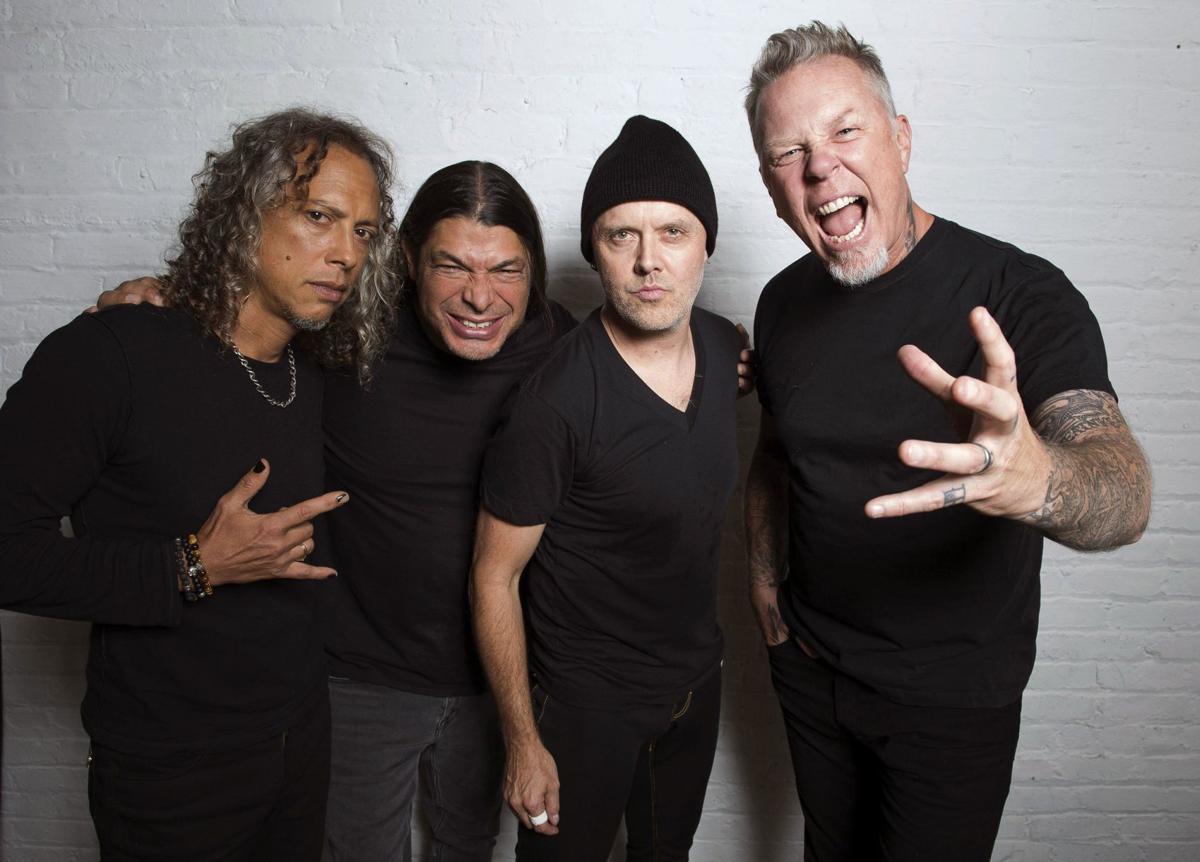 Metallica, from left, Kirk Hammett, Robert Trujillo, Lars Ulrich and James Hetfield. Hetfield delivers a heavy country-rock ballad with ”Mama Said,”written about his mother, who died of cancer when he was a teen. 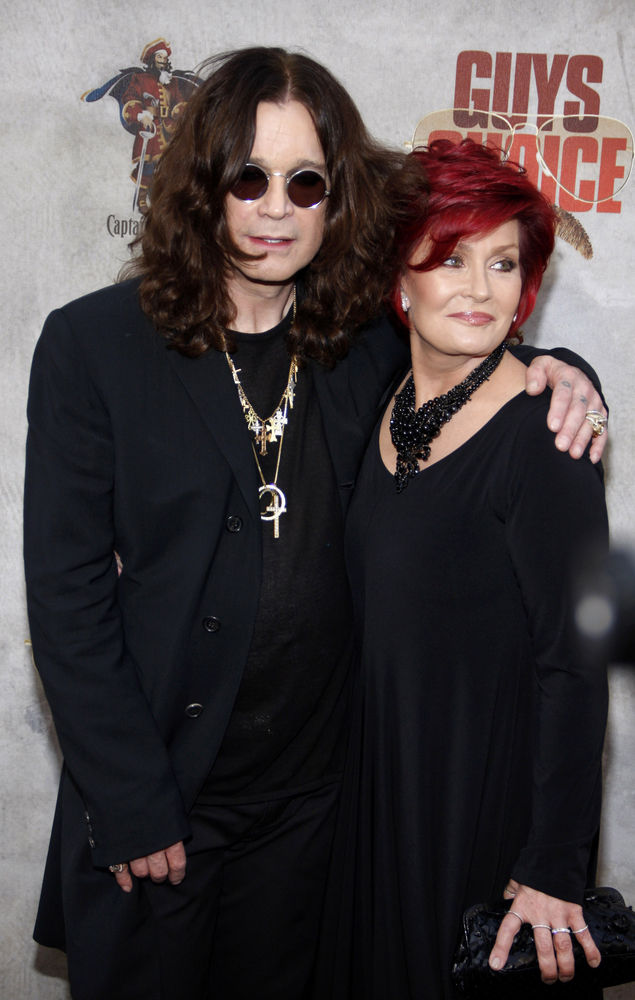 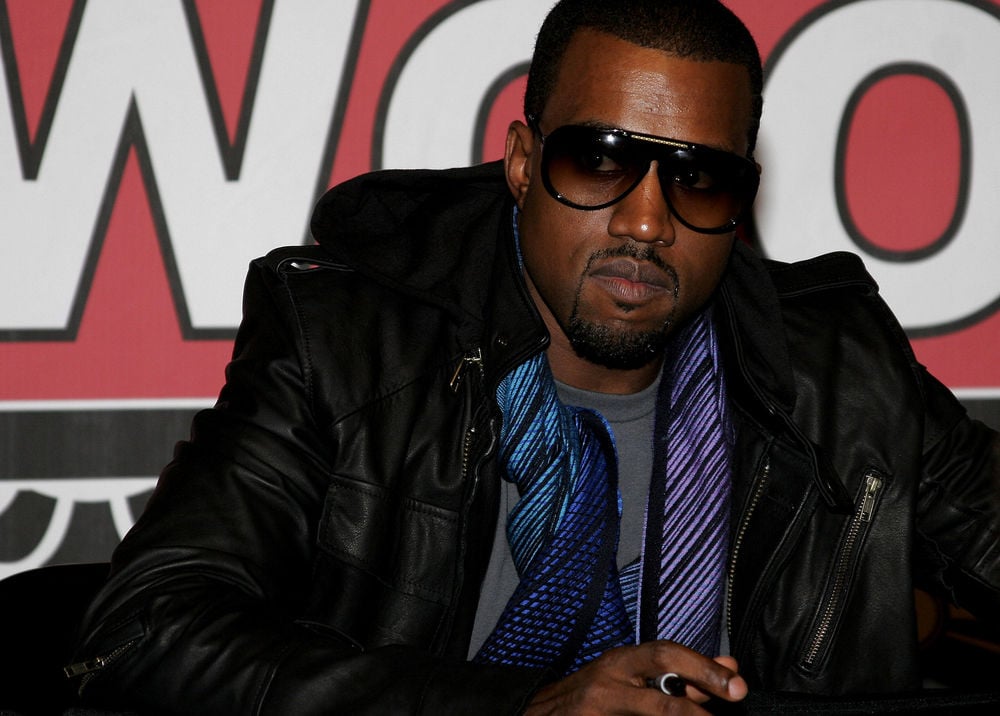 Give Mom a playlist of all the great songs about mothers.

Lots of musical artisits have written songs about mothers.

Elvis Presley performs in 1956 at Ellis Auditorium in Memphis. He has two songs on the Mother’s Day playlist: “That’s All Right” and “Mama Liked the Roses.”

Carrie Underwood’s “The Cry Pretty Tour 360” at Madison Square Garden. Her ”Don’t Forget to Remember Me” is a vivid portrait of that moment when a son or daughter leaves home.

Metallica, from left, Kirk Hammett, Robert Trujillo, Lars Ulrich and James Hetfield. Hetfield delivers a heavy country-rock ballad with ”Mama Said,”written about his mother, who died of cancer when he was a teen.

Mother’s Day will always make me think of the color purple, which was my mom’s favorite color.

What the gift was didn’t seem to be as important to her as who it was coming from — and that I had put in enough thought and effort to find something in her favorite color.

It’s been too long since I had the occasion to buy a special purple gift, given that my awesome mom, Marguerite Harrington, died in 2012. But I’m sending this Mother’s Day playlist up to her. I tried to stick with the purple theme and include a Prince tune, but I couldn’t find one that really worked for the occasion. So, instead, I kicked it off with my mom’s all-time favorite artist.

This is a collection of some of the all-time best tunes about moms.

“Mama Liked the Roses,” Elvis Presley (1970): Presley was a proud mama’s boy (just like me) and he wears that on his sleeve on this gorgeous tune penned by Johnny Christopher, who also co-wrote the breathtaking “Always on My Mind.” (Bonus points for the inclusion of purple roses in the video.)

“Your Mother Should Know,” the Beatles (1967): Paul McCartney further shows his vast versatility with this charming vaudeville/music hall number that sounds wonderfully out of place with what was going on in music at the time.

“The Best Day,” Taylor Swift (2008): Swift pays tribute to her mother with possibly the most touching lyrics of her career: “I don’t know why all the trees change in the fall/ But I know you’re not scared of anything at all/ Don’t know if Snow White’s house is near or far away/ But I know I had the best day with you today”

“Mama’s He’s Crazy,” the Judds (2004): The county music genre is rich with great songs about mama, including this memorable number that became the first No. 1 for the amazing mother-daughter act.

“Dear Mama,” Tupac Shakur (1995): The legendary rapper delivers a remarkably tender, candid and, more than anything else, grateful look back at his mother.

“Hand That Rocks the Cradle,” Glen Campbell and Steve Wariner (1987): This country classic suggests that “there ought to be a hall of fame for mamas, creation’s most unique and precious pearls.” And that sounds like a marvelous idea to me.

“Mother,” Pink Floyd (1979): This selection is a bit unorthodox, but it’s also quite tender, touching and features a guitar solo for the ages. Plus, I rarely pass up the chance to include Floyd in a playlist.

“Coat of Many Colors,” Dolly Parton (1971): Parton reportedly has called this her favorite song she’s ever written. And if that report is indeed true than I can only add that Parton has excellent taste in music.

“Mama Said,” The Shirelles (1961): Two minutes of pure pop/doo-wop/R&B perfection, dished up one of the greatest “girl groups” of all time.

“Don’t Forget to Remember Me,” Carrie Underwood (2006): A vivid portrait of that moment when a son or daughter leaves home.

“Mama Tried,” Merle Haggard (1968): Ties with Johnny Cash’s “Folsom Prison Blues” as the best prison song ever. But this one offers a tenderness that the Cash classic can’t touch. And that has everything to do with “Mama.”

“Mother,” Kacey Musgraves (2018): This might be the finest 1 minute, 18-second piano ballad tribute ever written about a parent.

“One Heartbeat at a Time,” Steven Curtis Chapman (2007): An intensely satisfying and uplifting tribute to moms who “are changing the world one little heartbeat at a time”

“Mama Said,” Metallica (1996): Mighty Metallica pushes pause on the metal long enough for James Hetfield to deliver a heavy country-rock ballad written about his mother, who died of cancer when he was a teen.

“I’ll Always Love My Mama,” the Intruders (1973): Here’s a true Mother’s Day classic, courtesy of these Philly soul champs and the legendary songwriting team of Gamble and Huff.

“Mama Said Knock You Out,” LL Cool J (1991): Here’s a little trivia for you: It was actually LL Cool J’s grandma, not his mama, who told the rapper to “knock you out.”

“When the Crazy Kicks in,” Francesca Battistelli (2014): A fun country-pop number about a busy mom “pushed and pulled by a thousand expectations” who knows exactly what she needs to do in order to “be ready when the crazy kicks in.”

“Mama, I’m Coming Home,” Ozzy Osbourne (1991): A pioneer in both the heavy metal and hard rock genres, Osbourne sure knows his way around a power ballad.

“Take Your Mama,” Scissor Sisters (2004): You simply won’t find a more fun song on this list than this glam-dance-pop nugget.

“The Mother,” Brandi Carlile (2018): Remarkably intimate and revealing, the lyrics feel like they come straight from the pages of a diary.

“Hey Mama,” Kanye West (2005): One of the key early tracks that led so many to believe, rightfully so, that Ye is nothing short of genius.

“Mama Told Me Not to Come,” Three Dog Night (1970): Some might prefer the earlier Eric Burdon version or the later Tom Jones recording, but the definitive take belongs to Three Dog Night.

“Mama Don’t Forget to Pray for Me,” Diamond Rio (1991): The country group delivers an achingly gorgeous plea from a son who’s strayed too far from home.

“From Small Things (Big Things One Day Come),” Bruce Springsteen (2003): This fun rocker was recorded during “The River” sessions (1979) but wouldn’t actually see the light of day until much later — kicking off the bonus disc to 2003’s “The Essential Bruce Springsteen” set.

“In My Daughter’s Eyes,” Martina McBride (2003): The song is nothing short of breathtaking. Don’t be surprised to find a tear or two in your eyes by the time this all-time-great vocalist hits the chorus for the second time.

“That’s All Right,” Elvis Presley (1954): We’ll close in the same fashion that we opened — with the kid from Tupelo, Miss. My mom would certainly approve.

ABC struck ratings gold in April with “The Disney family Singalong.” In fact, more than 12 million viewers have seen it. So you just knew that they would do a follow-up with a fresh roster of celebrities. And lord knows, there are many more and Disney tunes to belt out.

“Beauty and the Beast” — John Legend and Jennifer Hudson

“Part of Your World” — Halsey

“Your Mother and Mine” — Sabrina Carpenter, featuring Lang Lang