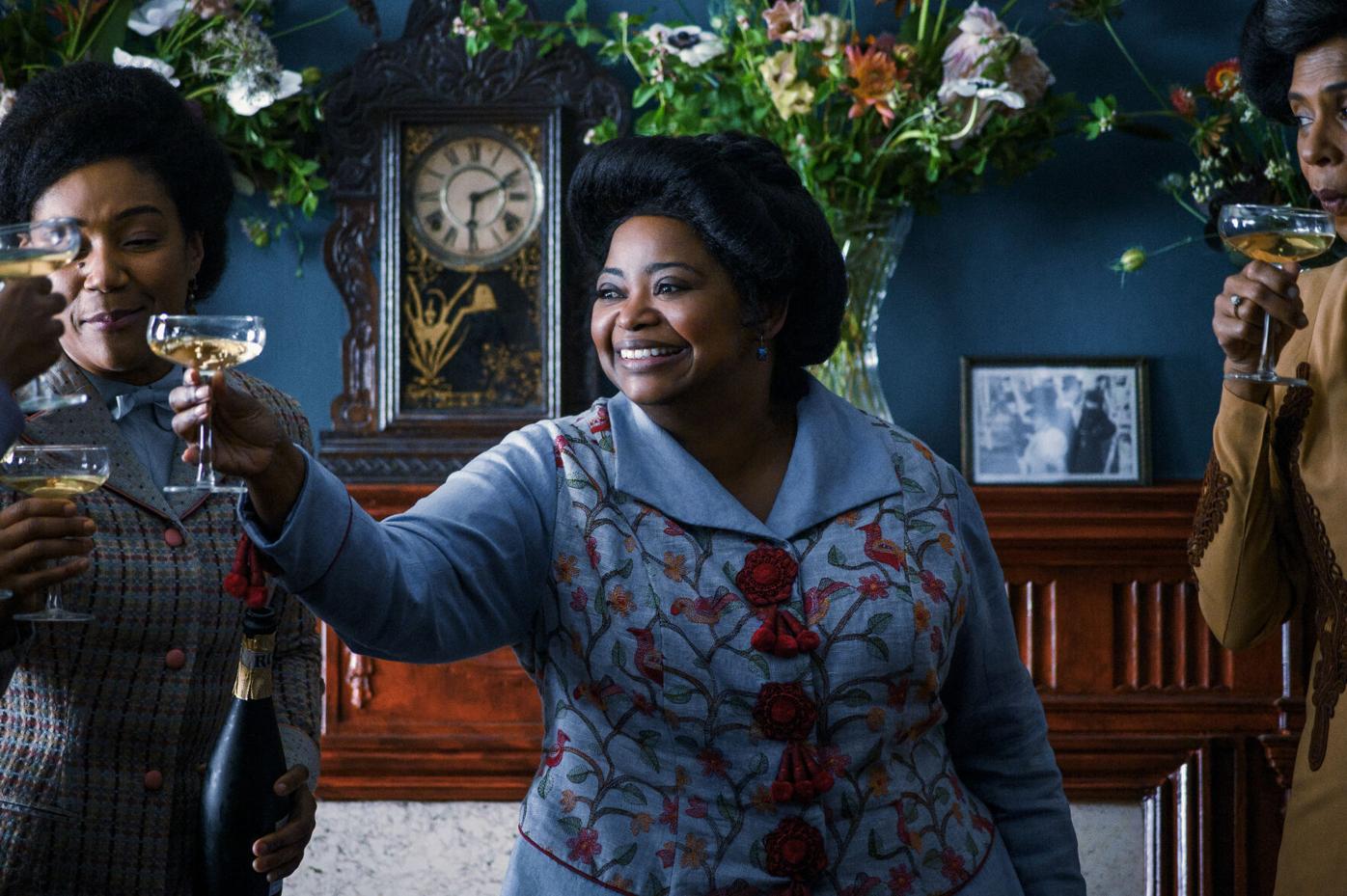 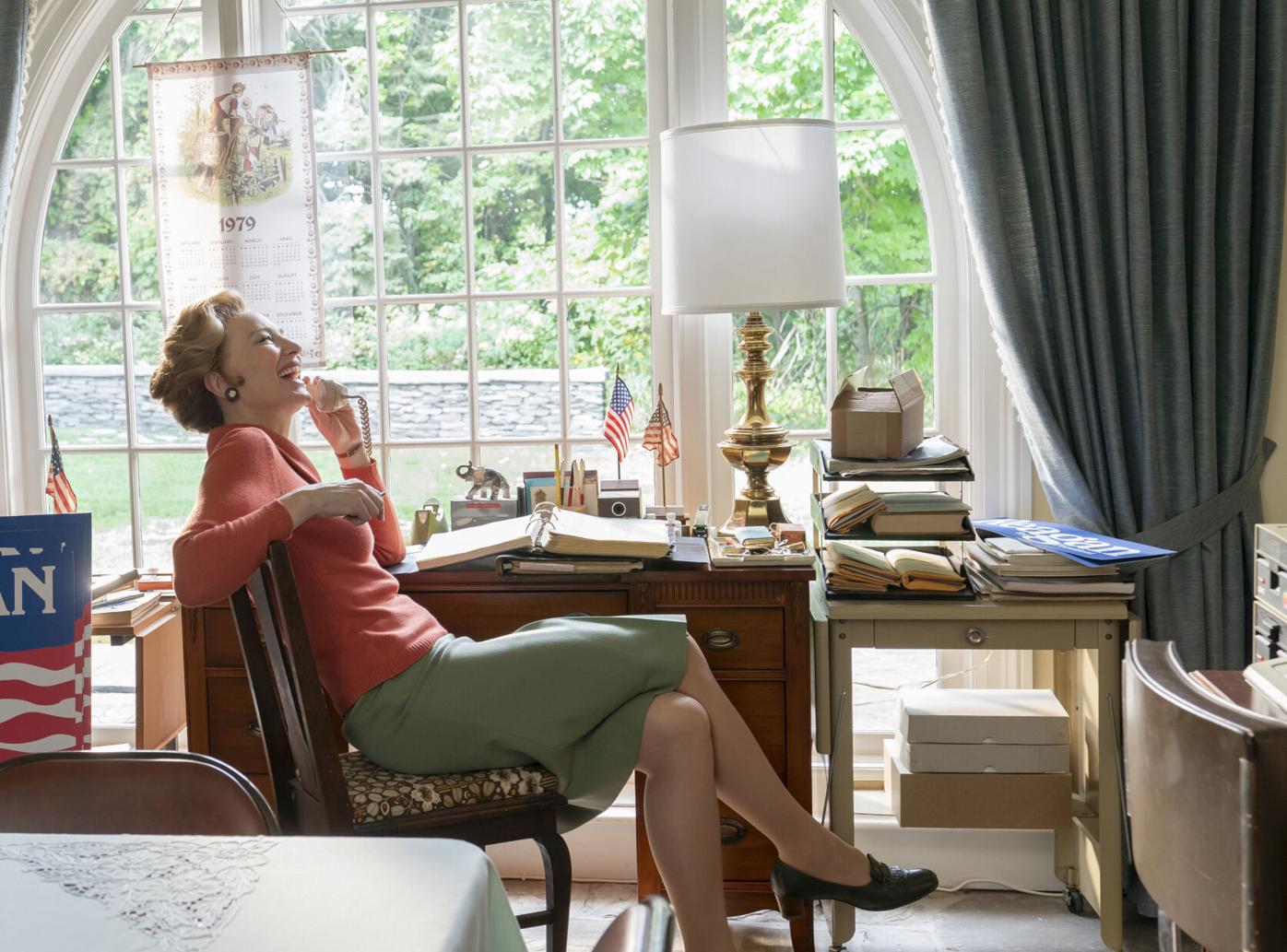 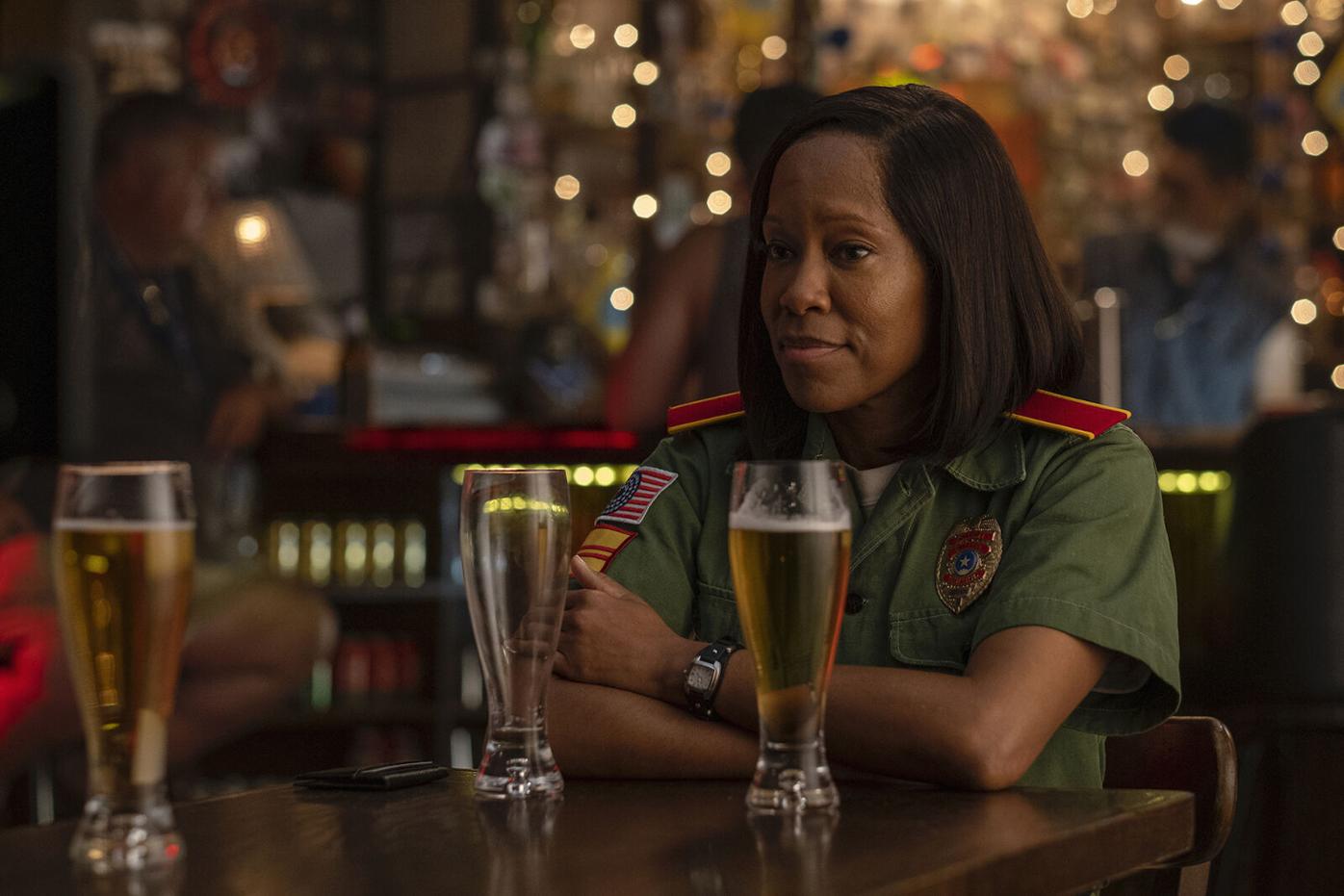 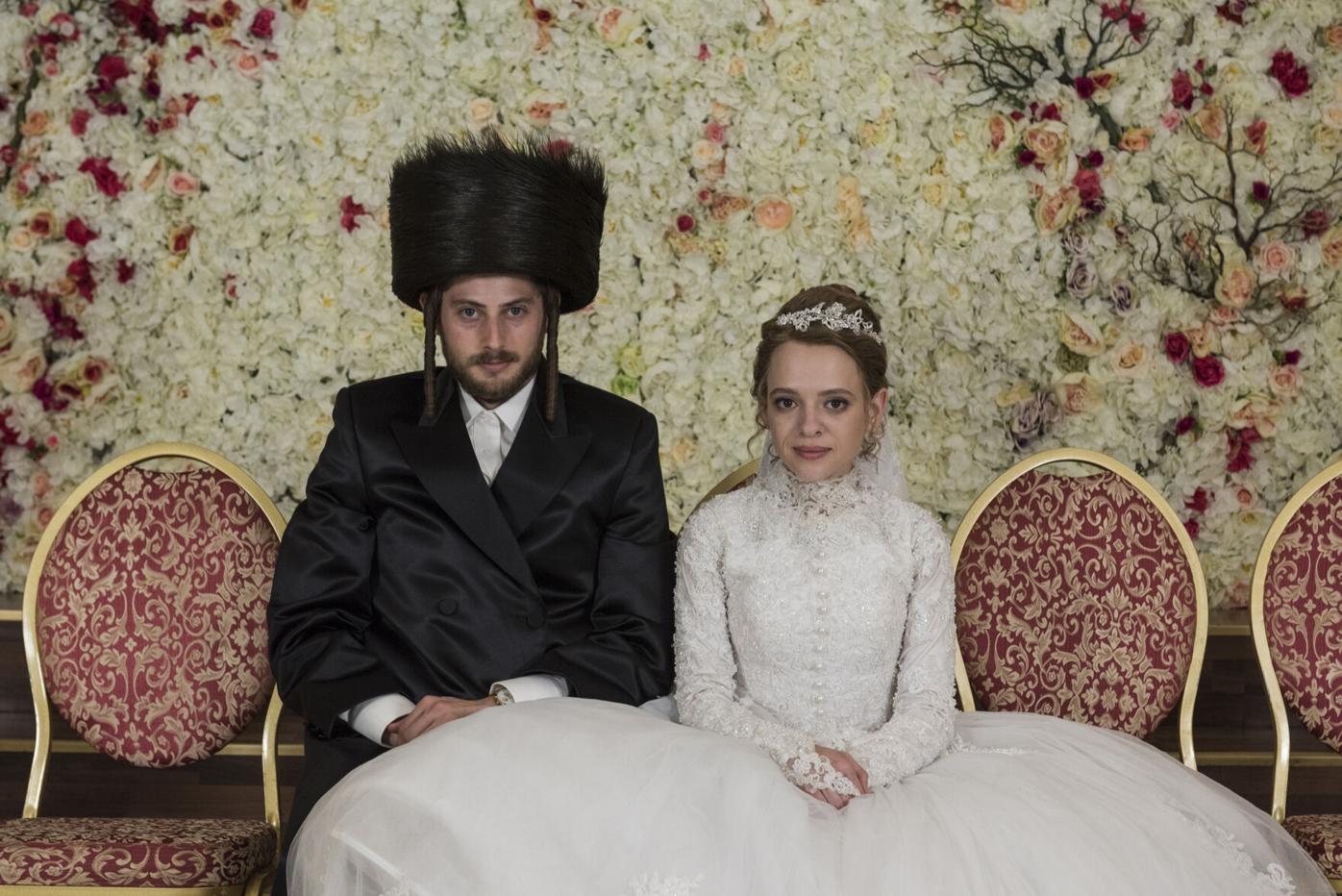 Amit Rahav, left, and Shira Haas star in “Unorthodox,” a Netflix series about a young woman who flees her Hasidic community in Williamsburg, Brooklyn. 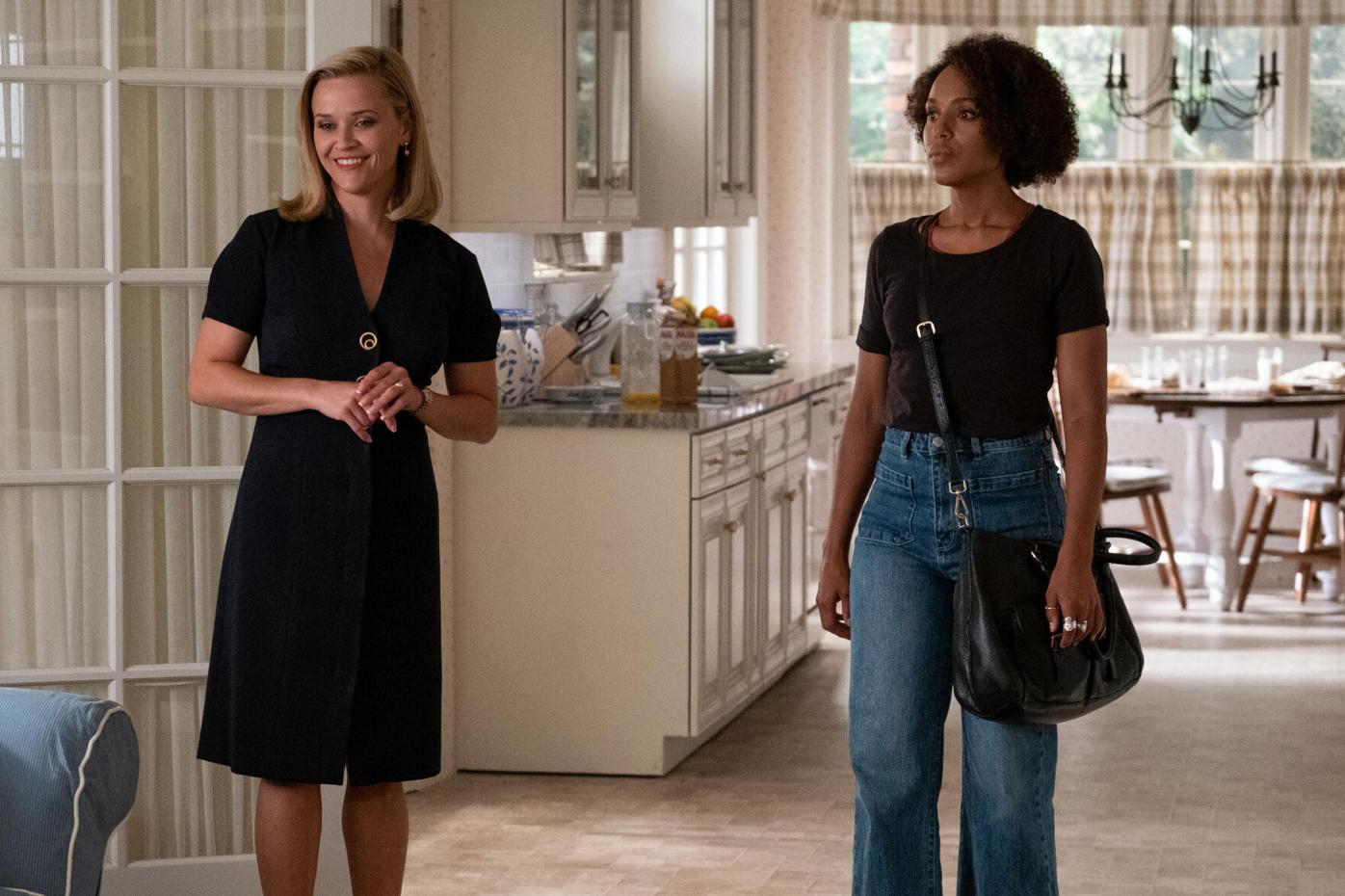 Elena (Reese Witherspoon) and Mia (Kerry Washington) in “Little Fires Everywhere.” Washington was nominated for an Emmy but Witherspoon wasn’t in the category for actress in a limited series or movie.

Amit Rahav, left, and Shira Haas star in “Unorthodox,” a Netflix series about a young woman who flees her Hasidic community in Williamsburg, Brooklyn.

Elena (Reese Witherspoon) and Mia (Kerry Washington) in “Little Fires Everywhere.” Washington was nominated for an Emmy but Witherspoon wasn’t in the category for actress in a limited series or movie.

The year in television brought a crop of compelling limited series centered on the female experience, including “Mrs. America,” “Little Fires Everywhere,” “Unbelievable” and “Unorthodox” — and with it a rich array of parts for women.

But as Tuesday’s Emmy nominations made clear, this glut of exciting roles means the category for actress in a limited series or movie has become perhaps the most competitive — a veritable murderer’s row of talent — and numerous worthy performances went unrecognized, prompting outraged memes and cries of “snub!” across the internet.

For a little perspective: Three of this year’s five nominees are Oscar winners.

Regina King — who won the Emmy in this category two years ago for the Netflix limited series “Seven Seconds” — was nominated for her performance as a masked police officer in “Watchmen” (HBO), a prescient look at race and violence in the United States. Cate Blanchett earned a nod for her depiction of conservative activist Phyllis Schlafly in “Mrs. America.” And Octavia Spencer was recognized for her role as Black hair-care entrepreneur Madam C.J. Walker in “Self Made” (Netflix).

They will vie with Kerry Washington, who picked up her fifth career Emmy nomination for “Little Fires Everywhere” (Hulu), in which she plays a nomadic artist and mother. The only newcomer is Israeli actress Shira Haas, who scored a nod for her mesmerizing turn as a young Hasidic woman who flees her insular Brooklyn community in the Netflix sleeper hit “Unorthodox.”

Because of a rule change limiting the number of nominees in a field according to the overall number of submissions, there are only five slots in the limited series or movie category this year. (Last year the category had six nominees.) The sheer number of dynamic performances by women in limited series this year meant there were easily twice as many plausible nominees as available slots.

Perhaps the most notable snub, at least according to social media, was Reese Witherspoon, overlooked for her role, opposite Washington, as a privileged suburban mom in “Little Fires Everywhere.”

Similarly, two-time Emmy-winner Merritt Wever had been considered all but a lock for her portrayal of a detective obsessively investigating a serial rapist in “Unbelievable” (Netflix). Her costar, Kaitlyn Dever, who played a survivor wrongfully accused of filing a false report of assault, also was overlooked, though Toni Collette was nominated for her supporting role.

Other potential contenders included Zoe Kazan for her steely performance as a Jewish housewife in HBO’s “The Plot Against America” and Daisy Edgar-Jones for her sensitive portrayal of a wealthy young Irish woman in a complicated but passionate sexual relationship with a high school classmate in the Hulu adaptation of “Normal People.” (Her costar, Paul Mescal, was nominated.)

The brutally competitive nature of the category is the result of overlapping industry trends, starting with the dramatic revival of the once-moribund miniseries over last half-decade. In 2011 there weren’t enough eligible miniseries for a standalone category at the Emmys. Now the limited series is a magnet for feature-film talent and a venue for the kind of complex stories — often with literary or historical roots — that have become increasingly rare in the tentpole-obsessed world of the movies.

“It’s a place for us to make movies,” said Margo Martindale, who was nominated for her supporting role as feminist Bella Abzug in “Mrs. America.” “It’s very hard to get a movie done these days.”

The limited series has become a showcase for women in particular. Prestige TV of an earlier era may have been synonymous with “difficult men” like Walter White and Don Draper, but the premiere of “Big Little Lies” three years ago created the template for a new kind of Emmy bait: a female-focused limited series stacked with big-name actresses in the kinds of meaty roles that are increasingly scant in feature films. (See also: “Sharp Objects.”)

“Hollywood is responding to the demands of women in our industry who want to be seen in a wider range of stories and women who want to be included behind the scenes,” said Uzo Aduba, who was nominated for her supporting performance as politician Shirley Chisholm in “Mrs. America.”

Perhaps an echo of the #MeToo and Time’s Up movements, this year’s crop of limited series was dominated by stories about women finding their voices. “Mrs. America” dramatized the fight over the Equal Rights Amendment in the 1970s and the culture war it ignited. In a statement, Blanchett, also an executive producer on “Mrs. America,” described it as “a series and story that is not only meaningful to me but deeply resonant to the times in which we live — times we hoped to illuminate by examining our past.”

The harrowing fact-based drama “Unbelievable” offered a radically empathetic look at the trauma of sexual violence and law enforcement’s poor treatment of survivors. “Unorthodox” provided a rare glimpse inside a conservative religious community where roles for women are strictly limited. And “Self Made” explored how one Black woman turned her tortured relationship to her hair into a beauty empire.

“Little Fires Everywhere,” based on Celeste Ng’s bestselling novel, is an exploration of race, class and motherhood set in suburban Shaker Heights, Ohio, in the 1990s.

Witherspoon, an executive producer on the series as well as on the Emmy contenders “Big Little Lies” and “The Morning Show,” said earlier this year why she was compelled to make shows about women.

“Think about the hundreds of years, if not thousands of years of lost women’s stories,” she said. “How the hell can I not feel that there’s a sense of urgency? Every woman I know that is working to tell stories of women or marginalized groups feels the same way. You don’t know how long a window will last. You hope it lasts a long, long time, but you never know.”

"Hollywood is responding to the demands of women in our industry who want to be seen in a wider range of stories and women who want to be included behind the scenes." — Uzo Aduba, who was nominated for her supporting role as politician Shirley Chisholm in "Mrs. America."