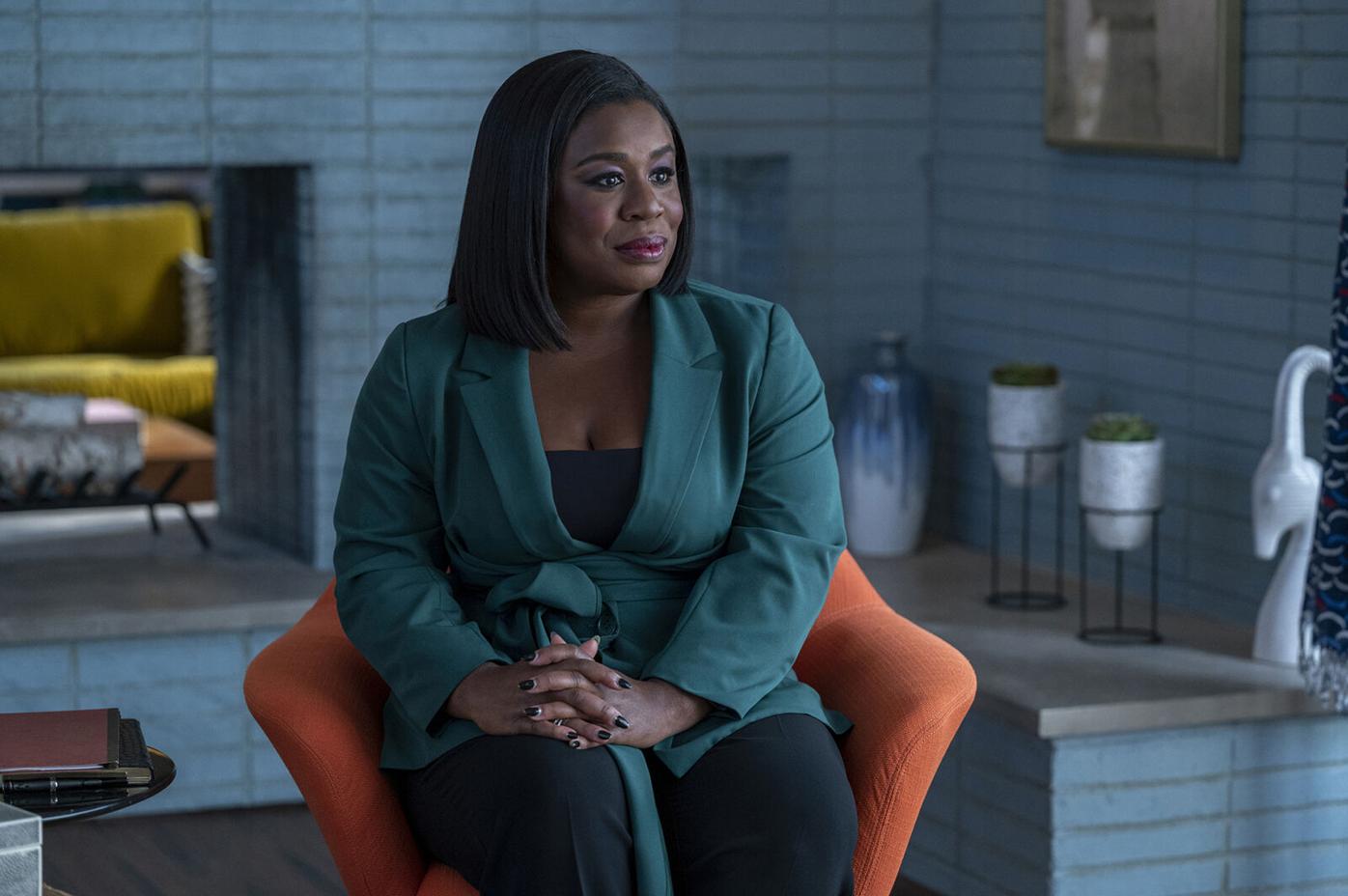 Uzo Aduba stars in “In Treatment,” a show that has intense confrontations and drama. 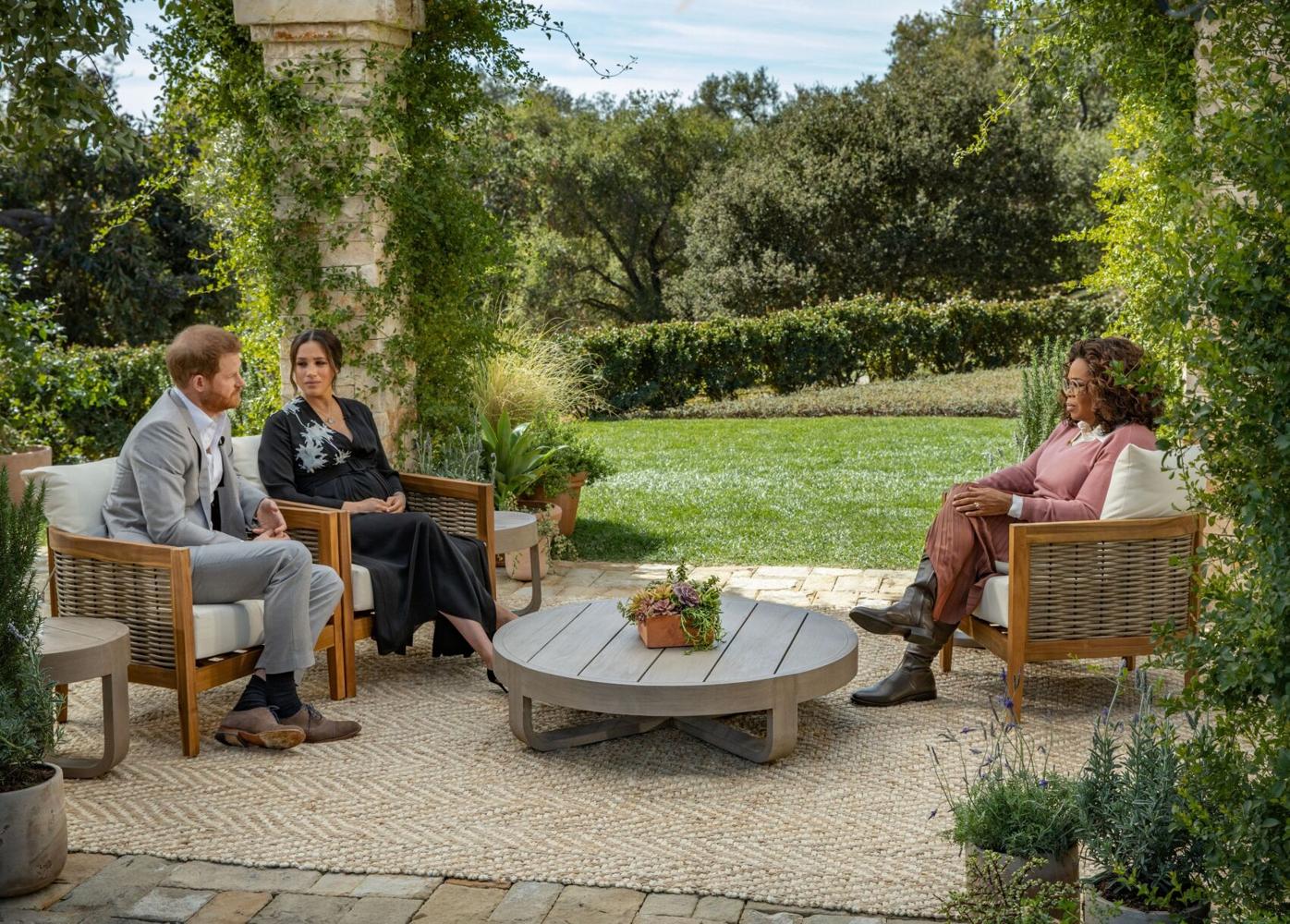 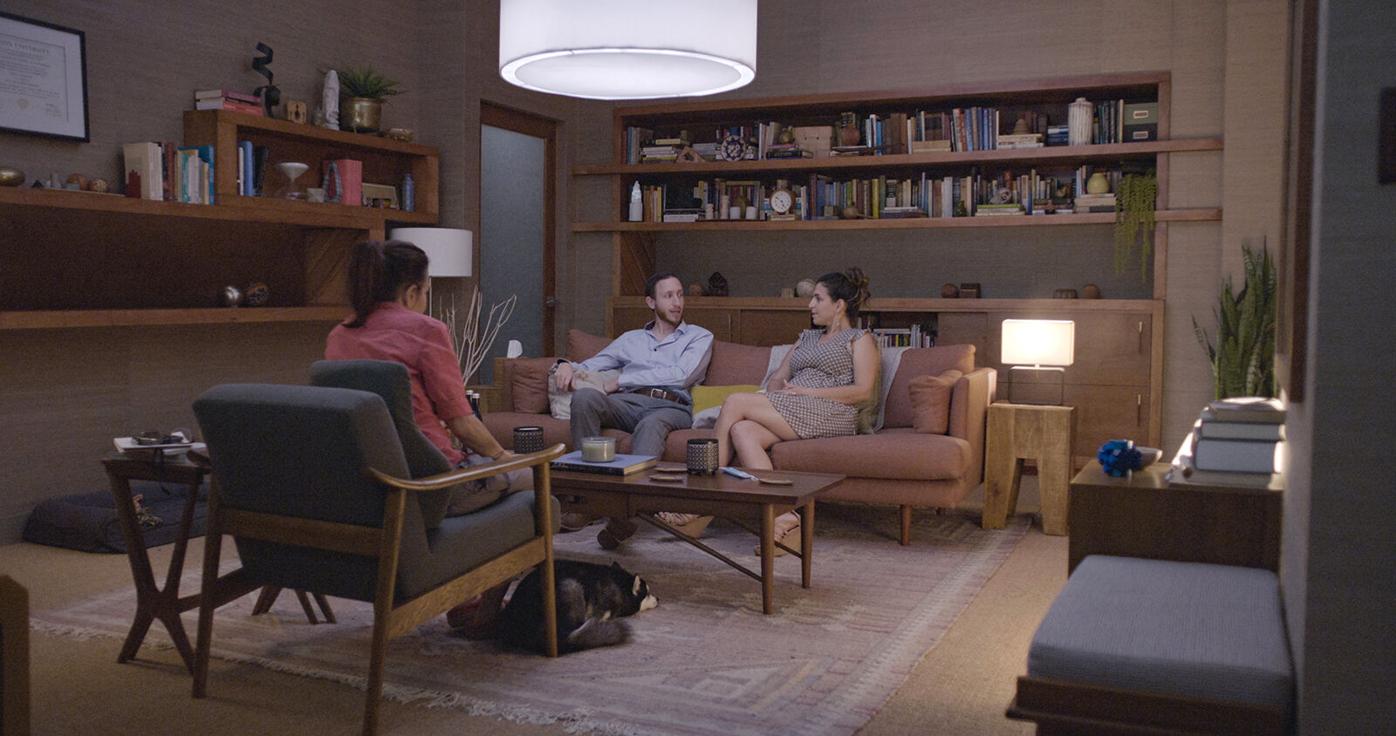 Michael, left, and Michal in “Couples Therapy.” Though focused on the strife and challenges of living with another person, often the sessions delve into each partner’s back story in order to unravel some of the origins of what’s really going on.

To live on this earth is to encounter pain or fear or stress, sometimes debilitatingly so.

In “The Me You Can’t See,” the Apple TV+ docuseries from Prince Harry and Oprah Winfrey about mental health, the psychiatrist Dr. Bruce Perry says about 80% of the population experiences one or more of the following at some point in their life: Depression, anxiety, substance abuse and dependence, and trauma.

To live on this earth is to encounter pain or fear or stress, sometimes debilitatingly so. That’s inevitable. And then our brains — so sophisticated and yet still so unknowable — devise all kinds of coping strategies that may or may not be helpful in the long run. We’re all doing the best we can. Therapy is one way to stop, take a deeper look at what’s going on and maybe, just maybe, once we’re armed with a little self-knowledge and a better understanding of the dynamics shaping our past and present, we can make choices to experience life in ways that feel less fraught or chaotic.

This collapsing of distinctions is intentional; both Winfrey and Harry, who appear on camera throughout the five-episode series, continually talk about the idea that everyone is going through something.

According to Apple, “The Me You Can’t See” has been the most watched program so far on the streaming platform, worldwide.

But not every crisis or illness can be unpacked solely by examining our past. The show also glides by the possibility that people with other diagnoses, including bipolar disorder, might also have trauma to work through as well. It’s complicated.

But it’s a gorgeously filmed and thoughtful series (directed by Asif Kapadia and Dawn Porter) that is serious-minded without feeling like homework. The fact that Harry talks so openly about his own circumstances — his own feelings and frustrations and struggles — is absolutely part of the draw. You get a real sense of his specific circumstances. Of what it means to feel helpless in the face of the world closing in on you, even as outsiders assume you’re living a charmed existence. Public figures in the British royal family aren’t usually this revealing about what the experience is like, or what it means to be subject to an obsessive level of often irrational coverage in the British media. And he’s very clear: He and wife Meghan Markle left the U.K. to start anew in California specifically for reasons pertaining to their mental health.

According to Apple, “The Me You Can’t See” has been the most watched program so far on the streaming platform, worldwide. On Friday, Apple added a town hall-style special that reunited Winfrey, Harry and some of the show’s other participants.

Missing from the series is what talk therapy can actually look like. In the third episode, we see Harry take part in a treatment called EMDR (eye movement desensitization and reprocessing) where he meets with a therapist virtually, laptop to laptop. “For most of my life I’ve always felt worried, concerned, a little tense and uptight whenever I fly back into the U.K. Whenever I fly back into London,” he tells her. So she has him try to picture himself on an airplane while crossing his arms over his chest and gently tapping his shoulders. And then he stops to talk about what he’s feeling. We don’t really get a sense of what’s happening. It’s too internal a process.

For a fictionalized version of the possibilities — and limitations — of talk therapy, you can turn to HBO’s “In Treatment,” which has returned after a 10-year break. The first three seasons starred Gabriel Byrne as the therapist; the newest season replaces him with “Orange Is the New Black” alum Uzo Aduba as Dr. Brooke Taylor, who, due to the pandemic, meets with patients in the living room of her gorgeous mid-century modern home in Los Angeles.

Every episode is a two-hander. Anthony Ramos plays a home health care worker who may be suffering an emotional breakdown. John Benjamin Hickey plays a smug tech executive who served prison time for his white collar crimes. And Quintessa Swindell plays a high school senior who chafes under her grandmother’s strict eye and her father’s disinterest. Brooke is also going through issues of her own, which she talks about with her longtime confidant played by Liza Colon-Zayas.

The series is a huge undertaking by current standards. The season is 24 episodes (Adubo anchors them all) filled with intense confrontations and drama. I don’t know that it’s necessarily an accurate portrayal of therapy — sometimes the sparring is so adversarial, it feels like both parties are scoring gotcha moments — but it’s engrossing and absorbing, exploring anxieties that stem from external factors, like racism, to internal factors, like self-loathing. One of the things I love about the show is that Brooke’s character is exquisitely turned out for each session. Costume designers tend to favor unobtrusive wardrobes for therapists in TV and film, but Brooke’s clothing is glamorous and expensive and eye-catching. It’s a big part of the show’s appeal.

If there’s a misery that comes with facing yourself — facing your flaws — there’s an incredible freedom that comes with it, as well. This is proven time and again on the Showtime docuseries “Couples Therapy.” I’ve written about this show before and I’m just continually impressed with how human but also informative it can be. Though focused on the strife and challenges of living with another person, often the sessions delve into each partner’s back story in order to unravel some of the origins of what’s really going on.

This season, there’s an episode in which the therapist, Dr. Orna Guralnik, talks to a wife named Michal, who comes across as tightly wound and easily angered. Guralnik is excavating where these moods and behaviors come from, and she suspects some of this can be traced back to Michal’s mother, who felt her own life was full of disappointments and in turn put incredibly high expectations onto her daughter.

“You keep going back to the language of, ‘She wants what’s best for me, so I can’t be angry,’” says Guralnik. “But it kind of puts you under a spell where you can’t utter other words like, ‘She’s very anxious and she needs me to fix it for her.’ Which makes you anxious, because it’s an impossible job.”

Michal responds: “She gave me a guideline for life. She drew up the blueprints and now they’re there. But I don’t refer back to the blueprint and go, ‘Well, is this going to upset the architect?’ I don’t think about that.”

That’s because your mother’s anxiety about failure is built into the blueprint, Guralnik says. And maybe it’s not simply a blueprint of “This is the good life.” Maybe that built-in anxiety tells you something about your parents’ own unhappiness — and that you’re being recruited to do something about it.

Michal: “But I’m never thinking that.”

Guralnik: “If you were thinking that, you’d be cured!” That prompts a laugh from Michal. “That’s how the unconscious works,” Guralnik continues. “Once you are aware, you will not be anxious anymore.”

On “The Me You Can’t See,” Winfrey calls these a-ha moments.

But talking about a-ha moments in the abstract and seeing one actually unfold is a world of difference. Not surprisingly, the latter is a far more meaningful way to convey the power of therapy.

Sometimes referred to as "talk therapy," psychotherapy is used to help people with a variety of mental illnesses and emotional difficulties. One of the goals of psychotherapy is to eliminate or control symptoms that can adversely affect a person's overall well-being and ability to function.

People who are skeptical of psychotherapy should know that hundreds of studies have found it helps people make positive changes in their lives. The American Psychological Association notes that reviews of these studies found that roughly 75 percent of people who enter psychotherapy show some benefit, while other reviews indicate that the average person who engages in psychotherapy is better off by the end of treatment than 80 percent of those who do not receive any treatment.

The National Institute of Mental Health notes that more than one-quarter of American adults experience depression, anxiety or another mental disorder in any given year. Psychotherapy may be considered to help people dealing with such mental illnesses. Mental health professionals use several types of psychotherapy to treat men and women in their care and may even combine elements from some of the following therapies to meet the needs of the people they're treating.

Cognitive behavioral therapy: Cognitive behavioral therapy, or CBT, can help people identify and change harmful or ineffective thinking and behavior patterns. The American Psychiatric Association (APA) notes that CBT aims to replace these thoughts and behaviors with more accurate and functional thoughts and behaviors. CBT may involve practicing new skills in the real world. Dialectical behavior therapy is a specific type of CBT that helps people regulate their emotions and teaches them skills to help them take personal responsibility in regard to changing their unhealthy or disruptive behaviors.

Interpersonal therapy: A short-term form of treatment, interpersonal therapy, or IPT, helps people understand troublesome interpersonal issues such as grief, changes in social or work roles and conflicts with significant others. According to the APA, IPT can help people learn healthy ways to express their emotions and how to improve the way they communicate with others.

Therapists may rely on various therapies to treat patients with mental illness and emotional difficulties. Learn more about psychotherapy at www.psychiatry.org.