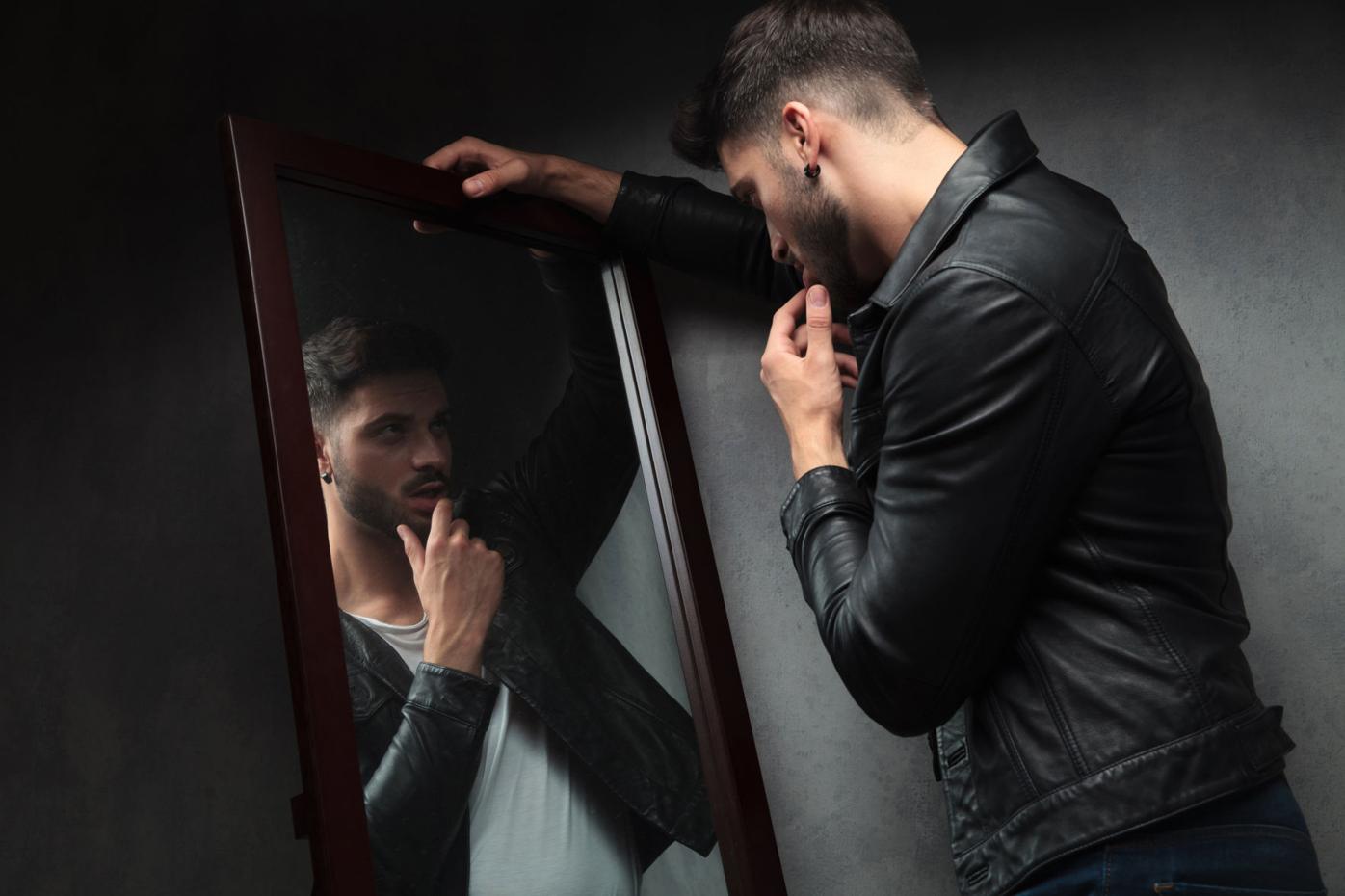 A true narcissist has a lot more going on than just a devoted relationship with their phone camera. 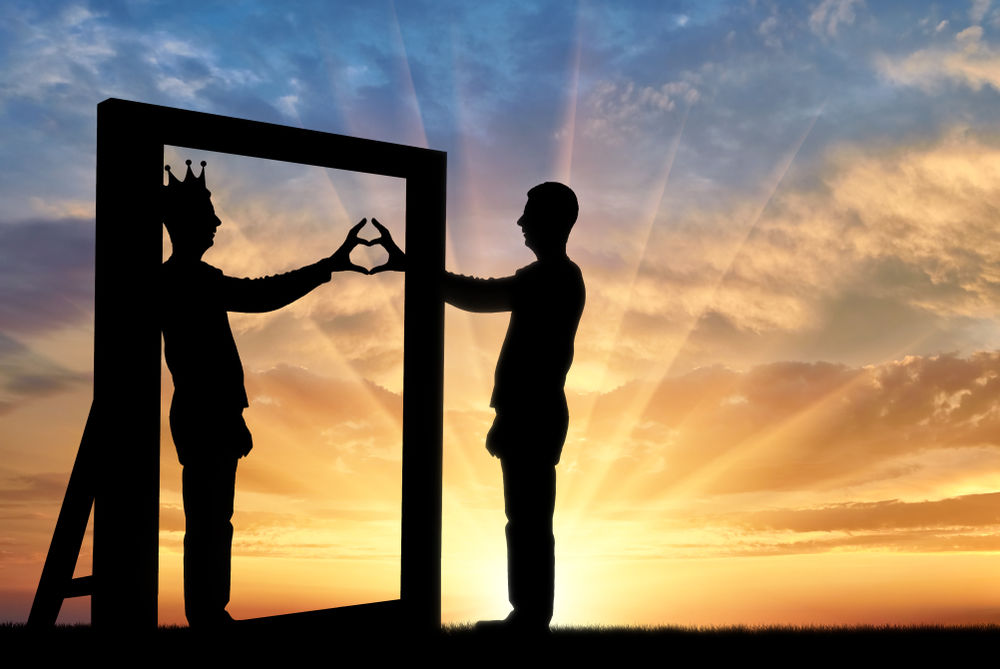 Narcissists believe they’re superior to those around them and will lie to build up the grand image they have of themselves. 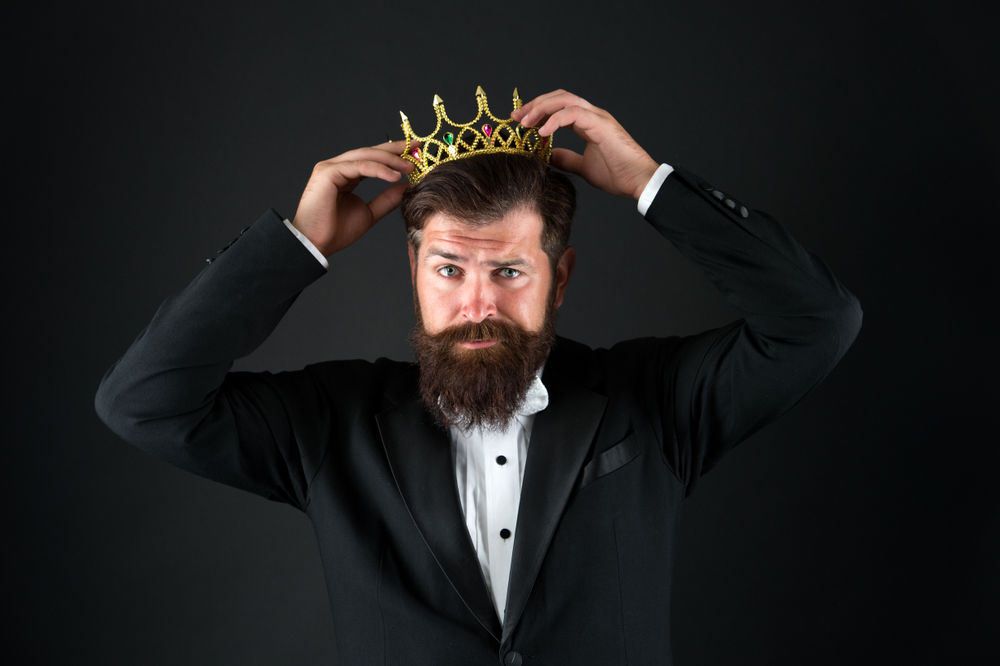 Narcissists have a grandiose sense of self-importance as well as a preoccupation with fantasies of unlimited success, power, beauty and/or love. 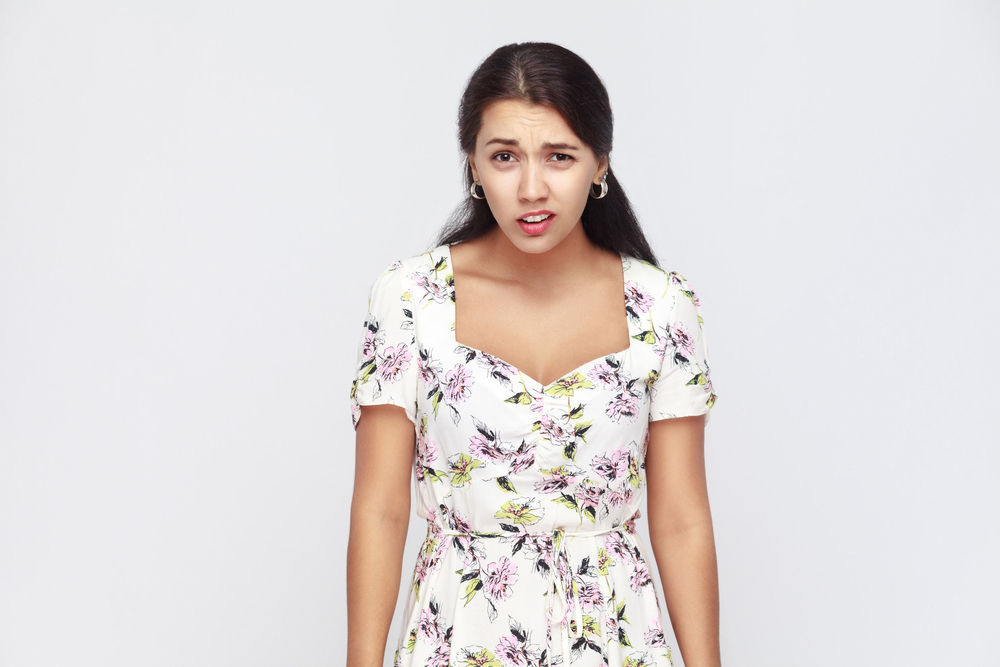 Narcissists are perpetually envious of others. If you achieve something, it’s common to receive a snide remark or put down instead of being congratulated. 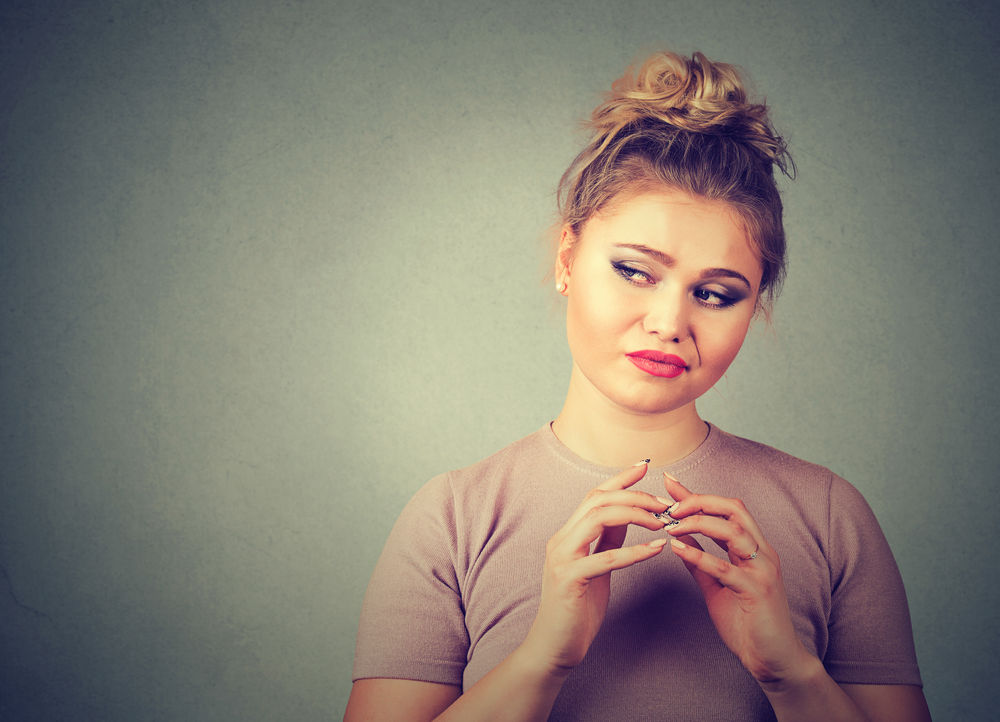 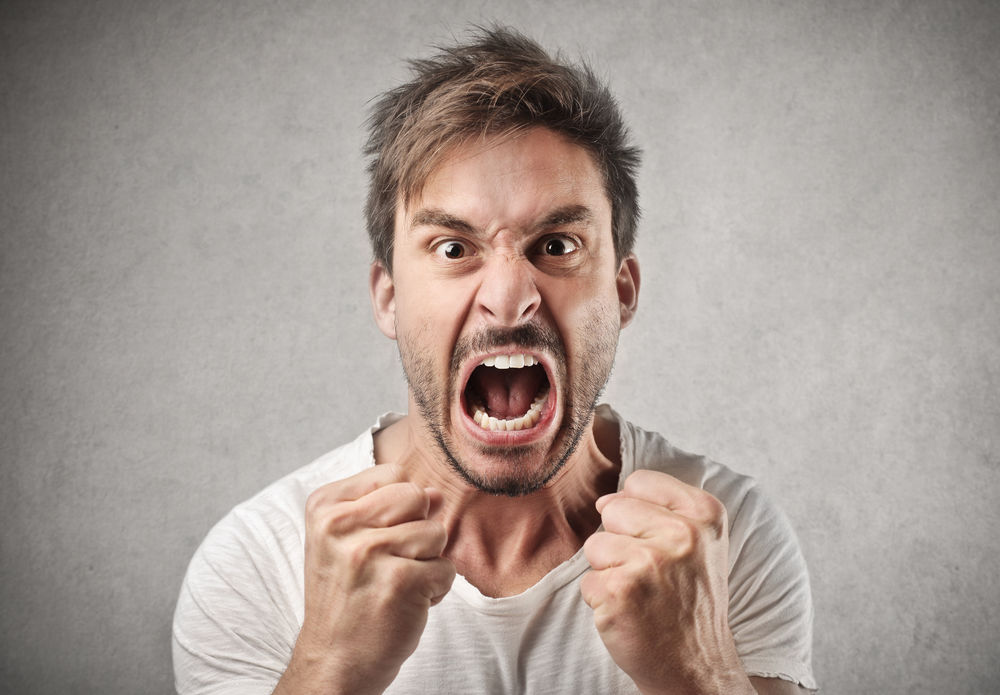 Narcissists hate to be called out on their behavior and tend to react with unexpected and uncontrollable anger and desire for revenge.

A true narcissist has a lot more going on than just a devoted relationship with their phone camera.

Narcissists believe they’re superior to those around them and will lie to build up the grand image they have of themselves.

Narcissists have a grandiose sense of self-importance as well as a preoccupation with fantasies of unlimited success, power, beauty and/or love.

Narcissists are perpetually envious of others. If you achieve something, it’s common to receive a snide remark or put down instead of being congratulated.

Narcissists hate to be called out on their behavior and tend to react with unexpected and uncontrollable anger and desire for revenge.

One too many Snapchat selfies and a few too many hours spent pouting and boom, the word “narcissist” starts falling out of everyone’s mouth. But a true narcissist has a lot more going on than just a devoted relationship with their phone camera.

It’s a diagnosable personality disorder that forms early in life.

“We often think narcissism means vanity, but being a narcissist is quite different,” explains Hannah Martin, psychotherapist. “Occasionally, we all might do something you could say is a bit narcissistic. But to be an actual narcissist, you’d need to demonstrate a cluster of these behaviors on a consistent basis.”

So, does this condition spring from birth or is it a learned behavior? The jury’s still out — though most experts point to a person’s upbringing, rather than their biology.

But one thing is certain: Spending time around a narcissist can do a number on your mental health. If you recognize many of the harmful behaviors on this list, it’s possible you’re dealing with a narcissist.

WHAT ARE THE SIGNS?

Narcissistic Personality Disorder (NPD) is one of the least studied personality disorders. Because of this, there’s quite a bit of debate over diagnosis and treatment. The following signs are commonly seen in narcissists but this is by no means an exhaustive explanation.

And with that in mind, this information shouldn’t be used to self-diagnose or impose a diagnosis on another. Only a licensed mental health professional can give a formal diagnosis.

1. They’ll do and say anything to prove they’re the best

When it comes to Over The Top, narcissists have exaggerating down to, well, a T. They believe they’re superior to those around them and will lie to build up the grand image they have of themselves.

A narcissist might claim to be the driver behind that recent multimillion-dollar deal, even though they only typed up the meeting minutes.

At the same time, their grand sense of self-importance drives them to dream big. They might fantasize about rubbing elbows with the CEO of Google or dating a celebrity. To rationalize these dreams, they spin a web of stories with little ties to reality.

It can be maddening to live or work alongside a person who willfully distorts the facts. You might feel overshadowed by their self-importance or frustrated that people actually believe some of the lies they spout.

How to cope: If their lies are really starting to get to you, do what you can to put distance — physical and emotional — between the two of you. And remember, it’s likely you’re not the only one who’s noticed they’re exaggerating.

2. They’re desperate for your affirmation

One of the most important things to understand about a narcissist is that they feed off other people’s attention.

“Narcissists require something called ‘narcissistic supply,’ which is basically attention,” explains Martin. You might compliment their new bag. But they’ll push for more. “Isn’t the color amazing? Guess which designer it’s by?”

Needless to say, conversations can become very one-sided — and tiring.

Recognize why they act this way and try to feed into it as little as possible. You’re not a machine, after all!

They show up for work late, leave early and miss deadlines. But they definitely deserve that pay raise, right?

A narcissist believes they’re entitled to the best with very little effort. Unfortunately, when this doesn’t come to fruition, the result is often drama and tantrums, a la toddler-style.

A narcissist might also believe they’re too special to carry out certain tasks. Think about that housemate who refuses to clean the toilets or take out the trash because that’s “beneath them,” or a sibling who refuses to come to your party because the bar you’ve chosen isn’t exclusive enough.

It can feel downright unfair to coexist with a person who moves through the world with such a haughty sense of self.

4. Sneering is their preferred form of congratulations

Narcissists are perpetually envious of others, while also believing, (usually without good cause) that others are envious of them. They deserve the very best, and woe betide if you have something they don’t.

If you achieve something, it’s common to be put down instead of congratulated. The offhand snide remark or negative comment can sting, and when it’s a regular part of the relationship it can become a form of emotional abuse.

How to cope: If this kind of behavior has you down, talk to your friends and family. They’ll be able to fill the void of support left by this person’s selfishness. You may also want to talk to a mental health professional, especially if the narcissistic person is family.

5. You always seem to hear from them when they need something

A narcissist will do anything to get what they want — even if it means using you for their own gain.

Does that friend suddenly get in touch when they need a favor, drop you like a hot stone once they’ve got what they need, then call again the next time they require a hand? They’re not afraid to scroll through their contacts and turn on the charm.

It can hurt to feel exploited or used, especially when you believed there was genuine interest and friendship. It’s important not to let it impact your trust in other friendships, though.

Narcissists are skilled at turning around the facts to portray themselves as the victim. They might constantly say you’re being too sensitive to make their own selfish actions seem less impactful.

Being manipulated like this can be incredibly destabilizing and confusing. You may feel less confident.

7. When you call them out, they lose it

Nobody loves to be called out — but narcissists tend to react with what Martin describes as “unexpected and uncontrollable anger and desire for revenge.”

“Narcissists love to be in control, especially of their public image,” explains Martin. “Remember, this is carefully contrived to preserve their fragile self-esteem. If they are challenged or exposed, it can trigger narcissist rage.”

It can be scary to be on the receiving end of someone’s temper.

Remember: A screaming match is exactly what they want, so try to keep calm and not engage.

If your relationship with a narcissist is having severe impacts on your life, it’s a good idea to seek the help of a mental health professional. They’ll be able to help you process your feelings and steer you toward the right resources.

Previously, the American Psychiatric Association stated Narcissistic Personality Disorder (NPD) is diagnosed when a person shows five or more of the traits below. But many in the medical community aren’t satisfied with this criteria and find, in practice, diagnosing NPD is much more nuanced.

A grandiose sense of self-importance

Preoccupation with fantasies of unlimited success, power, beauty and/or love

Believe they are special and unique

Have a habit of envying others, or believe others are envious of them

What can you do?

Being around a narcissist can be emotionally draining and destabilizing. You may be desperately in search of a fix or cure for their behavior, especially if they’re a loved one of otherwise close to you.

“Narcissists are very, very hard to treat,” says Sarah Davies, counseling psychologist and author of “Never Again — Moving On from Narcissistic Abuse and Other Toxic Relationships.”

“As far as they’re concerned, there’s nothing wrong with them, and it’s everyone else’s fault, problem, and responsibility. For that reason, they’re very unlikely to ever go to therapy. If they do, it’s usually to continue finger pointing and remain in the victim mentality.”

If they’re not going to change, and cutting them out isn’t in the cards, what can you do to keep from sinking under the weight of their load?

Know what you’re dealing with.

Use flattery when necessary (you'll rarely win by challenging.)

Reflect their behavior back on them (Try a phrase such as, “I can see you’re trying to guilt trip me.”

Let go of trying to fix them.

Give yourself some extra love and care (To counter their negativity, make sure to take extra good care of yourself. Call your friends, take a vacation, splurge on some new underwear — do all those little things that bring you joy).