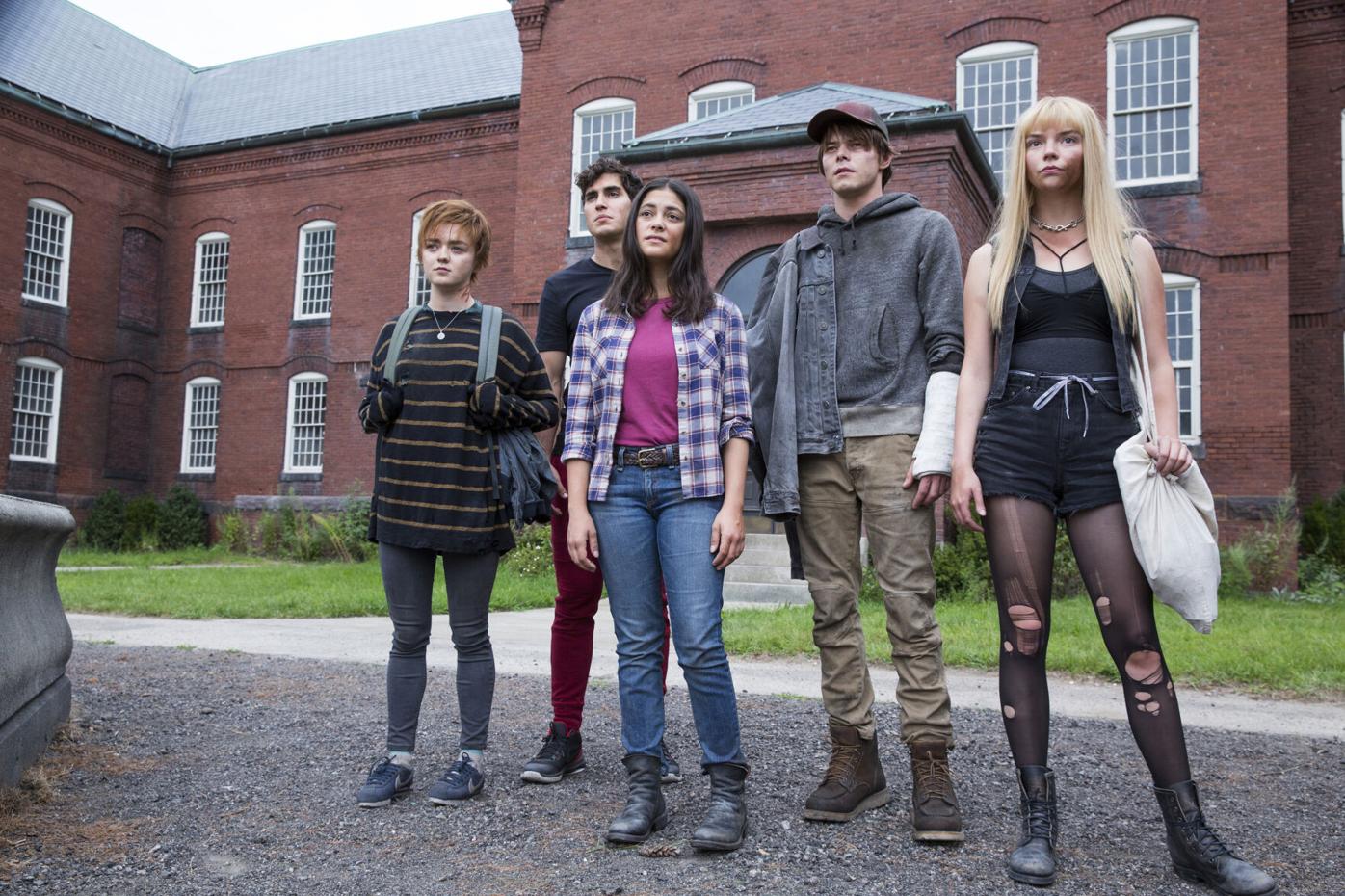 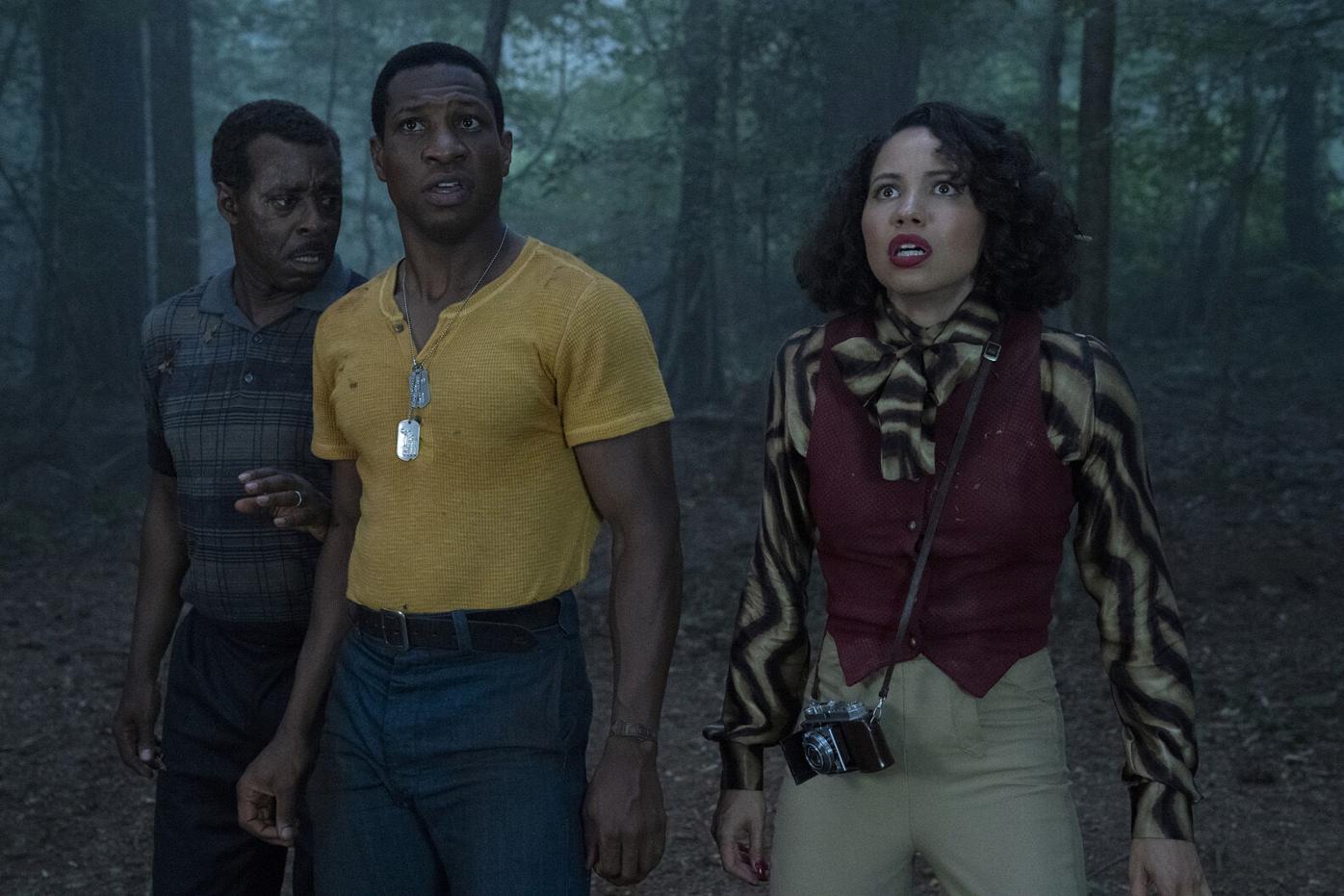 Comic-Con@Home, the attempt by the San Diego Comic-Con to replicate the show’s experience online, had at least one major similarity to its live-action predecessors: Tons of big announcements came out of the panel discussions.

Let’s take a look at a few:

Cast members Aunjanue Ellis, Abby Lee, Jonathan Majors, Wunmi Mosaku, Jurnee Smollett, Michael Kenneth Williams and Courtney B. Vance were on hand to discuss this new HBO series, debuting Aug. 16. It features a Black man in search of his missing father in the Jim Crow South of the 1950s, while beset by eldritch threats straight out of H.P. Lovecraft (hence the title).

Both angles of the show are equally lethal for the cast. It doesn’t matter whether you’re killed by Cthulhu or a lynch mob, you’re equally dead either way.

Obviously, the panel explains, the racial themes will resonate with current events, because things haven’t improved that much since 1955. Also, the show will explore family dynamics between various characters and the larger Black experience. “It’s a show about family, in search of family,” Smollett says.

One newly revealed character is a human foe, a character named Christina Braithwhite, played by Lee. She’s “the only daughter of a leader of a secret order called the Sons of Adam ... natural philosophers and alchemists” Lee said. “She’s the ultimate provocateur, the agent of chaos, the white antagonist. ... She’s the Karen.”

This panel offered a cool trailer for the season 10 finale, which has long been delayed by a real-life plague. The big news is that “A Certain Doom” finally has an air date: Oct. 4, at 9 p.m. on AMC.

The weird thing is that despite being the long-touted season finale, it actually won’t be: The panel revealed that the season will be extended by six additional episodes, airing sometime in 2021. Then season 11 will also launch, also in 2021. That seems ... ambitious.

Meanwhile, the panel also announced start dates for the season 6 premiere of “Fear the Walking Dead” (Oct. 11), and the arrival of the new show, the limited-to-two-seasons “The Walking Dead: The World Beyond” (Oct. 4 at 9 p.m. CDT).

This movie, which has been postponed roughly 5 million times, is still on the schedule to be released in theaters on Aug. 28. Does anyone really believe that?

“All I know is when the movie is about to open again, it’s like there’s (going to be) an asteroid that’s going to hit the earth,” filmmaker Josh Boone said, jokingly.

But the trailer is awesome, and makes clear what has always been assumed, that the film is based on the “Demon Bear” saga from 1984 “New Mutants” comics, written by Chris Claremont and illustrated by Bill Sienkiewicz.

Also, Illyana Rasputin, code name Magik and played by Anya Taylor-Joy (“The Witch”), is a badass. As is right and just.

This panel lasted a whopping 80 minutes — but it had a lot of ground to cover, including all three current series, “Star Trek: Lower Decks” (debuting Aug. 6 on CBS All Access), “Star Trek: Picard” and “Star Trek: Discovery.” There were no grand announcements about these shows, but that’s fine: Seriously, we spend a lot of time with these folks when they’re in character, so it’s nice to see them in civvies discussing the philosophy of the shows and the roles they play.

My main takeaway is that Patrick Stewart expressed satisfaction with how “Picard” is going. You may recall that he was initially reluctant to revisit the role. Also, “Discovery’s” second season’s finale will hold: The show really will continue in a heretofore unexplored far future.

The panel did announce one new show, and spent a little time with a previously announced newbie.

“Star Trek: Prodigy” is a new animated series aimed at children, which will air on Nickelodeon. It features some future teens who find a derelict Starfleet ship and take it on walkabout. “Prodigy” takes place right after “Star Trek: Nemesis,” and well before “Star Trek: Picard.”

Amazon hosted a panel on their adaptation of the Garth Ennis-Darick Robertson series of graphic novels. It included this announcement from showrunner Eric Kripke: “Amazon, in a bold and historic push to expand their ‘weirdo’ demographic, has greenlit season three of ‘The Boys.’”

As if to prove Kripke’s description, the accompanying trailer for the second season featured a horrifying scene involving The Boys, The Deep, a whale and a speedboat. “The Boys” returns Sept. 4.

Marvel’s “Helstrom”, which will premiere on Hulu Oct. 16 for 10 episodes, is a story “about good and evil, right and wrong,” as it was described by showrunner Paul Zbyszewski. The show adapts various Marvel characters and series, so we comics fan already know more than the rest of the audience about what’s going on (which I’ll share).

“Helstrom” stars Tom Austen as Daimon Helstrom and Sydney Lemmon as his sister Ana, children of a mysterious and powerful serial killer (it’s Satan! SATAAAAAN!) who have mysterious skills. They hunt the worst of humanity, but evidently their agendas are going to diverge.

It’s not going to be pretty.

Here’s some more news, as brief as I can make it:

”Bill & Ted Face the Music” has a release date: Sept. 1. The twist is that it will be available at select theaters (i.e., those that are open) and VOD at the same time.

”Archer” returns Sept 16: Sterling awakens from his coma into a world where Cyril is buff, drinking on the job is banned and off-color humor is discouraged. (He may want to go back to sleep.)

View these trailers: Go online to see Apple’s “For All Mankind” Season 2, HBO’s “His Dark Materials” Season 2, Fox’s “NEXT” and Amazon’s “Utopia.”