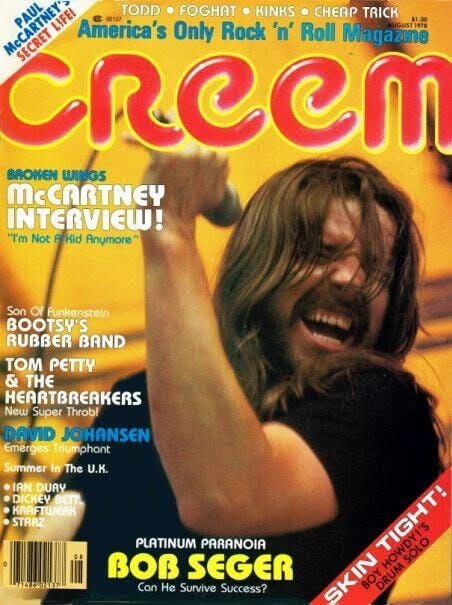 Creem was a publication that cared passionately about music, rejected mainstream styles, never took itself too seriously and could be rude, juvenile and sexist. 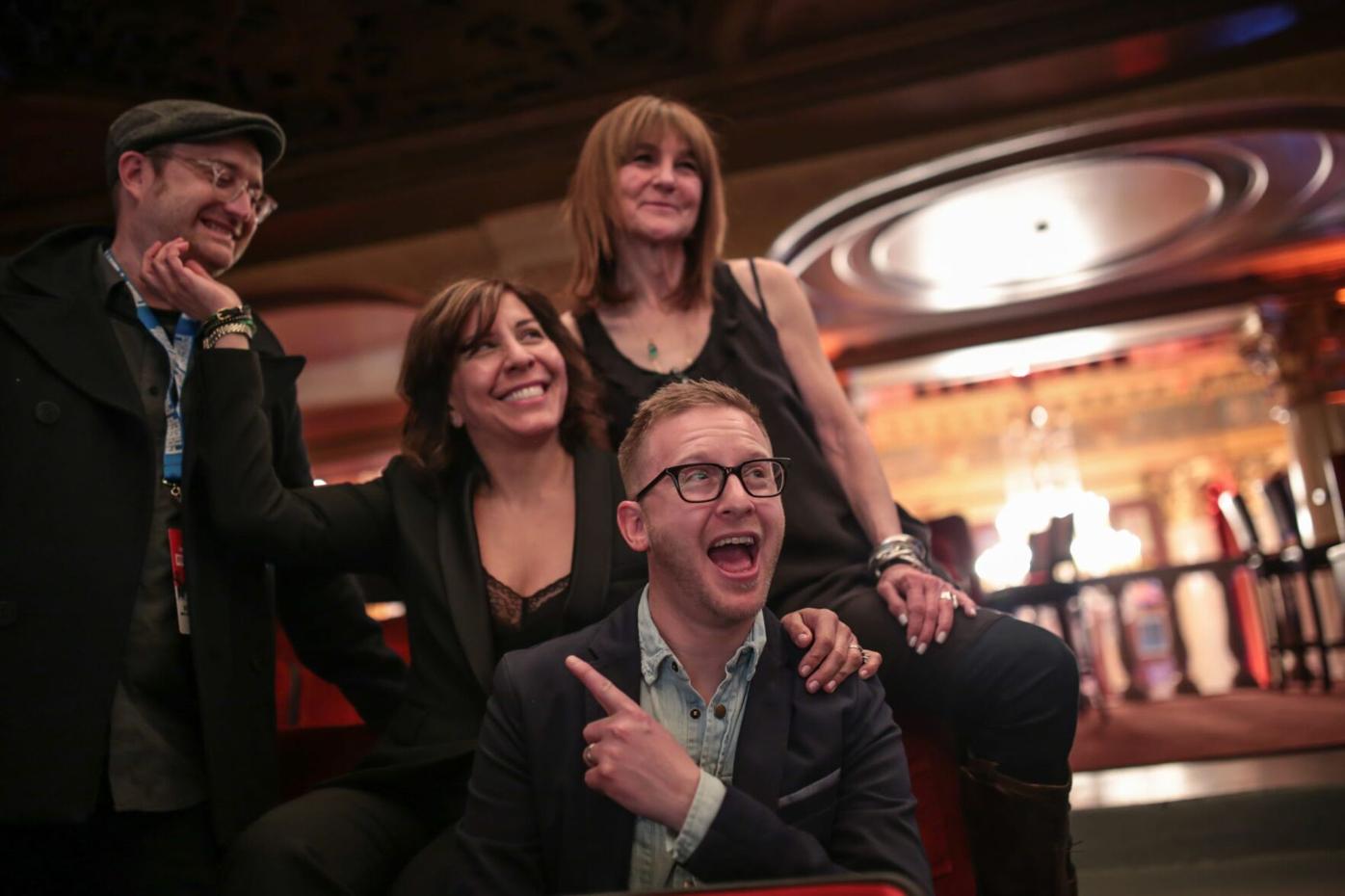 Director Scott Crawford, left, Margaret Saadi Kramer executive producer, Jaan Uhelszki producer /writer and JJ Kramer, producer and son of “Creem” publisher Barry Kramer pose for a photo before the showing of “Boy Howdy: The Story of Creem Magazine” during the opening night of the Freep Film Festival at the Fillmore Theatre in downtown Detroit on Wednesday, April 10, 2019.

Creem was a publication that cared passionately about music, rejected mainstream styles, never took itself too seriously and could be rude, juvenile and sexist.

Director Scott Crawford, left, Margaret Saadi Kramer executive producer, Jaan Uhelszki producer /writer and JJ Kramer, producer and son of “Creem” publisher Barry Kramer pose for a photo before the showing of “Boy Howdy: The Story of Creem Magazine” during the opening night of the Freep Film Festival at the Fillmore Theatre in downtown Detroit on Wednesday, April 10, 2019.

To anyone starting out in music journalism around 2000, “Almost Famous” — director Cameron Crowe’s warm-and-fuzzy remembrance of his adventures as a teenage Rolling Stone writer — felt about as old-timey as that year’s other big music-historical fantasy, “O Brother, Where Art Thou?”

Twenty years later, a new documentary about Rolling Stone’s happily scrappy competitor, Creem magazine, offers an even less relatable portrait of rock criticism — and not just because the intervening decades have largely hollowed out the idea of getting paid to write about music.

Directed by Scott Crawford with cooperation from several of the magazine’s insiders, “Creem: America’s Only Rock ‘n’ Roll Magazine” charts the chaotic rise and inevitable descent of the Detroit-based publication that branded itself an arbiter of truth as rock was adapting the machinations of big business in the 1970s.

Founded by an ambitious head-shop proprietor named Barry Kramer, Creem grew up amid the working-class Motor City counterculture that also produced the proto-punk Stooges and MC5.

Yet the magazine, we’re told, took pains to assert its editorial independence: If Rolling Stone’s staff wanted to be friends with the stars they covered, Creem’s — including its most mythologized writer, the late Lester Bangs, depicted in “Almost Famous” by Philip Seymour Hoffman — delighted in making enemies of rockers such as Lou Reed and Joan Jett, the latter of whom turns up here to recount a savage review. (Other talking heads include R.E.M.’s Michael Stipe, who says a photograph of Patti Smith in Creem changed his life, and veteran critics like Robert Christgau and Greil Marcus, both of whom wrote for Creem before moving on to more august positions.)

Neither magazine’s approach is recognizable today, when the access to celebrity that Rolling Stone enjoyed has become an illusion and when Creem’s willfully antagonistic streak has given way to a critical culture fueled for the most part by adoration. That England’s smart-alecky Q magazine, perhaps the last of Creem’s spiritual successors, just announced its closing says plenty about the economic viability of such a title at a moment when even the friendliest media outlets are struggling to survive.

In Crawford’s workmanlike documentary, which punctuates interviews with bits of archival footage, Creem’s irreverence is unquestionably framed as a virtue; so too is the appalling man-child behavior that folks like Bangs and one of the magazine’s editors, Dave Marsh, fooled their peers into believing was inseparable from their genius. As Stipe and others point out, Creem illuminated rock’s queerness and its femininity — it championed outre glam acts like Kiss and Alice Cooper while Rolling Stone was soothing moneyed boomers with James Taylor — and gave voice to women writers long before many of its mainstream counterparts.

But the magazine, which had hundreds of thousands of readers at its mid-’70s peak, was just as likely to embarrass itself with the offhand misogyny of a review like that of Jett’s Runaways.

Yet “Creem: America’s Only Rock ‘n’ Roll Magazine” does so little to showcase Creem’s writing — the funny, inventive, ultra-impassioned reviews and profiles that sought not merely to capture rock’s energy but to embody it — that any viewer who hasn’t read dozens of moldy back issues is left to wonder why anybody, inside or outside the magazine’s office, would tolerate so much nonsense. (Following Kramer’s death in 1981, Creem cycled through a series of owners before ceasing publication in 1989.)

The film relies too much on people who were there to tell us how great it all was.

And that keeps Creem trapped in history — a fading memory as opposed to a useful example.

The documentary is in theaters and on virtual cinema. See creemmovie.com