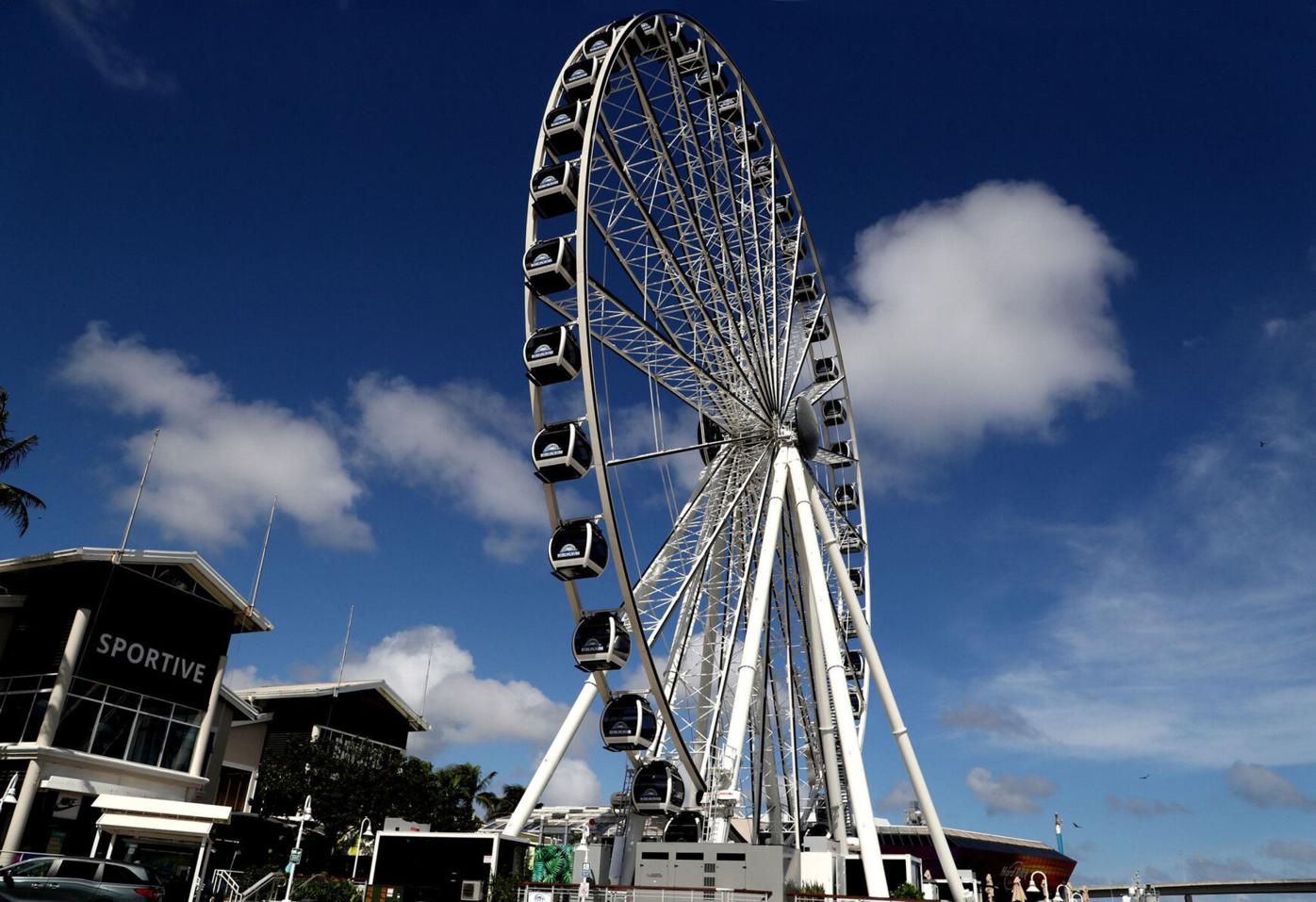 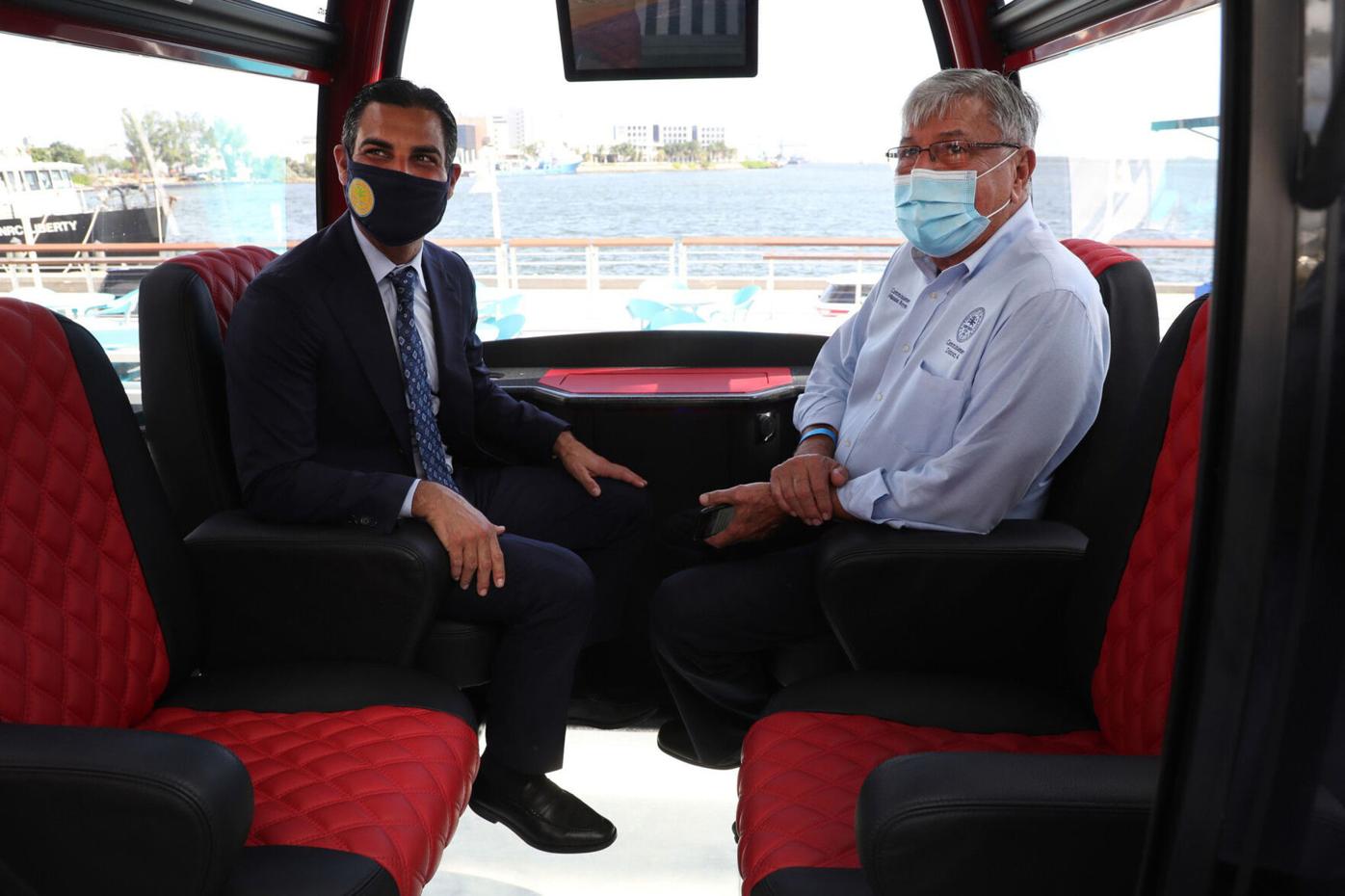 The 200-foot high Ferris wheel — or observation wheel, as it’s known in the tourism biz — allows you to take in spectacular views of Biscayne Bay and the city’s skyline. There are 42 climate-controlled gondolas with music and video features.

Each enclosed gondola can hold up to eight people, staying in compliance with state and local COVID-19 guidelines. Masks are required.

There is one VIP gondola with a glass floor, leather bucket seats and a custom LED light show.

The ride lasts about 15 minutes.

Skyviews Miami is modeled after the instantly recognizable London Eye, which sits on the South bank of the Thames River and is one of the most popular tourist attractions throughout the United Kingdom. The London Eye, also called the Millennium Wheel (it opened in 2000), is 443 feet tall.

Orlando also has a similar tourist experience called the Wheel at Icon Park, which opened in 2015. More popularly known as the Orlando Eye, that observation wheel is twice as high, at 400 feet, as Skyviews Miami.

Skyviews Miami was designed by Switzerland-based Ronald Bussink, a giant in the Ferris wheel/amusement park industry.

Chris Santarelli, a spokesman for Ashkenazy Acquisition Corporation, which operates Bayside Marketplace, explains the commitment it took to complete Skyviews Miami, “Over the last three years, various public and private stakeholders have worked to build community and local business support for this project and gain appropriate public sector approvals before putting a shovel into the ground. The construction ... required significant time and, like many other businesses, our plans were disrupted by COVID-19-related delays.”

The VIP gondola is $50 per person. You can also have your VIP ride catered.

For more information, go to SkyviewsMiami.com.