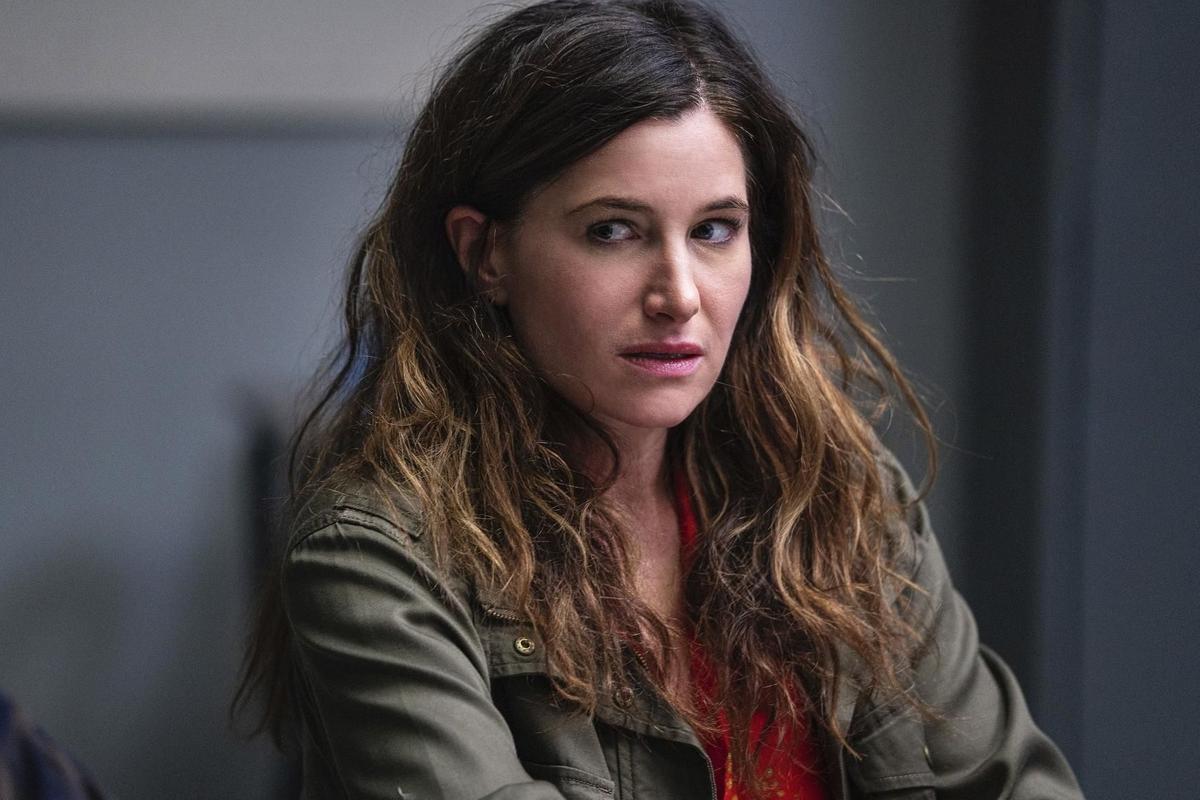 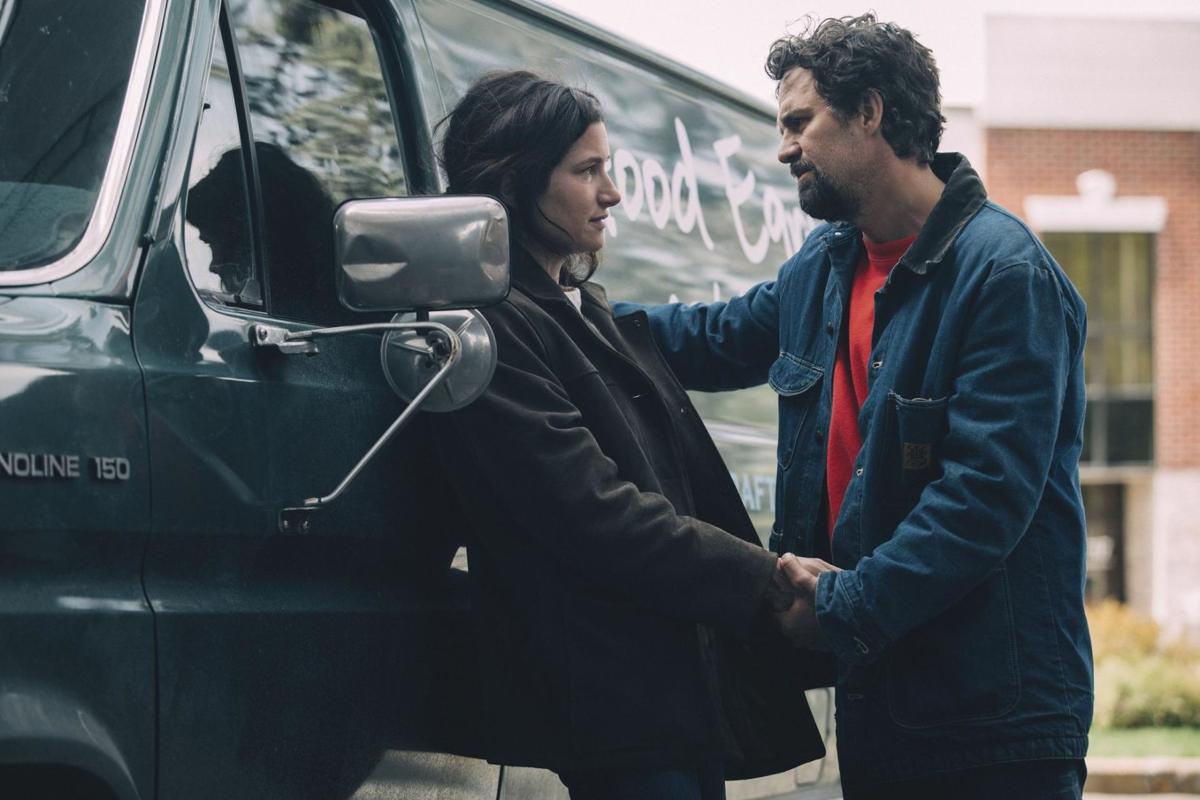 Kathryn Hahn and Mark Ruffalo appear in a scene from HBO’s new drama, “I Know This Much Is True.” 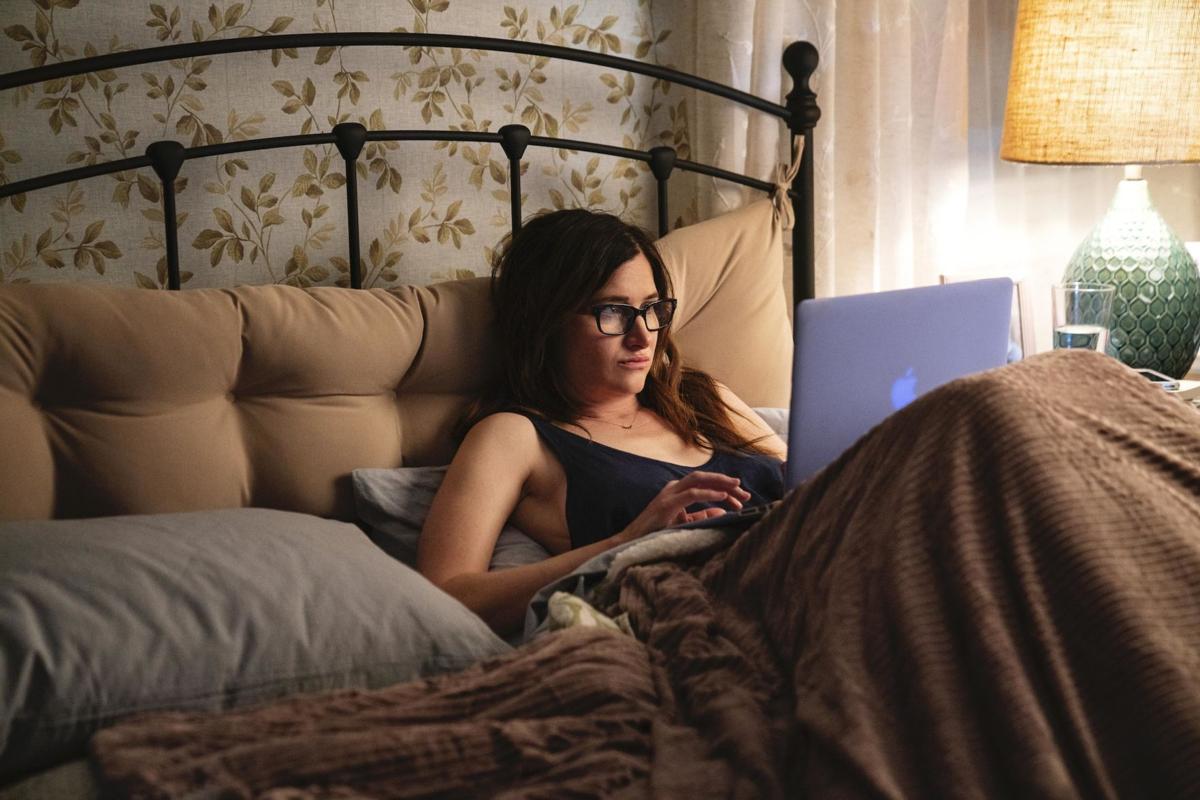 Kathryn Hahn as the title character in “Mrs. Fletcher.”

Kathryn Hahn and Mark Ruffalo appear in a scene from HBO’s new drama, “I Know This Much Is True.”

Kathryn Hahn as the title character in “Mrs. Fletcher.”

With theaters shuttered for the foreseeable future, the Geffen Playhouse in Los Angeles has been offering virtual content each week under the banner “Geffen Stayhouse.” One of the more hilarious contributions comes courtesy of Kathryn Hahn, who has reimagined an excerpt from David Mamet’s “Glengarry Glen Ross” (along with her children and husband Ethan Sandler) as performed by American Girl dolls, giving a wonderfully surreal and comical spin to Mamet’s effusive profanity (carefully beeped in the video).

“Listen, anything to give support to theater, which has obviously been suffering,” Hahn said, laughing. “It was so silly and small. My friend Matt Shakman, who runs the theater, was asking for participants and I knew I wanted to enlist the whole family in some way, but not show faces. And the idea just came to us (laughs) and made us giggle and we did it in such a short amount of time. It’s hilarious, we had a very reluctant 13-year-old cameraman, our son, behind it.”

Coming off last fall’s starring role in the critically acclaimed HBO series “Mrs. Fletcher,” Hahn can be seen currently in the miniseries adaptation of the Wally Lamb novel “I Know This Much is True” (also for HBO) as well as the upcoming Apple TV+ animated musical comedy “Central Park.”

Tonally, the projects sit on opposite ends of the spectrum. Shot in muted color palette, “I Know This Much is True” centers on twin brothers (both roles played by Mark Ruffalo) and the weight and pain of their family secrets and dysfunction.

Hahn said she connected to the story’s “idea of family and loyalty and those bonds. And mental illness and stigma and shame. And forgiveness. Growth. And letting go of carrying the emotional burden of things that aren’t yours to carry; you know, classic co-dependency issues.”

By contrast, “Central Park” is bright and upbeat, about the escapades of a family that resides in the park of the title. “It’s created by the amazing Loren Bouchard, who does ‘Bob’s Burgers’ among other things, and the incredible Josh Gad,” Hahn said. “I play the wife of Leslie Odom Jr.’s character, which has given me a lot of points with my daughter, who is as obsessed with ‘Hamilton’ as the rest of the planet. The cast is just this incredible group of amazing vocal artists and I’m … really good at karaoke.”

Born in the Chicago suburb of Westchester, Hahn’s family moved out of state by the time she was a year old, but she later returned for college at Northwestern University. “That’s where I met my now-husband, we met freshman year. We were there when Lookingglass Theatre launched; David Schwimmer had already graduated and there was definitely a reverence around him, for sure. And Mary Zimmerman and Frank Galati. It was a really amazing time of theaters exploding in Chicago.”

After graduation, she said, “it was a real question of: New York or stay in Chicago? We had no money anyway, we were just swimming in debt, so we figured might as well go to New York while we’re young and broke — basically what every parent wants to hear their child say. But it was a hard decision because of the incredible theater scene in Chicago.”

That affinity for Chicago theater might explain why she’s developed such a creative bond with Chicago native Jill Soloway. Working with sister Faith in the early ’90s, Soloway developed what would become the most renowned show to come out of the Annoyance Theater, “The Real Live Brady Bunch.”

Annoyance founder Mick Napier “always used to talk about protecting the process,” Soloway said, “and closing yourself to the outside world so you could just play — with as much joy and abandon as possible — and then putting it out into the world without a focus on, ‘Is it going to make money and where’s the profit?’ And Kathryn was the first person I think where — I had been in Hollywood and working on things like ‘Six Feet Under’ and ‘United States of Tara’ — and she brought back that sense of play to me where you kind of close the doors and just believe the best about each other. So Kathryn and I cracking each other up became my process.”

Hahn and Soloway first worked together on the 2013 film “Afternoon Delight,” about a restless, comfortably affluent LA suburban mom who befriends an exotic dancer.

“I actually went and did some Googling and found some of the stuff that she did when she was at Northwestern, and it was actually very much like Annoyance stuff,” Soloway said. “She’s a great actor — I call her Dame Kathryn Hahn — but if you look back at the stuff she was doing with Ethan around the time she was at Northwestern, she did very Annoyance Theater type stuff. She’s actually really hilarious. One of the funniest people you’ll ever meet.”

Hahn worked again with Soloway on “Transparent” and “I Love Dick,” both for Amazon. “She’s definitely one of the people I think of like a muse,” Soloway said. “I like to think of us like Scorsese and Robert De Niro.”

Even with all of Hahn’s success in TV and film, it’s not hard to picture an alternate timeline of her staying in Chicago and immersing herself in the theater scene here.

“I miss Chicago though, so much. We’ve been watching ‘The Last Dance’ (ESPN’s Michael Jordan docuseries) and reminiscing about that period of time because that was when were in college. I’ve got to wait until these kids get older, but I would love to come back and do a play.”

“I Know This Much is True” began airing on HBO earlier this month; “Central Park” premieres May 29 on Apple TV+.