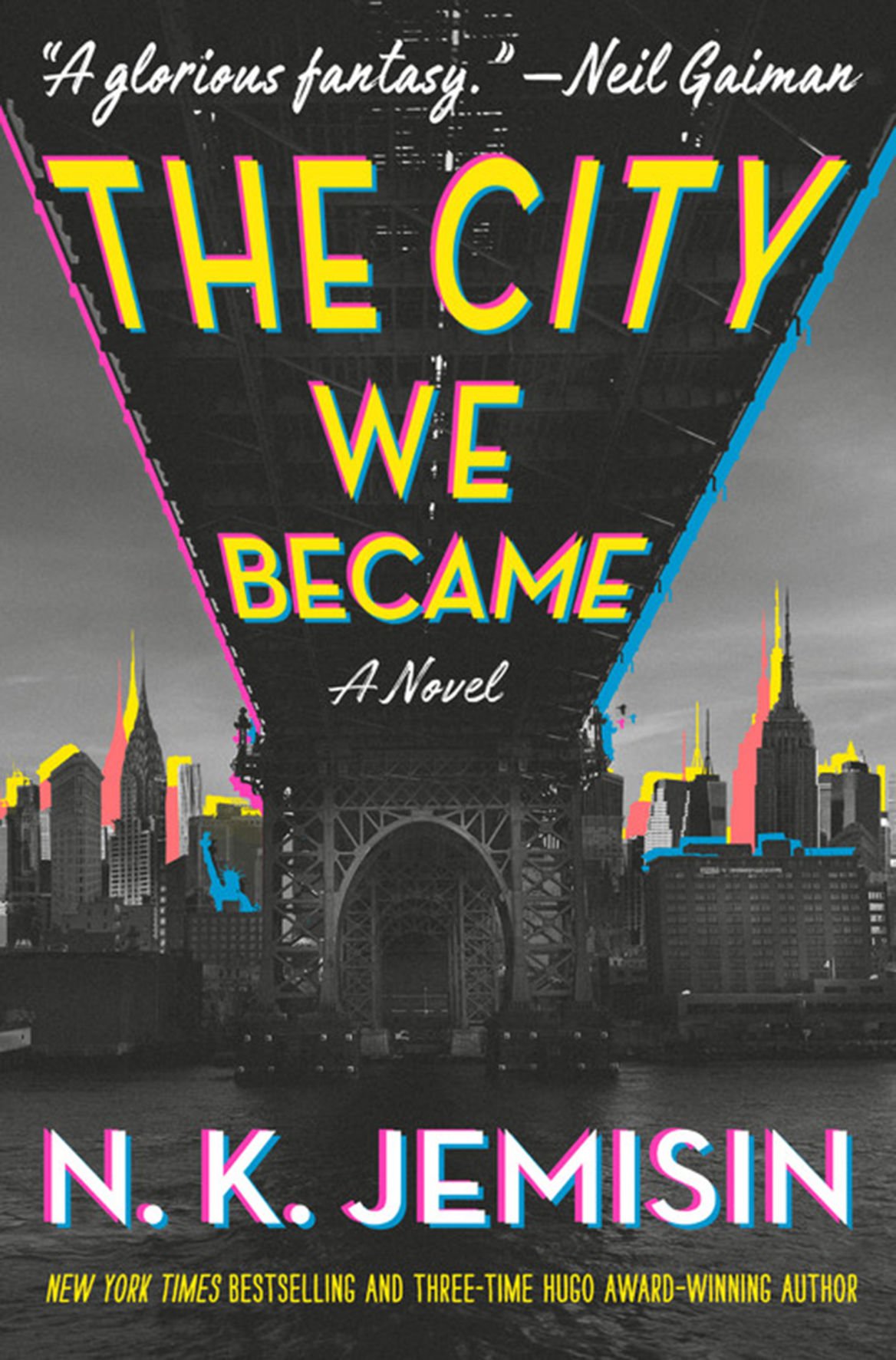 “The City We Became” by N.K. Jemisin. 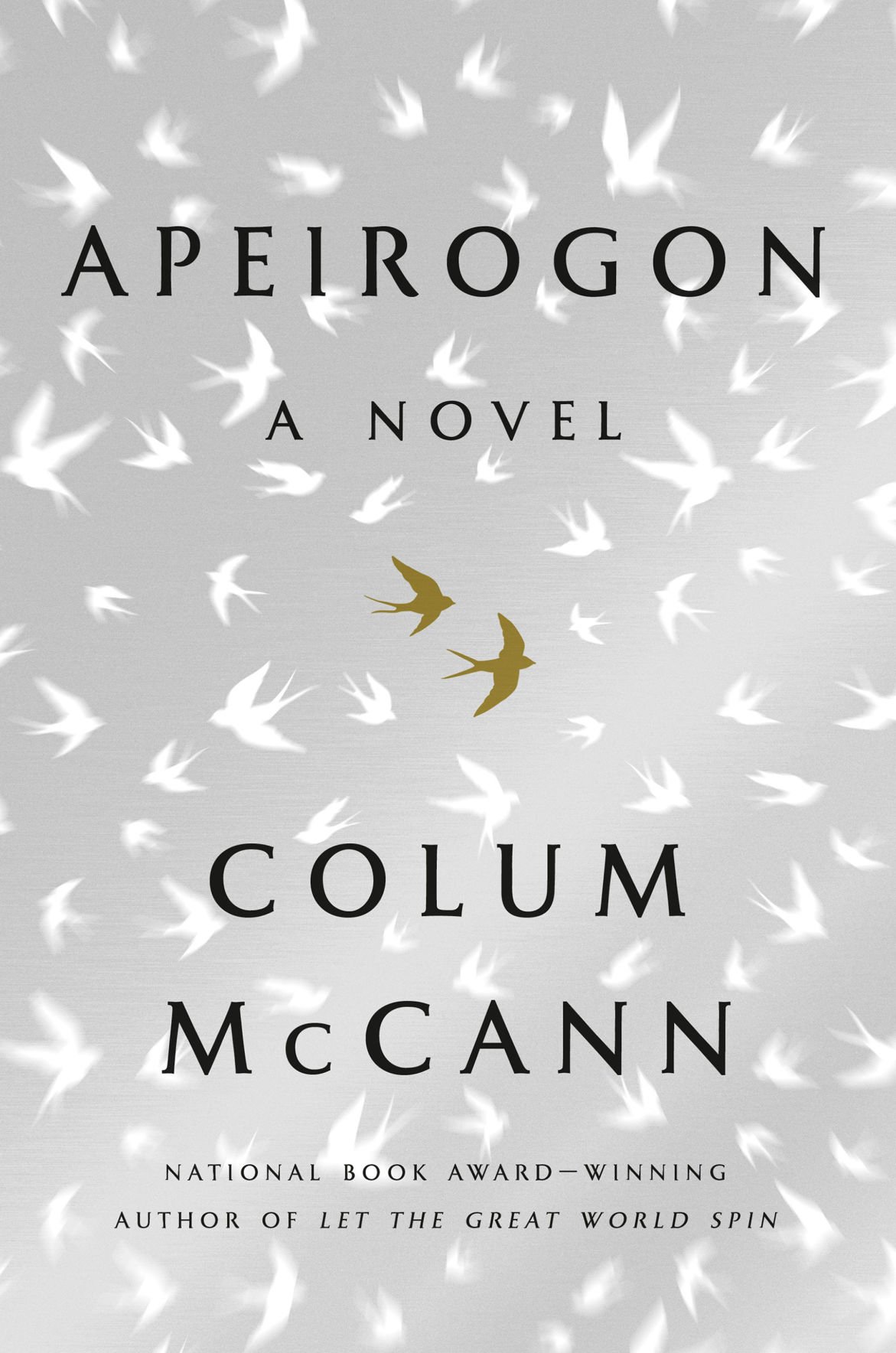 “The City We Became” by N.K. Jemisin.

Every month, AudioFile Magazine reviewers and editors give “Earphones Awards” to the best new audio books — the listens that combine blow-you-away narrations with standout writing.

Here are the ones for April, so go grab your earbuds!

“The City We Became” by N.K. Jemisin | Read by Robin Miles | Hachette Audio

Robin Miles gives voice to everything New York in this fantastical celebration of the city’s spirit. As the novel opens, New York City is going through a transformation — it’s becoming sentient, embodied by six human avatars who represent the city’s five boroughs plus New York as a whole. In the midst of this fragile transition, a hostile entity from another universe is invading the city. New York’s avatars must find each other and work together to reject the alien threat. Miles goes all-in with her energizing performance, making listening a joy.

“Apeirogon” written and read by Colum McCann | Books on Tape

National Book Award-winning and bestselling author Colum McCann narrates this blending of the fact and fiction of a Palestinian and an Israeli father who both lost children to the Middle East conflict. McCann tells this complex and heartbreaking story with compassion and empathy for people strafed by the worst thing that can happen to a parent, the loss of a child.

Man Booker Prize winner Anne Enright’s delivery of her heartrending novel ranks with the best of author/narrator performances. Growing up with a beautiful mother is hard for any girl, but when her mother’s a famous, unpredictable actress, the psychological complexities are stunning. Written with heart and intelligence, the story will carry listeners on a deeply emotional voyage.

Lisa Flanagan uses a calm tone and pace to deliver this gripping story about African immigrants in Berlin, Germany. The audiobook focuses on Richard, a retired widower and classics professor who discovers a group of African refugees staging a hunger strike. He begins an inquiry that transforms his life — and theirs. Flanagan’s delivery is ideal, and her style is perfect for dialogue that, while often disconcerting, reveals the commonality of human existence.

Narrator Ruairi Conaghan has unflappable charisma and dry wit to spare — he’s that professor you wish you’d had in college. O’Neill, a biochemist, has written a fascinating work that offers insights about the nature of human existence, how we’ve come to survive as a species, how the concept of gender was socialized, how automation may have a positive impact on humanity and how we should just embrace death. Conaghan’s performance is a perfect match.

Narrator George Guidall bestows his abundant gifts on this sprawling audiobook on the history of Texas. His melodious tone well serves the often outsized events and unusual folklore of The Lone Star State. Author Harrigan has written a monumental paean to his state. By turns travelogue, political treatise and thoughtful guide to personalities, this audiobook leaves the listener fully satisfied.

Robin Miles gives a flawless emotional narration of this superb novel, set in Ethiopia in 1974 and in 1935, on the eve of Mussolini’s invasion. The story, both epic and deeply personal, is told from the point of view of a woman who is looking back on her and her country’s tumultuous past through the lens of hard-won experience. Miles makes this reminiscence an auditory treat.

Fans of Ortberg will welcome his signature wit in this impossible-to-classify audiobook. Though newcomers may feel slightly adrift, Ortberg’s narration is undeniably powerful. He combines memoir, Biblical exegesis and trans retellings of fiction and myth into a book about gender and transition unlike any other. His narration is multilayered and alive. Every moment of this audiobook is a joy to listen to.

Narrator Suzanne Toren does a masterful job of capturing a distinctive authorial voice in this wide-ranging essay collection. Journalist Barbara Ehrenreich has been commenting on social, political and economic life in the U.S. for more than four decades. Her work is represented here through a thematic compilation across that timespan. Toren’s narration is laced with acerbic wit and sly humor, which pair perfectly with Ehrenreich’s sharply observant writing.

AudioFile (www.audiofilemagazine.com) is the magazine for discovering more about audiobooks. It reviews and recommends the best listening, most interesting performances, and what audiobooks are worth your listening time.