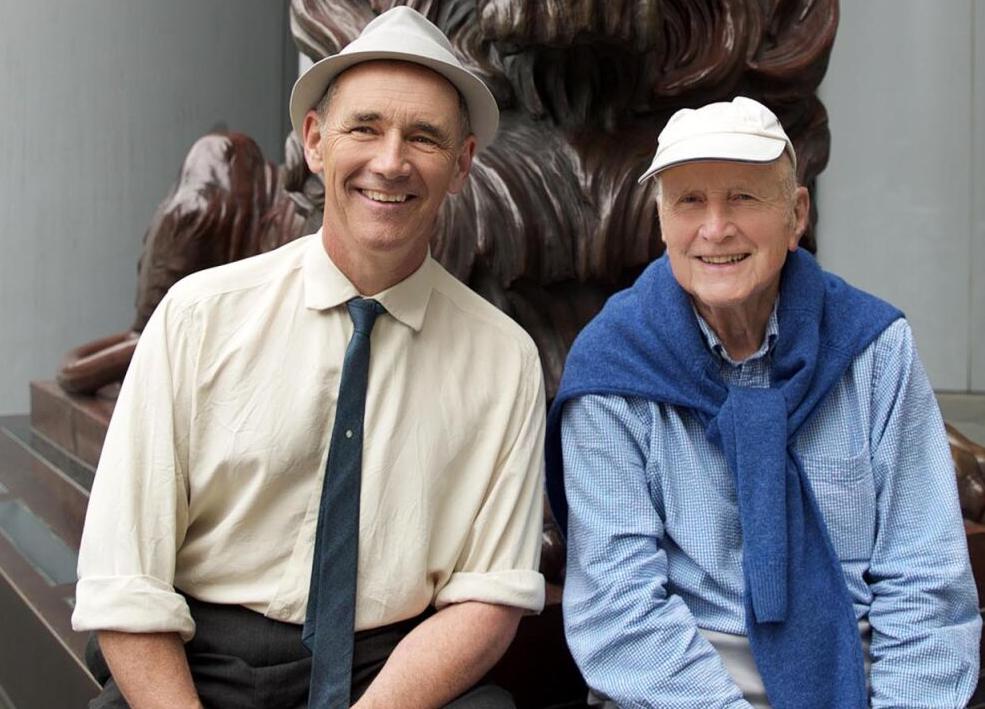 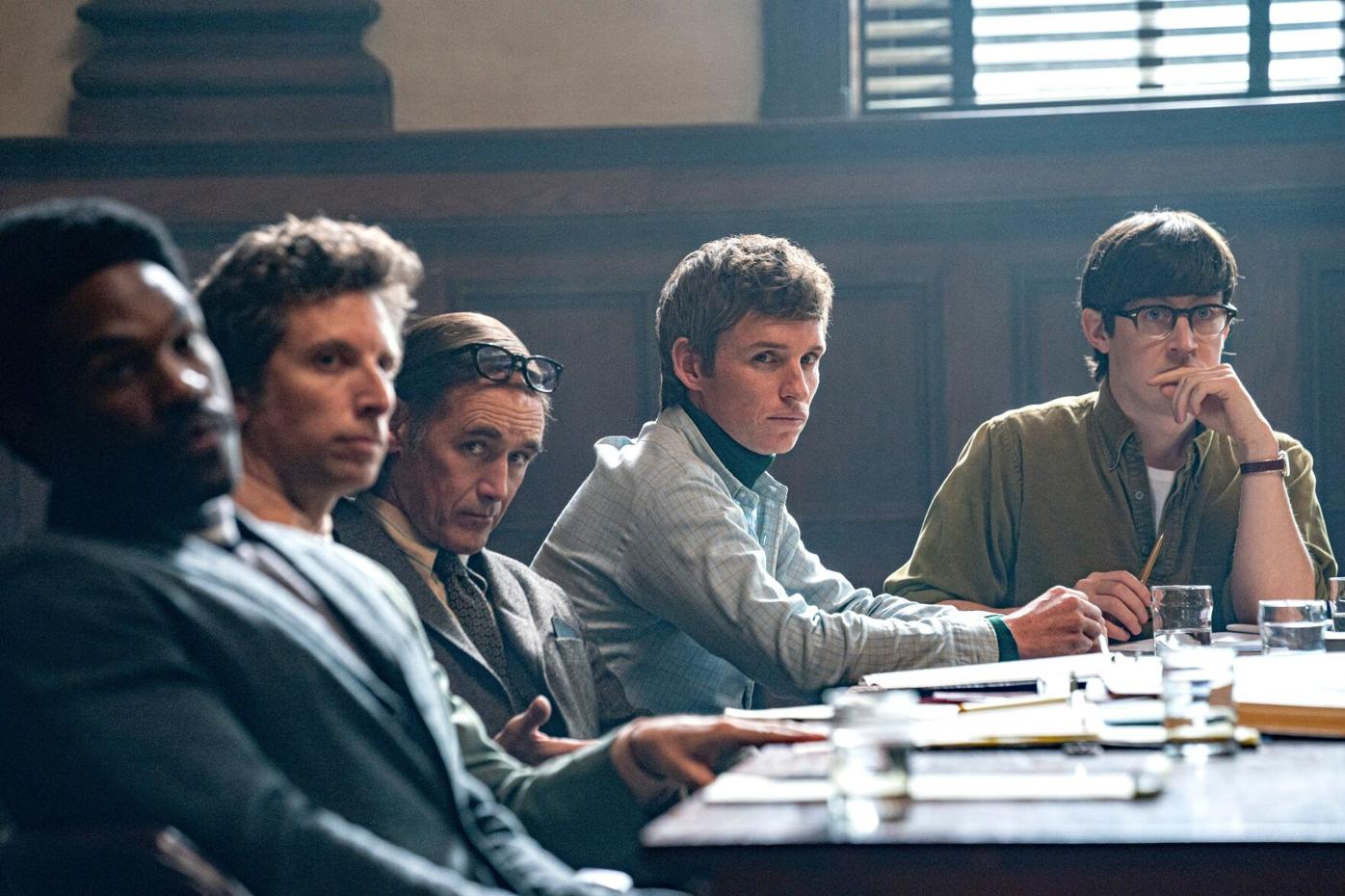 Mark Rylance, third from left, in “The Trial of the Chicago 7.” 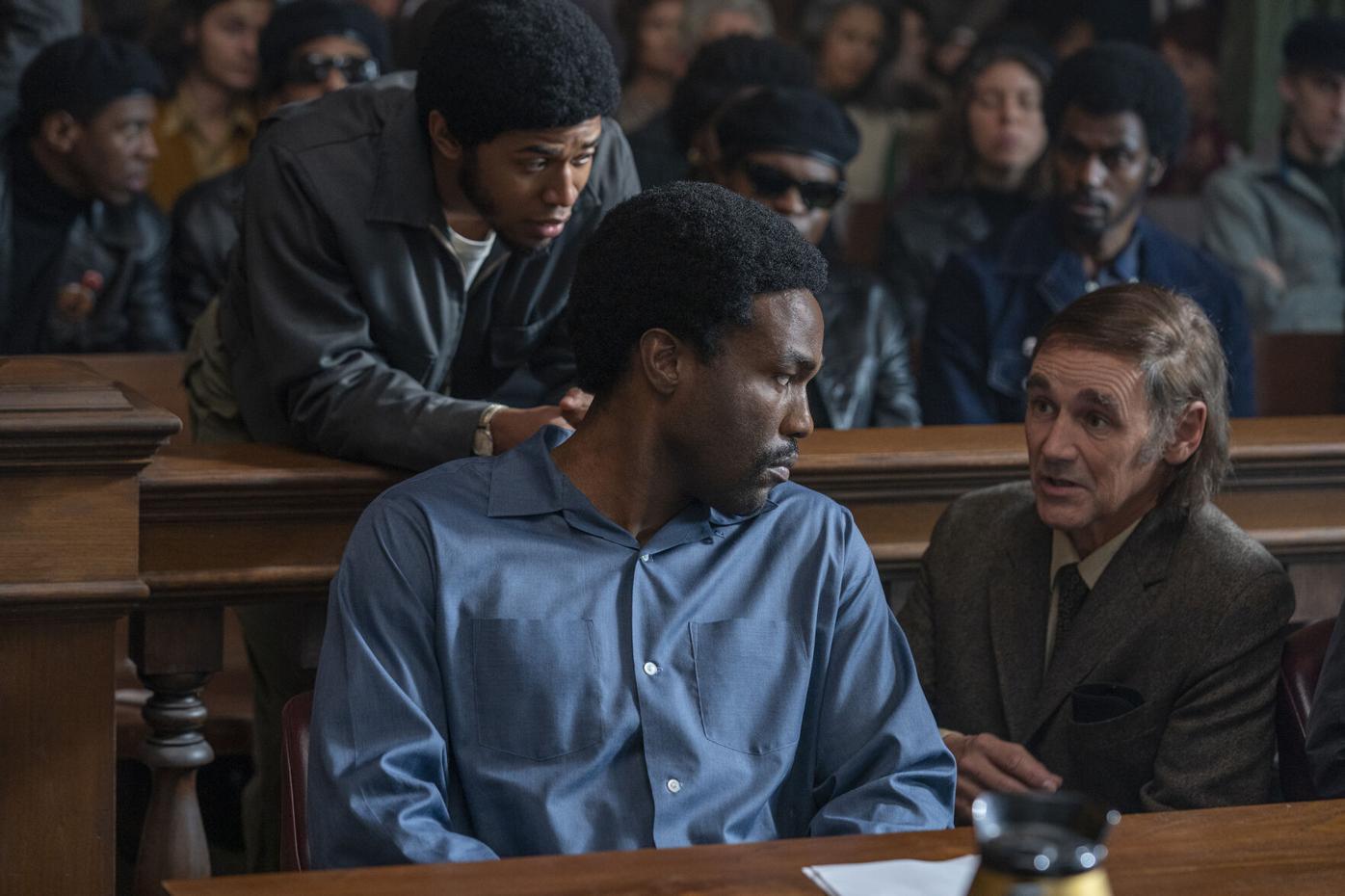 Kelvin Harrison Jr., left, as Fred Hampton, Yahya Abdul-Mateen II as Bobby Seale and Mark Rylance as William Kuntsler in "The Trial of the Chicago 7."

Mark Rylance, third from left, in “The Trial of the Chicago 7.”

Kelvin Harrison Jr., left, as Fred Hampton, Yahya Abdul-Mateen II as Bobby Seale and Mark Rylance as William Kuntsler in "The Trial of the Chicago 7."

Most of what we know about World War II we learn from dry history books. But there are living memories of that mortal conflict, and PBS’ “My Grandparents’ War” brings us celebrity witnesses to that struggle.

Mark Rylance (“Wolf Hall,” “The Trial of the Chicago 7”) is among the actors in the series who retrace the perilous footsteps of their grandfathers during the war.

“When they discovered that both of my grandfathers were in Japanese prisoner of war camps — one in a civilian camp and one in a military camp — they contacted me and said, ‘You know, we would fly you there. But more importantly, we’ll put all of our researchers onto the question of what happened to them, if you are content with us to tell you that information in front of the camera.’”

Rylance, no stranger to the camera, quickly agreed. The filmmakers flew him to the site where his grandfather had fought the enemy on Christmas Eve and promised to follow up with more evidence about the event.

“I asked if I could bring my father with me. And though he only appears for a moment in the film, he was there with me at every occasion. And we were able to speak and weep together and laugh together and talk together during the whole thing. So who wouldn’t like that kind of experience in your life? It was very, very rich. The film’s just the kind of top part of the richness of it for me,” he says.

Rylance didn’t know his paternal grandfather, but was very close to his mother’s father.

“I spent a good number of weeks every summer, fortunately, with my grandmother and grandfather who retired to Kent,” he recalls.

“And though I was living in Milwaukee, Wisconsin, at the time … my parents would teach in the summer and fly us back to England and dump us at our grandparents’ house.

“So I knew my mother’s parents very well. I never met my father’s father. And didn’t know him at all. Nor did people speak about him much. My mother was upset with her father, my grandfather, because they had left her in boarding schools after the war,” he says.

Rylance harbors tender memories of his maternal grandfather. “As a little boy, at the end of the day and the beginning of the day, he would go down to the orchard and open a kind of glass house he had there, which is in the film,” recalls Rylance, 61.

“A ruin of it is there still ... had grapes in it. So I would walk with him in the morning and the evening. And he was very, very, very kind and very fatherly to me, and I loved him very, very dearly. Very, very dearly. As I did and do my grandmother. He laughed a lot. He loved watching cricket, which I didn’t really understand, being a baseball player ...”

“And I thought of all those Christmases that he must have always remembered in this terrible way when he was shot, and over 50% of his volunteer defense corps were killed around him. And he witnessed the atrocity that he witnessed ... He certainly was tested as a Christian. His faith was really tested as a man.”

Tom Anstiss, producer of the four-part series (which premiered in some markets on Sunday) says that Rylance was the first actor he approached.

“All I knew about Mark was that both of his grandfathers ... were prisoners of war. And that was what I felt was a very untold chapter of the war, and a very important chapter of the war. So I went to see Mark. And since I met Mark, I just went, ‘Wow, this is a story that must be told. This is a really important human story. And, frankly, there’s a feature film in there, let alone a TV documentary.’”

“We listened very carefully to all the actors about what was emotionally important to them and what was important to find out,” says Anstiss.

“And then we kind of plotted a journey on what we thought they wanted to know.”

They arrived at a unifying theme, says Anstiss. “It’s a combination of not just family history, but social history and political history. So their grandparents’ stories become the prism, if you like, from which they explore untold stories of World War II.”

Rylance agrees. “I think these big, major wars are very important to know about,” he says. “There’s obviously a very sharp end of damage done to people, including death or injury, physical, psychological, soulful, spiritual. But there are repercussions to generations as well.

“The ancient way right back to the Bible — to heal these things ... is to bear witness and to give witness and bear witness. It is the ancient talking remedy for all things — isn’t it — I think, to hear and to listen.”

Both of the actor's grandfathers were in Japanese prisoner of war camps —one civilian and the other military.

‘Wow, this is a story that must be told. This is a really important human story. And, frankly, there's a feature film in there, let alone a TV documentary.’” — producer Tom Anstiss, about why he wanted to tell Mark Rylance's story