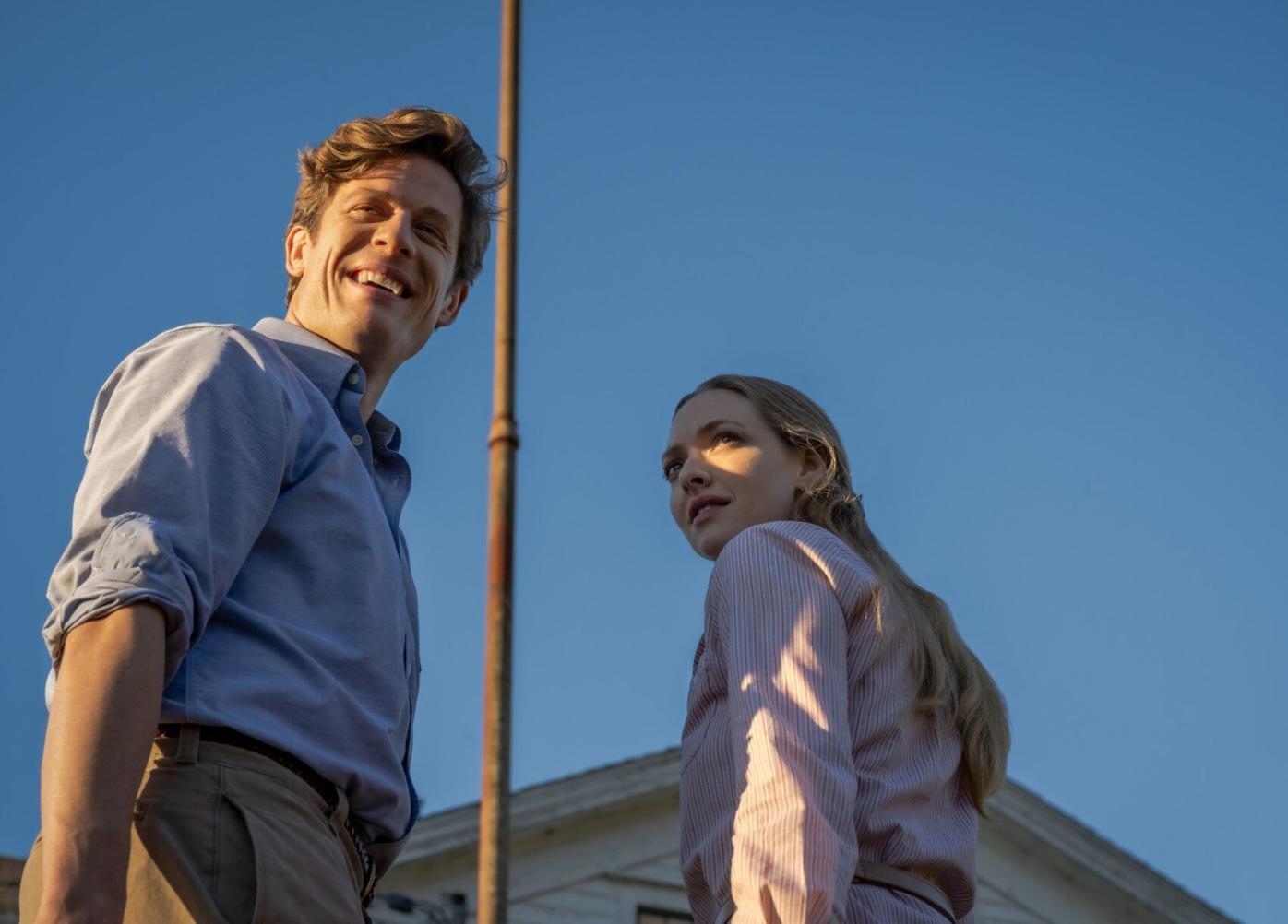 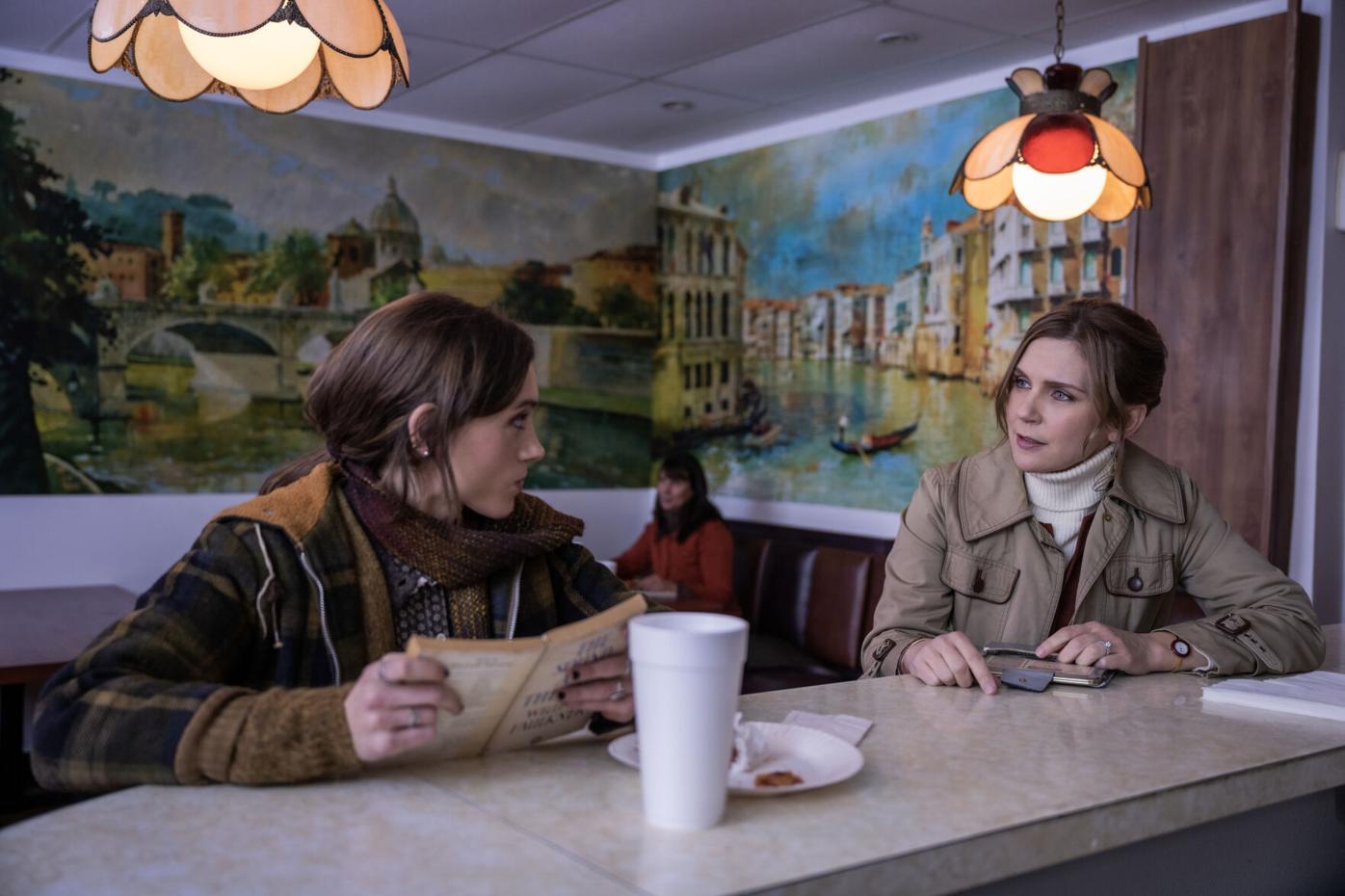 Natalia Dyer, left, as Willis and Rhea Seehorn as Justine in “Things Heard and Seen.” 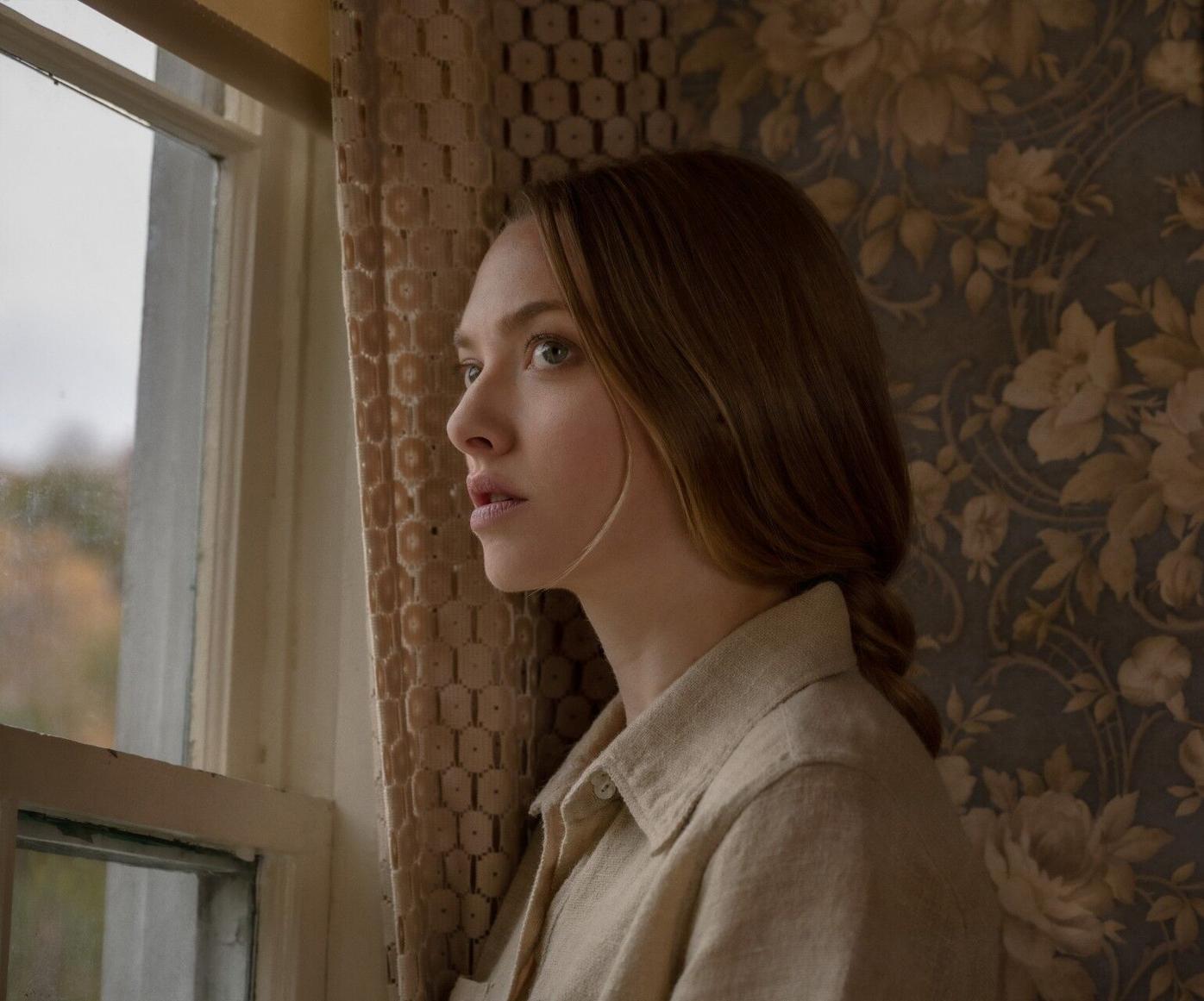 Amanda Seyfried as Catherine Clare in, “Things Heard and Seen.”

Natalia Dyer, left, as Willis and Rhea Seehorn as Justine in “Things Heard and Seen.”

Amanda Seyfried as Catherine Clare in, “Things Heard and Seen.”

A Manhattan couple moves to a farm community in upstate New York in “Things Heard & Seen,” and when an acquaintance reminds them they’re in Headless Horseman country, it’s not surprising that those things heard and seen aren’t going to be puppy dogs and rainbows.

But this slow burn drama is just as much a character study as it is a ghost story. It doesn’t have jump scares a la the “Conjuring” movies or loud crashes like the “Insidious” chapters, but it’s an intriguing story about a faltering marriage and a house built on a foundation of lies, with the spirit world lingering just within reach.

Amanda Seyfried is Catherine Claire, an artist married to her professor husband George (James Norton), who has just accepted a new job at a small university in Chosen, New York. George quickly becomes the most popular professor on campus, especially with his female students. His open flirtation with one young girl in town (“Yes, God, Yes” Natalia Dyer) yields unsurprising results.

Meanwhile George’s department head Floyd (the great F. Murray Abraham) is an open believer in the supernatural. When Catherine reports to him a series of strange occurrences inside their house at night, he opens her eyes to the hidden history of their home and the patterns of the past her marriage is following.

Directed by Shari Springer Berman and Robert Pulcini (“American Splendor,” “The Nanny Diaries”), “Things Heard & Seen” is a quiet study of a man whose world is unraveling set against the backdrop of a psychological horror tale. (It’s based on Elizabeth Brundage’s 2016 novel “All Things Cease to Appear,” which frankly has a better title than “Things Heard & Seen.”) Seyfried and Norton are believable as the couple at its center, and Berman and Pulcini paint them into a world that’s beginning to crumble around them.

Yes, things go bump in the night, but in “Things Heard & Seen,” the scares are mostly of the domestic variety.

Things go bump in the night, but in "Things Heard & Seen," the scares are mostly of the domestic variety.